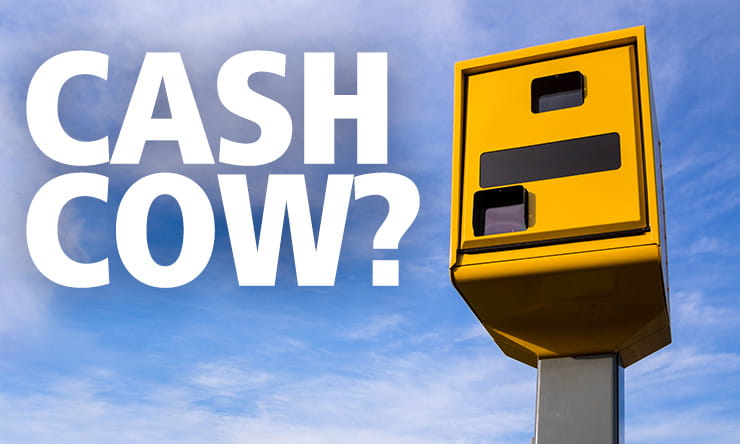 A major study has concluded that speed awareness courses are a success, finding that 23% of those opting to have a day of education, rather than taking three points and a fine, are significantly less likely to reoffend.

The study – commissioned by the Department for Transport and based on 2.2 million drivers and riders – found that the courses, which were first launched in 2003, appear to have a lasting impact, with the reoffending rate still up to 13% lower after three years.

In 2017, a record 1.4million drivers and riders took the half day courses instead of accepting penalty points and a fine, though at £100 it can be the more expensive option.

The popularity of these ‘get out of jail’ courses has, however, attracted controversy, with allegations of police ‘trimming’ a speed by the odd mile an hour to allow a rider to qualify for a National Speed Awareness Course (NSAC), which would increase police funds and not those of the treasury. The courses have also been claimed by some to be too ‘soft’ on drivers who have broken the speed limit, and a ‘cash cow’ for the police.

Earlier this year Chief Constable Anthony Bangham, the country’s road policing chief, claimed that the courses are being overused, and motorists who break the speed limit should lose points and face fines. However, the independent research appears to justify the use of the courses instead of ‘punishing’ motorists; drawing data from 13 police forces between 2012 and 2017, the research found that after six months, 5% of those who took the speed awareness courses went on to reoffend, compared to 7% of those who took the points.

The research also suggested that those who took the courses would adjust their braking distances and were less likely to be involved in serious collisions that caused injury.

Roads minister Jesse Norman said: “The UK has some of the safest roads in the world, but we are always looking at ways of making them safer, which is why I am delighted to see that the National Speed Awareness Course is clearly working well in preventing drivers from putting other road users at risk by breaking speed limits.”

David Davies, executive director of the Parliamentary Advisory Council for Road Safety, said: “These findings are a win-win for both drivers, and riders and for road safety. We knew that drivers who attended speed awareness courses found them useful and preferred them to penalty points, which have no educational value. Now we know that speed awareness courses also have bigger safety benefits.”

Edmund King, President of the AA, said: “Contrary to popular belief, the vast majority of drivers and riders accept the use of speed cameras, and those who have been on a course are more aware of the dangers of inappropriate speed, and the majority would recommend courses for others.”

What is a speed awareness course?

The National Speed Awareness Course is usually a half-day theory-based workshop, designed to help the rider recognise speed limits, address their reasons for speeding and give them information to help reduce the likelihood of them speeding in the future. Completing the workshop means that you will not have to pay the Fixed Penalty Notice, and you will not get penalty points on your licence.

There are up to 24 people on each course, usually with two trainers. The people attending are of all ages and driving experiences, and the event is held in a relaxed setting in order for attendees to assess their behaviour and gain tips to reduce the likelihood of them speeding in the future.

How much do the police make from speed awareness courses?

Course fees go in part to the police, whereas a fine goes directly to Her Majesty’s Treasury. In September, the police had its share of the course fee increased by nearly 30%, from £35 to £45 per driver or rider, meaning it pocketed £56.7million in 2017. The courses are now used by 41 of the 43 police forces in England and Wales.

How fast can I go and still get on a course?

To qualify for a National Speed Awareness Course, you must not have been convicted of any other speeding offences in the past three years, and the speed at which you break the limit needs to be within a specific range – 10% over the posted speed limit plus 2mph, but below 10mph plus 9mph:

Do I need to tell my insurer if I go on a national speed awareness course?

It’s not a legal requirement to notify your insurer after attending a speed awareness course, as it’s not a conviction or prosecution, however you must declare it if specifically asked. As a broker, Bennetts has never – at the time of writing – known any of its underwriters request this information from customers.

Do you think speed awareness courses work? Tell us below…