Rider skills: how fast should I ride at night? 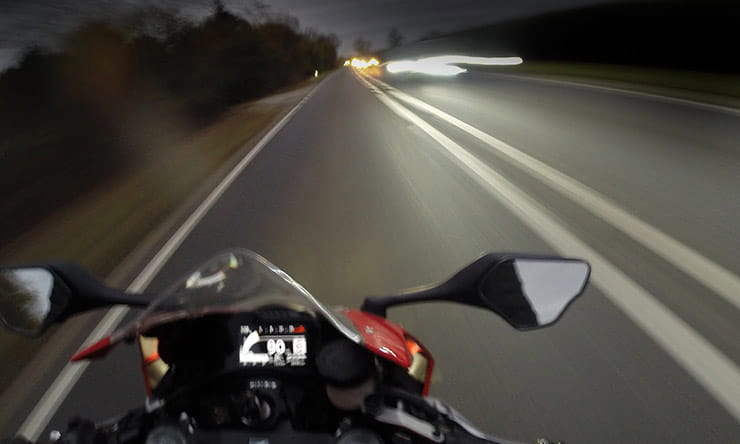 Given that most of us tolerate night riding rather than practice and hone it, we thought we’d ask riding guru Gary Baldwin what we should do to increase our skills and lessen the chance of visiting a hedgerow.

What are the main risks?

The problems tend to stem from your conspicuity, which becomes a problem at night because motorcycle headlights can get lost among the lights of following vehicles. So while you might think you can obviously be seen, when a driver at a junction glances up the road, what he sees is the car behind you. Your lights blend in with the following car. I’ve attended several crashes where the drivers said he thought the rider was miles back.

What about gauging speed at night?

Yes, it’s more difficult for drivers to judge the speed of a point of light (ie your headlight) than an entire object so you have to increase the safety margin at night. You need to give drivers more of a chance to get things right. Going faster than they expect in the first place is clearly not a good idea. 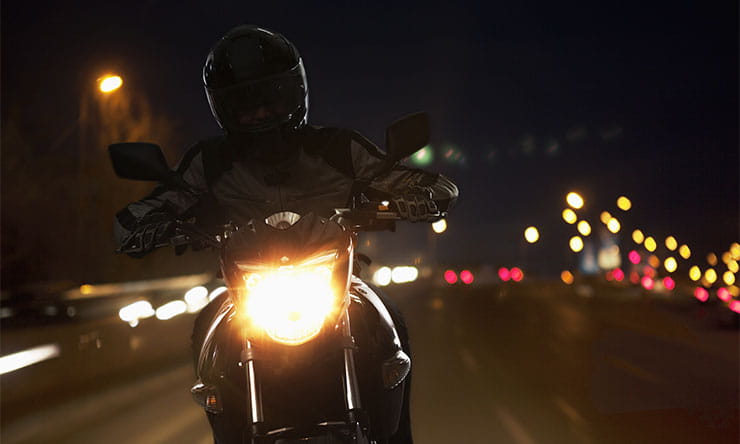 How much should I slow down?

Probably more than you think. If you take the advice given in the highway code that you must be able to stop in the distance you can see, you’d rarely exceed 30mph on unlit roads at night. This is unrealistic, but you have to accept that on a bike it is quite important to view the bit of road that you’re driving down, which means you will have to slow down.

Really? Even if I know the road?

Besides seeing where the road goes, you need to see what’s on it. While you can drive over things like branches, bits of exhaust and lumps of mud in a car and it won’t make much difference, on a bike it could be disastrous. And if you find something lying in the road that you’ve only seen when your headlight picks it up, you’re pretty much committed. You’re going to ride over it. In my area we have a lot of rural roads and the thought of hitting a badger focuses my mind.

So on unlit roads - especially twisty ones - you have to compromise something and it’s usually speed. If you’re on the motorway, the amount you compromise is virtually zero because there won’t be a hairpin, you have plenty of space around you, and the chances of finding an object in the road are low. But on a windy country road, you should probably slow down a fair bit. Otherwise you can easily find yourself travelling faster than you want, with very little view, riding a little bit on trust, hoping everything will be alright. Clearly this isn’t a sensible way to go. 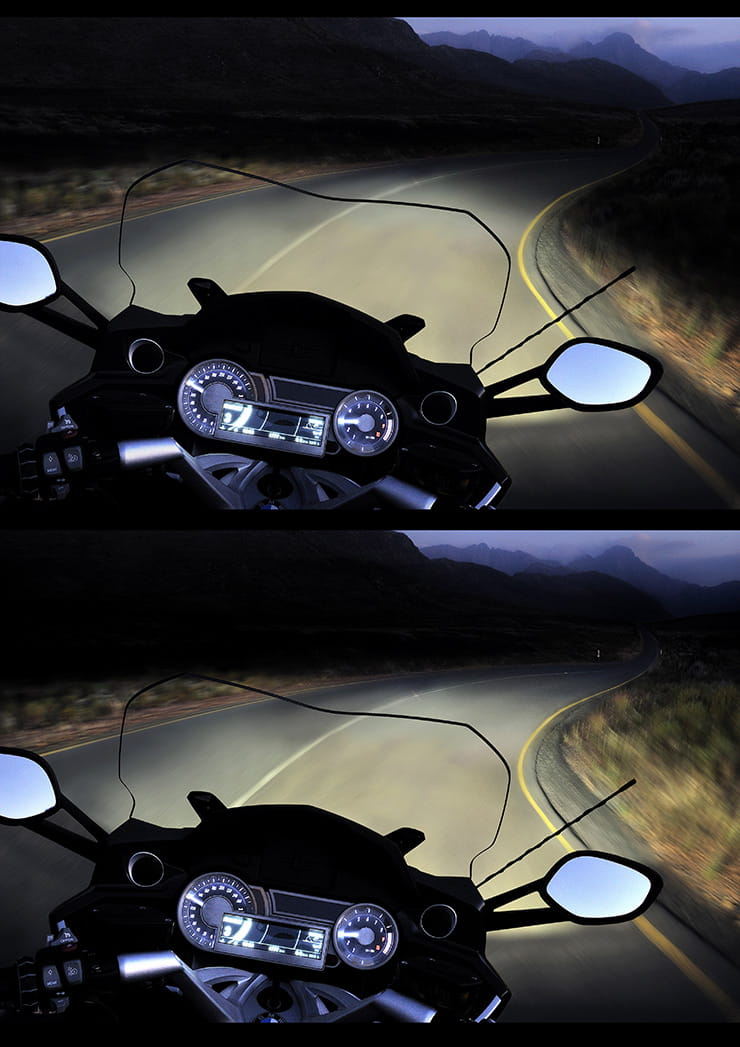 Why are my headlights so useless?

Unless you’ve got a fancy BMW or KTM with cornering headlights that point round the corner when the bike is banked over, your motorcycle will do everything it can to stop you seeing where you’re going round corners at night. When you tip in - especially on right handers, where the beam is angled down to stop it dazzling oncoming traffic - the geometry of the bike cuts off precisely the area you want to see. And if you brake before the bend, the forks dip, reducing what you can see even more. It’s not so bad on main beam, but on dipped it can be severe.

Yes – fatigue. If you’re making progress down an unlit twisty road, night riding can be very tiring. You’re constantly trying to suck information out of a very limited view, which can be exhausting. It’s good to be aware of this and take more breaks to recover. Also, make sure you do the obvious things like keeping your visor clean, adjusting your headlights and stopping for a coffee if you feel sleepy and/or cold.