Riding skills: Why some of us ride like idiots 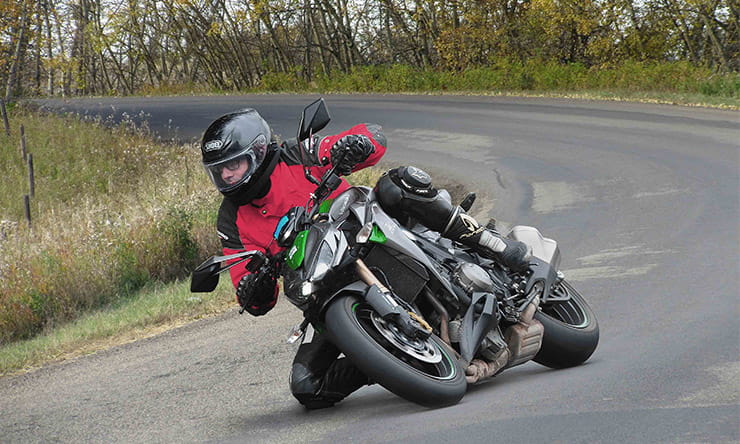 B-road, dodgy-surface, looks cold… why is he going quite this fast? Because he’s in Child mode, and rationality has flown out the window along with fear…

So go on then, why do some of us ride like idiots?

Before I answer that, we need a theory called Transactional Analysis. This says that when you interact with someone you adopt one of three basic roles - Parent (superior know-it-all), Adult (clear thinker), or Child (highly emotional). This also applies when you’re riding and is useful in understanding why some people ride like they do.

And, problems arise when we ride as a child?

Yes. Many of us ride in Child mode all the time because for lots of us riding is an emotional experience - it’s good fun, we love doing it, and it brings out the child in us. That’s one reason why sportsbike riders in particular can get themselves into trouble because riding a powerful bike fast is so much fun that the riders are lured completely into Child mode and consequently don’t consider risks or think rationally, or indeed at all. They’re immersed in playing.

So it’s better to be in Parent mode?

Not much, because then you’ll regard everyone else as an idiot and you’ll believe that you’re the only one on the road who knows what he’s doing. It’s impossible to improve your riding and learn when you’re in this mode.

So what can we do?

It’s useful to be aware of what state you’re in when you’re riding, so if you can feel yourself drifting too far towards Child mode, you know that might compromise your safety because your decision making won’t be great and you become less aware of danger. And if you find yourself in Parent mode, it’s important to realise that you won’t get any better because you’re not open to learning – and don’t forget that being right doesn’t make hospital food taste any better.

And how does that apply to other traffic?

Take the all too common incident of a car pulling out in front of you without looking, causing you to swerve or brake sharply. If you behave as a Parent, you’d be superior and judgemental, saying something like ‘look at that bloody fool, didn’t even look’, and you might then get off your bike and explain to him why he’s an idiot.

And if you’re in Child mode you just kick off?

Yes, you’d start swearing and shouting and might go and punch him - you’re having a tantrum. The obvious risk here (apart from the assault charges) is that you’ve handed control of your behaviour over to another road user - you’re allowing him to affect the way you behave.

And in Adult mode you just put up with the berk?

Not exactly. If you can stay in Adult mode, you can calmly wonder why he pulled out, ask yourself if you could have done anything different, maybe adopted a different road position or adjusted your speed. In this mode there’s a chance you could learn from the situation - even it was totally their fault. Also, because you’ve thought about it, there’s more chance you’ll recognise that situation in the future and perhaps take a different action. But if you’re in either of the other modes - parent or child - then you can’t learn, because you either think you know it all already, or you’re not thinking at all because you’re behaving like an emotional child.

Doesn’t the end result depend on what mode the car driver is in?

It does. In the car-pulling-out scenario, when you behave like a parent to someone else, they often respond like a child. So if you get all superior with the car driver, they’ll get highly emotional with you and it won’t be a constructive interchange, to put it mildly. If you can stay in Adult mode, there’s a chance you’ll both come away with something from the interaction - hopefully you’ll both learn.