Rider skills: how to match a bike to your riding

Mark Edwards is an instructor for the hugely-respected Rapid Training, ex-racer, and was a bike cop for 18 years. You can book a course at www.rapidtraining.co.uk or call 01296 630638. 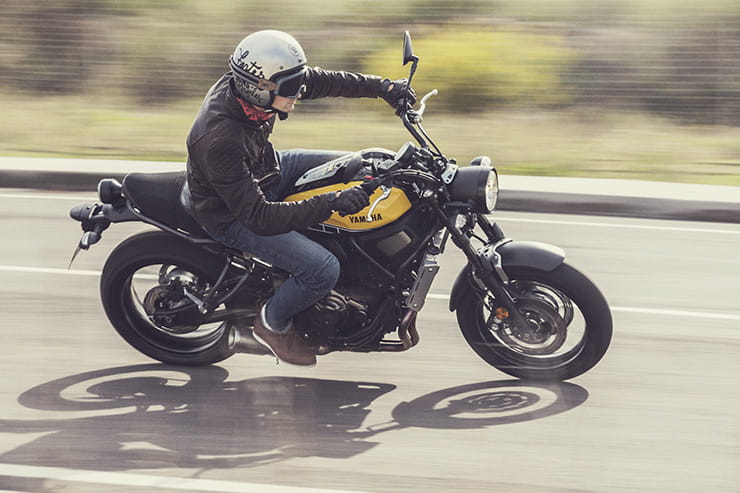 Above: If you’re not confident on a bike, you’re not likely to enjoy it. Passing your Direct Access and getting an XSR700 like this is a more likely route to joy than splashing out on a massive adventure bike

Surely people are allowed to buy the bike they like most?

Of course. But I see a lot of people who have over-biked themselves. Because riders are generally coming into biking a bit later now, in their late 20s and 30s, and they have a few quid in their pocket, they do direct access and launch themselves straight onto a big bike. They don’t realise they’ve missed a huge chunk of motorcycling that would have given them a really good grounding - and been great fun. You learn a lot while riding a smaller bike because it’s more forgiving and easier to handle.

So what’s the problem?

I see a lot of people on these big bikes - GSs, Explorers, litre sportsbikes - and they don’t really understand how to ride them, and don’t get the best out of them. One of the obvious problems they have is struggling with the weight at car park speed - lots of riders tell me that they’ve dropped the bike in a petrol station or car park, and they really shouldn’t be doing that. By the time you get to be riding a big bike, you should have picked up the machine control necessary to cope with the slow stuff. They should have got all that learning out of the way on a smaller bike, which they probably wouldn’t have dropped anyway because they could have held it up and got away with it. 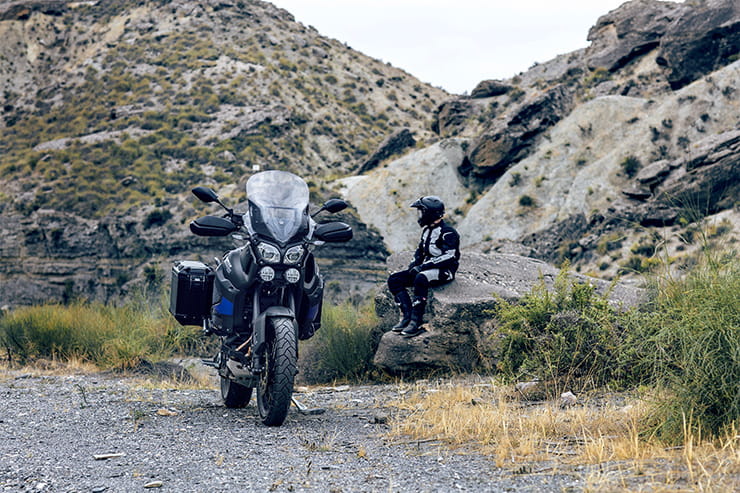 Above: You might think he’s further away but he’s not. It’s just a very big bike.

OK, so I might paddle it round in carparks, but that’s not exactly dangerous...

Yes but out on the road the main problem I see is that a lot of riders are not in full control of the bike - it seems to be in charge of them rather than the other way round. They’re not at one with the bike, so for example it gets away from them under acceleration and then they have to panic brake to get it back down to a manageable speed. They’re not gelling with it.

Part of the problem is the way bikes have been marketed, because despite there being some great middleweight bikes out there, many riders I train still feel they’re not proper motorcyclists unless they have a big 1000cc-plus bike. So they’ll think they need a 1200GS to be a biker, when they would get much more enjoyment from something like a Street Triple, MT-07 or F800.

But my GS has got ABS and traction control. Surely that makes it safer?

Not necessarily. You would probably be better off with a straightforward motorbike with no complications that you can just get on, not worry about buttons or huge weight, and just ride. That’s what it’s all about. The trick is to try and separate the pride of ownership side from thinking about what you’d enjoy most. So instead of buying a top of the range Ducati Multistrada and not worrying too much about how well you’ll be able to ride it, you could instead get a Scrambler and have a couple of years of improving your riding on a bike you feel confident on while having a great time too. Unless someone is unusually talented, you can’t shortcut that process - going on advanced training courses helps of course, but they can’t magically make you a good rider in a day. You need hours in the saddle of a bike you feel confident on. 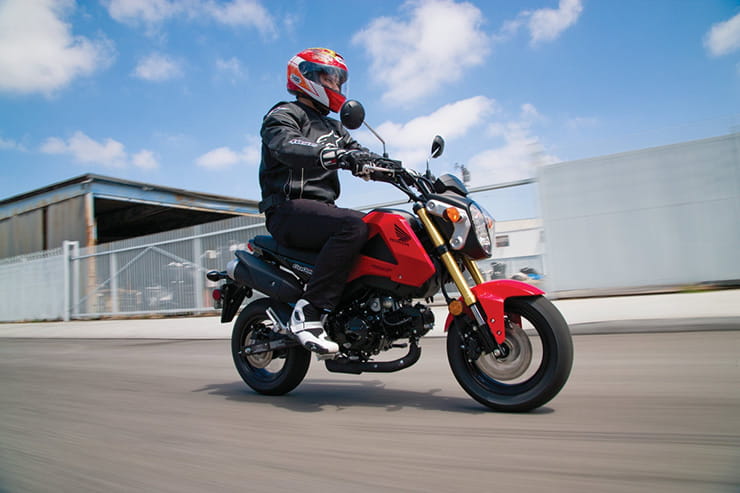 Above: OK, so that’s taking the small bike thing a bit far. But have you ever ridden a Honda Grom. You’ll be giggling within seconds

You keep going on about adventure bikes. Do you have a problem with them?

Not at all. It’s a same story with sportsbikes, where lots of riders want the bike for what it is, rather than what it can do for them. They like the ownership of it but often not the experience of folding themselves onto it and riding. I don’t want to be preachy about it, and the last thing someone wants to hear is that they’ve bought the wrong bike, but I do wonder if I should mention that they’d have a lot more fun on a lower capacity, more comfortable bike.