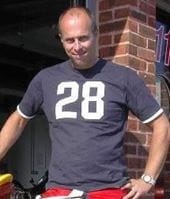 We don’t see so many crashes at night, but I think that’s because there aren’t so many motorcyclists about. As a proportion of the riders doing it, it’s probably quite high. 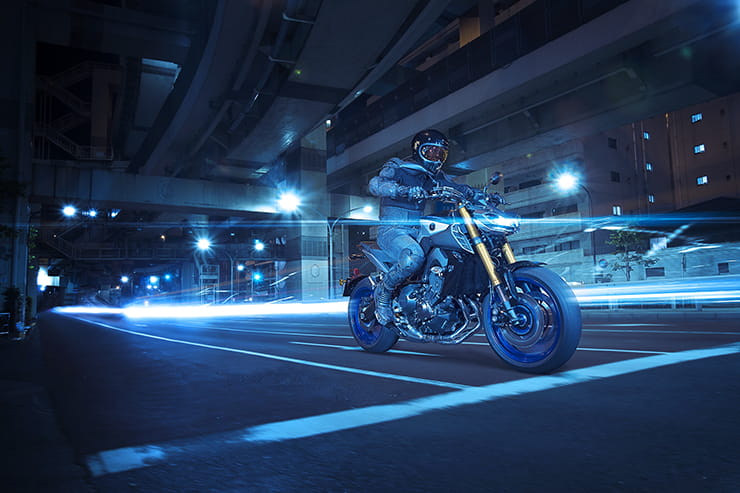 Urban areas get more dangerous at night because you get swallowed by the car lights behind you. Matey’s dark visor isn’t helping his vision either

What are the common night time crash causes?

In rural areas one of the biggest dangers is hitting things you can’t see – a dead badger, a deer… they’re big buggers and by the time you’ve picked them out with your headlights you’re almost certainly going to hit them. On unlit roads – especially twisty ones – you have to compromise something and it’s usually speed. If you’re on the motorway, the amount you compromise is virtually zero because there won’t be a hairpin, you have plenty of space around you, and the chances of finding an object in the road are low. But on a windy country road, you should probably slow down a fair bit. Otherwise you can easily find yourself travelling faster than you want, with very little view, riding a little bit on trust, hoping everything will be alright. Clearly this isn’t a sensible way to go. 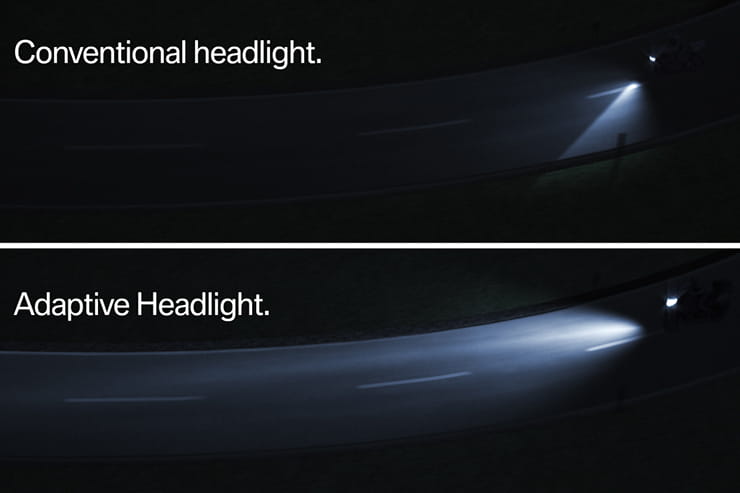 Tip into a corner at night and your headlights illuminate the wrong thing, leaving you blind. This shot shows BMW’s clever adaptive lights which adjust for lean (on the wrong side of the road, because the pics were taken in Germany)

There are advantages to riding at night though…

Yes, you can see a lot of things that you normally couldn’t see – the line of the road lit up by the headlights of cars coming towards you. But there’s always a presumption that things are as they are – head-ons at night are generally because someone is on the wrong side of the road but no-one knows it until it’s too late. All you’re looking at is a set of lights, and by the time you’ve perceived that something’s wrong, it’s generally too late.

And that presumably applies in town too?

Yes, it’s more difficult for drivers to judge the speed of a point of light (ie your headlight) than an entire object so you have to increase the safety margin at night. You need to give drivers more of a chance to get things right, especially at junctions. Going faster than they expect in the first place is clearly not a good idea. 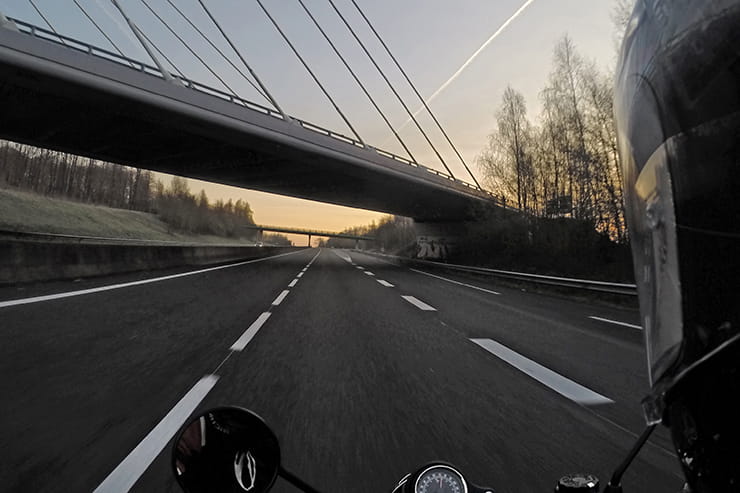 How much should I slow down?

Probably more than you think. If you take the advice given in the highway code that you must be able to stop in the distance you can see, you’d rarely exceed 30mph on unlit roads at night. This is unrealistic, but you have to accept that on a bike it is quite important to view the bit of road that you’re driving down, which means you will have to slow down.

What about dayglow kit?

The big issue for us as motorcyclists is that if something causes us to fall off at night, then we’re lying in the road and we’re difficult to see. That’s why I’d suggest wearing reflective – not fluorescent or dayglow – kit. It could make all the difference at night if you’re off the bike. We see it all the time with pedestrians – getting hit at night because drivers can’t see them is probably the most common cause of death for pedestrians.