Rider skills: is it ok to do wheelies? 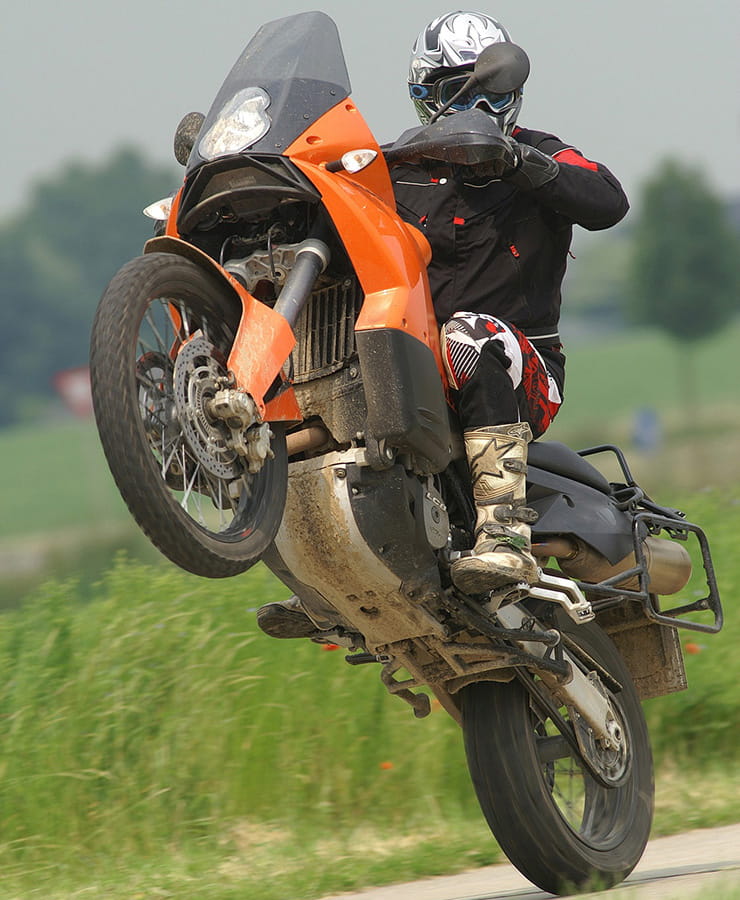 Good height, looks under control, quiet road, and glancing at the photographer is a nice touch. But a magistrate would remove his licence for ages if he was caught.

EXPERT: Gary Baldwin, Director of hugely respected Rapid Training, professional crash investigator, and ex-racer. You can book a course at www.rapidtraining.co.uk or call 01296 630638

What about wheelies? Harmless fun?

Not always, no. As a crash investigator I see quite a few accidents that have been caused by wheelies. I’m dealing with one at the moment where someone seriously injured two pedestrians who were presumably the people he was showing off to. The problem is that even if people do lots of practice, it’s usually in areas that are quiet and well controlled. But when they try to show off, it’s often not in those circumstances and it only takes something to go slightly amiss for it to end in tears.

And presumably, it’s a legal nightmare?

Yes, a wheelie will never ever go down well with the retired teacher on the magistrates bench. It doesn’t matter how technically brilliant the wheelie was, you will always be seen as a lunatic. Their minds are closed on the matter. As soon as you do a wheelie anywhere someone can see you, you’re holding up a flag saying ‘book me’. A well-timed, well-executed wheelie does bring a smile to my lips, but from a legality point of view, there’s no hope. 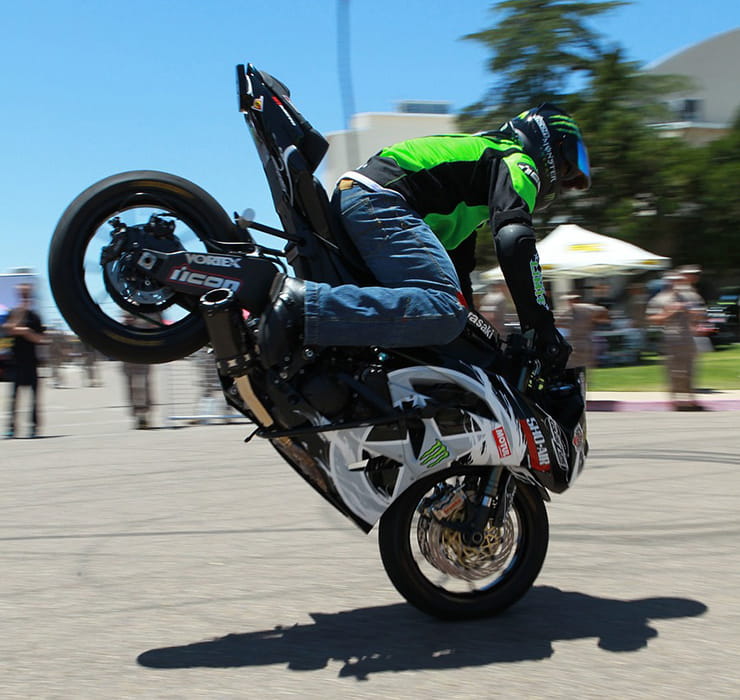 An IAM member practicing his emergency braking yesterday. OK, probably not, but legally, you’re on safer ground with stoppies

But a wheelie takes skill. Surely that’s worth something?

Practicing wheelies will improve your control, balance and feel for the bike to a certain extent, but the basic skills you need to wheelie - dropping the clutch suddenly at the right revs, overcoming your instinct to shut the throttle when the front comes up etc - don’t transfer directly to normal riding. If you learn to wheelie, you just get better at wheelies. 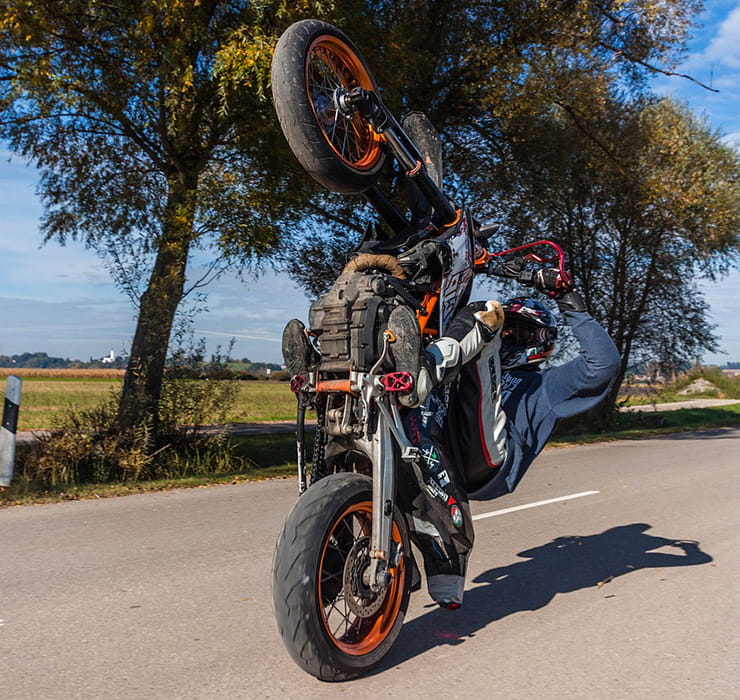 OK, no wheelies. Anything we can do?

Stoppies are harder to argue against. Not only do I rarely see crashes caused by them but there is also a direct benefit to normal riding. Most of us are particularly poor at braking - I see many, many crashes caused because the rider hasn’t braked properly - so the more we exercise our ability to wang the front brake on successfully, the better. It’s harder to criticise than a wheelie because you are actually stopping the bike, albeit in a flamboyant way. Stoppies are still showing off, but they will definitely do more for your riding than hoiking a monster minger.

Other tricks worth considering?

A gentler form of showing off is being able to ride very confidently at slow speed. Like stoppies, this has a real benefit to everyday riding because lots of riders drop their bikes during slow speed manoeuvres - and you’re usually doing this in places where people can see so it’s embarrassing. In some respects going slowly is harder than going quickly because tiny errors become very obvious very quickly. Practicing in the corner of a supermarket car park on a Sunday morning, seeing how slowly you can go and riding figure of eights, might seem a lot sillier than wheelies to many of us, but your riding will benefit no end. 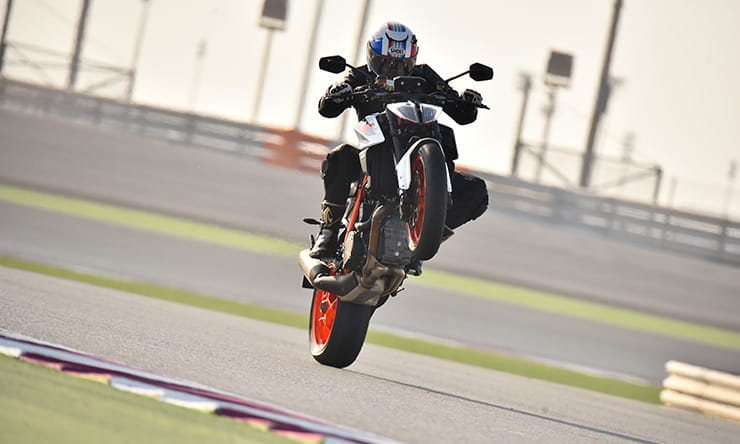 Tracks are of course fine for wheelies… except they’re not because most trackday companies don’t like them at all (because they often end up upside down).

Are electronics a potential route to safe silliness?

Perhaps. In the wet, for example, there is an advantage to be gained by triggering the traction control to see how much grip there actually is - the percentage drop in grip is usually far less than people imagine. Riders often ask where the limit is, but until traction control the only way to find out was by going past it and banking the experience (which can sometimes be quite painful and expensive). Playing with the traction control is a safer way of assessing grip. Similarly, trying to trigger the ABS on a deserted road can help demonstrate just how hard you can brake in the wet and dry.