Rider skills: How to talk yourself faster 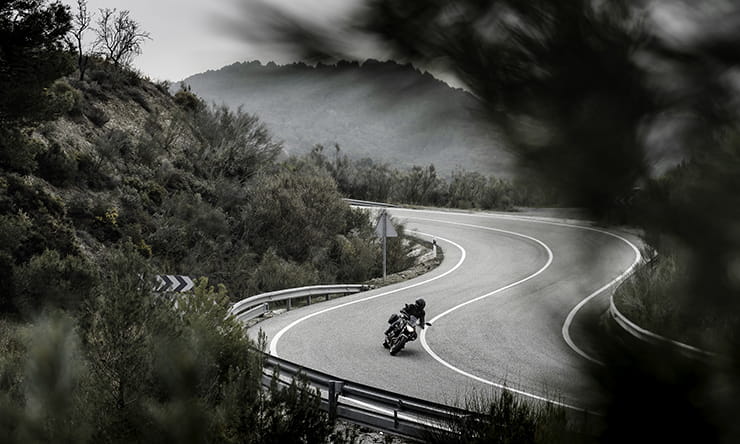 If you’re busy berating yourself for messing up the corner you’ve just done, you’re not likely to get the next one right either

So give me a benefit to talking to myself while riding

Dr T: “OK. Your belief in your ability is very important, particularly if you’re trying to learn a new skill or compete at a new level [ie, ride better]. If you can think things that can help you become more confident, that can only have a positive effect – it’s often called ‘self-talk’. It can’t improve your competence, but it improves your ability to use more of your ability.”

So if I tell myself I’m brilliant, I will be?

Dr T: “No. Thinking you’re as good as Valentino Rossi won’t make you as good as him because you can’t do what he can do. You’ll just crash. But self-talk can help you ride as well as you can, which won’t happen if you’re thinking ‘don’t crash here’, ‘this corner looks dangerous,’ ‘what’s wrong with the brakes’ and ‘I don’t feel good on the bike’ - that will erode confidence and increase the chances of the worst happening.” 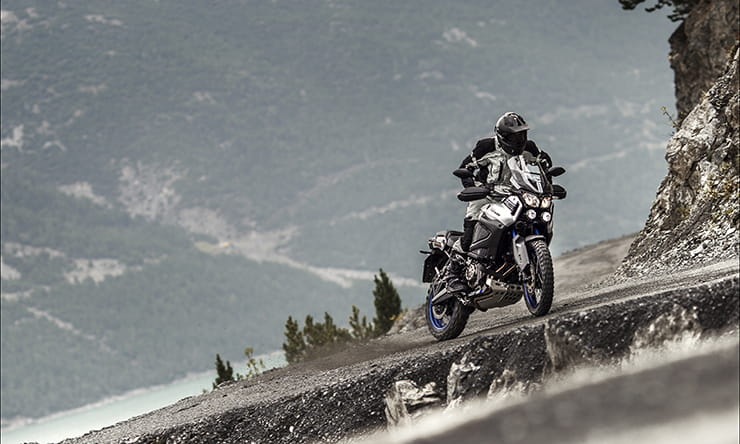 When you try something new, such as taking your adventure bike off-road, having a plan for what you’ll say when you get stressed can make a huge difference. Though, to be fair, it’s unlikely to enable you to do this in the first five minutes

So is it all about confidence?

“Not completely, no. Verbalising what you’re actually thinking [and doing] can be useful. I often get athletes to talk their thoughts to me because it gives an insight and makes them aware. If other people are listening, it’s got an even more powerful effect because if you’re talking to yourself you can tolerate more negativity and more wackiness. If you say it to someone - or even pretend you’re saying it to someone - there’s a self-checking process.”

Gary B: “It’s frowned upon to dry up [while you’re riding and commentating] so it forces you to keep looking for things to talk about down the road - it forces you to look further and further ahead. I still do it now, though I might not do it out loud. In my head I often question what’s going on - ‘what’s he doing?’ - then say - ‘I’ve seen him, check behind, all clear, pedestrian up ahead, chance he might cross the road…’ It keeps you aware of what you’re thinking, and stops your mind wandering. I would encourage people to think things through, look down the road and plan what you’re going to do before you get there. If you’re learning to do something, I think self-talk is an especially valuable tool to help you stretch your observation - it makes you search for information to talk about. It’s not natural for a human to look that far ahead because we’re designed for running speeds, so you need a technique to make you do it. As you get more competent you’ll naturally go faster and it becomes less important to verbalise it because you’re looking in the right places.”

Most of my self-talk happens when I cock up and then shout at myself. What can I do about that?

“If you’ve made a mistake and you’re not feeling confident as a result, you can’t tell yourself you’re feeling confident. You can only nudge yourself in the direction you want to go in - just like if you’re learning a new skill you can’t say to yourself ‘I’m brilliant at corners in the wet’ and expect it to work. Your brain will reject it. It has to be compatible with the data. As a sports psychologist I have to shimmy the athlete along in the right direction and the brain and emotions will follow - you can’t go from one extreme to another. You have to build on the skills you’ve got. You could say to yourself: ‘Everyone makes mistakes, I won’t make that one again.’”

What about stressful situations? Is it any use for those?

“Yes. If for example you’re going on your first trackday you could prepare by visualising your line in a certain corner and use some of the instruction you might have been given, but you should also predict that you’ll feel nervous. So you could rehearse some thoughts beforehand like ‘it’s not surprising you’re nervous, that’s ok, I expect that’. You shouldn’t tell yourself that you feel super-confident - that’s just wishful thinking and won’t do any good at all.” 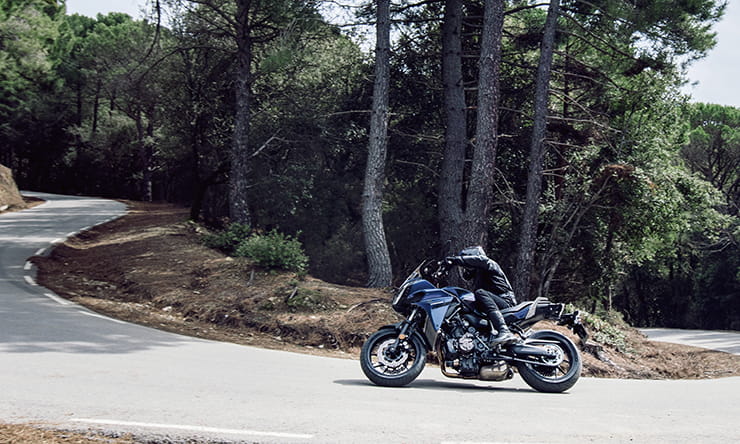 Presumably you could do the same thing for dodgy conditions?

“Yes. This preparation can be useful for road riders as well as racers. If you’re going out on a wet or frosty morning, you might want to remind yourself of how you want to ride, telling yourself there will be corners where you’re going to have to be more careful than normal because they’re in shadow and might be icy, or telling yourself to back off generally and not ride on auto-pilot. You can also think beforehand of things it’s useful to remind yourself of during the ride. Instead of allowing your thoughts to go where they might go, you approach the ride with a bit more structure and keep yourself focused on the conditions.”