Rider Skills: How not to crash at rural junctions

The most common site for all crashes is a junction. Specifically, you’re on the main road and there is a junction on the left, from where a vehicle will emerge. 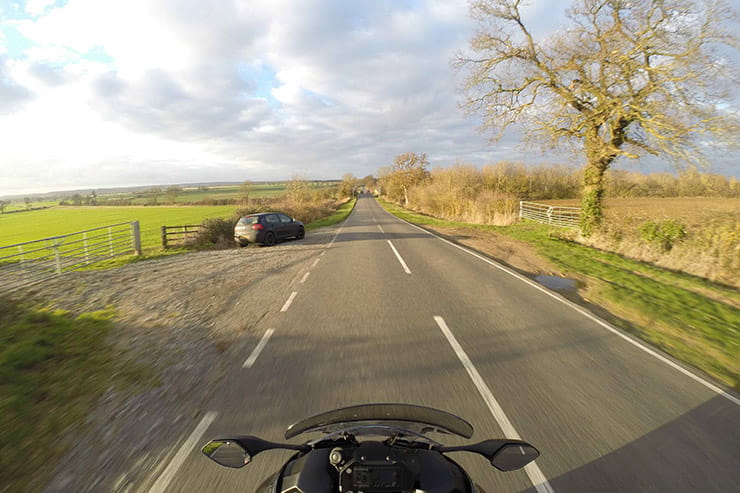 Worst case scenario: the driver of the Golf looked over their shoulder a split second ago, guessed the bike was doing 50mph, like every other vehicle on this road, and is about to floor it into the rider who’s actually doing 80. If there’s any kind of junction with traffic in – even a scruffy one like this – slow to a ‘normal’ speed

What’s behind this type of crash?

Tell us about countryside or rural junctions

Most of the time, our approach speed is too high. It doesn’t matter what the number is, but the lower it is, the more time the driver of the car has got to get their decision right. Sometimes we don’t dial out of warp speed – we’re flowing through the countryside at 80-90mph, we’re relaxed and it doesn’t feel anything special. But those are speeds that motorists are just not expecting. 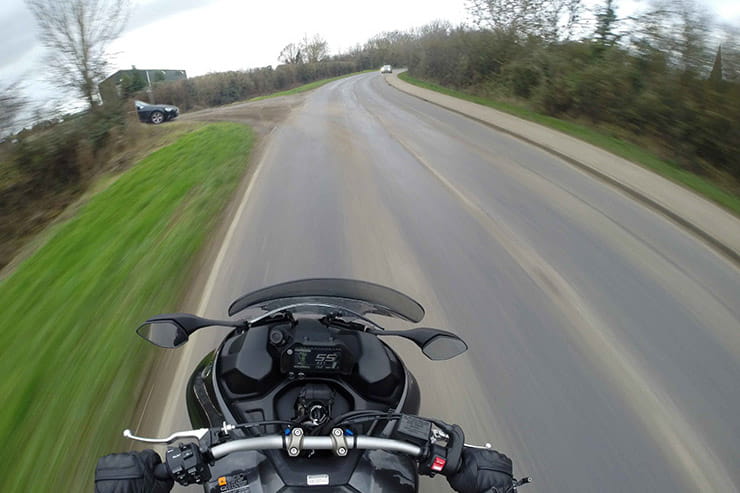 The driver is unsighted so our rider should be past by the time the driver looks. But they could just pull out without looking, and the car coming the other way has removed one of our escape routes. Best to assume the worst, slow down and cover the brakes

No-one does this. At a junction, you look long enough to gauge distance, not speed. On average, people look for 0.6sec to check for traffic. It’s not possible to assess speed in that time, only distance. And the driver thinks ‘the bikes that far away, so I’ve got time because people normally go at 40mph here’. That system usually works because the traffic is travelling within the envelope of speeds we expect. If you’re actually doing 80mph, it’s going to cause problems. We have right of way, but it’s not much consolation being right from a hospital bed. 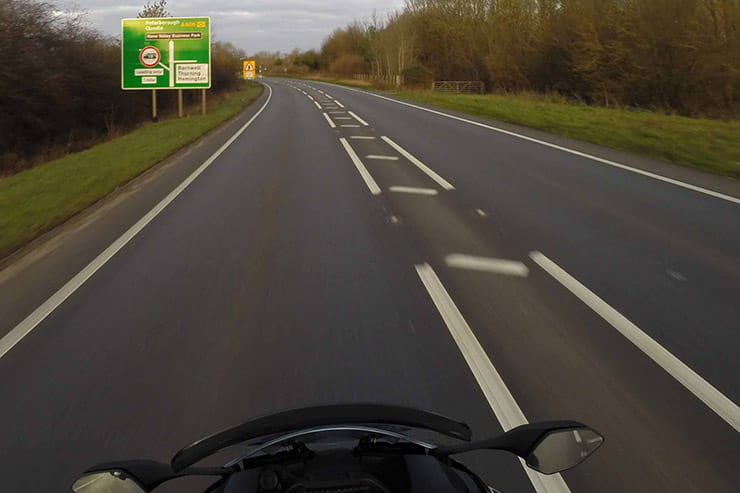 This is a classic. You’re hammering along at what to you feels like a brisk but safe pace, miss this sign and suddenly arrive at a complex junction going 40mph faster than any of the waiting cars expect. Cue dry mouth.

So what do we do?

There needs to be a presumption in your mind that the person at the junction hasn't got it right. There are few times I’d advocate looking at the speedo. To check you’re in a 30mph or 40mph speed limit where you’re likely to get booked is one, and another is on the approach to a junction on a rural road. Modern bikes can make high speeds feel moderate, so you need to check, and ask ‘am I doing the same speed as everyone else?’. There’s only one person who gets hurt in this kind of crash, so you have to take responsibility.

Will this guarantee no-one pulls out on you?

No, of course not. Some people will not look at all, and nothing will save you from them. But most drivers don’t want to spoil anyone else’s day. An awful lot of the crashes I go to, it’s clear the motorcyclist has taken it for granted that someone will do what they expect. A junction is a danger. A car waiting in a junction is a much more serious danger. You need to plan for that.

Anything else we can do?

Throttle off a bit more than you think, and move position in the road because that lateral movement can wake people up a bit. And put yourself in the driver’s shoes – it’s really difficult to tell the speed of a dot coming down the road.