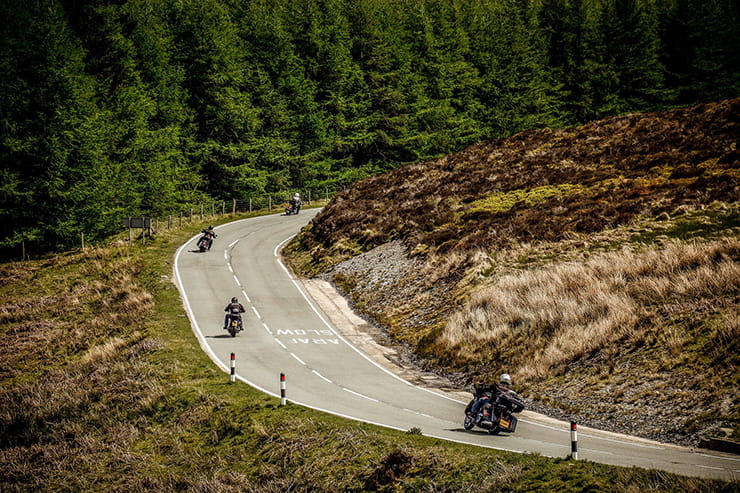 This crew look like a low risk group – the spacing means each rider’s view and position isn’t too compromised – but you never know. If the last bloke on the Electra Glide is pushing to keep up, that could spell trouble

We see lots of group riding crashes. I hate rules, as I think most motorcyclists do, but with group riding there need to be some because when it goes wrong it’s usually because someone is doing something unexpected. They’re terrible crashes because, apart from everything else, the victim’s friends generally see it happen. That must be the most awful thing in the world.

So what are the rules?

If you’re going out for a ride, agree not to overtake within the group – overtaking is usually the cause of most of the group riding accidents we see. They’re common even in advanced riding groups. Without a strict rule, people eventually get frustrated – ‘hasn’t he overtaken that yet? You could get a bus through there, I’ll have him now’. Then both riders go out – the front one doesn’t imagine his mate will be making a lunge past – and they have a collision. These crashes are a mix-up in communication – you’ll think someone’s doing something and they’re not. So ruling out overtakes within the group takes away a lot of the risk.

But how do you swap places?

If you don’t like where you are in the group, you just have to wait until the next stop and sort it out – don’t sort it out on the move. 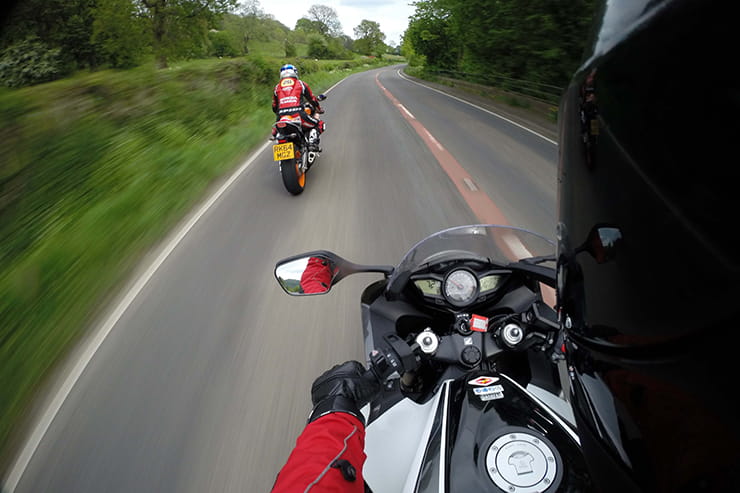 This has risk potential – the following rider has compromised his view and looks close enough to be planning an overtake. If so… he shouldn’t!

What about the size of the group?

Try and restrict the size of the group to reduce the variables. Three is enough for me. Any more than that and there’s only one person that’s really happy – the guy at the front. Everyone else is compromising everything – their view, speed, enjoyment. Split into smaller groups if there’s a load of you. I have to say though that there are some club ride-outs that are well organised, dropping riders off at junctions so people can ride at their own pace. It’s not my cup of tea, but some people love it.

You mentioned being compromised. What do you mean?

I means that the guy at the front blocks the view of the riders behind, and he determines their speed – either holding them up, or egging them on. Riding in a staggered formation maximises your view and space to brake, plus it takes up less space, and it looks professional to other road users, which could prove useful if something goes wrong.

Know who you’re riding with. I get nervous where there are groups of riders who just met on the internet. They have no idea what kind of characters their new friends are, or how they ride, and of course there are usually no rules. In my experience, that often does not end well.