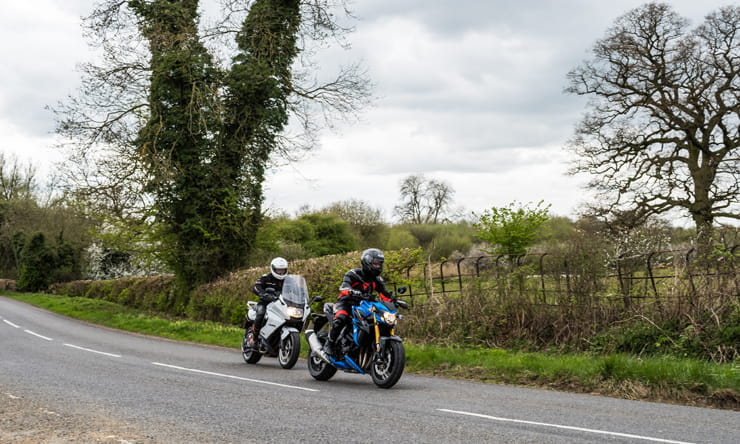 Getting back on the road after winter

Motorcyclists are weird…but you knew that already. What kind of normal person lies on top of a tin full of inflammable, carcinogenic liquid, over a collection of pointy metal objects going up and down at 10,000rpm and hurls themselves at the landscape doing more than a few mph, wearing several parts of a former cow and a large polystyrene hat?  Does that sound normal to you?

What’s even more weird though is our attitude to training and belief that we absolutely and definitely, always know best. No matter how long you’ve been riding, the first weekend of spring is a challenge. Speeds increase, visibility too by a factor of several hundred and once again, we become riders, not passengers. The smart guys see this as an opportunity to tune back in and get up to speed faster by thinking about it.

And the really smart ones get some help. In the worlds of horse riding, skiing, athletics and fitness, taking extra tuition or refreshers after a lay-off is seen as not just essential, but aspirational too. In motorcycling’s worst type of machismo, there’s an unspoken lore that anyone who needs training is some kind of ‘Jessie’ (a technical term).

Which is piffle, of course. Car driving in winter might be just like summer only slower with more screenwash. For riders, it’s chalk and cheese. Even if you ride through winter, the first days of spring are an awakening. Months of riding mostly upright, staring into streams of ill-adjusted headlights, plotting a path through the salty, greasy slime is a very different challenge to the lean angles, apex bashing and unbeatable loveliness of riding in summer.

For those of us lucky enough to do this for a living, a regular riding assessment is part of the job. Our road test insurance requires that we are up to the job of hurling our aforementioned collection of metal and fire at the landscape, and I for one look forward to spending a day with an expert telling me how I can get even more enjoyment out this thing that I love.

Today’s expert is former police rider Mark Edwards of Rapid Training. He’s been watching my riding every few summers for the last ten years or so and I know he’ll be honest. His previous comment on one of my reports about how ‘I wouldn’t have made some of those overtakes with full blues-and-twos going’, still echoes in my head when I get a little over-excited on the way home. A point he rammed home on the day by never taking more than 20 seconds to get back on my tail, having made a safe overtake of the same vehicle I’d just shaved with a BMW GS. 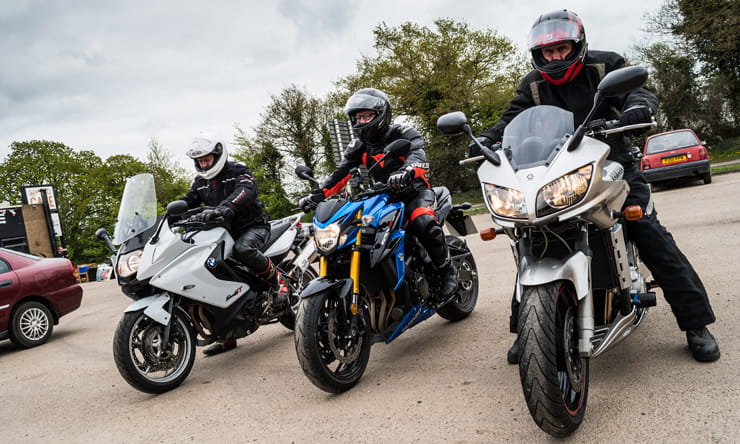 It sounds daft, but I’m nervous when my turn comes to lead. I’ve ridden enough this winter to be sort-of up-to-speed and I’m generally happy with my riding. Confident in traffic and aware of my limits in corners. But I’m also aware that I spend 80 per cent of my riding these days processing traffic. The geek in me started counting the number of cars overtaken last week. I stopped counting at 308, forty miles in to a 53-mile ride. Some people have told me they don’t like riding with me – they find my overtaking pushy, verging on aggressive. That bothers me because I want to be the polite rider, gliding through traffic, making motorcycling look aspirational, not some dumb thug cutting-up cars.

Mark seems to like what he sees. “One of the most common issues I observe in riders is following too close to the vehicle in front. To you it feels ok and the best position to make the pass when an opportunity arises, but in reality, you’re harassing the car in front, and leaving no time to react if they do something unexpected. You’re also restricting your own visibility of the situation ahead and actually missing out on opportunities to overtake.

Mark’s right and I’m enjoying the extra visibility of not riding on someone’s exhaust pipe. Mark adds, ‘Giving yourself a better view gives you more time to spot the pass and being in the right gear gives the best acceleration to make it safely. The by-product of riding too close is that you often sub-consciously end up in a higher gear than needed, reducing the acceleration available when you can make the pass.” Which is a polite way of saying ‘I can see you doing all this stuff, so stop it…now’

What’s also really useful for me is when it’s the turn of Chris, our social media editor to be assessed. Mark follows his riding and I’m following both of them. Watching the way Mark rides so effortlessly while also watching someone else is a lesson in how straightforward good riding can be. Mark’s positioning on the approach to corners is perfect and watching him deal with overtakes re-enforces everything we’ve just been talking about.

We stop for lunch and Mark feeds back to both of us. We’re doing ok; some comments for Chris on finding a system for smoother and quicker cornering and for me about being prepared to give up some space to oncoming traffic. Mark’s observation is that although I position myself well for left-hand bends – out to the right of my lane, giving good visibility – I tend to hold my position in the face of oncoming traffic, meaning the gap between my body and their vehicle is a little close for comfort. His suggestion is that I give up a foot or so of my position to create some extra space just in case something happens. It’s about taking control of my own safety rather than relying on the other driver giving it.

And he’s right, of course.

We spend the afternoon doing more miles, more situations, more overtakes and plenty of corners on the backroads of Northants and Buckinghamshire. Not a bad way to spend a day.

At the end of it, I’m feeling back up to speed. We get our reports and I’m pleased to see top marks for everything apart from one point lost for that ‘oncoming traffic’ issue. That’s good, I’m the BikeSocial boss, it’s up to me to set the bar. But what’s more important is that Mark is happy with my newly-considered approach to overtaking. 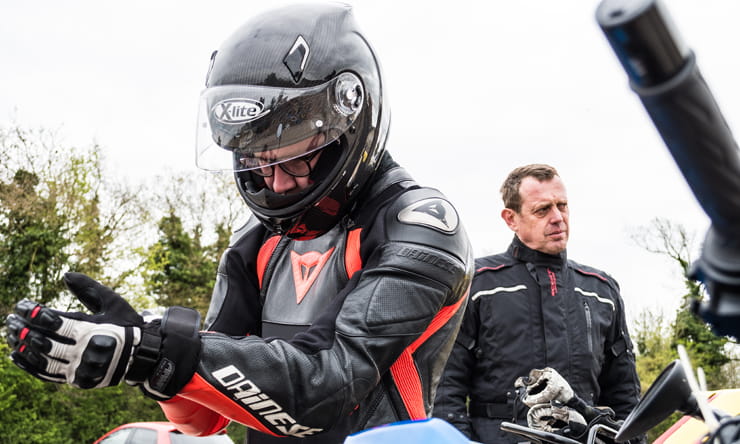 Chris Newble is the ‘Social’ in BikeSocial. Riding for six years, he’s swift, safe and (by his own admission) still learning to get the best out of a bike. He’s had a few ride outs during winter, but hasn’t ridden regularly since Christmas. Just to make it more challenging we made him swap his KTM RC390 for Suzuki’s GSX-S-750. Here’s how his day went.

"Right you lead off Chris". The very words I heard many moons ago when I took my full bike test and the very words that still make me tense up and ride like a noob.

I spent the first few miles exaggerating every safety check and over-indicating at every roundabout to prove I was ticking all those 'test' scenario boxes.

It dawned on me that this wasn't a test. Mark wasn't there to tell me off, but to boost my confidence and lend a hand. It really put me at ease and set the trend for the rest of the day.

We rode for five hours, all on cracking-but-unfamiliar roads, which made the day even more beneficial, because it made it easier for Mark to assess my riding and suggest quick and simple tips that I could then put to the test straight away.

The most valuable was to think about my riding more methodically and apply a system of ‘POSITION-SPEED-GEAR’. We all do it subconsciously…to a point, but when you actively think about it your quality of ride improves massively.

By actively approaching unfamiliar corners from a wider angle (POSITION) and with positive throttle (correct SPEED and GEAR) it made the corners less daunting and the bike feel more in control. I found myself coming out of bends quicker and safer than I would have on roads I know well.

Since the day I’ve been practicing and it genuinely has improved the quality of my riding as the techniques continue to have a knock-on effect from corner to corner. I would highly recommend the day to fellow riders and am already looking forward to my refresher course next year.

A one day course with Rapid training costs £185 each if there are two riders or £285 for one-to-one tuition. That’s about the same as a track day and, believe us, you’ll have just as much fun and come away a much better rider.