Are there times I should not ride? 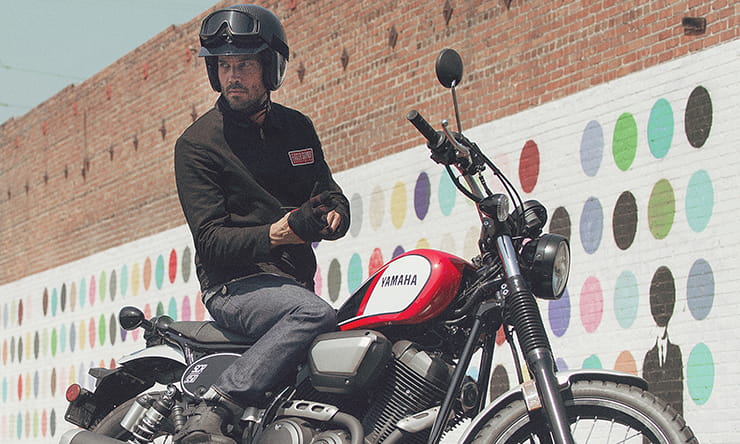 Looks like someone’s just run over his cat. Or maybe his missus has just spent his bike fund on a sofa. Either way, probably best if he puts the SCR back in the garage for an hour or so

Not always, no. Getting on a bike when you’re not in the right frame of mind is foolish. This sounds obvious, but lots of riders do just that and then wonder why they’re riding badly or even dangerously.

One aspect a lot of us ignore is over confidence. If the sun’s shining and everything seems right with the world and you feel nothing can spoil your day, beware. Over confidence can take you just that little bit further than the point of common sense, particularly on a sports bike when you’re doing 120mph before you know it. It’s then that you can start to assume nothing’s going to pull out in front of you, which can end badly.

So it’s good to feel scared?

Not scared, but if you feel slightly nervous and apprehensive before getting on your bike, that’s probably about right. There’s no shame in that. In fact, research has shown that’s far better in terms of your performance than being completely chilled. There’s a direct relationship between how stressed you are and how well you perform, so if you’re completely relaxed, you won’t perform very well because you’re not concentrating hard enough. Then, as your stress (psychologists call it arousal) increases, you perform better up to a point where you’re at your peak - you’re focused, alert and slightly nervous, but that’s not detracting from your performance. Your body is relaxed, your brain is working at warp speed and you’re in complete control. This is the state racers try and hold.

What happens if you go past that point?

Then the physical symptoms of stress start kicking in and you go into flight or fight mode. This response is incredibly powerful, and it directs blood away from the brain into the muscles, so you really can’t think straight and won’t make good decisions. Some of us will know that feeling of having a near miss and instead of calming down, we ride even faster. It’s because our brains aren’t working properly.

After the adrenaline subsides, you’ll get tired very quickly, and again risk making poor decisions. This holds true if you’ve been out the night before and are still feeling secondhand when getting on the bike - not advisable.

And if I’m feeling angry?

Beware. If you’re feeling angry or upset, you should definitely not get on a bike.  Anger triggers the flight or fight response, and you don’t want to start a ride in that state. At the very least you need to take some deep breaths and go for a walk around the block before riding, but ideally do something else entirely for a couple of hours. Being angry makes you so vulnerable to bad decisions. And physically, if you’re not relaxed for whatever reason - anger, fear, cold - you cannot ride well.

It’s not connected with attitude, but don’t ride at night if you can avoid it. Even with decent headlights you can’t really see that much and that dark patch on the road could be a scaffold pole and if you run over it on a bike it’s obviously far more serious than if you do it in a car. It’s also more difficult judging distances.