Rider skills: How to improve your overtaking 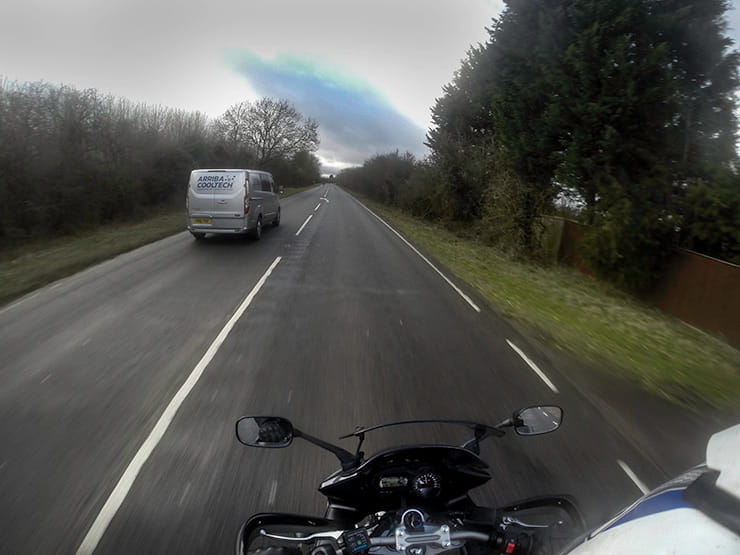 Above: The rider here has pulled out early to check for oncoming traffic. You can just about make out the revs – about 6000rpm, which is about right for a torquey 1000cc bike

Crispin d’Albertanson is a Nurburgring coach, senior IAM observer and ex-endurance racer who now works with the well-respected Hopp Rider Training. You can book a course on road or track at www.hoppridertraining.co.uk or 07881 878989

What’s the most common overtaking mistake?

The one I see most is people starting too late, too far back and in too high a gear. Rather than planning, they see a gap, open the throttle, shout ‘wahey!’ and go. But because they’re relying solely on the power of the machine to get them past and they’re in the wrong gear, by the time they eventually pass the vehicle they’re travelling at high speed and often have to brake hard to pull back in.

…which must look unhinged from the car driver’s perspective…

Exactly. This kind of overtake often looks like a rider is being actively reckless. But in fact they just committed themselves and couldn’t abort the overtake because they were travelling too fast to pull in. Also, if you’ve committed yourself late, you often find that the space you want to pull back into is beginning to close down, and you eat into other people’s braking distances – that’s when you see car brake lights come on. 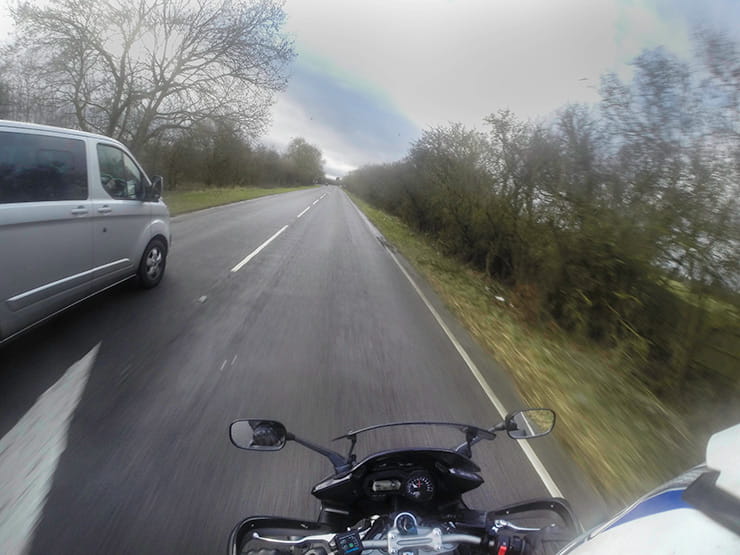 Above: Fully committed and accelerating past. The rider should begin rolling off the throttle soon and returning to his cruising speed

So how do I avoid that scenario?

Planning is critical. You need to anticipate the overtake from a safe following distance (roughly using the two-second rule). When it looks like it might be on, you move closer to the vehicle on the off-side – which is a slightly more dangerous position – ready. Then, when it looks clear, you pull out onto the other side of the road without accelerating – that’s the really important bit – so if it’s not on, you can just pull back in.

Hang on. You pull out, but don’t accelerate?

Yes. If you accelerate at that point, you commit yourself, even though you might spot a hazard as you pull out. This takes a lot practice, planning and judgement, and very few people do it. But it is a much safer, more efficient way of overtaking.

What if I’m on a low-powered bike?

If you plan well you can use the characteristics of other vehicles to help you overtake. So, for example, cars generally go round corners at a constant speed or sometimes even decelerate, whereas bikes work better when accelerating round bends. So you plan a big gap before the bend, then use your gentle acceleration through the corner to bring you into the overtake position just at the right time as visibility opens up.

So I shouldn’t just stay on a car’s rear bumper?

No. I see riders magnetised onto the bumper in front of them, and ride as if they’re in a car – they lose concentration and become passive rather than actively seeking the overtake. They are in screensaver mode, just sitting there. It’s then that people don’t just miss overtaking opportunities but also don’t see signage warning of upcoming hazards. If they suddenly decide to overtake, this makes it even more dangerous. 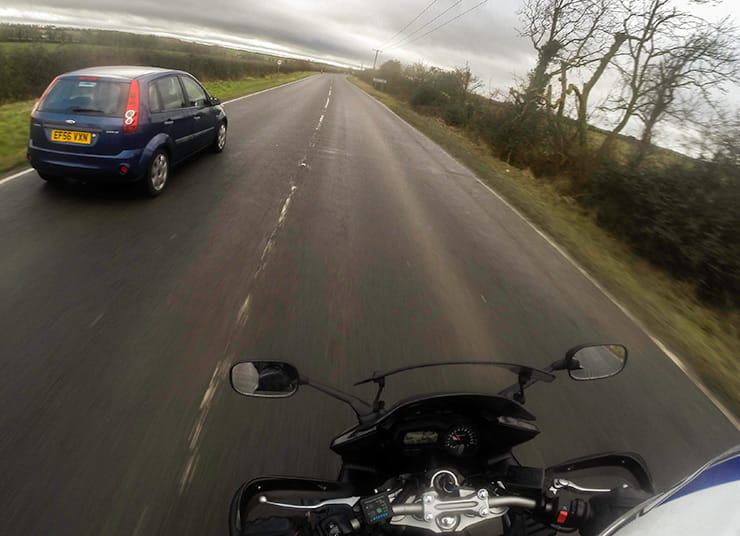 Above: He’ll get away with this, but really the revs are too low (4500rpm) for him to nip past efficiently, especially considering the bend and junction up ahead

When you’re following a very good rider you don’t really notice what they’re doing when they overtake - it’s so smooth and well planned they just flow past cars, apparently with no effort. And more to the point, the person they’re overtaking doesn’t notice them - there is no impact on the other traffic. It’s only when the cracks appear that you notice what’s going on…

Any other overtaking tips?

Choose a gear that gives you smooth, instant thrust. As a general guide, this is a few thousand rpm below the peak torque figure. So for a 600 sportsbike that’s up around 9000rpm. This will allow you to accelerate hard, then slow smoothly on the other side using engine braking. If you’re on a bike over 500cc and in the right gear, your acceleration will be - compared to cars - blistering. You can afford to pull out, check all is clear, then accelerate. This allows you to pull in again if you spot a hazard - something you can’t do if you’ve already got the throttle pinned.