How to carry extra fuel on a motorcycle – BikeSocial's guide 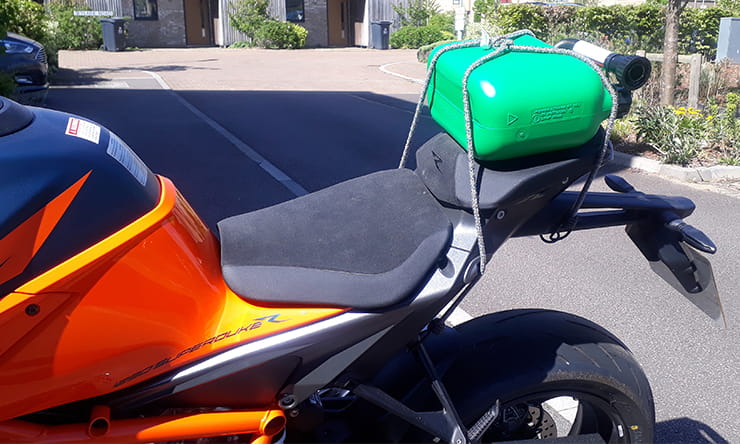 Is it legal to carry extra fuel?

Yes, if you do it sensibly. European countries follow rules set down in an Agreement of Dangerous goods by Road (ADR) which says that its zillions of pages of regulations don’t apply to private individuals provided that “measures have been taken to prevent any leakage of contents in normal conditions of carriage.” Then you just have to comply with Road Vehicles (Construction and Use) Regulations, which say, basically, that a load has to be secured so it won’t fall off. So if you’ve got a proper container, and strapped it on properly, you’re golden.

What are the risks of carrying extra fuel?

Predictably enough, most risks involve petrol leaking out and turning you into a fireball:

How to carry extra fuel on a motorcycle

There are four options.

1) Strap a five litre petrol can to the back. The most basic option, and ok for emergencies, but the problem is they’re difficult to strap down safely. The shape is awkward, tie downs slip off, and they’re tricky to keep vertical (if you’re paranoid about the seal). If you can fit one in your tailpack, it’s a viable long term option. 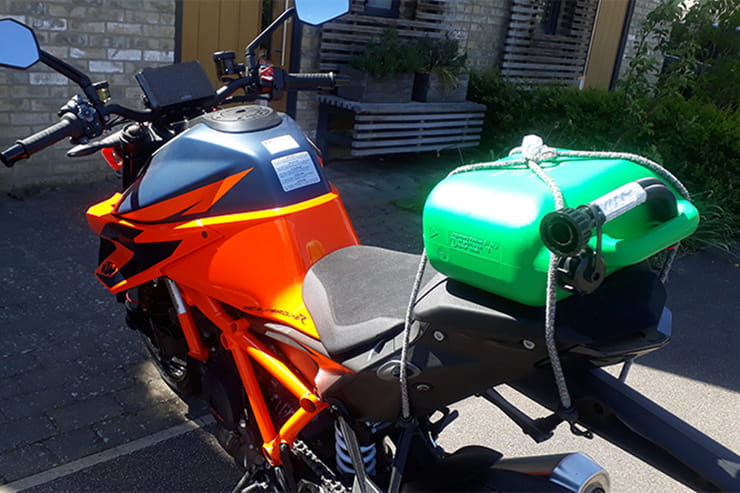 2) Camping fuel bottles. These come in various small sizes (eg 0.5 or 1 litre) which makes them practical to shove down the side of your panniers. If you ride gently you’ll get at least 10-15 miles from one litre, which should get you off a motorway, though perhaps not to a fuel station. One in each pannier is a better bet. If you don’t fancy storing petrol next to your clothes, you can zip tie or clamp them to a frame spar. 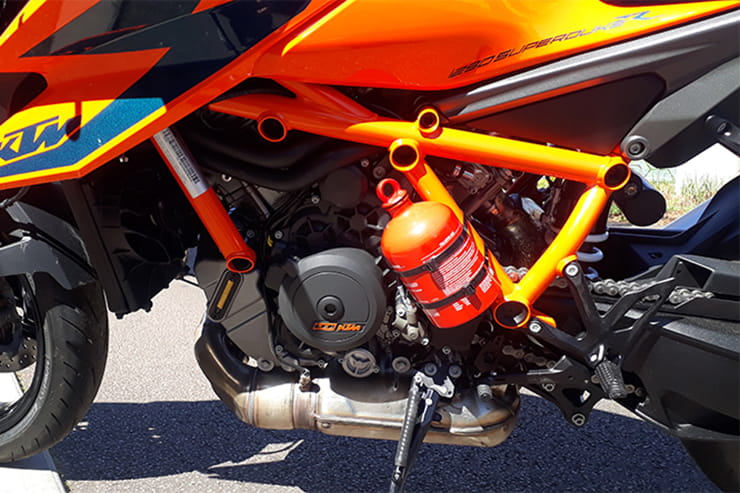 3) Stackable storage cans. Starting to get serious here – these badboys are more of a world tour option rather than a Scottish tour essential. They can bolt on to pannier frames, rear racks, or engine bars and will give you anywhere between 4 to 20 litres of extra fuel per can – and you can double them up for the full apocalypse spec.

4) Auxiliary tanks and larger main tanks. Again, a serious solution. Auxiliary tanks usually sit on the pillion seat and are plumbed into the main fuel line – you turn a tap to switch them on. Larger main tanks are popular among the overlanders using small trail bikes, though some GS owners fit the bigger tank from the appropriate Adventure model. 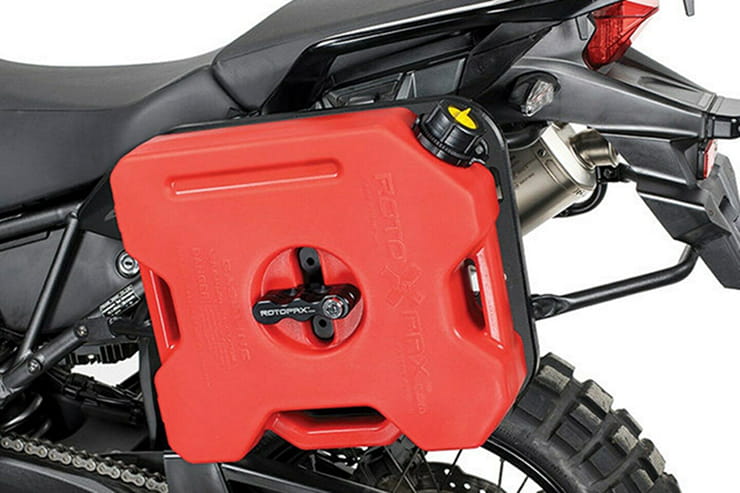 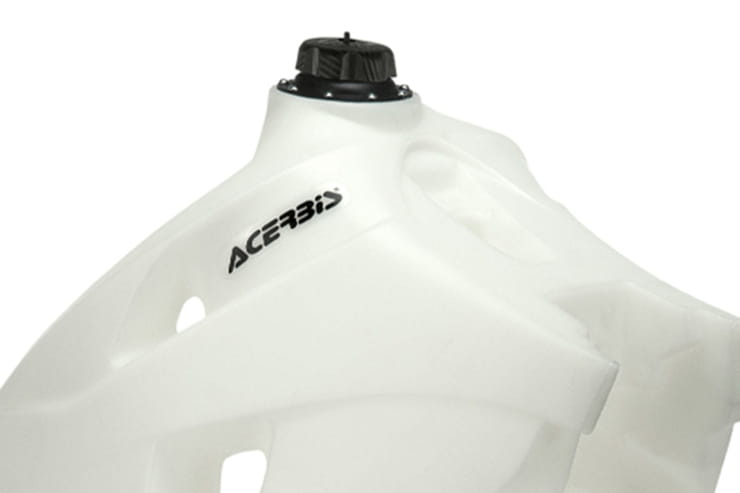 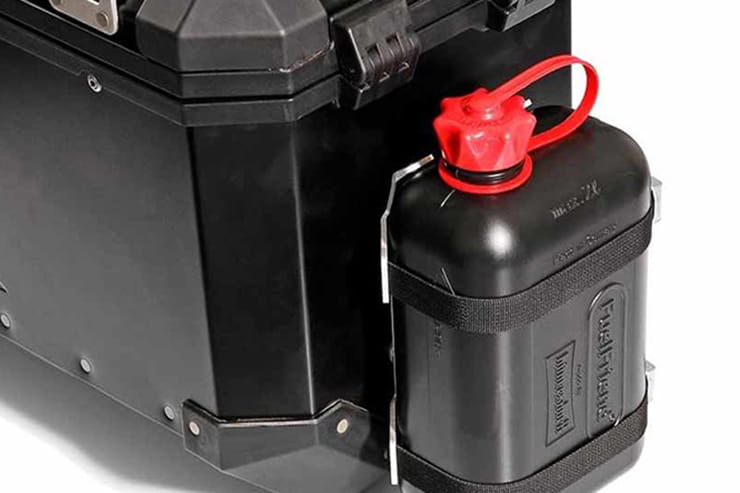