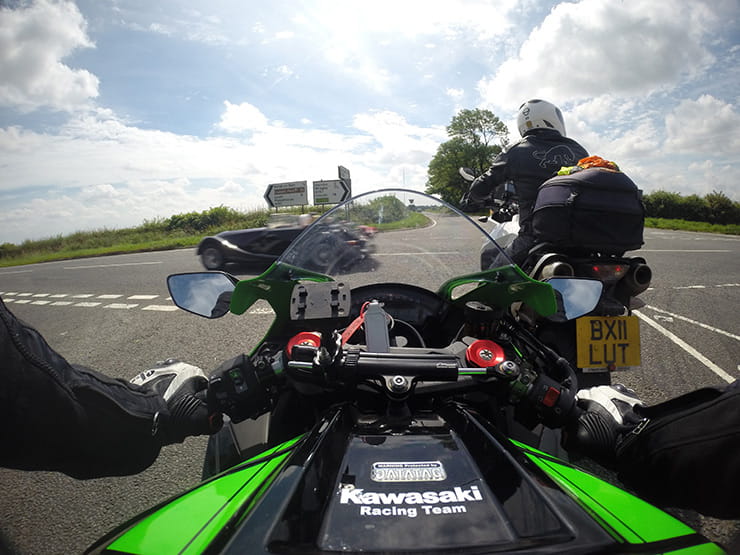 Corner crashes get all the lurid publicity, but statistically you are most likely to have an accident at a junction. Here’s how to avoid them

As a crash investigator, I spend most of my time at junctions. Corners come a close second with bikes, but it’s intersections that are the most common accident site.

Why are they so dangerous?

If you analyse what car drivers (and bike riders) do at junctions to make their decision, you find they don’t judge how fast vehicles are coming towards them. On average they only look for 0.6sec, and that’s not enough time to judge speed. Instead, they judge distance and work out if the bike is far enough away to pull out, based on a normal approach speed on that road. And that works very well 99% of the time.

The problem is that on a bike - especially in the countryside - you’re doing a speed that’s comfortable for you, but much higher than car drivers would expect. When we approach junctions where there is a car, we need to think about what they are expecting. Is the driver expecting you to be doing 80mph? Probably not. So it would be wise to slow down to a ‘normal’ speed.

Anything else to consider?

We should also think about what’s behind us, and whether we’re going to blend in with that - this is particularly important at night, because it’s easy for our headlight to get lost amongst the vehicles behind. On the other hand, it’s often safer if you’re surrounded by traffic and doing their speed because the driver will see them even if they don't notice you. If you’re on your own, be especially careful, because that’s when a driver might get it wrong. 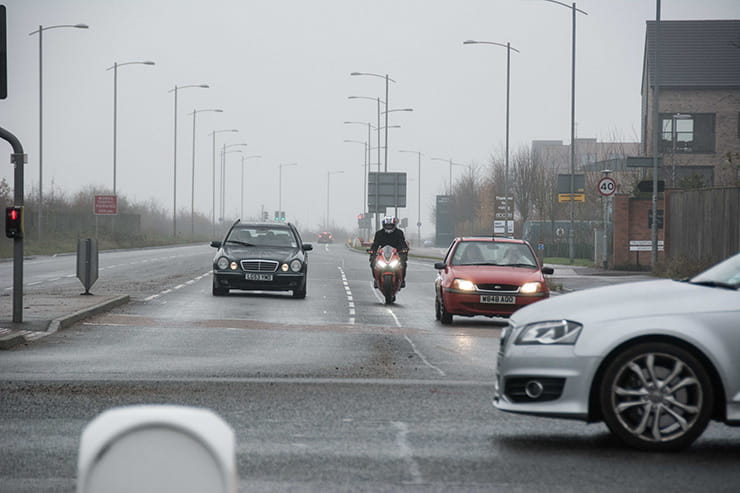 Caption: If you're approaching a junction faster than most of the other traffic, expect drivers to pull out

What can I do to lessen the odds of a crash?

One useful technique is to move laterally across your lane away from the danger. Besides being an easy movement to pick up from head on, this is unusual, so car drivers tend to wake up and notice it more than something coming straight towards them. You just need to nudge the driver’s brain cells into reassessing the situation before they move.

What about faster junctions?

The ones to be particularly careful with are where the car can make a smooth, fast exit from the road - for example, if they drive down a filter lane in the middle of dual carriageway and then turn right across oncoming traffic. Then they’re having to do two lots of calculations - working out their speed for the turn, and the speed of the oncoming bike. This is often too much to cope with and mistakes are made. Lots of these turns have been closed in Milton Keynes for just this reason.

And hi-viz? Do I need to go shopping?

I’m not a particular fan of high-viz kit. I’d be more concerned about making sure your headlight is on and being in the right gear so as soon as you react, the bike will either slow or go.

Is it always the car driver’s fault?

Partly your safety is down to attitude. I know it’s the car driver’s job to give way to you, but people make mistakes. Being right is of little consolation if you’re eating hospital food so it’s sensible to give them a little more time to make the correct decision. Of course, some car drivers do just pull out no matter what speed you’re doing, but for every one of these I see, there’s another when I think the motorcyclist could probably have prevented it.