How to clean a motorcycle carburettor without removing it

If you’ve got an older bike that’s a pain to start, or won’t tick over evenly, or stutters when you give it some gas (or indeed all of the above) then you might have a carburettor problem – they’re almost as common as electrical faults. But the good news is carbs are relatively easy to clean so the task should be near the top of your ‘jobs to do’ list if your bike is playing up.

Problems generally arise because carbs rely on fuel going through very small holes, which can be easily blocked by gunk. This is particularly common after a bike has been left standing – it only takes a bit of rust from the tank, or a tiny fragment of seal that’s been eaten away to clog part of the carb, which then restricts fuel getting into the combustion chamber, which makes the engine splutter like a politician on Newsnight. So here’s how to clean your carbs… 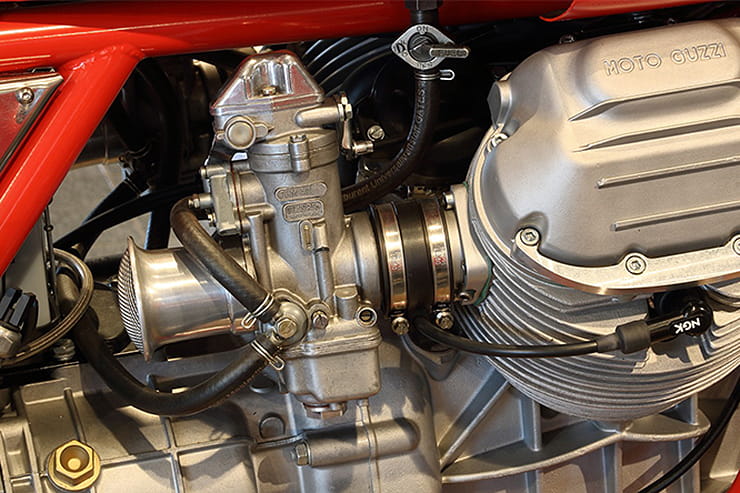 If you have a Guzzi or BMW twin, carb cleaning is a doddle because they hang out in the breeze.

How to clean a carb without taking it off

Getting carbs off a bike is usually far more of a hassle than actually cleaning them because the intake rubbers are sometimes a pig to get off and re-fit, and you have to remove the throttle cable which can be fiddly too. So, stage one is to try and get rid of the gunk with the carbs in place, though the feasibility of this depends on how much space you’ve got below them. Small single or twin cylinder bikes are usually a far easier proposition than across the frame fours. BMW twins and Guzzis are easiest of all because their carbs hang in the breeze. With the carbs in place, you can’t do a thorough clean, but it’s definitely worth a go. 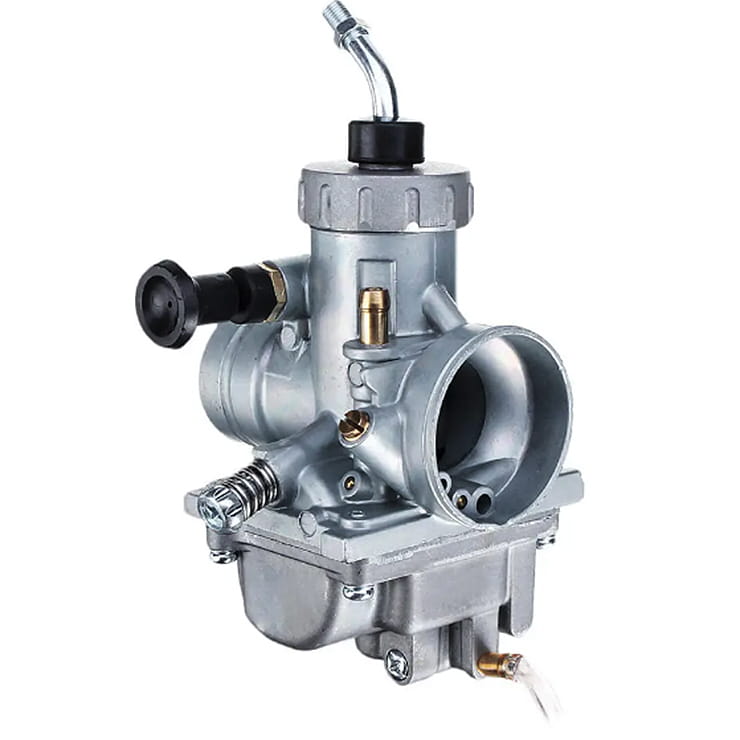 A simple carb on a single cylinder bike (this is from an SR125) is a good place to practice your carb cleaning. You can see how the float bowl on the bottom is attached by a screw at each corner. 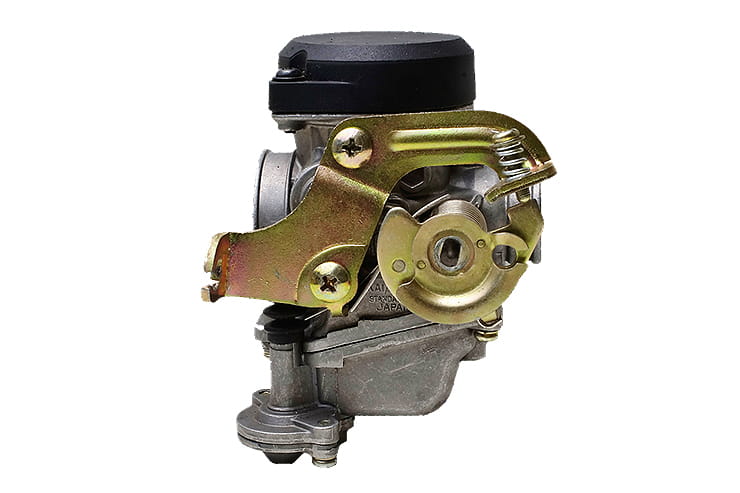 To remove the carb you need to take off the throttle cable. In the close confines of an across the frame four-cylinder bike, this can be a royal pain in the arse.

Taking the carbs off to clean

If a quick and dirty clean hasn’t worked, it’s time for phase two: 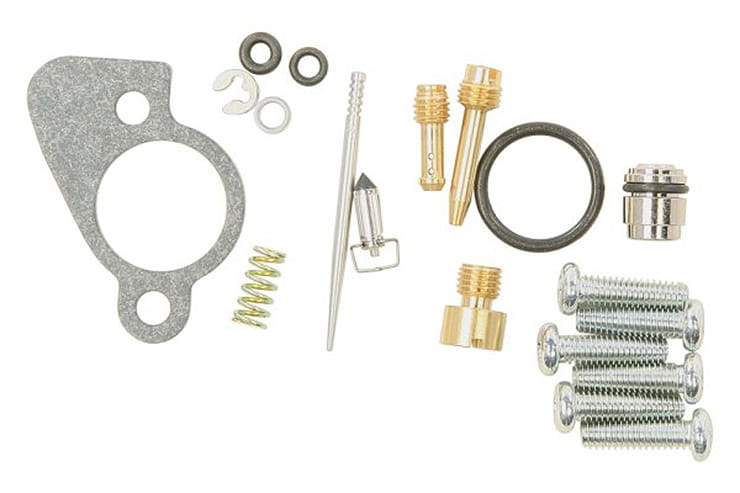 If you’re taking the carbs off, buying a carb service kit is a good idea.

Now you’ve cleaned your carbs, here’s how you can balance - or sync motorcycle carburettors.