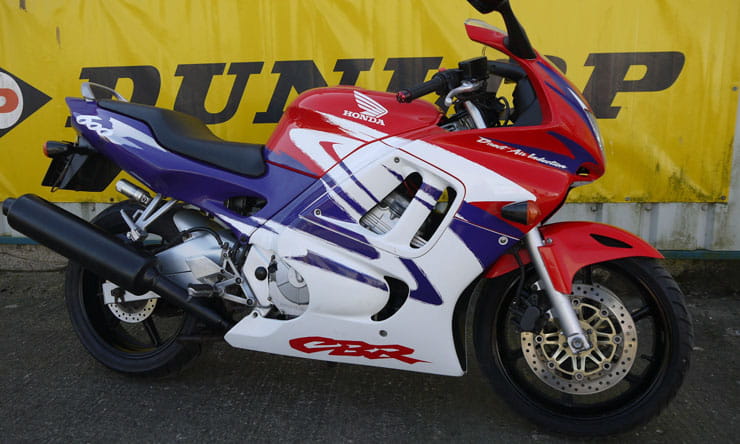 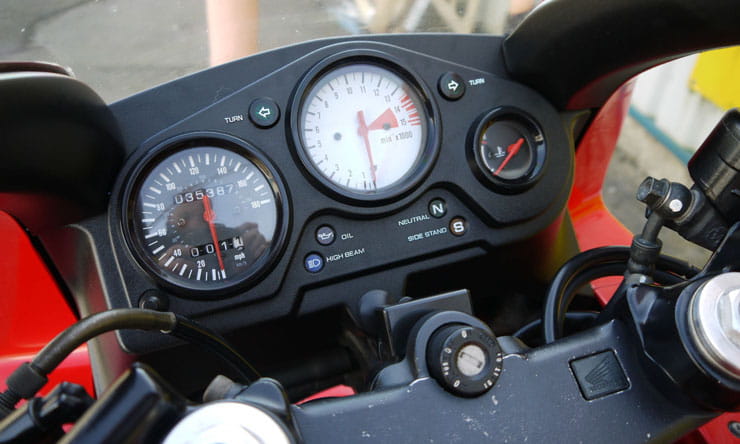 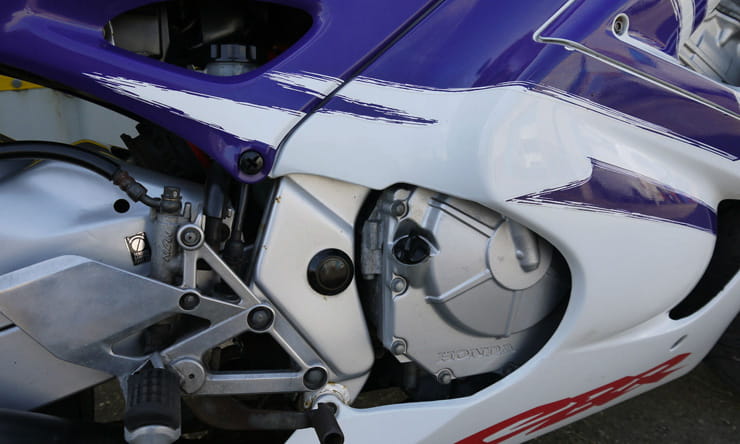 Time was that owning a 1990s CBR600 was a motorcycling rite of passage. So many were sold and, it was a bike so flipping good at so many things that it was inevitable you’d bump into one somewhere along your biking CV.

27 years on from the launch of the 1991 FM model and, largely that still applies. Most of the things that made them so good back then, still apply. It’s just that there will now, probably be something that needs fixing.

Don’t let that put you off. No one gets doe-eyed over steel-framed CBR600s and, unlike FireBlades and VFR750s, prices of these brilliant machines are going nowhere. Which means you can still buy a decent late-90s CBR for well under £2k and an early 90s bike for somewhere around a grand.

For that, you get a comfy-but-sporty, fast-but-friendly, nimble-but-stable, dependable-but-still-desirable, 150mph missile that costs pennies to run and will still be going fine in another 27 years time. 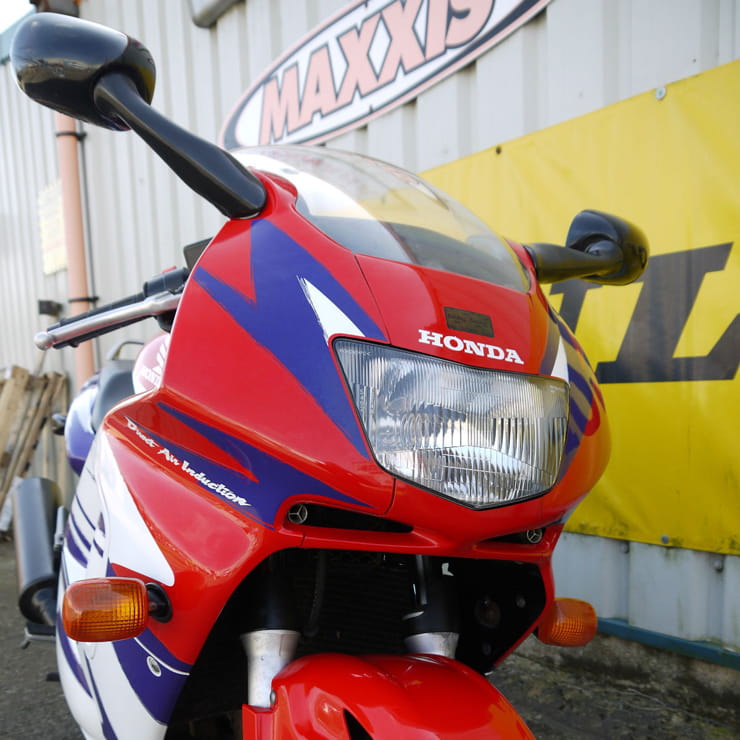 The 1991-99 CBR600 was Honda doing what Honda does best; not the fastest, or the sharpest, but instead, a well-thought-out road bike with plenty of performance, but real-world niceties too. For a simple test, try working the throttle or pulling the clutch on a mid-90s CBR, now try doing the same on an equivalent Kawasaki or Suzuki. The Honda will still feel slick and almost new where the others feel like they’ve been stored in a sand pit…with rising damp.

CBR600s make power smoothly and progressively, lean into corners in exactly the same way and, when you pull the brakes it slows down in a predictable, linear manner.  The 1991 model was a significant move forwards from the 1990 bike and evolution continued right through the 1990s. The engine had a new construction where the cylinder barrels were part of the upper crankcase, which allowed Honda to increase strength despite using thinner materials and therefore, save weight. The CBR600 pioneered this technique, later used on the FireBlade and the CBR1100XX Blackbird.

The suspension is as good at floating over bumps as it is keeping control through a corner and, should you need spare parts you’ll have an enormous choice of new and used to choose from.

Obviously, it’s not all roses. Some of these bikes have a very hard life, many haven’t seen a proper service for ten years and there are doggy ones out there. It’s just that there are also plenty of very good ones too. So take your time, choose the right one and don’t be afraid to haggle once you’ve compiled your list of minor faults. 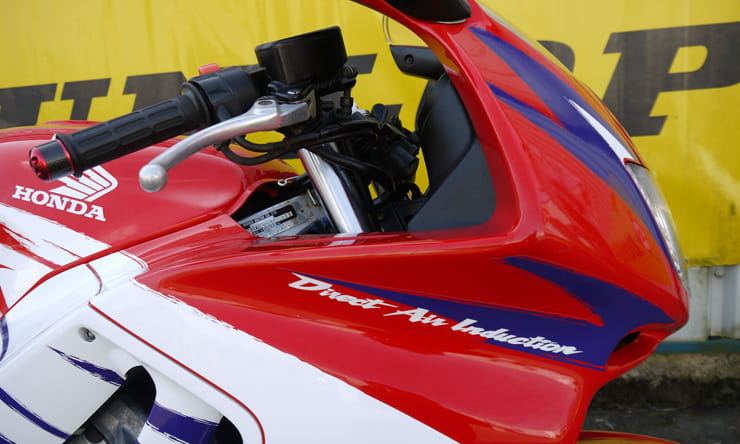 This one looks typical. On sale at a dealer in Scarborough. It’s almost standard and still has the original exhaust (many don’t) and centrestand.

CBR600s were the backbone of production racing in the 90s. They might not have been the fastest road bikes, but they were tough and easy to tune. Before long, there was so much knowledge out there on making them go faster that their racing life extended well into the early noughties.

The mileage on this one (35,000 miles) from three previous owners is probably about right and the bike’s condition looks about right for that mileage too. It used to be the case that many apparently mint, low-mileage CBRs had actually spent their first five years being retrieved from the gravel at Cadwell Park. That’s less true these days because even the racers have been back on the road for ten years or more. If you come across a really low mileage 90s CBR600 it’s much more likely that it just had a set of new clocks fitted, maybe after a crash. Of course, it could be a genuine low-mileage, in which case on a CBR you’d expect the whole bike to be immaculate too.

This one looks honest for a 20 year-old machine. It’s got 12 months MoT and is on sale for £1595, with the peace of mind of buying from a dealer. The bodywork looks all original, as are the levers, indicators and mirrors. The handlebar end-weights have been swapped though. Sometimes this is an easy spot for a crashed bike because aftermarket ones are much cheaper than originals, but if that’s the case, the mirrors, indicators and levers are usually changed too. 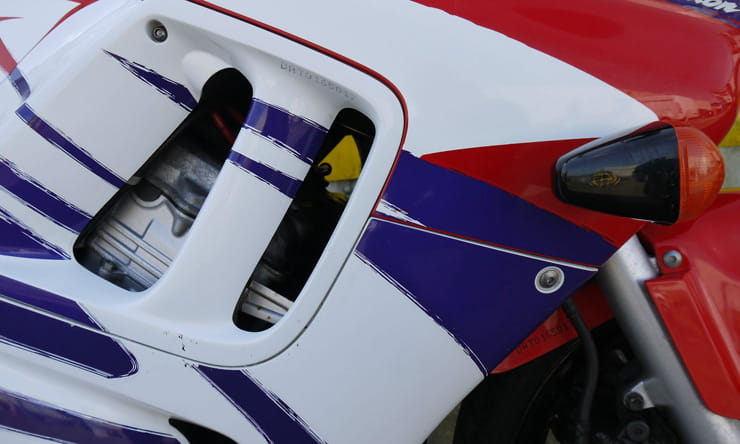 One potential worry is the brake hoses appear to be the original rubber items and they will be past their best by now. There’s no mention of service history either.

Late 90s CBR600s were the best of the bunch, but the golden rule is to ignore the year and buy the best example you can afford. There are plenty for sale and, at £1600, this one is top money for private sale and about right for a dealer because it does look like a clean example. 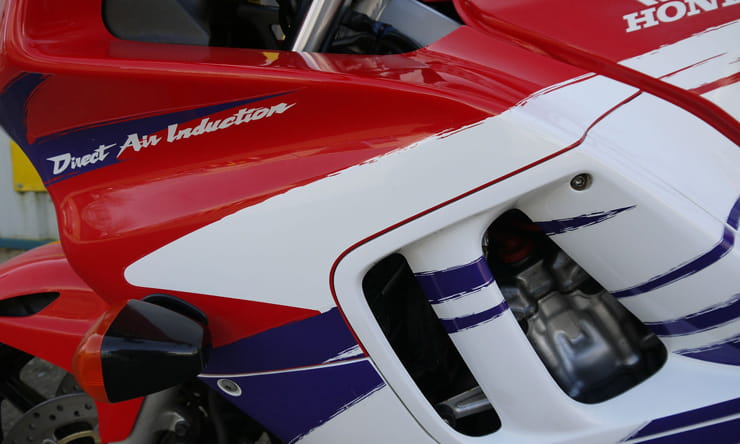