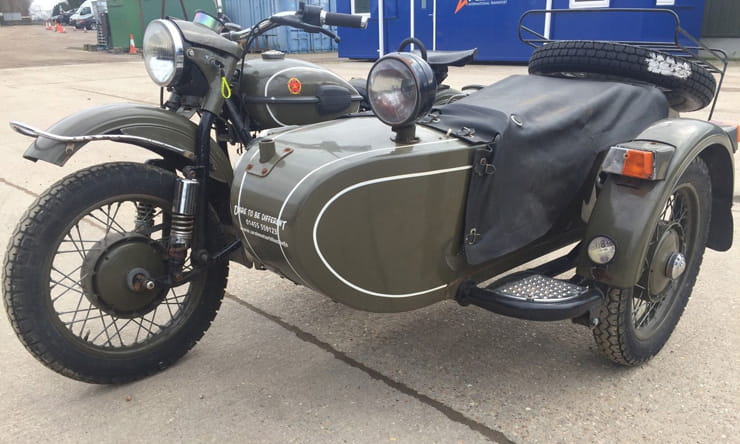 It started off as a ‘that might be good in the snow’ thing as I watched my road outside turn white. That soon subsided. A sidecar in the snow might not fall over, but every other disadvantage is major, other than the ability to carry supplies, a spade and a St Bernard.

If anyone ever tells you that a sidecar outfit is the worst of all worlds… they are right, obviously. And that is exactly why every human being who loves going places and engines should try one.

A Ural sidecar outfit is the VW camper van of biking. Plainly ridiculous, laughably unreliable, slow, clumsy and, without doubt the most dangerous vehicle you can be in charge of that doesn’t need a runway.

Incapable of filtering, incapable of speeding and almost impossible to get around a corner, or even a turn left at a junction. But. But… But…, spend a while learning to do it and, there’s something about an outfit that’ll put one in your fantasy garage when you win the lottery.

Motorcycling is never as funny or as sociable as when done on three wheels. Pillions are a very active part of the experience as is camping equipment, as is, usually alcohol.

Still not convinced? Check out this video made by Ural in America where outfits have recently become just about the coolest thing around. 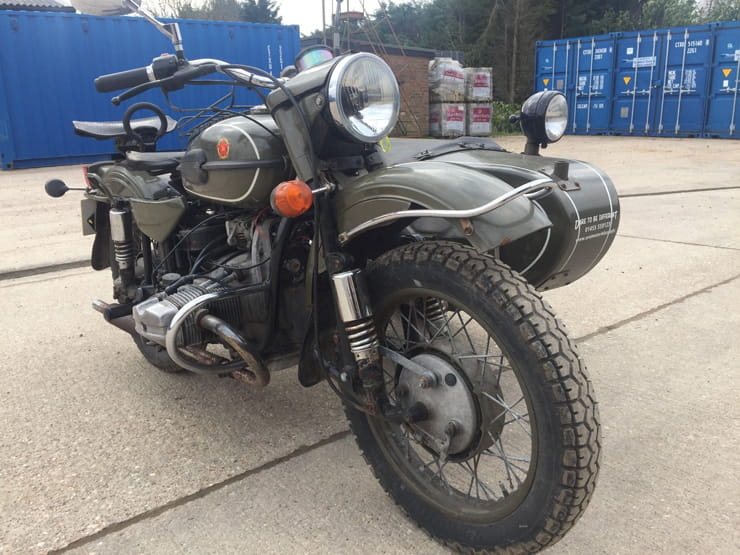 You’ve got to love the seller’s honesty. Sidecar owners are an interesting bunch.

“I bought this outfit a few months ago on a whim. This is a brief description of how things have been since I mugged myself into buying the damned thing.

“The wiring diagram bears little relation to the outfit. It wouldn’t turn over on the electric start, so I had the motor sorted. It still wouldn't turn over which turned out to be several loose terminals/breaks in the wiring etc. With fresh gas in a temporary fuel tank it ran...and reasonably smoothly too Then I noticed that the head and tail lights had stopped working...

“So I spent another few days trying to puzzle it out. In the end I thought I'll slap it all back together and rag it round the yard for the crack.

“Except that now it p*sses petrol out of both carbs and what looks like a new fuel tap. Undeterred I got the evil thing going and wobbled round the yard on it, motor popping and backfiring like a flatulent camel, dripping petrol, no bloody lights....

So I'm I'm giving up to let someone else have a go. This could be an absolute bargain or a three-wheeled nightmare on Elm Street.” 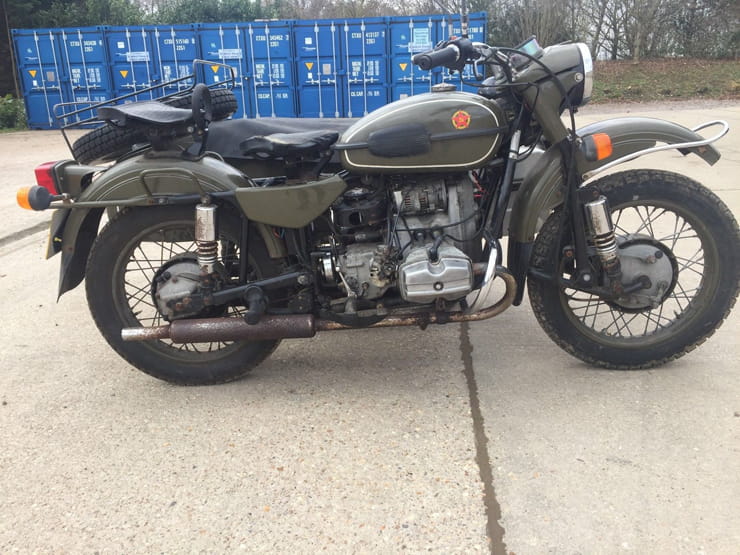 To me, at 11.53 it sounds simple. Find a grown-up who can rewire it, strip the carbs and ultrasonically clean them, change the engine oil, put air in the tyres and laugh my way through all four seasons. Fit an enormous stereo and maybe a drum kit too, plot some routes that involve zero overtaking  and maybe do something daft for our holidays like a lap of the UK with a tent and a dog…and a drum kit. 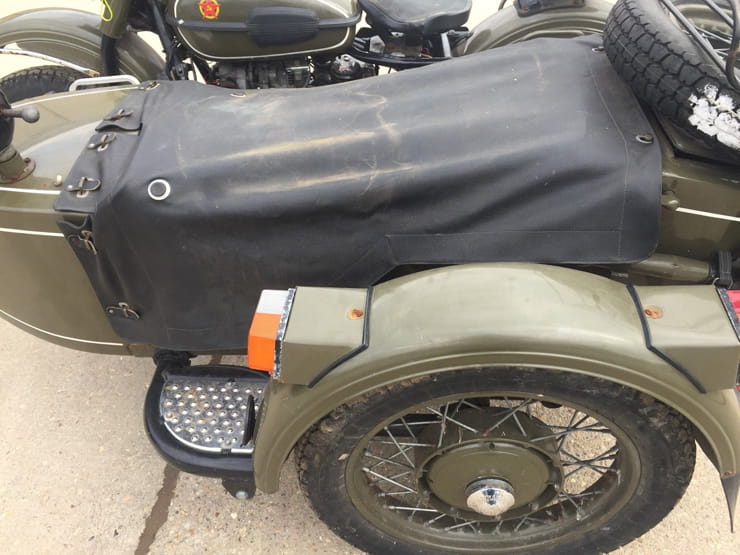 Hold on Rosie. Remember the last time you had a Ural on test in 1997? It’s a Russian copy of a 1940s BMW left in the snow outside Stalingrad. Slow, wobbly, unreliable and dangerous. Yes, they’ve got better recently with improved suspension, an extra 100cc in the motor and this one has the Japanese carbs and alternator fitted that make a huge difference.

How you had to slow to almost a standstill approaching a left-hander and then put the power on to make it turn, while it still tried to lift the sidecar wheel.

The next 50 were not too bad because I had a passenger who’d lean and take part, making things much better and the last 50 being quite enjoyable till I broke it by riding half way home with the handbrake on. 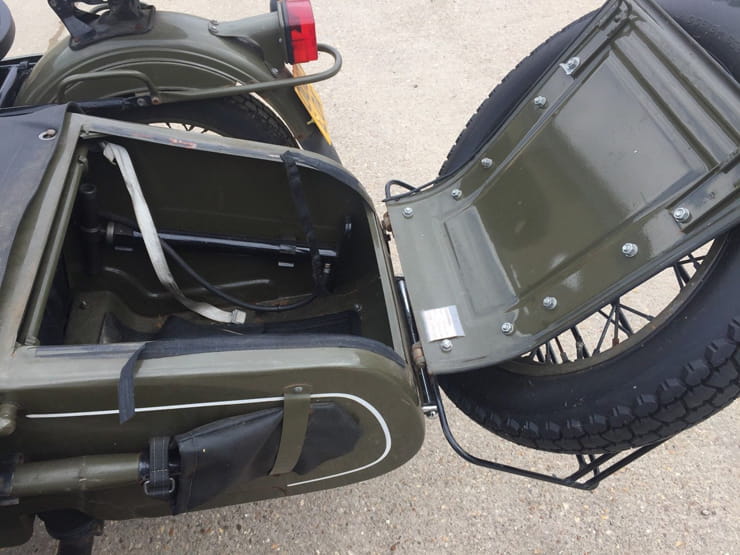 Yes, I remember all that, but …but…but…wouldn’t it be a cool thing to have just for some fun on the right summer days?

£1750 isn’t a lot of money and I’m pretty sure I could get it for less. Just supposing it was bought, sorted and ready to roll for £2k, that’s got to be a cheap summer giggling around the lanes.

The saviour in the end is space. I’m about to move house into something a whole lot less roomy than our current gothic Lincolnshire mansion. Sadly, there’s no flipping room either in the new pad or BikeSocial’s secret lair. 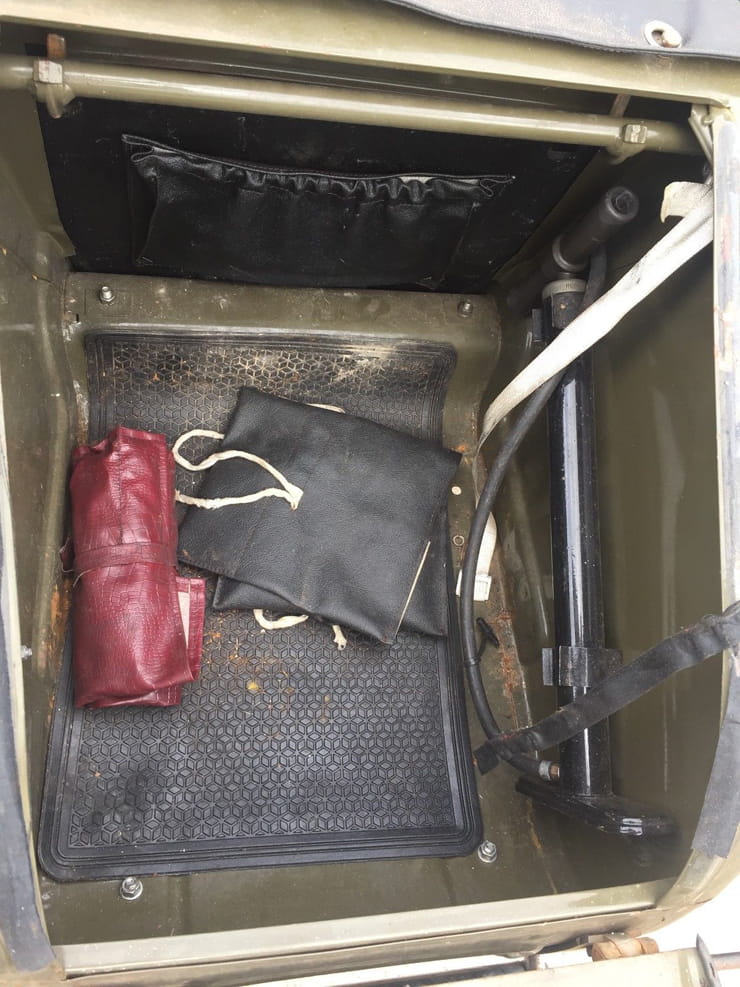