Late night classified-ad browsing, possibly with a little extra hop-based lubrication. Suddenly that obviously bad buy that we’d usually scroll past becomes an object of two-wheeled desire. Will we resist? Here’s how the evening unfolds. Experience suggests it’ll be a close call… 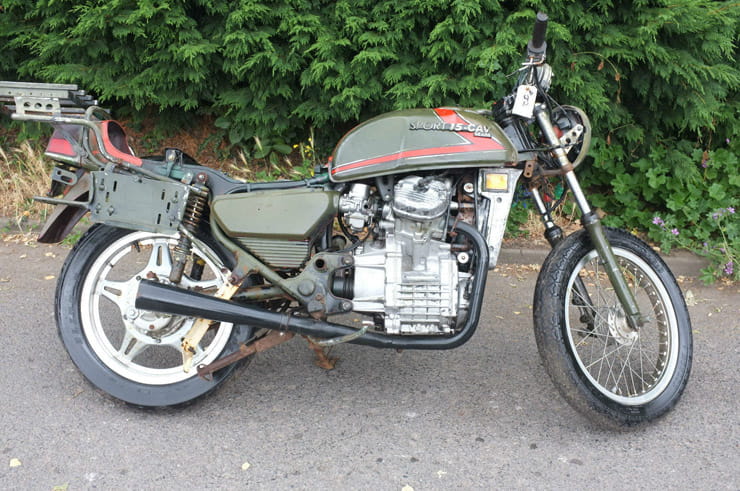 Somehow, after looking for a CB750 chopper project I end up on the ‘see other items’ part of freddythefatfrog’s ebay shop (also known as Direct Classic Imports) and see this. Fresh in from the States (and what a state), a 79 Honda CX500. ‘Ideal Cafe racer project’, they say. ‘Or return to standard’, they say. Engine turns over, but no attempt has been made to start it. It’s not registered in the UK yet. The advert suggests ‘Be quick,  it won't be here long at this price’.

I look at the price. Surely there should have been a decimal point after the first ‘9’ I can’t see much more than a tenner’s worth of scrap in it. But I’m curious (and, truth be told, at this time of night, maybe a bit pissed too)). I’ve never bought from freddythefatfrog, but my fascination with 1970s choppers means I do end up on this page every now and then. They always have a lot of stock, always interesting and always well-priced too. So who on earth would pay £999 for this? 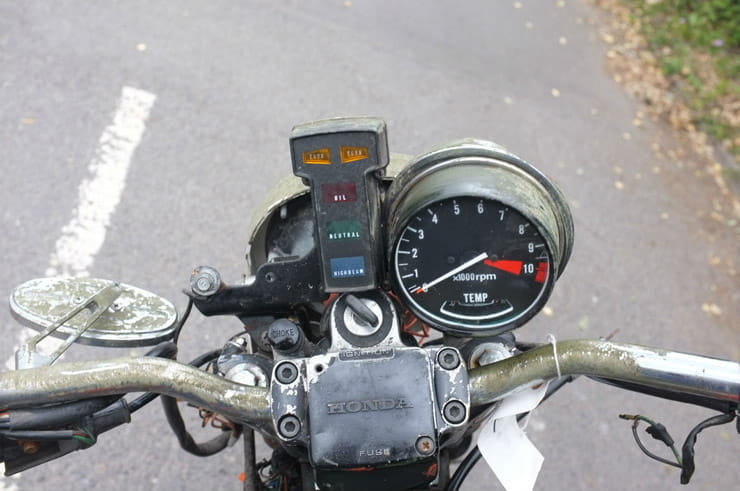 A closer look at the pics doesn’t help. It’s a wreck, with the front end of another bike grafted onto it. There’s rust all over it, someone’s chopped the throttle cables, the seat’s missing, wiring is all over the place and some nasty pannier frames grafted onto the back end. If there was such a thing as a ‘good’ CX500 it would only be worth a couple of grand, so how can this, which looks like it has been dragged out of a salty swamp be worth half that? The advert says ‘barn find’. I guess they waded through a lot of rusty banjos to get to this.

Even more curious, I look at other CX500s on ebay. Confession time, I did own a CX500 for a short while in 1987 when I was back-street dealing. Someone part-exed it for a Suzuki GS550 I was selling. The GS was lovely (for a £500 bike), it was hard to believe that the Honda was even a motorcycle in comparison Slow, tall, heavy, wobbly, dangerous in corners and the brakes were terrible. I know that when new it was a revolutionary bike. Water-cooled, when most others weren’t, a V-twin in a world of straight fours and a comfy, practical proposition when everyone was obsessed with speed.

I know also that they have legendary reliability and will withstand the most horrific neglect.

And I also know that there’s a cult following evolving from a generation of former 1980s London couriers who’s amphetamine-addled memories only remember the good times and will forever associate a crazy, lawless youth with this two-wheeled, wonky v-twin shopping trolley.

There are three other tidy-looking, half-restored CX500s on ebay for not much more than ‘Deliverance’ here. Yes, we know the mileages aren’t genuine and yes, they’ve all been despatched at some point and, yes, at least one of them will have spent an afternoon being pulled out of the side of a taxi. But now, 25 years and several doe-eyed owners later, they’ve become a genuine, unmolested survivor, waiting for the next 50-something nostalgo-loon to pay up for the pleasure of not riding it.

I get this, really, I do. We all pay silly money for things that mean something to us and my personal dark-retail is every bit as crazy and harmless as any former courier wanting a CX500. But I don’t get this one. Please help me. 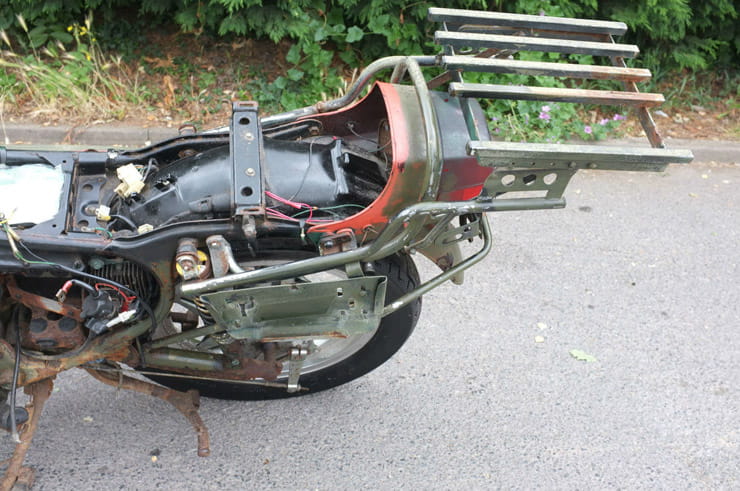 Normally, at his point, I stop drinking because it’s times like these when I wake up tomorrow having ‘won’ another unfinished chopper project. But this bike has me wanting to drink more. To forget.

Am I missing something? Do you understand what makes this bike worth at least ten times as much as I do? Maybe I’ll check back tomorrow and see if fatfreddy hasn’t realised the mistake and put the correct price on it. I’m pretty sure he knows the market better than I do and that’s what keeps me looking.

Please can someone tell me why this bike is worth this much money before I go nuts?

Did you buy this bike?

If so, please get in touch at enquiries@bikesocial.co.uk and we’ll sort out an appointment with an appropriate counsellor. 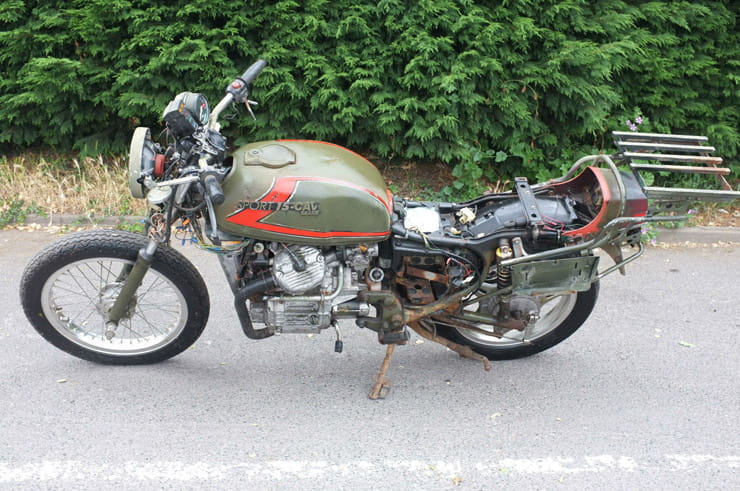