Honda Gold Wing History - How did we get here? 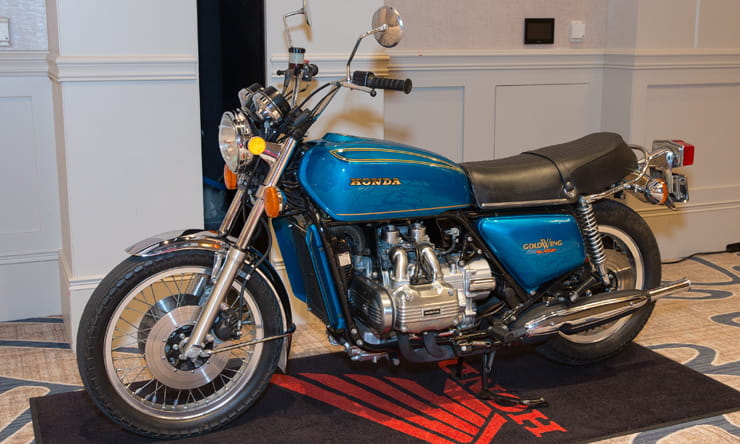 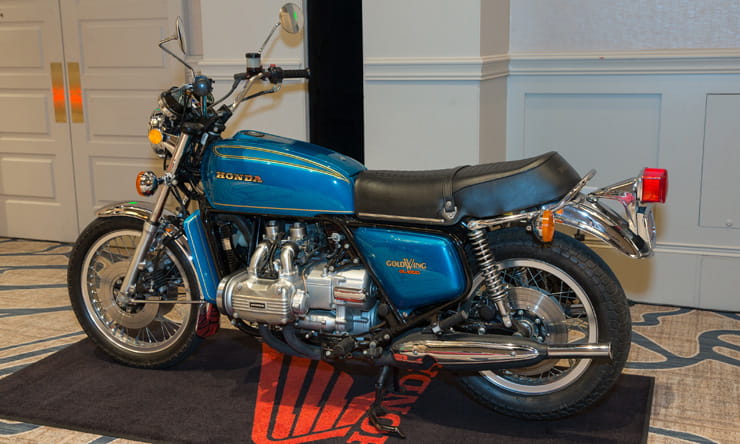 It’s easy to forget 43-years on just how cool the original Honda Gold Wing was.

The first 1000cc Japanese bike, Honda’s first water cooled motorcycle engine, and their first shaft driven bike. And it had a flat four-cylinder motor, sort of like a Porsche. Add in the low slung fuel tank (what looked like the tank was actually a dummy ) and fuel gauge (another first) and 150mph speedo and it’s easy to understand the fuss.

The 1969 CB750 might have put Honda on the map, but it was a relatively conventional motorcycle. the Wing was radical in almost every way. Not quite a sports bike, but definitely a super-bike.

The development process had been interesting. Originally a six-cylinder, developed by Shoichiro Irimajiri, the man behind Honda’s five and six cylinder race bikes and who would later go on to develop the CBX1000.

The Wing was no racer though; a cruiser... and a bruiser by mid 70s standards. Definitely not a Ferrari (or a Porsche for that matter), more like a big, soft, over-engineered, luxury Jaguar.

Sadly, a few cocksure journos missed the point completely, lazily labelling it a two-wheeled car and, in an instant, gave all the teenage, speed-freak Herberts a tag to hang their jealousy on. That original Wing never really got the recognition it deserved - something that would come back to haunt a succession of brilliant Honda sporty tourers right up to the latest VFR1200. 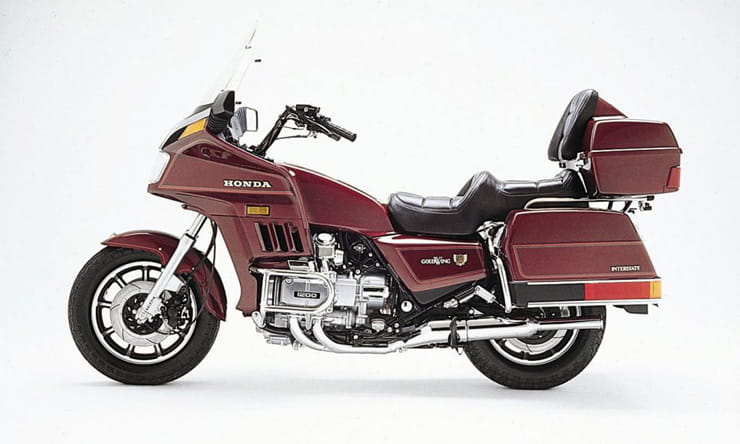 In 1980 Honda went one step further. The GL1200 wasn’t the first tourer to wear a fairing, but it was the biggest, grandest and best equipped. Softly suspended and a little soggy next to BMW’s R100RT, with no sporting pretensions at all. This was the bike that shaped the mega tourer. Within a couple of years the equipment included cooling vents, air suspension (with built-in compressor) and a radio. Suzuki, Yamaha and Kawasaki all built Wing-clones and some of them were flipping good too, but none lasted far into the 1990s.

And the reason for that was Gold Wing v3.0. Finally, the Wing got it’s six-cylinder motor. A 1500cc, smooth-torquing monster. This is when it all started to come together. In truth the 1200 had been a lot of style and not quite enough substance at a time when motorcycle dynamics were increasing exponentially. Where the 1200 had been a little sluggish, hard to handle and not much less hard to stop, the 1500 handled reasonably well for a 1980s super tourer and would have been better if radial tyres had been available. It went well too, not as fast as an FZR or GSX-R, but only about 30bhp shy (and around fifty per cent heavier).

And, it was the first bike ever (probably...there’s always some ancient British classic that did everything first) to have a reverse gear. Which wasn’t actually a reverse gear, but some kind of starter motor based witchcraft that, after deploying the magic lever allowed the bike to move backwards when you pressed the starter. 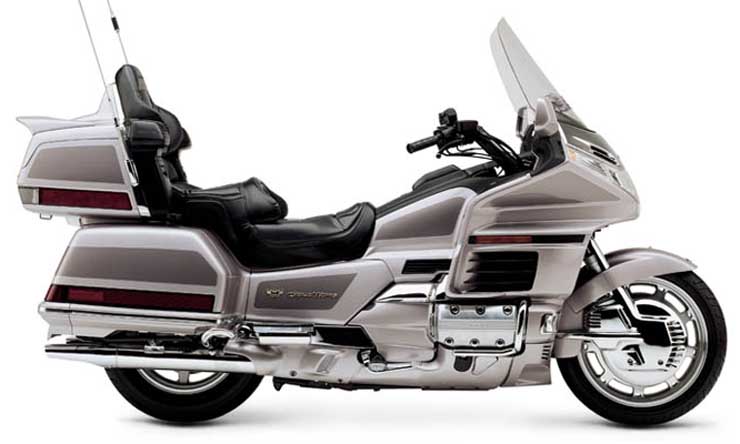 The 1500 arrived just as a generation of Japanese riders grew out of the sports bike thing and were looking for, ahem, adventure. Along with their partners, these were the pioneers of long distance exploration, usually operating in groups and almost always in a blaze of aftermarket lighting and high decibel dad-dancing soundtracks.

A year after the GL1500, Honda mysteriously launched another mega-touring benchmark, the ST1100 Pan European. It went faster than a Wing, handled better and was a lot more grown up and restrained. Honda spent the 1990s building FireBlades, VFRs, CBRs and VTRs and the gap between Gold Wings grew to 13 years.

So this one handled. At least it handled better than any Big Harley or its surviving Japanese rivals. And motorcycling was changing....slowly. Sports bike sales were levelling off and the next generation of middle-aged tourers were looking for adventure too, only this time they were doing it on Bavarian adventure bikes. 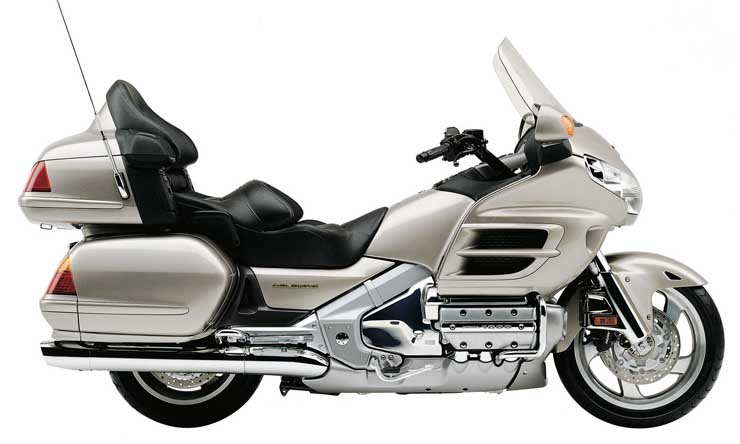 Even more important, technology was moving on and the Wing’s lack of DAB radio, Bluetooth connectivity and essential rider aids was leaving it behind as Harley and BMW got smart. Worse still, everyone agreed that what the Wing needed most was an electric screen and when the revamped Pan came out with the best and most versatile screen of any motorcycle ever, questions were asked. The GL1800 is an amazing motorcycle, but, somehow, it wasn’t quite good enough to stay unchanged for so long, even with the optional airbag. 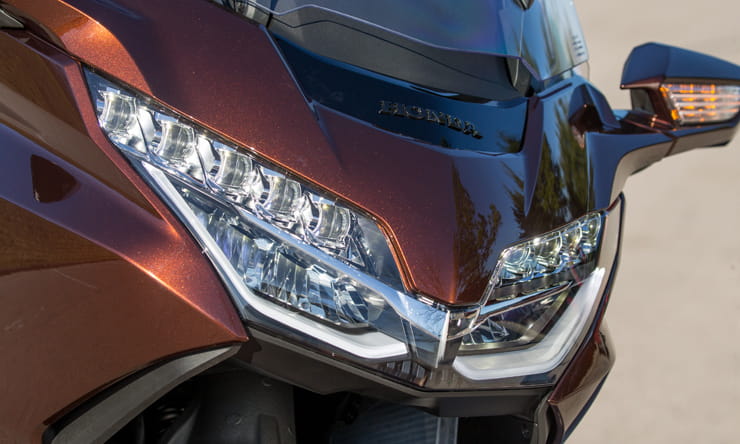 But the 2018 Wing announced last November, is a very interesting motorcycle.

Shorter, sharper, significantly lighter, with radical front suspension and all the latest gizmos including an electric screen and seven speed Double-Clutch gearbox.

It looks like an amazing motorcycle and BikeSocial is riding it this week. Motorcycling is changing and it’s easy to think that the world is getting slightly more ‘Wing’. 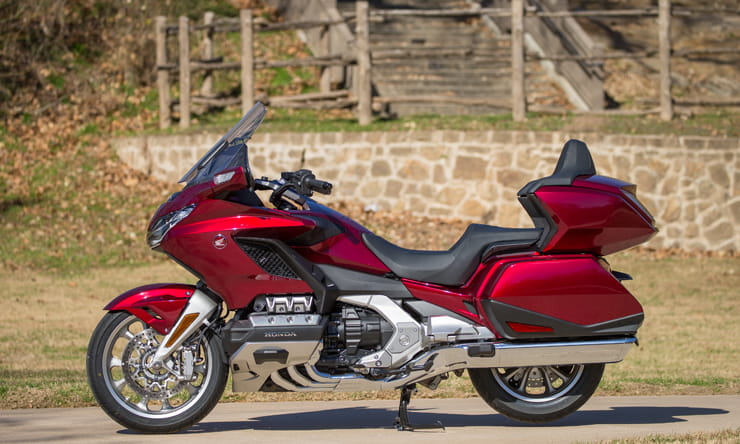 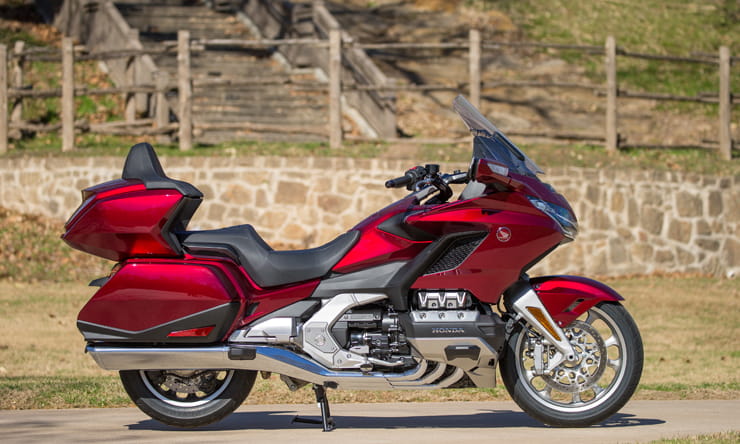 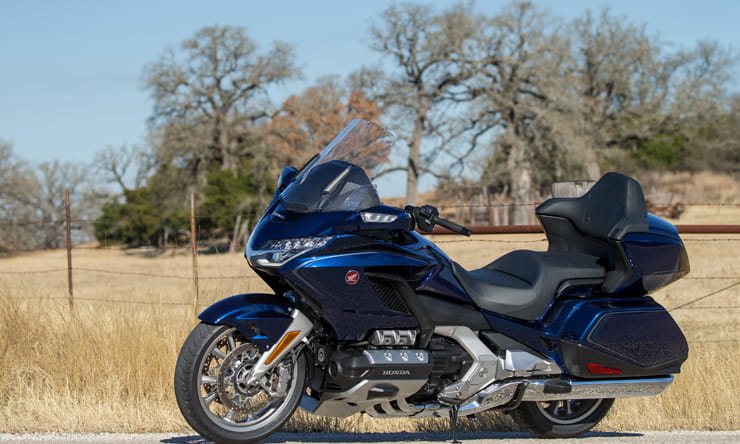 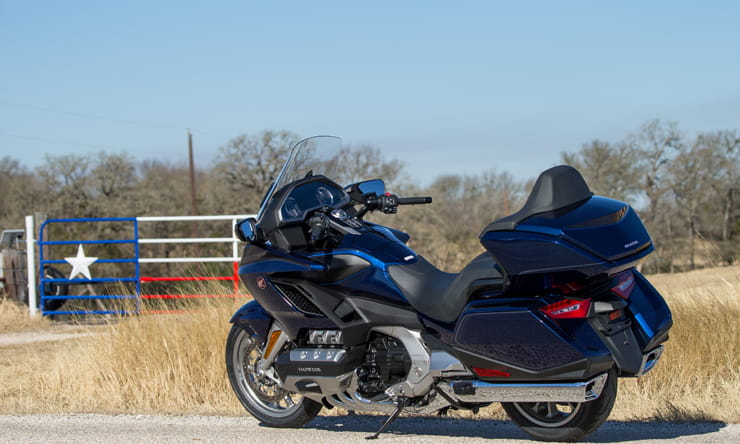