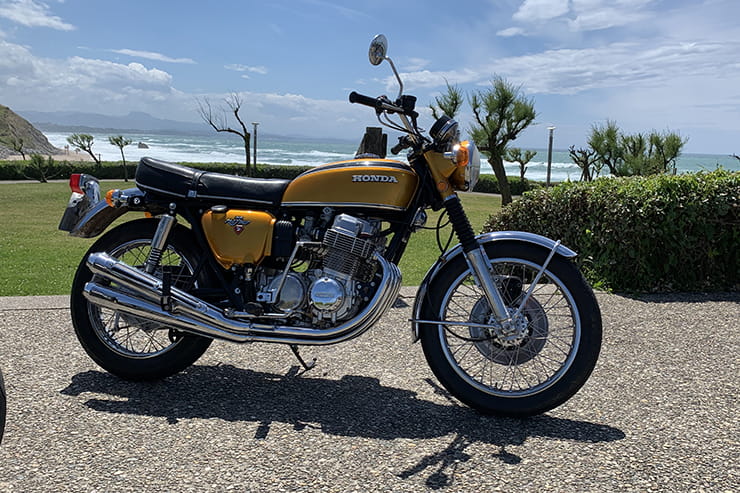 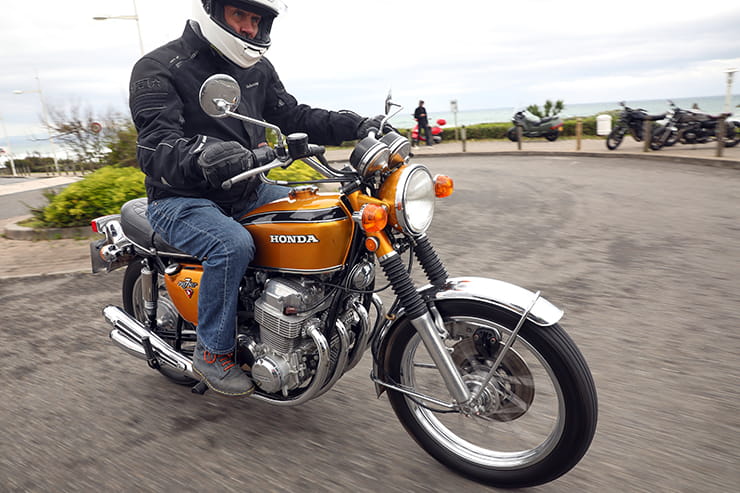 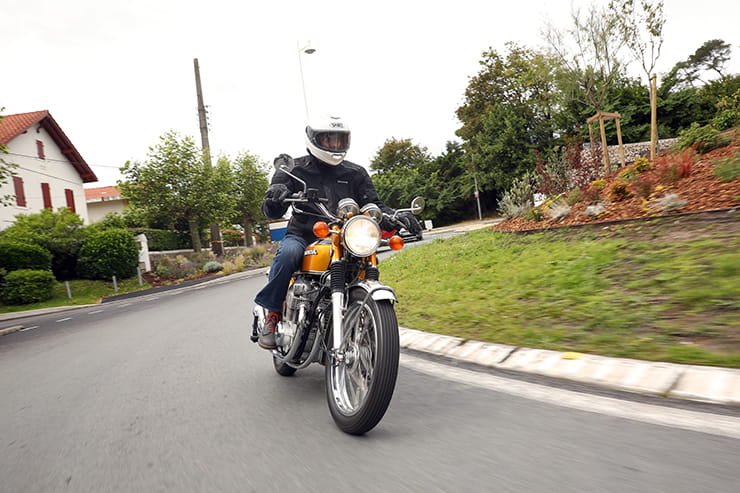 1969 was one hell of a year. We went to the moon (and might have even landed on it), had peace, love, Woodstock and the first Led Zeppelin album. Death and destruction through Charles Manson and Altamont, the last ever Beatles concert on the roof of Abbey Road, Concorde and the Boeing 747 flew for the first time. Oh, and Honda changed motorcycling forever.

It’s hard for those of us who were still watching Trumpton at the time to understand the impact Honda’s CB750 must have made. In 1968 the Japanese company was on the verge of becoming the biggest manufacturer in motorcycling. They’d paid their dues, built a reputation for efficient, reliable, commuter transport and won multiple world championships with innovative, multi-cylinder machines that revved beyond eleven and sounded like an angry future.

Having won the 500cc world title in 1967 with a four-cylinder bike, Honda withdrew from racing. Two years later they launched the four-cylinder CB750 roadster, which, in modern terms would be like launching an unfaired, streetfighter version of Marquez’s race bike with a 1500cc motor and selling it for the same price as a Fireblade.

Seriously, what Honda did in 1969 was so far removed from what anyone else was selling, it’s impossible to comprehend. The CB750 had twice as many cylinders as any motorcycle on sale, made 50 per cent more power, had a starting procedure that didn’t involve kicking or tickling, brakes that worked, reliability that other manufacturers couldn’t even dream of and all for the price of a lashed-up, warmed-over, vibrating British nightmare that should have been put out to pasture ten years earlier. 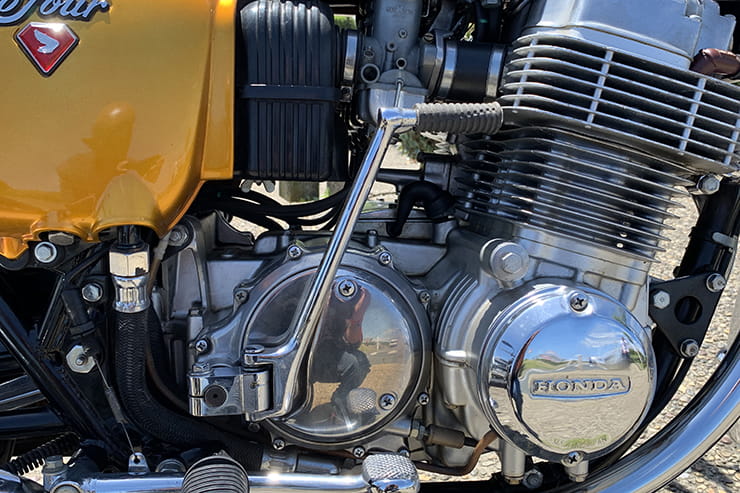 Where other motorcycles had push rods, the Honda had a chain to drive the single overhead camshaft. Where other bikes used heavy, ineffective brakes needing continual adjustment, Honda used a lightweight and effective (in the dry, at least) disc and where your mate’s BSA needed the points setting every other ride and cam timing every weekend (did every issue ever of Motorcycle Mechanics magazine come with a free timing disc?), the CB750 just started every time and ran like a precision-engineered Japanese watch.

It didn’t vibrate or break down, went around corners as well as anything else out there (once you’d ditched the not-quite-good-enough OE tyres) and – this was the killer – it had FOUR exhaust pipes, which was clearly twice as good as having only two.

The CB750/4 should have been as cast-iron a classic as a Brough Superior, Vincent Black Shadow and BSA Gold Star all rolled into one, but it never really happened.  For two reasons. Firstly, the pace of progress in motorcycling was getting hotter. Kawasaki launched their three-cylinder two-stroke H1-500 not long after, which was considerably cheaper, lighter, even better looking and almost as quick. And then there was Easy Rider. A film about two hippy dudes riding across America on the craziest choppers we’d ever seen (probably the first choppers we’d ever seen), getting naked with girls, smoking drugs and generally, having an even better time than it was possible to have in St Albans on a knackered BSA A10. 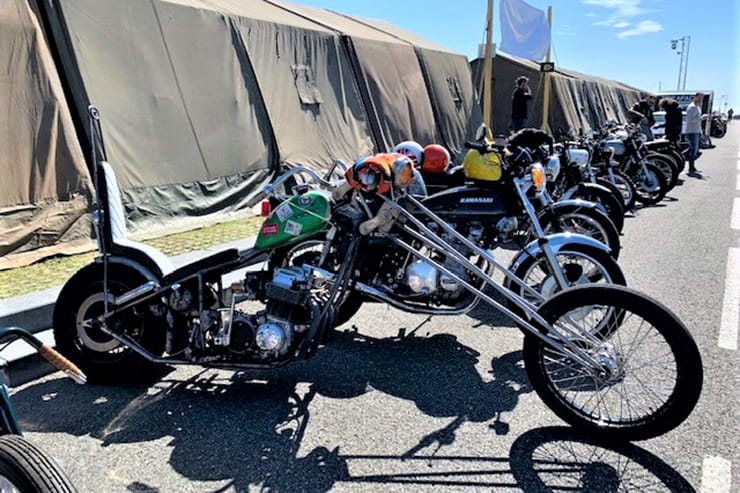 Almost overnight Britain abandoned the rocker and café racer culture and every teenage motorcycle ’erbert worth his sailor socks and Brylcreem wanted extended forks, metalflake and a cissy bar so big it would pick up Radio Caroline. No one in their right mind was going to hack up a brand-new Honda and so, instead, all those saggy British twins got a new lease of customised life. At the other end of biking, the older riders who could afford the new Honda were still deciding whether or not they could buy anything made by people their parents had been at war with and so clung onto their Nortons and Triumphs. Hats off to the technology Honda, but we’ll stick with what we’ve got if it’s all right with you.

Not that it really mattered. America, not Europe, was Honda’s goal. As the British manufacturers imploded, Honda (and later, Kawasaki) poured hundreds of thousands of superbikes into the States at prices no one else could match. It is estimated that between 1969 and 1978, Honda sold close-on half-a-million single-cam CB750s. And because they were so well built and because so many of them ended up in the warm, dry climate of the USA, enough of them survived to mean they aren’t actually that rare, hence the so-so values in the classic market.

Add to that how the current generation of UK riders mostly started riding in the 1980s when CB750s were simply a cheap hack or the donor bike for a dodgy chopper and there’s a double whammy of disinterest for one of the most significant motorcycles of all time. 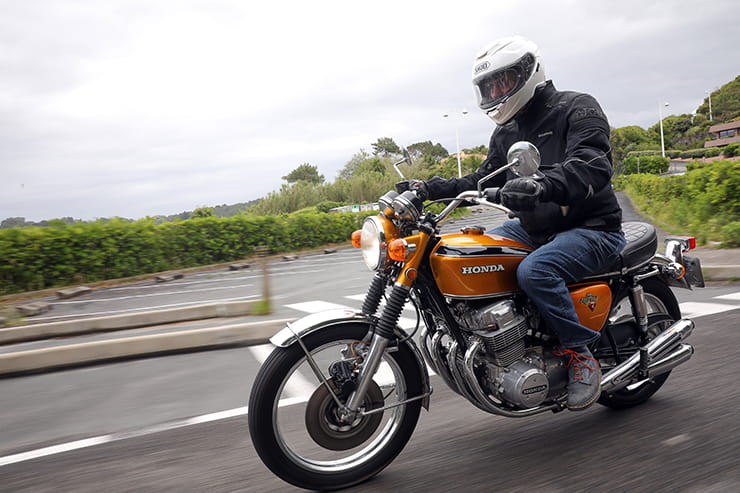 Last week I rode an early example again. It was fascinating – not just for how ‘that CB750 feeling’ came right back, but also because it rode really well and still felt like a bike you could use every day. There’s a lovely ‘fluttery’ feel to the engine – as if every single valve opening is particularly considered. The throttle is a little heavy because there are four big carb slides to lift. And, of course the brakes and suspension feel a long way from a modern bike.

But the engine sounds great at mid-high revs, the riding position is perfect and this 49 year-old CB750 was so much easier to ride than an equivalent Triumph, BSA or Harley would have been. Buying one as a classic is tricky. The very early 1969 models are known as having ‘sandcast’ engine cases, although the process actually used was ‘permanent mould casting’ which is slightly different. These first bikes are the ones that make the biggest money, but even then, you can still buy a tidy sandcast bike for between £20-30k, which is cheap for a bike as significant in motorcycling history as this one. 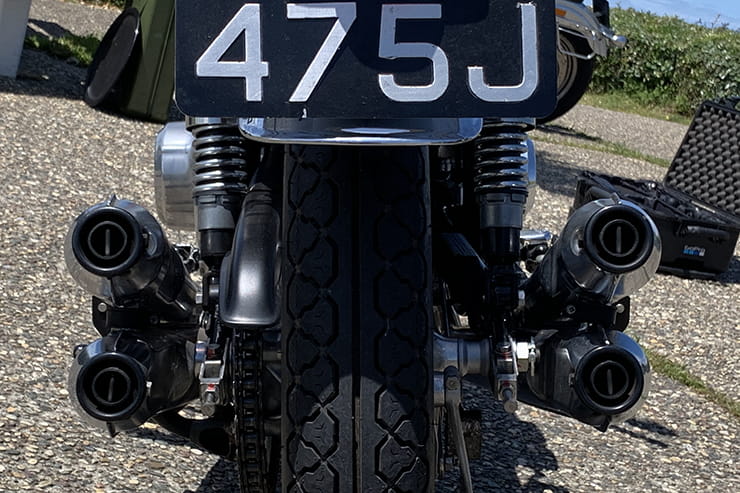 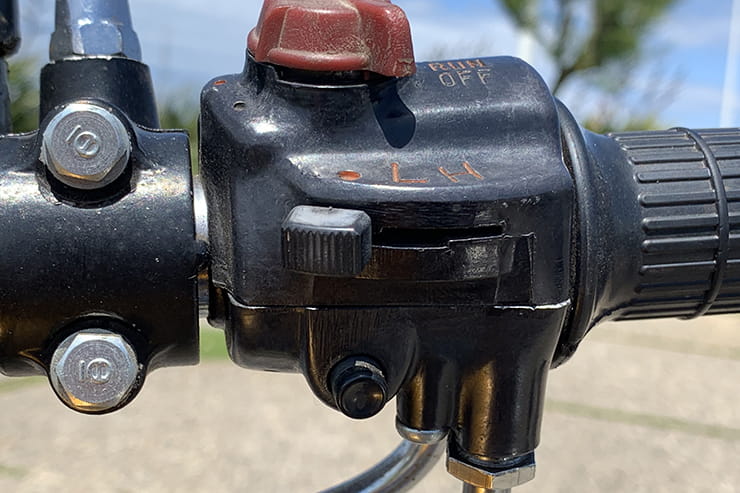 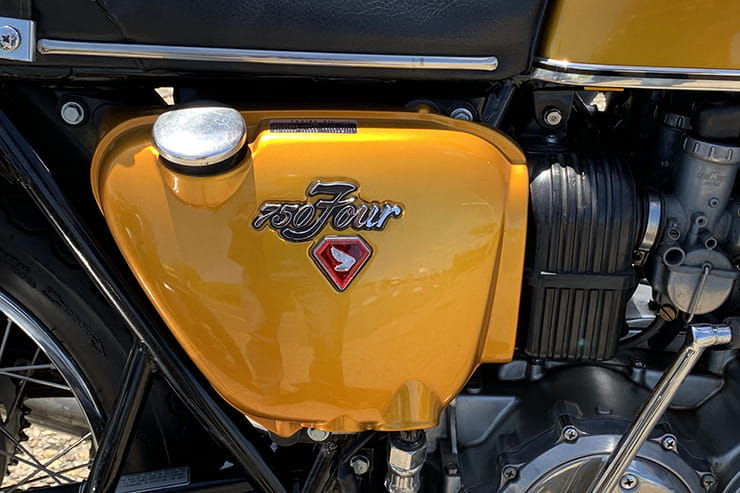 Four exhaust pipes, that ‘magic button’ for easy starting and a dry sump engine to give British bike riders some kind of familiarity

Later 1969 bikes and beyond use die-casting and for anything beyond 1970, the CB750 market is a bit of a wild west. Most of the standard bikes are American imports, some have been restored, but not always recently and many others are in good, original condition, but clearly needing some work. The 1970s chopper craze means there are plenty with aftermarket handlebars, slash-cut exhausts and silly seats and the more recent café racer craze means there are plenty more with racing bum-stops, clip-on bars and eye-watering price tags.

Right now £10k will get you a tidy early die-cast CB750. Many are advertised for more and some are worth it because of originality or extensive restoration. In time a good CB750 will become a proper collectors’ bike. It’s too significant not to. How long that takes is anyone’s guess. There are certainly bikes out there who’s values are rising quicker and the CB750 market is hard to assess because there are so many tidy examples still out there.

Our advice would be to buy an early 1970s K-model cheap (the CB750 became an F-model in 1976 in a failed attempt to keep up with Kawasaki and Suzuki), sort out the niggles, take your time getting it how you want it by buying the right parts at the right time at the right price. Enjoy the bike and let your children get a pleasant surprise long after you’ve gone when they come to sell it and realise that, finally, a CB750 is worth the money it always should have been. 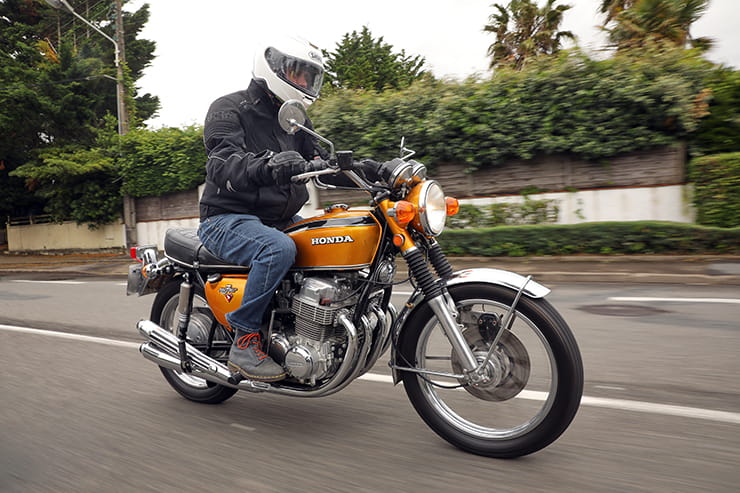 Three things to consider before buying one…