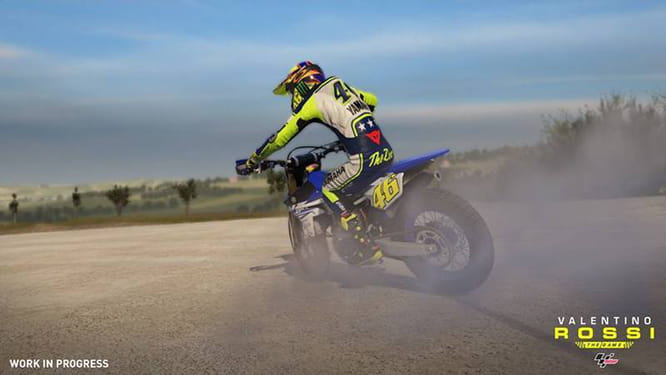 VR46 - two letters and two numbers that can sell anything.  From action figures to baseball hats, watches to Zippo lighters.  You name it and the mercurial talent and shrewd business man has slapped his logo on it and chalked another tenner to the price tag!   Now comes Valentino Rossi – The Game.

It’s a bit of a first in the world of motorcycle racing games for a few notable reasons.  Never before has a racing game let you step into the boots of the great man actually take part in the races that helped to form his career.  In VR46 Historic Events you can take over for the last three laps at Brno to take his first MotoGP win, you can dice with Biaggi, Capirossi and Melandri for the all Italian podium at Mugello in ’05, all the way through to his season opening Losail victory last season!  Sadly, no re-run of turn 14 of Sepang from last year – let’s hope that’s on a DLC (Downloadable Content) then!

Another first for Sim’ racing game is the number of different styles of racing, you can now undertake!

MotoGP, Moto2 and Moto3 all bang on up to date machinery, RGV, NSR and YZR500’s 2 strokes, MotoGP 250cc 2 strokes and 125cc 2 strokes, 2016 YZF-R1M’s!  And that’s all before we even get to the cars…no I’m not kidding!  You can take to the rally course in a WRC Fiesta Rally Car, or Drift a Mustang round an old kart track.  The most entertaining mode I found was taking to the hallowed gravel of Rossi’s Tavullia ranch, and riding the flat track courses.  It’s well known that this place is secretive, no press or public can get near but Milestone, the games makers, got exclusive access and laser mapped the whole place.  The result, 1.5 miles of gravel, hills and sideways fun! 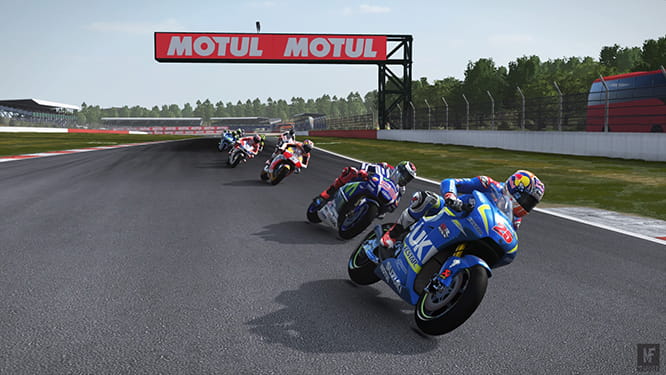 There are some negative points to the game, the menus are never ending and its sometimes a bit unclear which one you need to go to when looking for the event you want. The online multi player has a bit glitch, bikes drop from the sky in front of you every now and again, a bit like club racing at Mallory really!  I’m sure after a few updates the online racing should smooth out, I played the game the day after it was released.

All in they have done an amazing job with the game, the graphics gameplay and physics are spot on, some bike games have left me a bit cold with the was the bikes handle and flop around, but Milestone and the Team have nailed this!

Valentine Rossi - The Game is available now on X-Box One, PS4 and PC.  Console version are around £44.99 for the standard game and £99.99 for the collector’s edition – including, baseball hat key ring and Sand from the ranch – or B&Q!