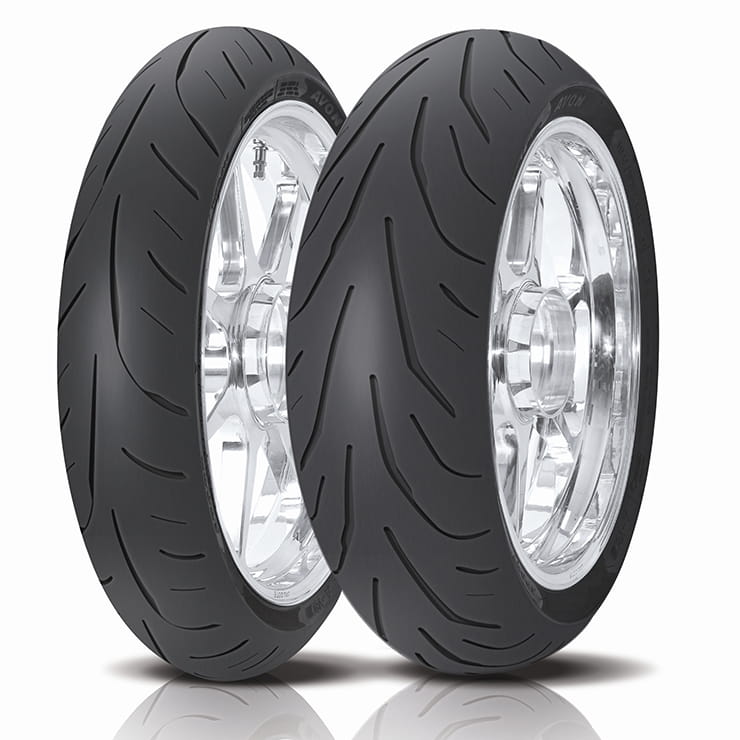 Avon may not be the best known name when it comes to out-and-out sports tyres, but the Wiltshire based company has a strong following thanks to its reputation for offering great value for money and some hard wearing sports touring tyres.

Funnily enough, mention Avon and the visions of classics and sidecars go through my mind. They’ve recently started working with Triumph to provide original equipment tyres to some of tyres cruisers, including the recently announced Bonneville Bobber, and that’s a pretty big deal for any company. The British brand is not the biggest on the market, but they’re not only taking on the big boys in the niche markets. They are still developing modern products, such as the current 3D Ultra range, aimed at sports bikes.

Last year I fitted a pair of the top-of-the-range 3D Ultra Extremes to my 25-year-old Ducati 750SS. Being an older bike, the choice of high performance rear 160/60R17 rubber is somewhat limited, and although a road-legal race tyre is most definitely overkill, being honest, my reason for choosing the Avons was that they looked pretty trick, as much as anything else. Vain, I know, but the 750SS is my sunny Sunday morning when I’m in the mood type of bike.

The Extremes are developed as a true trackday tyre, as witnessed by the aggressive profile and minimal tread profile. Other versions in the 3D range, the Sport and the Supersport, are definitely more sensible for use on the road and more similar to the Michelin Pilot Power 3s that had previously been fitted to my Ducati.

Those Michelins had performed admirably, delivering a good level of grip that far exceeded the bike and my capabilities on the road. Ordinarily I would have no reason to change, but in the name of journalism I wanted to see if the British-made Avons would improve one of my bugbears about the old Ducati, namely the somewhat slow and lazy steering. Another reason for taking the Extremes.

On the road, the Avons are probably too much tyre for the old girl. The sharper profile of the front does indeed quicken up the steering albeit, as you might expect, at the expense of some stability. The side grip is, however, superb and they warm up quickly, giving good feedback on the way. I did a session on track and had no issues at all, although how they feel on my aged V-twin (which left Bologna with a claimed 66bhp) compared to a modern sportsbike with four-times that is pretty debatable.

What I do know is that Avon are making some decent tyres these days. I can’t really vouch for the longevity of the Ultra Extremes, but being a supersport tyre it is largely irrelevant. I’ve done around 2,000 miles and they’ve still got plenty left in them albeit, as mentioned before, with just 60-something horsepower giving them a mere tickling. For road use, which frankly makes up almost all of my time on the bike, Avon’s Ultra Sport or Ultra Supersport are undoubtedly the better choice, especially in wet conditions. For the fastest trackday riders looking for ultimate performance, there may well be better performing options out there too, but for the casual track day enthusiasts looking for a well priced tyre that’s a step up from regular rubber, the 3D Ultras are well worthy of consideration.