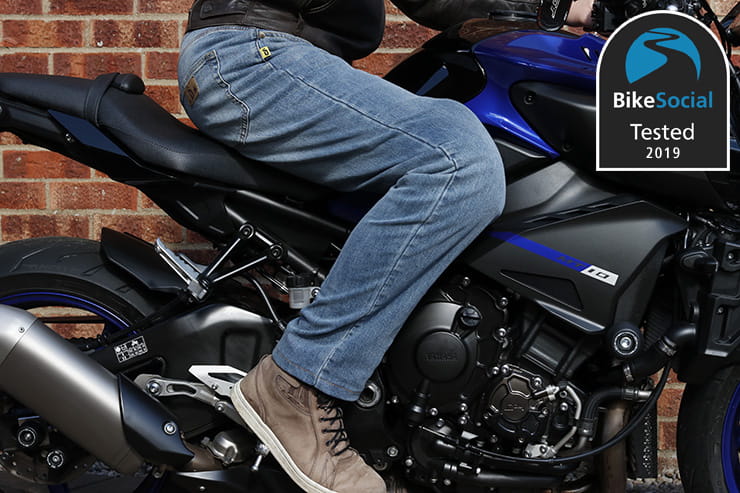 I’m a big fan of protective motorcycle jeans – I’ve worn them on press launches around the world, riding unknown roads far faster than I usually would. But I’ve always trusted my skin to fully-lined denim; the Draggin Rebels reviewed here are only part lined… having used them on a Kawasaki Versys and Yamaha MT-10, do they offer the same confidence? 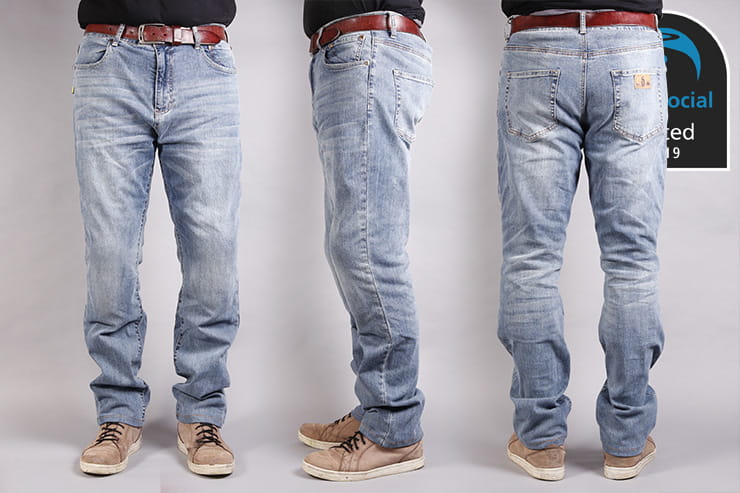 There’s no armour supplied though – knee armour costs an extra £14.99, as does the hip armour. I have just the knee protection in (taking these jeans up to £244.98), and it’s here that the fit is let down – a fixed pocket is used, offering no adjustment for height. This is a problem for me, as the armour sits a little high when I’m standing, and way too high when I’m sat on the bike, leaving the front of my knee and lower leg exposed. This is made worse when I try to hitch the back of the waist band up, which can sit low due to the cut.

The armour is quite thick, so it’s very visible when you’re wearing these jeans – on me at least it makes for quite an unflattering look, but it is soft, so if it’s in the right place for you, you shouldn’t find it uncomfortable.

Another option is to use Draggin's 'Knee Guards', which strap directly to your knees. Costing £40, they take the total price up to £269.99, but keep in mind that you could use them with other gear too (they're ideal for off-road riding with lighter-weight kit). The Knee Guards would put the armour in exactly the right place, and prevent it moving around in an accident, which would give much better protection than armour that 'floats' in the jeans. They may not be the first choice for some people wanting to wear the jeans all day, as they further add to the bulk and warmth, but you can take them off once you've dropped your trousers.

Of course, fit is entirely subjective, so you shouldn’t base any buying decision on it until you’ve tried them for yourself. 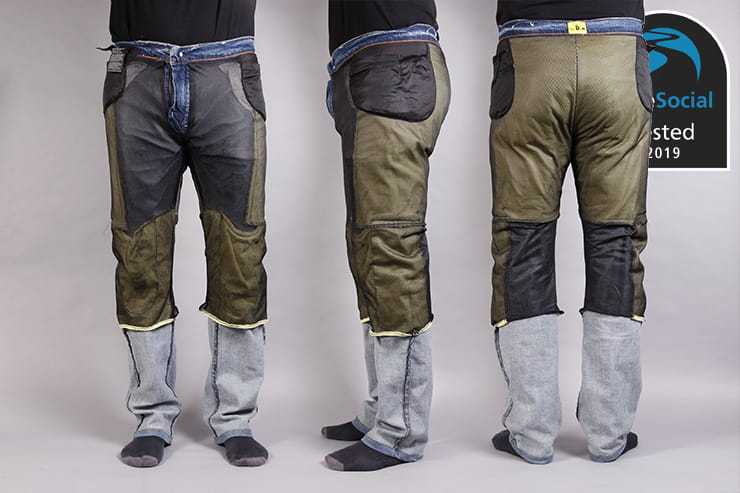 While the pair I had on test didn't have a CE label in, the Rebels (along with Draggin's Classic, Drift, Next Gen, Twista, Racey and Revs), have all been certified to prEN 17092 with an AA certification. AAA is the highest, but jeans with the top rating often tend to be hotter to wear as the protective material has to cover the entire garment, not just key impact areas.

The ‘Roomoto’ branded para-aramid lining (Kevlar is a trade name of DuPont) is fairly thick and, despite being part-lined, covers a good amount of the body – dropping well below the bottom of the bum – and a good deal further around the sides than many others. The knees are well protected with para-aramid, but not the front of the crotch.

This design can make for a lighter, cooler pair of trousers than a fully-lined pair, but given the thickness of the material here, compared to some other kit I’ve worn, I wouldn’t say the Draggins are easier to spend the day in. But, compared to a fully-lined pair of Draggins, using the same thick aramid, this is the more comfortable day-to-day option. 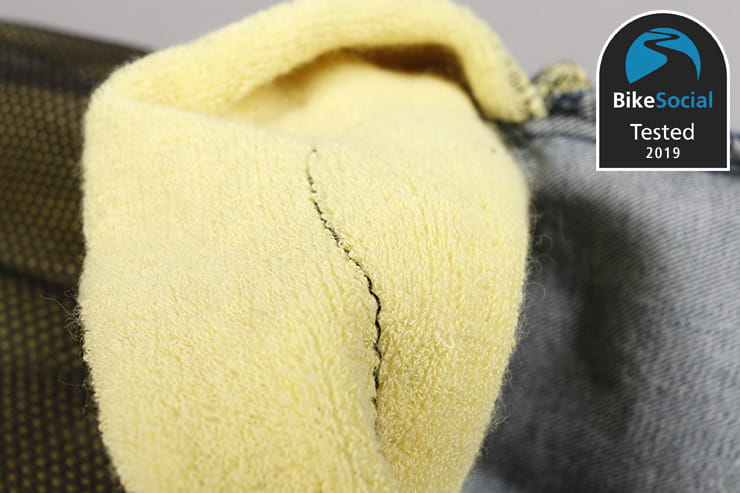 Draggin uses a towelling-style knit in its aramid lining

Besides sitting on the top of my legs when riding, the knee armour doesn’t tend to stay in place. I do prefer a more loose leg on riding jeans (at the compromise of potential armour positioning in a crash), but on me at least, the optional CE Level 1 protectors – which are quite hard to fit – seem to be in the wrong place all the time. The Rebels are best worn with armour that straps directly to your leg.

It’s good to find a mesh liner, which helps to reduce sheer forces against your skin in the event of a crash. 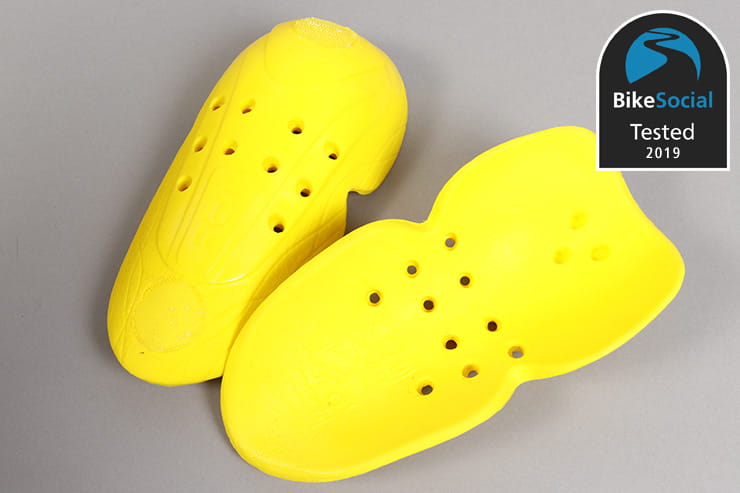 The knee-armour, like the hip armour, is an optional extra

There are two pockets on the front – along with a coin pocket to the left – and two on the rear. The front ones are quite shallow, which is a shame as I can’t trust them to keep my phone in.

The front pockets have a linen interior like ‘normal’ jeans – a fully denim pocket will last longer if used for keys etc, but always remember that anything you put in your pockets will be a potential hazard in the event of a crash. 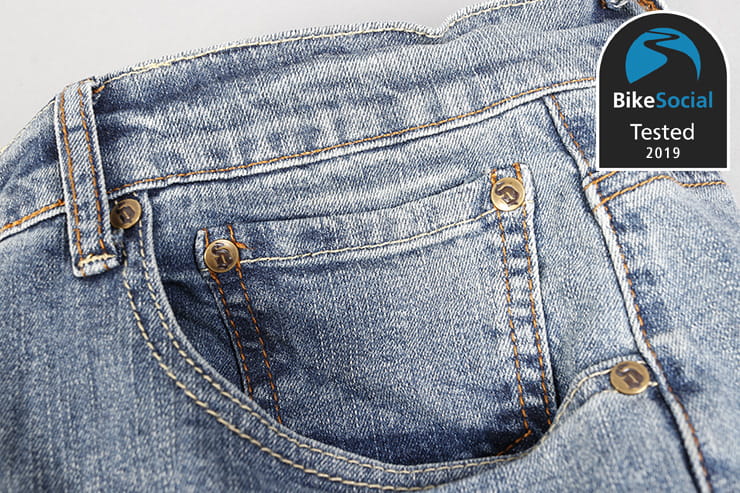 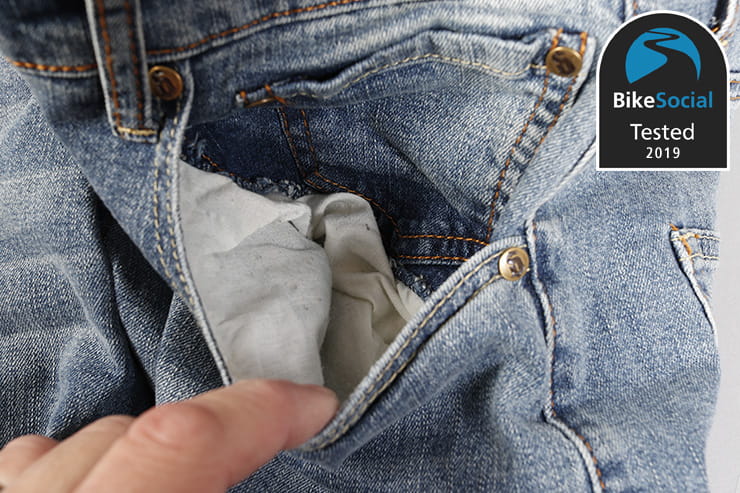 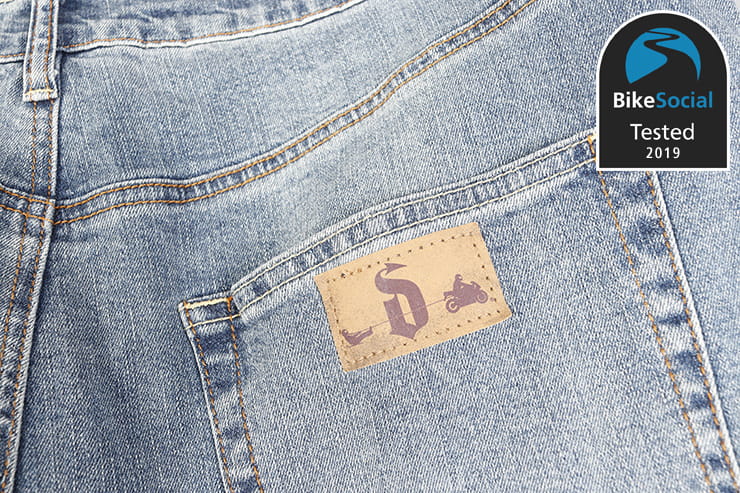 A good quality YKK zip is used on the fly, with a solidly fitted branded button above. The website says that no rivets are used, but the six fitted are flat to avoid scratching your bike’s paintwork. There’s no rivet at the base of the fly, so your tank should be safe. 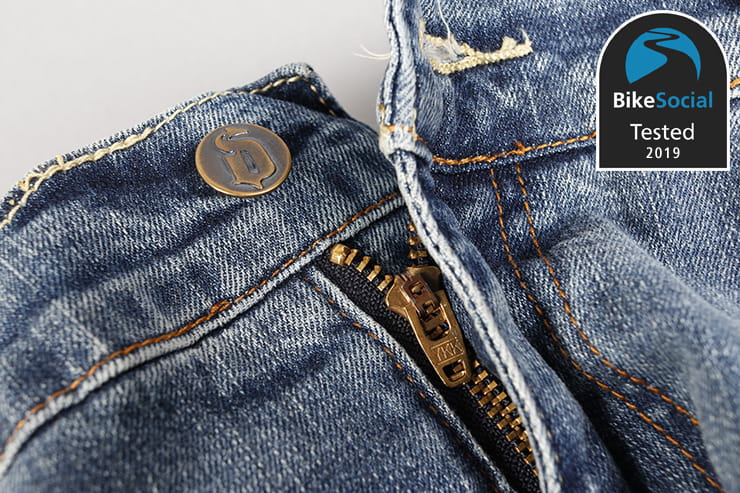 The Draggin Rebels are lined down to just below the knees with a mesh liner – besides reducing the risk of tearing forces to the skin in a crash, this can also help regulate your temperature, making for more comfortable jeans. Because the aramid is a flannel-style knit though, there’s a lot of warmth and bulk around the protected areas, making them quite hot to sit in. 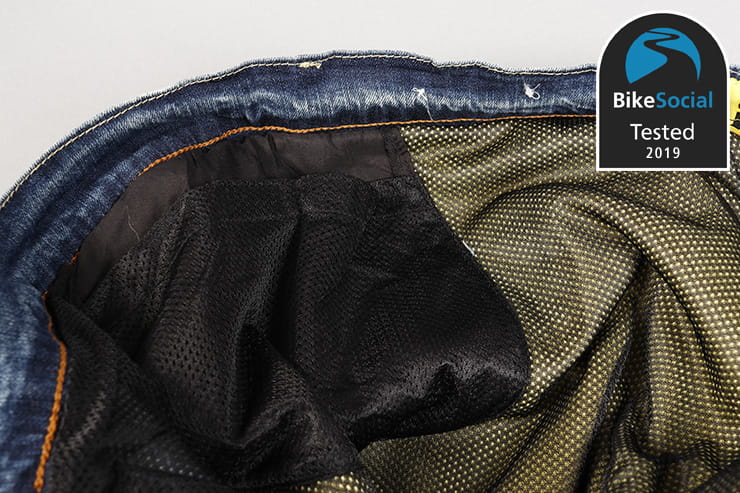 The Draggin Rebel jeans are expensive, but well constructed with quality stitching and far more coverage than many other part-lined jeans. Keep in mind that they are hotter to wear than some fully-lined jeans that use a different style of protective lining, and that they really don’t fit me well with the knee armour fitted. However, if the style of the Draggins appeals, and you’re not interested in fitting knee armour (or you're happy to use separate protection), it's worth trying a pair on.