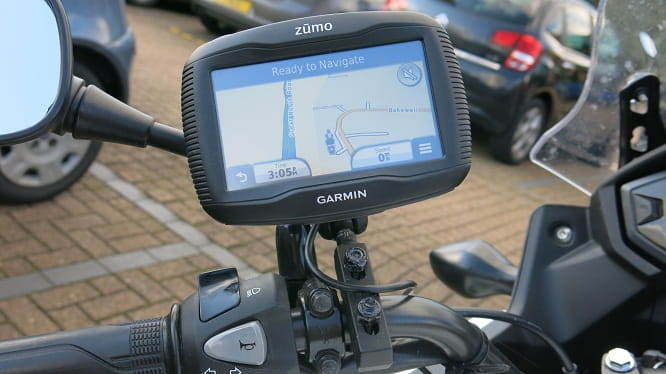 Motorcycle satellite navigation systems are becoming all the more popular, and while we acknowledge they aren’t always necessary, they are fairly useful when it comes to travelling long distance and touring on two wheels.

Earlier this year, technology firm Garmin released another addition to their Zumo range, the 390LM.  At £349.99, the Zumo 390LM is the second cheapest of Garmin’s range with just more basic spec 340LM model costing less.

The 390LM boasts a simple, slim design that doesn’t look too out of place on any bike. The black rubber case, which is ribbed on the rear, helps protect the unit from stone chips and other damage while enhancing its weather-proofing.

It’s relatively easy to use; it took me just a few minutes to get my head around the basic functions and not much longer to figure out much more. Finding a route couldn’t be easier. It’s based on the ‘Where to’ function, which when selected offers various options for both addresses and points of interest.

The 4.3 inch display is glove friendly – especially in motorcycle mode when the buttons are made bigger. A tap of a gloved-finger is enough to make your selection, meaning the system is easy to navigate both while stationary and on the move. The display is visible in all conditions, including strong sunlight although it’s slightly more difficult to see in the sun when it’s not connected to a power source.

On its loudest volume, instructions can be heard when travelling below 40mph but not above – although there is a headphone jack on the bottom and it’s also fitted with Bluetooth connectivity if you’ve got a compatible helmet or gadget.

Battery life is said to be around seven hours, which is more than enough for any long ride although I mainly used it connected to my CB500X’s battery. Fitting the unit was relatively painless. Everything is supplied apart from the 11 inch spanner needed to tighten the handlebar mount. 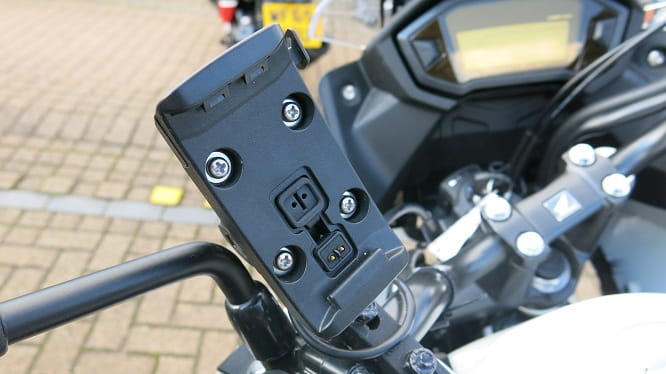 Unlike other Zumo models, the 390LM has just one cable, which splits into two to fit on the terminals of your bike’s battery. On the CB500X it was easy, simply feed the wire through the fairing, under the seat and onto the battery – it might be worth checking it’s as easy on your bike before you buy. The device clips on and off with ease but if you want to take the whole unit off, it does involve removing both the clamp and the wire from your battery.

It’s said to be waterproof and I can verify that after a wet 200 mile ride to Wales, but I did notice that if the connection points on either the handlebar mount or device itself got wet it the power would randomly cut out. When it loses its power source, it automatically turns itself off after 15 seconds in order to save battery life.

The 390LM features a number of apps, including a handy tyre pressure monitor (if you shell out the extra for the sensors), a service history log section and ‘TracBack’ – which directs you back to your start point should you get lost.

It tracks various stats from each journey, including your mileage, average and top speed, which makes for interesting analysis post ride! 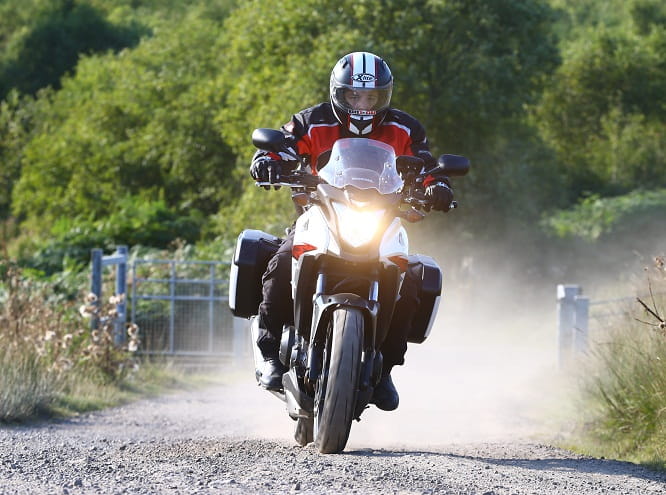 One great feature is that you get free map upgrades for life – something you’ll definitely need! We had the model shortly after its release and on a long, long trip to Wales it got a little confused when I was riding down a recently opened dual carriageway in search of the Circuit of Wales.

Finding services on the move is easy, the on-screen display helps with what lane to be in for your junction and clearly displays which junction you need to be taking – unlike other units which have seen riders get confused.

The Zumo 390LM is £40 more expensive than TomTom’s latest offering, the Rider 400 but is still ‘reasonably’ priced for a motorcycle specific navigation kit. It does come with a car mount so you can double it up for use on four wheels too.

In conclusion, the Zumo 390LM is a lightweight, well-designed motorcycle specific navigation with a number of useful features. It’s easy to use when on the move and the screen is visible in all conditions.