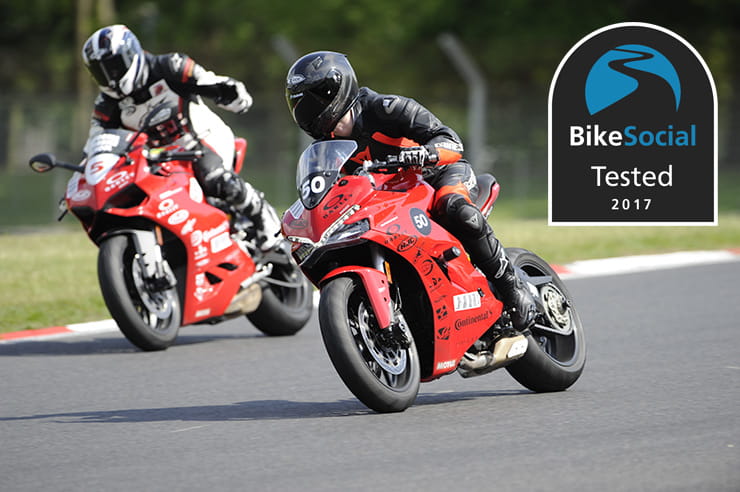 As a ’90s baby, growing up all I ever wanted to be was ‘the red one’ from the Mighty Morphin Power Rangers. Twenty years later, and despite that still being a work in progress, I’ve realised that there’s an even cooler crew I want to be part of…

Okay, they’ve swapped the Megazord for a Ducati Panigale and yes, they’re only saving the world from rookie riding errors instead of alien attacks... but my god the dudes from California Superbike School (CSS) are friggin cool!

I was fortunate enough to complete level 1 and 2 with the school at a sun-kissed Brands Hatch Indy circuit. Prior to this, my only ever track experience had been a couple of ‘novice only’ track days. I thoroughly enjoyed these, but in hindsight, I realise I was just wasting my money, as I was going out on track with no professional training or any real goal. 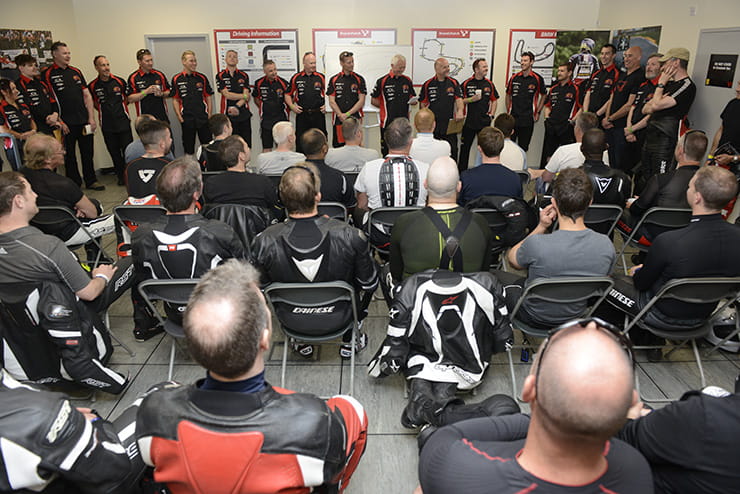 The first CSS safety briefing was key for me. They clearly got across to the room that we were not there to set a lap time, nor were we there to ride at 100% of our ability. We were there to learn, it’s a school, and every time we went out on the track they wanted us to come back in, having tried a new skill; a technique or skill that we wouldn’t have previously been able to try out on a fast and furious track day.

Also in this briefing they mentioned a keyword: ‘team’. The head CSS marshal reinforced the idea that we needed to work together to create a safe environment for people to learn in. He quickly laid down the rule about not diving up the inside of other riders mid-corner, and the importance of giving fellow riders space on track. I know this is an unwritten rule of track day etiquette, but it’s often broken. So to see how seriously the CSS team address this issue from the outset is for me at least, one of the unique selling points of CSS days, particularly if you’re new to riding on track; knowing you can focus purely on your own riding, and have the confidence that the riders around you are actually helping you develop really helped me. 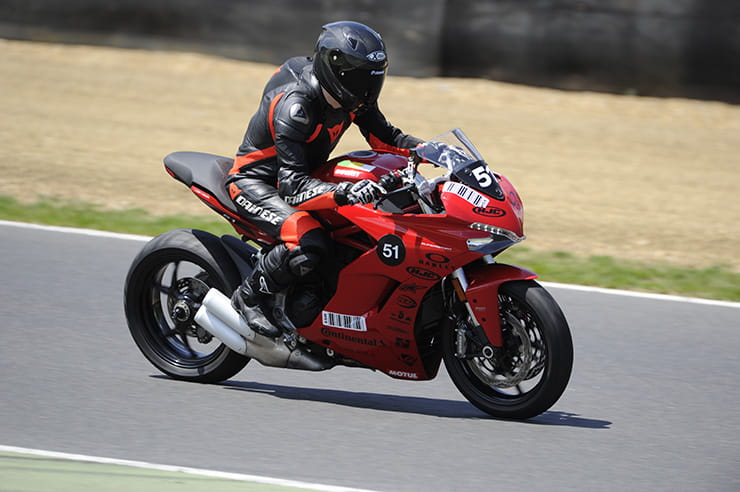 Day one, level one, was all about the bike’s stability in the corners. There’s a real science to the way a bike acts mid corner, and the classroom sessions break it down into layman’s terms. Once we clearly understood what the motorcycle is doing, you’re then taught how to apply skills to make it even more stable.

One of the gems I’ll take away from level one is the way in which they explained counter-steering to me. I’m aware I already subconsciously use this technique on the road, but I’ve never had the opportunity to go out on track and try it in real anger.

I previously really struggled to counter-steer at high speeds, as I found my arms were too rigid to feel the bars. Dennis, my one-to-one coach for day, quickly spotted this when following me out on track. He then spoke to me about this in our post-track debrief, and taught me some tips to help me out. He made me sit on the bike and showed be where I need to be gripping onto the bike with my lower body to take away some of the demand on my arms.

Next time I went out on track, heading down into Graham Hill Bend, I put this skill into practice and it worked a treat. I clearly had more relaxed arms as a result, and could push on the inside bar with so much more feel. Dennis saw me trying this and gave me a big thumbs up after he shadowed me for the next lap. It’s this tiny attention to detail that really shows the class of the Superbike School trainers, and reinforces their philosophy that you’ll leave a better rider as a result of their training.

Despite being knackered by the end of day one, I was so in awe of all the skills I learned, and so keen to keep practicing them, that I went to my local bike meet that evening. It was my first real chance to apply the CSS skills on the road and they didn’t let me down. It was so comforting to know I had a new array of abilities in my back pocket that I could call upon when I needed them, should an incident arise on the road I was not familiar with. 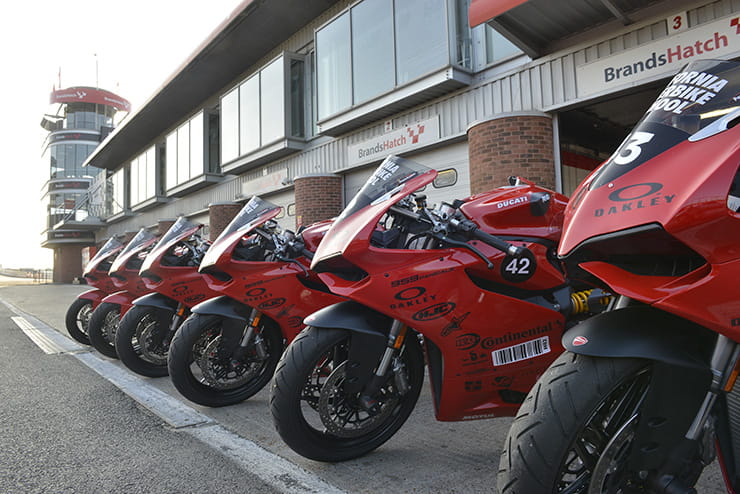 Back to the circuit…

Head down, knees tucked in, I feel like I’m Shane ‘Shakey’ Byrne about to wrap up another British Superbike title going down the start/finish straight at Brands Hatch! That is until Sam, my Superbike School instructor for the second day of my training, effortlessly, pootles alongside me.

He nonchalantly takes a hand off his bar and taps the back of his Panigale, implying I need to tag onto his back wheel. Moving in front of me as we head towards Paddock Hill, he then drops the bike onto its side and almost touches the turn-in point and apex of the corner with his finger, to show me where I need to be looking at each corner.

Level two is all about reference points and learning how your vision can have a huge say in where both you and the bike go on track. One key corner that level two training helped me master was Clearways. – it’s a very long, wide and undulating turn that makes picking your reference points slightly tougher.

In your second session of level two training, the CSS guys make you ride the first lap hugging the inside line of the track, and the second hugging the outside. It seems a very simple exercise to try out, but it makes you appreciate just how wide the track is, and is something you just couldn’t do on a normal track day.

This new-found appreciation of track width, plus the various array of observation skills the team teach you in the classroom throughout level two, made Clearways a whole new corner for me, and it’s now one of my favourite of the circuit.

Towards the end of day two I was starting to notice some of skills I learnt in level one the previous day naturally slip into my riding. I was carrying more corner speed around the circuit than I ever have before, and my new outlook of the track gave me the confidence to experiment with new lines.

The final session of level two touches on body positioning on the bike, which leads nicely into level three, but I’ll leave that until later. By this point though my brain was slightly frazzled after the two days of training. I know places on the school are extremely sought after and they aren’t in town much, but two days of riding back to back does take its toll; more mentally than physically. So if you can, definitely consider spreading out the levels. It will also allow you more time to go away and master the skills before taking on more. 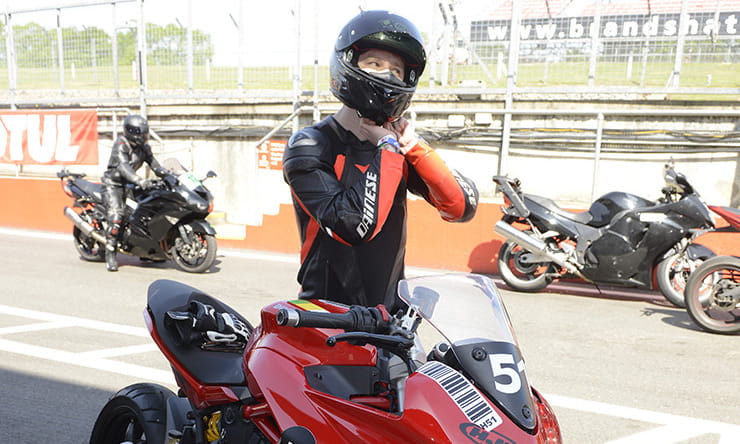 The CSS days are run like the well-oiled Italian machines you swing your leg over if you’re renting one of their machines (from £265, but you can use your own bike). On and off the track it's mighty impressive to see just how slick and professional the set-up is – in between my breaks I was just standing back and admiring it. From the coaches to the photographer, everyone knows their role… It’s this organisation that fills you with confidence, and lets you enjoy the day even more.

It’s renowned as the crème de la crème of track day experiences, and it's easy to understand why. I now feel more confident on a bike, both on track – and more importantly on the road – than I ever have before… and I don’t think praise can get much higher than that.

Oh and for the record, I so badly want a set of California Superbike School leathers. I never got bored of seeing the silver lettering emblazed into their one piece’s fly past me on track and off into the distance. It’s like a prestigious coat of arms, and when you realise the training and time it takes to become a member of CS, its understandably worn with immense pride. 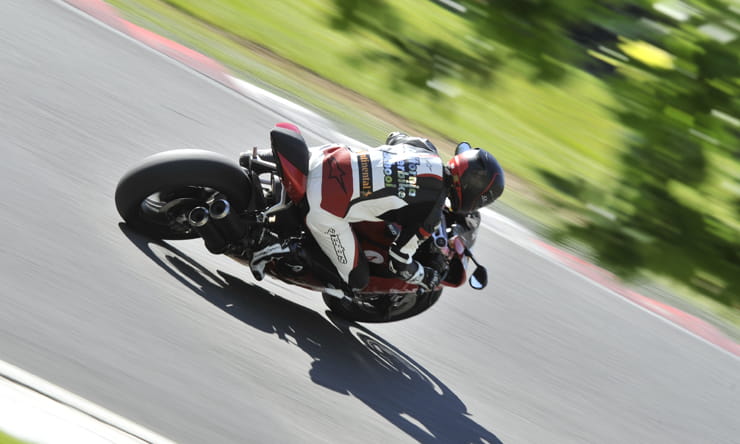