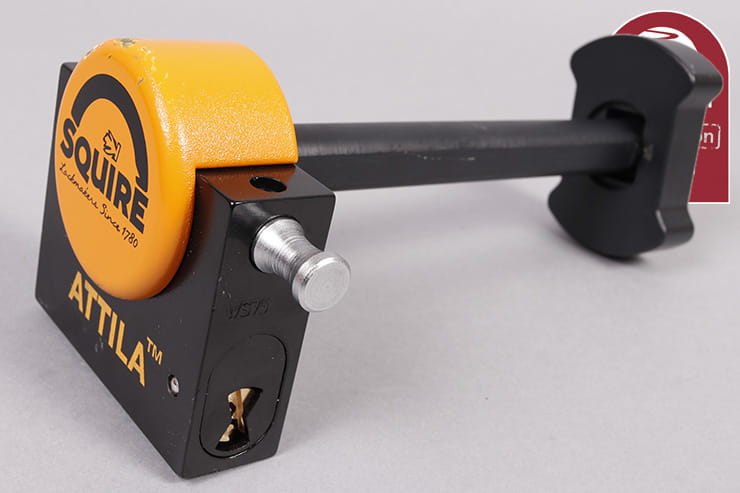 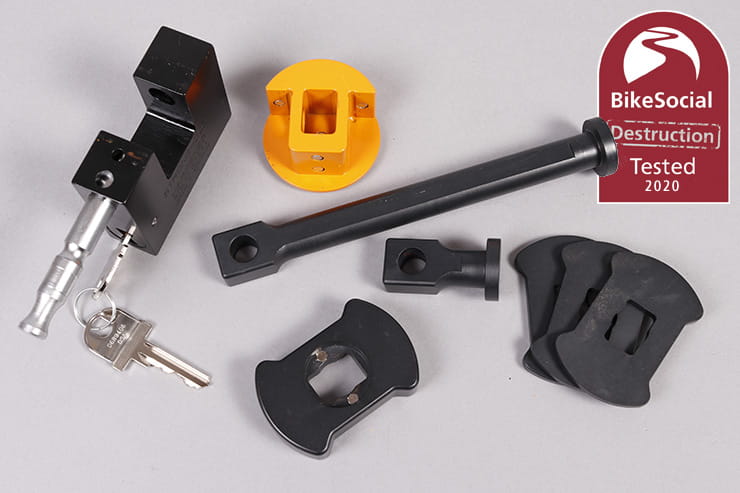 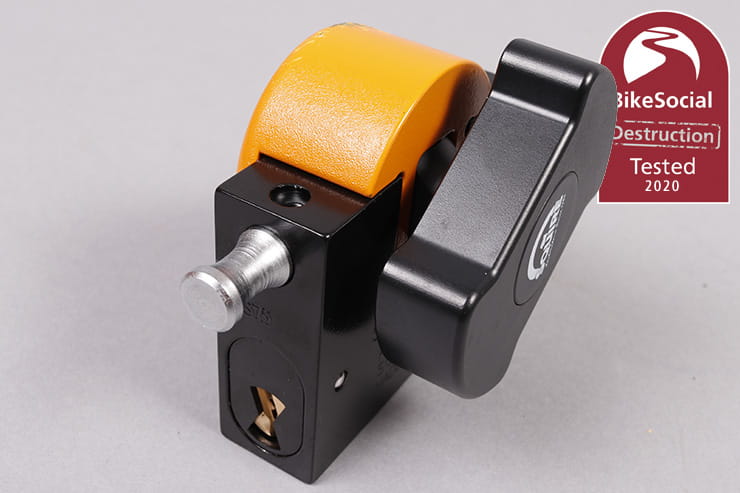 The Squire Attila is the world’s first Sold Secure Motorcycle Diamond-rated disc lock, which means it’s tested against an angle-grinder attack (as well as other real-world methods). Comprised of a hidden-shackle padlock and a thick, hardened steel pin, it’s available in three versions:

This makes it one of the most expensive disc locks I’ve tested, but it’s worth keeping in mind that Bennetts Rewards members can save 20% off all Squire Motolok products, shaving up to £57 off the price.

The hardened locking pin has magnetic spacer plates on one end, then it passes through the brake disc and into the body of the lock. On the SP, the pin is only long enough to go through a single brake disc, but on the LP it will go through two, across the full width of the wheel. The DP version has the pins for both single and dual-disc use.

Note that this is unlikely to fit scooters, which typically have smaller brake discs. 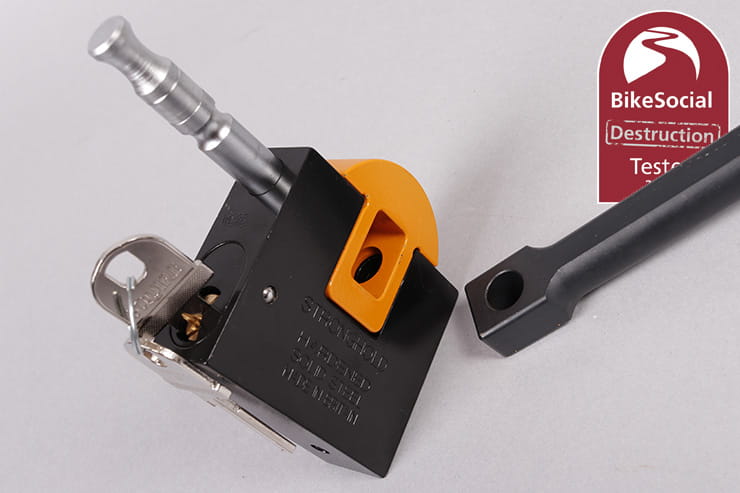 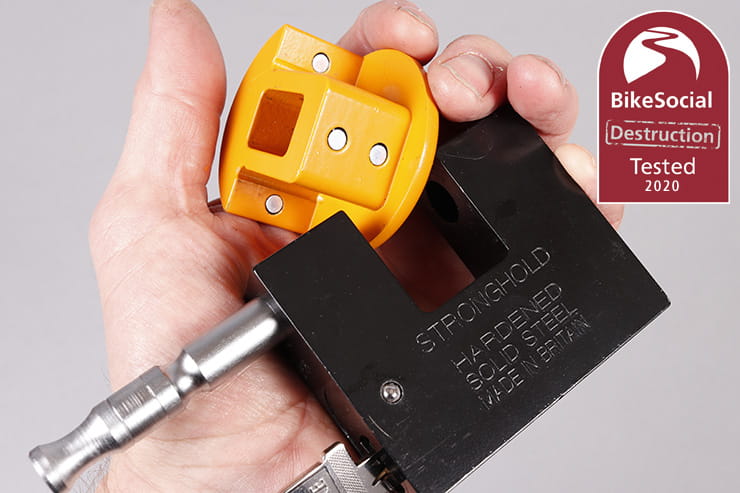 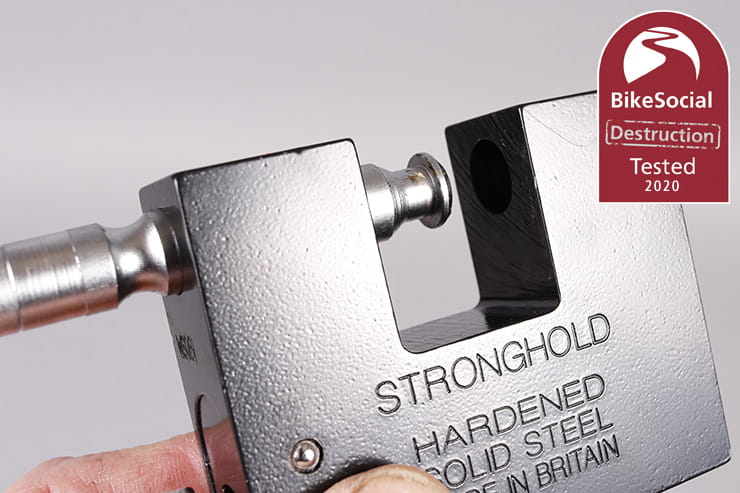 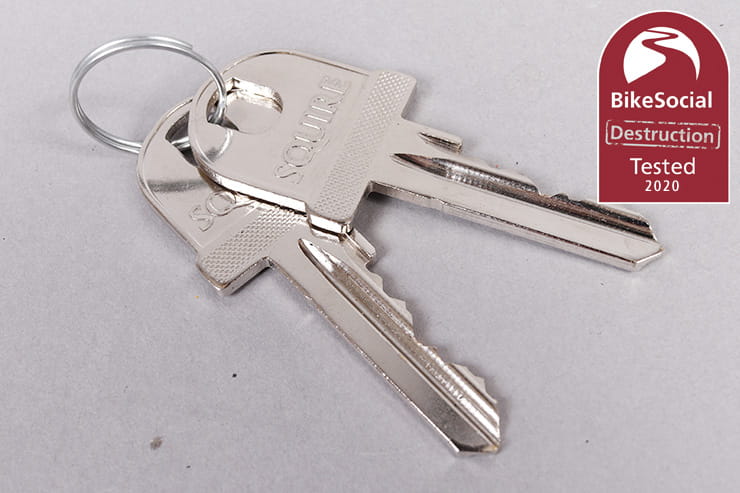 The Squire Attila SP – for single brake discs – weighs 1.57kg, while in the dual-disc set-up of the Attila LP, it weighs 1.60kg. That’s not bad at all, and it’d be fine in a rucksack, though as always, do wear a back protector.

This would likely fit in a jacket pocket, but I wouldn’t recommend it as carrying locks could cause injury in a crash. You might well be able to fit this under the seat of your motorcycle, or it won’t take up much space in soft or hard luggage. 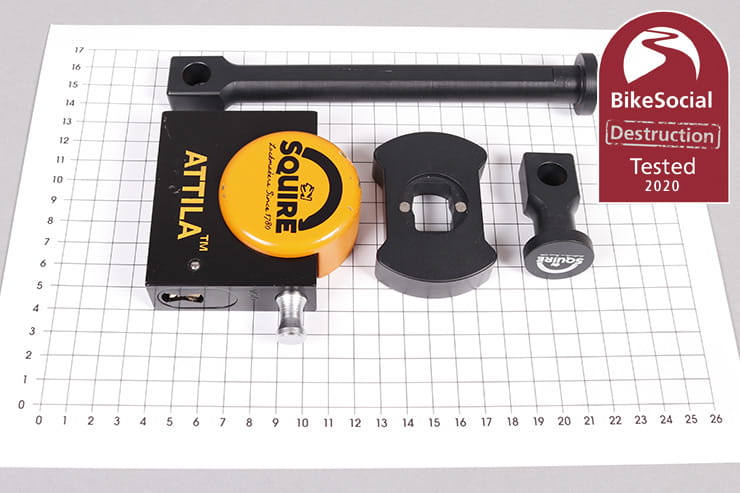 Supplied with two keys, the Squire Attila is made up of at least four parts – more if you need to use additional spacer plates; the lock body is made up of two pieces, the pin slides into the body, and spacer plates pack out the gap between the end of the pin and the brake disc.

In a clever piece of design, the two parts of the body and the plates have small magnets in, so they hold themselves together well. These will still separate if you sling them loose into your bike’s luggage, though you won’t necessarily need them all; only carry what you require for your bike. I tested it on an old Triumph Tiger wheel, which needed the main large plate and one spacer.

Putting it together on a bike is of course a little more fiddly than using a more traditional disc lock, but it is a secure piece of kit once fitted.
Use the Attila across two brake discs and you can pass the pin through a chain (between the two brake discs) to secure your bike to something. This is a great idea, and while it could be argued that thieves could still remove the wheel, this is unlikely, especially in the push-away attacks that are most common and see a scooter rider pushing the stolen bike away after snapping the steering lock).

This isn’t a completely universal lock – on the Royal Enfield Interceptor 650, which only has one brake disc, I couldn’t get the back piece of the Attila SP fixed in place because the spokes were in the way.

It worked great on my Kawasaki ZX-6R, though on my BMW S1000XR I couldn’t use it on just one disc – the gaps in the disc are so large that the lock fell through. However, when used across two discs on this bike it makes for an excellent device.

This should work with most motorbikes, but do check and if in doubt, contact Squire. 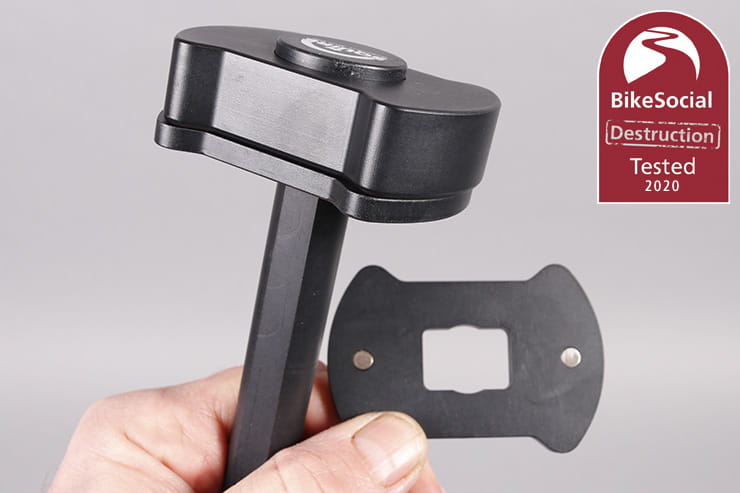 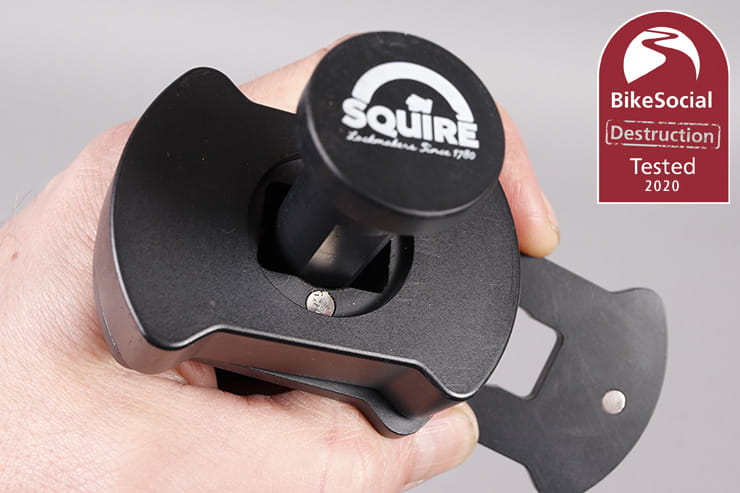 Pry bars, a claw hammer and lump hammer were all ineffective against the Squire Attilla – the only real way to attack this was with an angle-grinder.

One problem with disc locks is that, however tough they might be, thieves are sometimes willing to cut the brake disc itself; they can then still push the bike away to steal it. In single-disc set-up, the Squire Attila SP is very, very hard to attack itself, but still just as vulnerable as any other lock to this method.

When locked through two brake discs, the Attila LP (or the DP in twin configuration) is far more protected than any other device; needless to say, it’ll take twice as long for a thief to cut the discs to remove it.

While the body and end plates protect the locking pin, it is just about possible to cut the pin behind the brake disc with a larger angle grinder disc. However, this will depend on the width of your bike’s wheels, the size of the brake discs, and the type of angle-grinder the thieves are using; they’re going to have to work far harder to move a bike secured with the Squire Attila than with any other disc lock.

While a push away is a more likely attack – especially in busy cities – disc locks won’t stop a bike being picked up and put into a van. However, a chain can be used with the long pin of the Attila to secure the motorcycle to a solid object, ground-anchor, or another bike; a real bonus of this design. 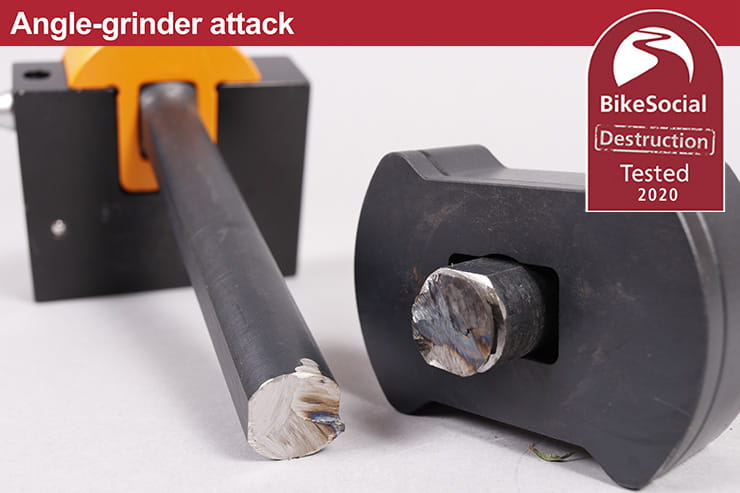 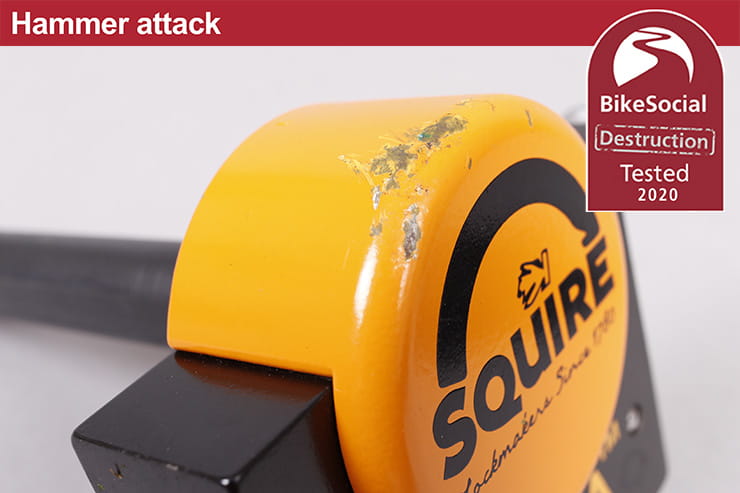 While Sold Secure Motorcycle Diamond rated, the Squire Attila still can’t beat a heavy-duty chain and lock when it comes to security because brake discs can be cut. But it is a clever design that, in the twin-disc set-up, is far harder to attack than others.

The single-disc design of the Attila SP is very tough, but it’s no less vulnerable than others costing a quarter of the price, which makes it difficult to recommend. If your bike has two discs though, the Attila LP really is a good – if slightly fiddly – lock that takes this form of security to another level.