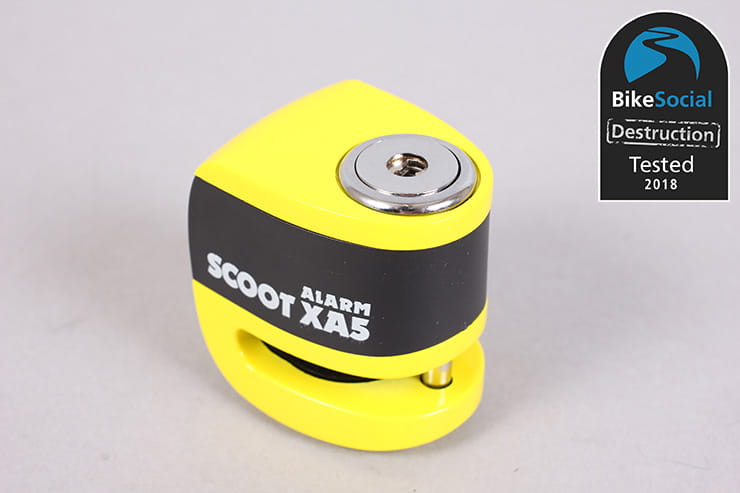 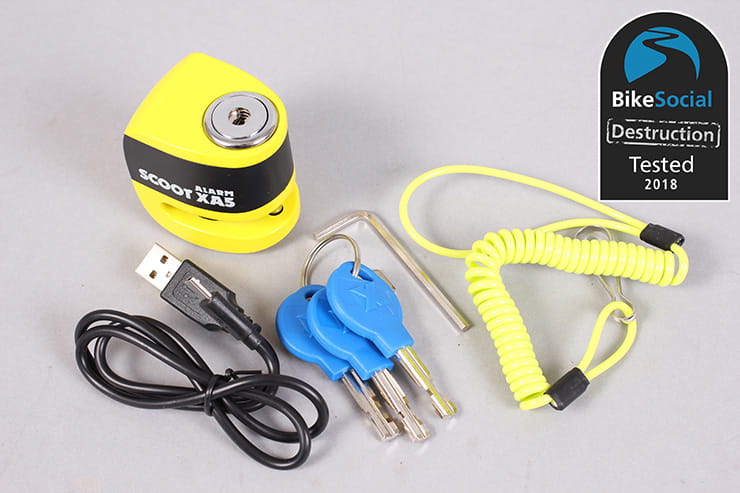 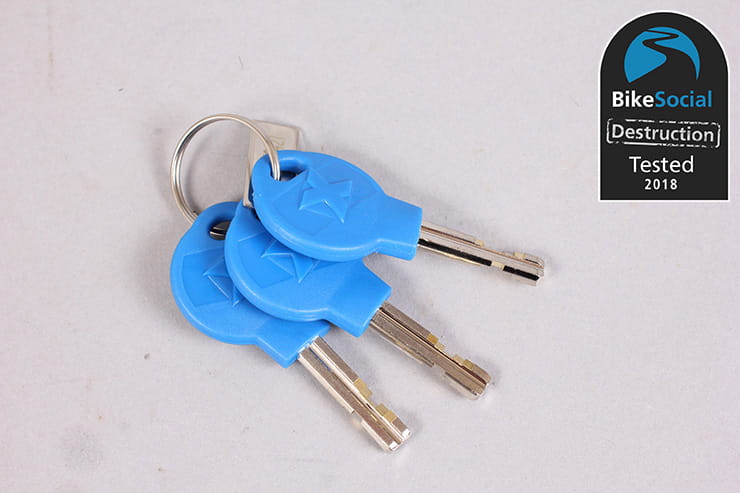 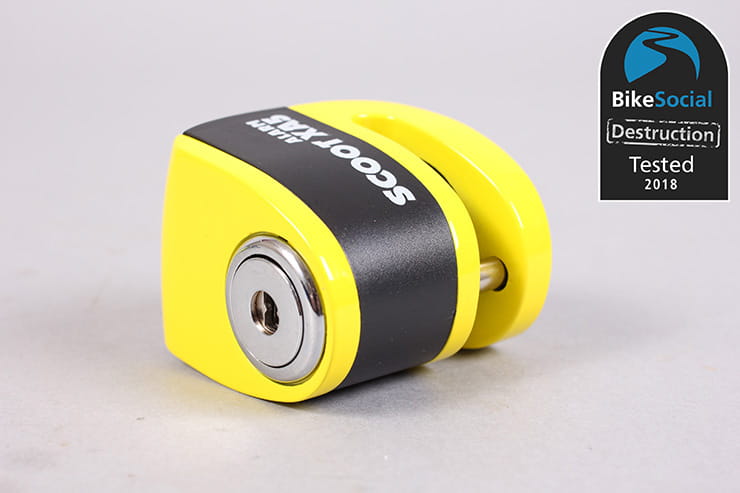 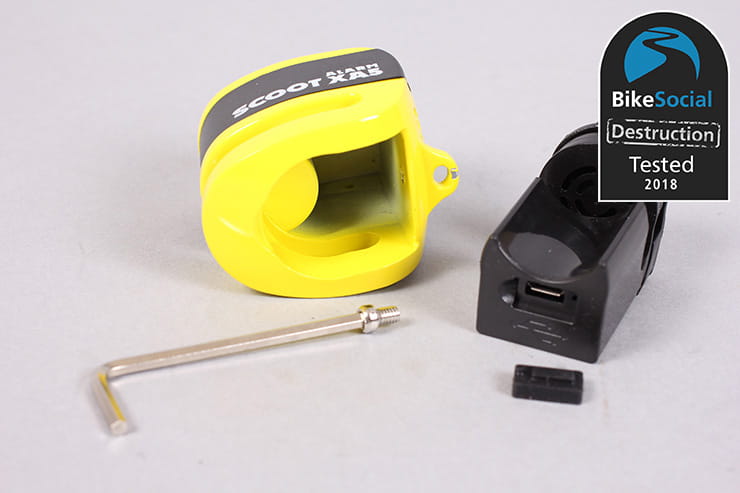 This tiny, lightweight disc lock contains an ear-piercing 110dB siren that arms as you secure it to your scooter or motorcycle, and sounds with movement or vibration.

It comes with three keys, is charged via USB and includes a reminder lanyard, though that siren should be more than enough to stop you riding off while it’s attached. 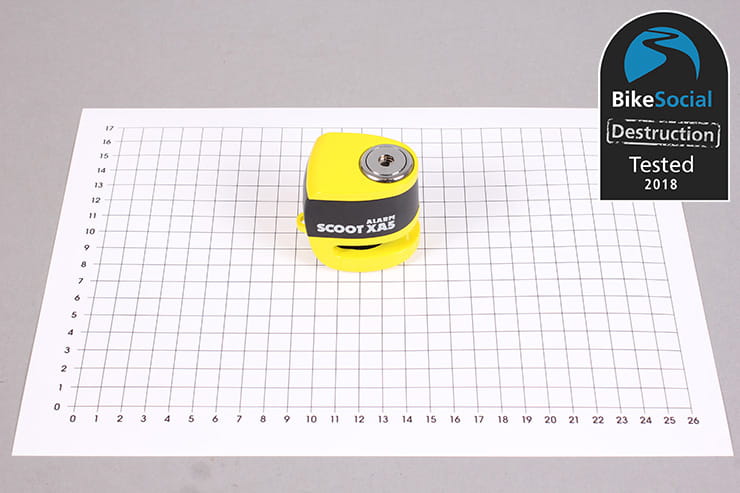 Weighing just 287g, and taking up a tiny amount of space, you shouldn’t have any problems carrying this with you at all times. Any form of security that acts as an additional deterrent – especially on scooters, the unsecured of which are too often taken and used in violent crimes – is well worth implementing.

With a 5.5mm locking pin, the Oxford Scoot XA5 should fit pretty well any moped, scooter or motorcycle. Disc locks usually rely on a thick, heavy bolt that secures through the brake disc’s carrier, but these large holes are often missing on scooters, so locks designed for them have a smaller pin that can pass through the disc’s vent holes.

Once open, you can remove the key then simply press the lock’s barrel down to secure it – one beep means armed, two means disarmed. The device cycles with each lock, so make sure you haven’t accidentally opened and closed it one too many times, though resetting it is just a matter of doing the same again. The great advantage of this over the sensor that some locks use to activate is that, as long as it’s not armed, the XA5 won’t accidentally go off under your seat on in your bag.

To charge the device, you disassemble it by removing a single grub screw with the supplied Allen key. 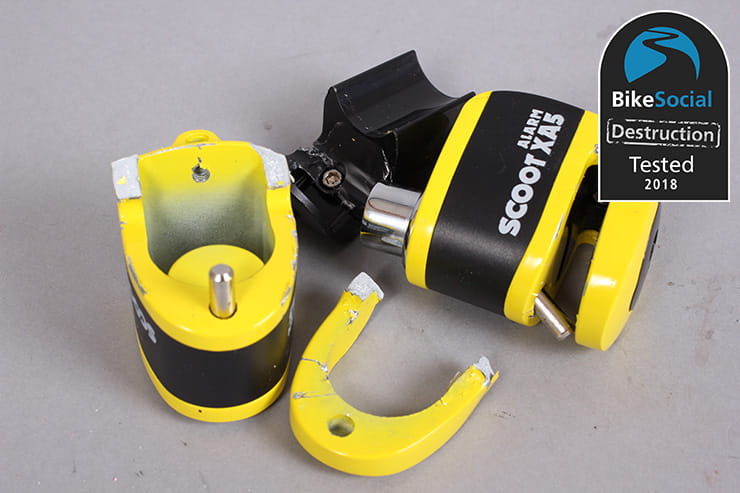 It would be possible to hacksaw this lock, but it’d be quite awkward and time-consuming. Using a lump hammer or pry bars is an easier way to defeat it, and quicker than an angle grinder.

Small-pinned disc locks are more susceptible to attack than larger devices, which is something you need to be aware of. But… if you can tuck it away, for instance between the suspension linkages of a Vespa scooter, it becomes extremely hard to beat.

Used with care, the Oxford Scoot XA5 offers good protection against a scooter being pushed away by a crook. If it can be positioned on your machine to be relatively inaccessible, it’s very effective, but do keep in mind that if they can get at it, like many other similar products, it can be quite swiftly – and quietly – defeated. But it will require the crook to ‘go equipped’ with tools, something that the majority still try to avoid.

The very loud alarm, ease of use, and compatibility with such a wide range of mopeds and scooters makes this a lock that certainly renders your machine far less attractive to a crook than one that’s unsecured.