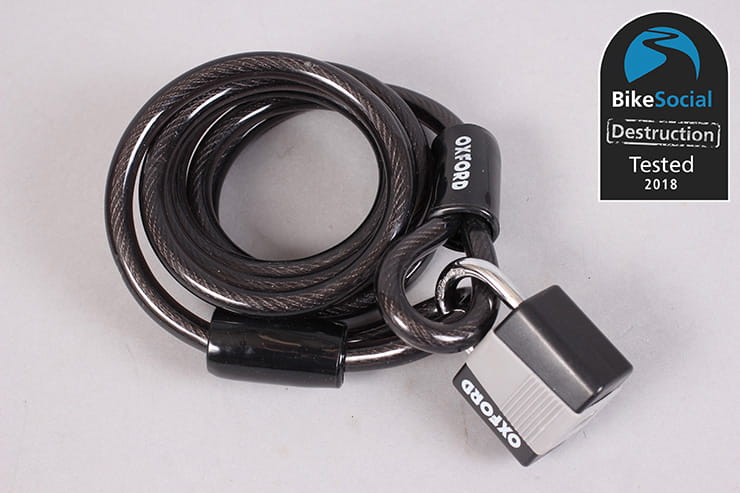 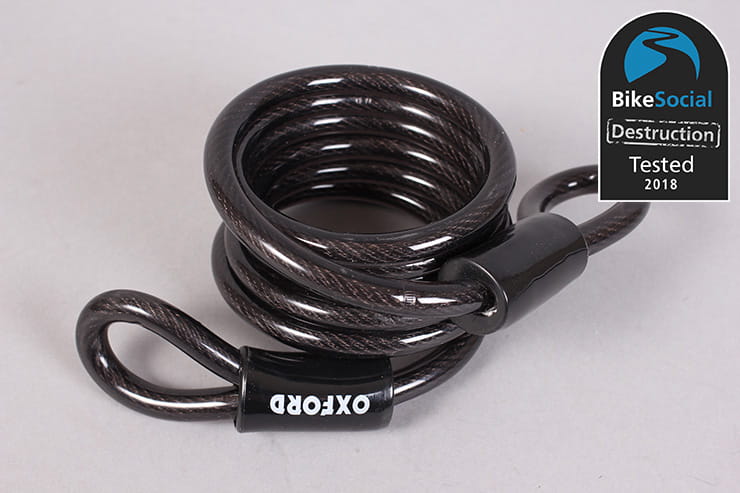 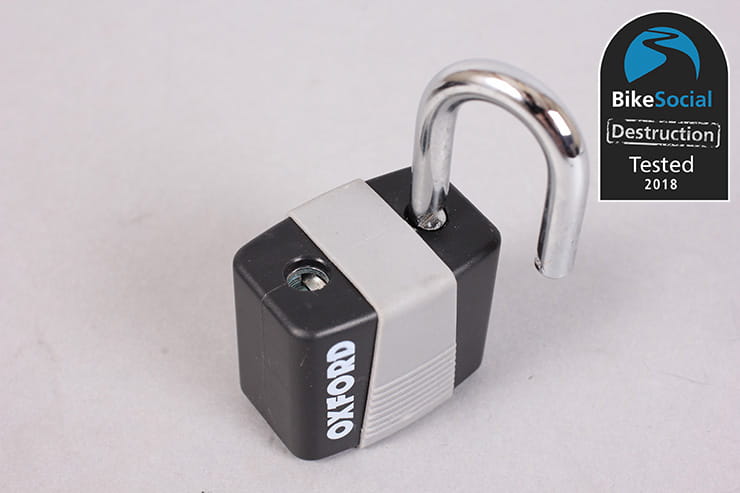 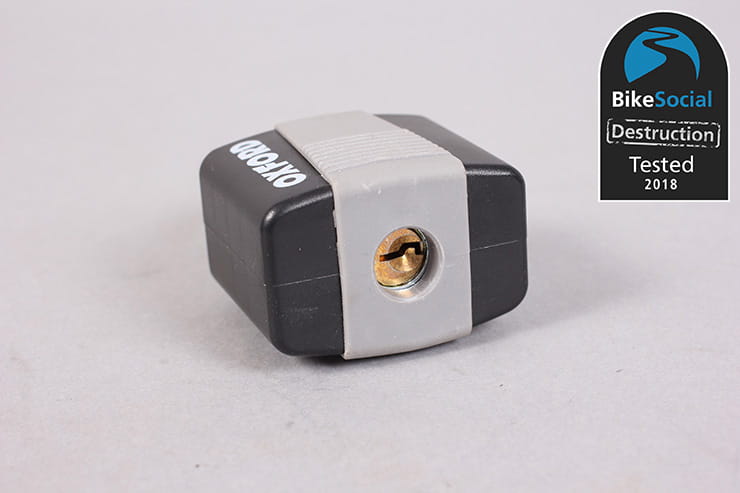 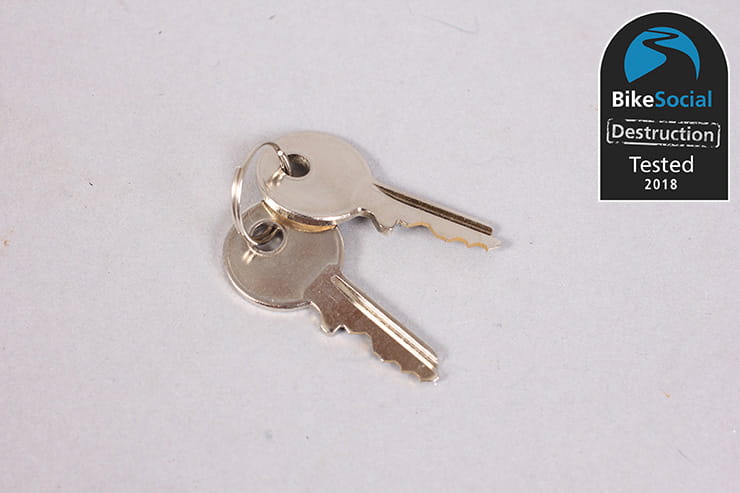 The Loop Lock 10 is a 4.3mm steel cable with a plastic coating to protect your paintwork. It comes with two keys, and stretches out to 1.8m in length. 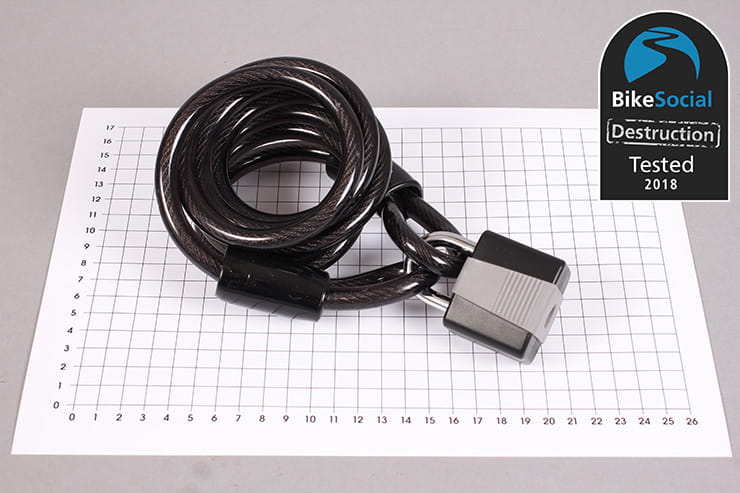 Weighing just 558g, and rolling up very small, it shouldn’t be a problem to carry this on any moped, scooter or motorcycle.

As it naturally coils up quite tightly, it can be a little awkward to pass this cable through a wheel, though the plastic coating makes it pretty easy to wipe clean.

It’s long enough to reach around a wheel or chassis part, and to secure to a solid object. 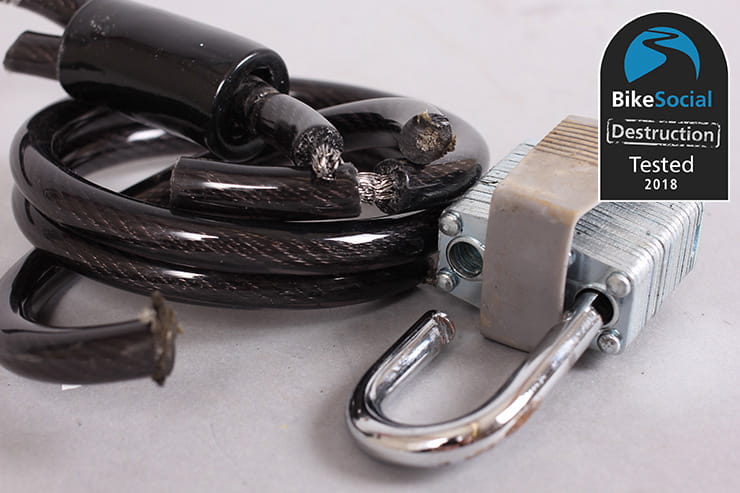 Unsurprisingly, this is very easy to defeat; while it was too small and malleable to be bothered by our 42” bolt croppers, hand-held cutters defeated it almost as easily as a hacksaw. The padlock can be smashed open quite quickly with a lump hammer, while an angle grinder took a little over a second to blast through it.

Any security is better than no security, so while this is clearly a product intended for low-value bicycles, it would require tools for a crook to steal a scooter that had it fitted, which many of the crooks using stolen two-wheelers for robberies aren’t carrying.

Really, this should only be used for securing things like a relatively cheap crash helmet when you’re away from a bike or scooter, but if you absolutely have no other option, it’s better than nothing.