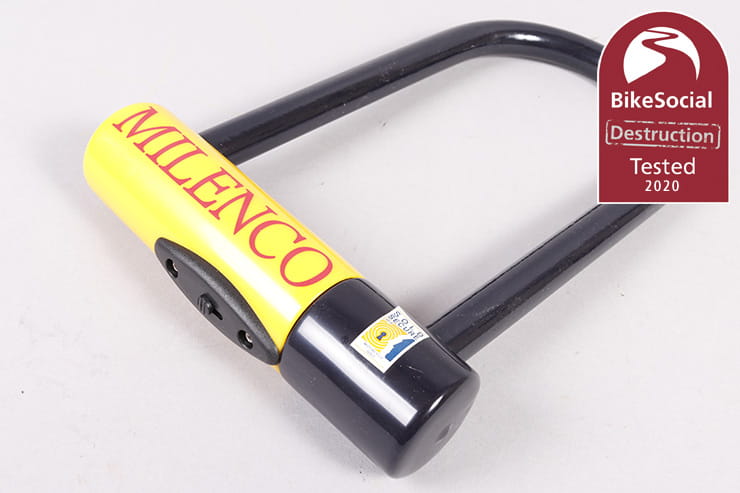 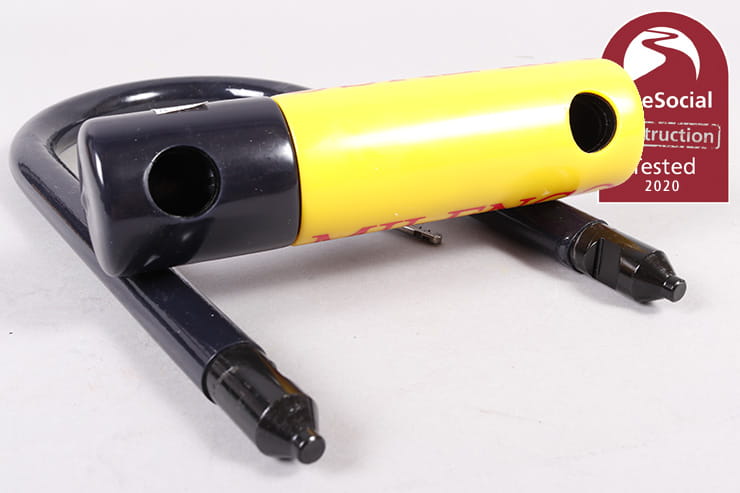 The Milenco Dundrod++ U-lock (or D-lock) has a 230mm-long shackle making it suitable for securing the wheels of scooters and motorcycles, as well as for joining a length of chain.

The Dundrod++ is tested to the Sold Secure Motorcycle Gold standard and comes with three stainless-steel keys (duplicates of which can be made by Milenco). These keys are of high quality and unlikely to deform like some cheaper brand’s disc-detainer keys.
The lock has a rubbery coating on the body and shackle, offering a good level of protection for the paint on your bike’s wheels. 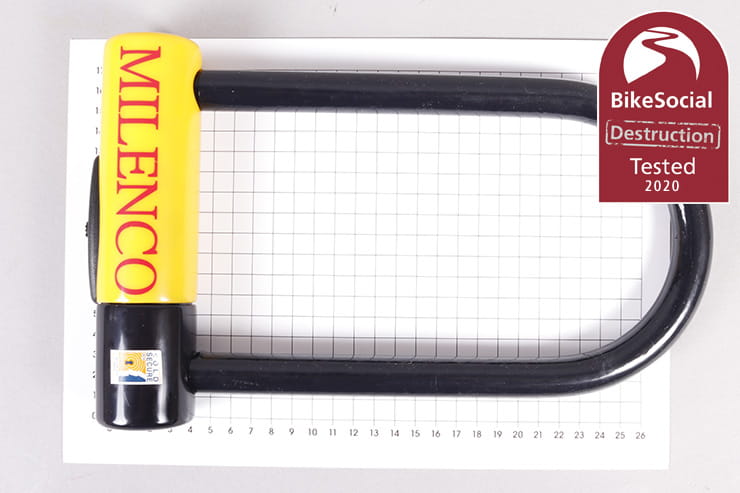 The shackle is a hefty 18mm thick (19.5mm with the rubber coating), so make sure it fits into the links of the chain you have if you intend to use it that way.

At 2.48kg, it’s pretty weighty compared to other U-locks I’ve tested, but it’s still easily portable in motorcycle luggage or under a scooter’s seat. Some motorbikes might even have room in the tail for it, especially if you separate the shackle and body.

Note that if you’re popping it into a rucksack, you should always wear a back-protector. 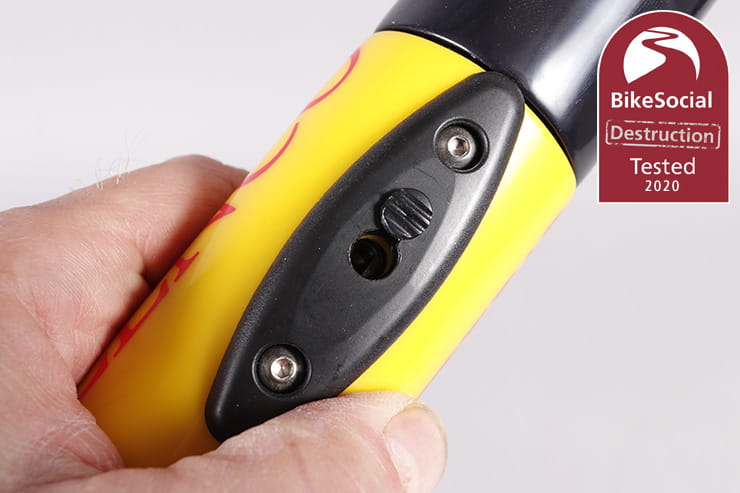 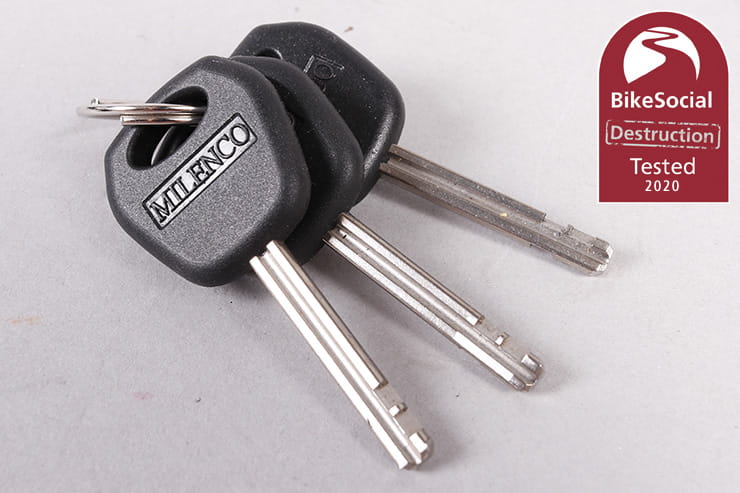 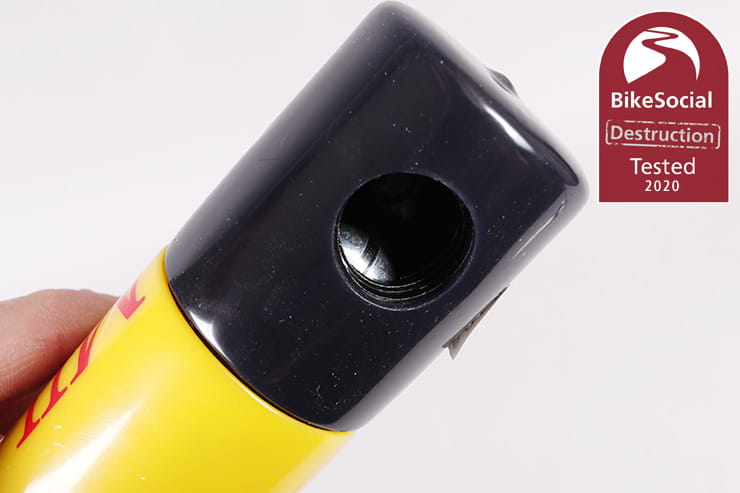 The keyhole is covered by a neat sliding door that clicks positively open and closed to offer some useful protection from the elements, and while disc detainer locks like this require care when inserting the key to ensure it’s all the way in before turning fully, it’s no real problem. If one of the discs is out of line, it can stop the key entering completely, so if it hasn’t seated fully, just give it a little jiggle to get it right in.

The 223mm x 114mm of space inside the shackle should give a fair bit of versatility when it comes to looping this around a scooter’s fork leg and the spokes of the wheel, or simply around the wheel and tyre; it wrapped around the front wheel and tyre of my 1999 Kawasaki ZX-6R and my 2018 Honda MSX125 with no problems, making for a more secure solution than a standard disc lock, which attaches to the brake disk, as thieves have been known to cut the disc to remove a lock.

An even more secure method of locking would be to loop this around the fork leg too, but the thick shackle meant I was unable to do this on either of my bikes; it’s usually a lot easier on a scooter.

With the U-lock (or D-lock, as some people call them) attached to the machine, you can also use a chain to secure it to something – worth considering to prevent the bike or moped being lifted away. 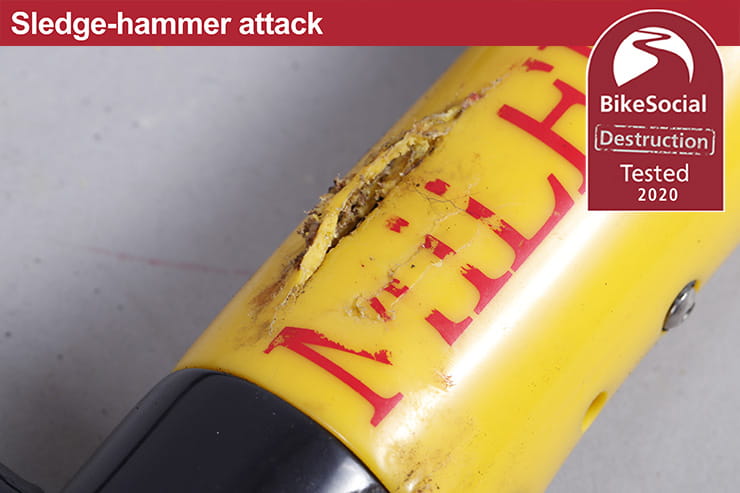 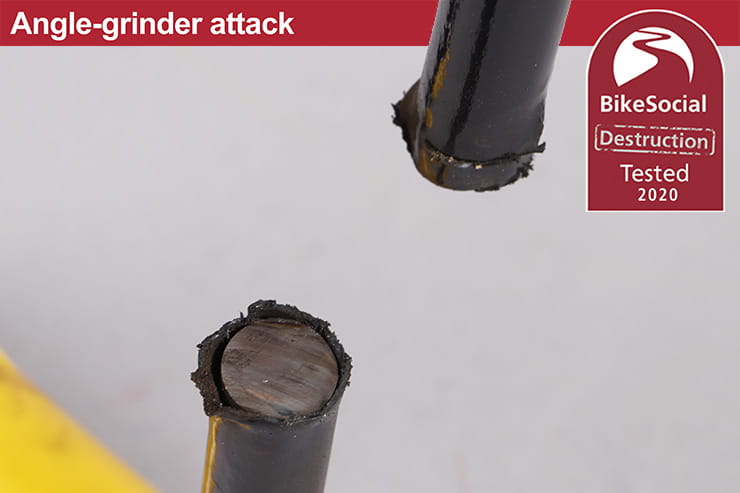 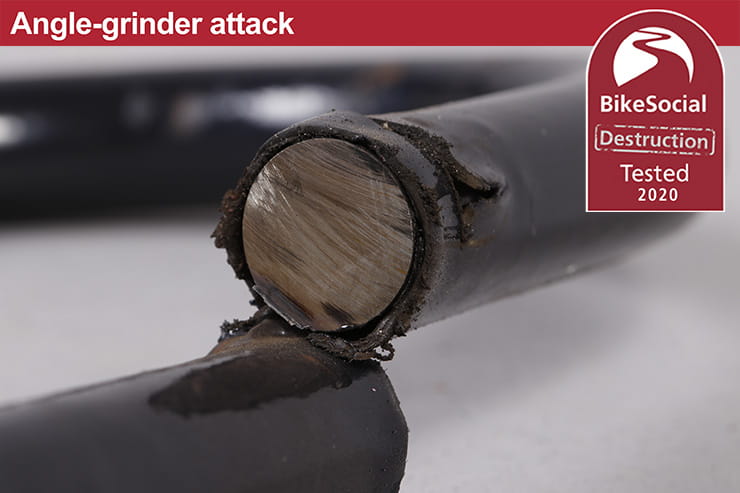 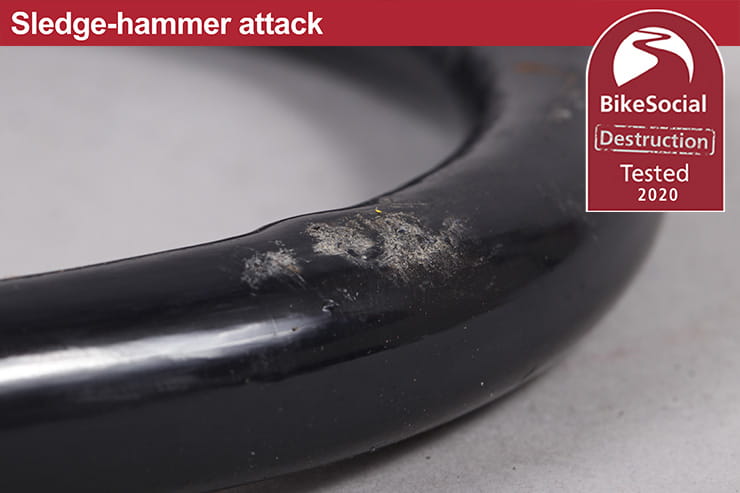 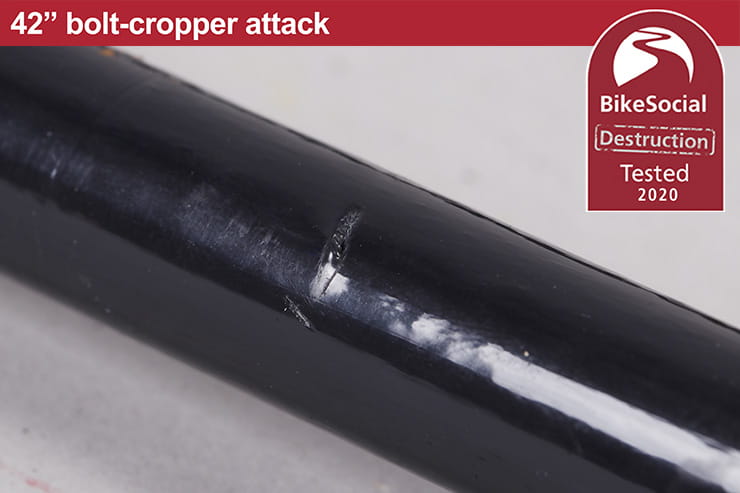 With a very thick shackle and extremely tough body, there was no way I could defeat the Milenco Dundrod++ U-lock with 42” bolt croppers or a sledge-hammer and anvil.

The only way to beat it is to use an angle-grinder, and the hardened steel shackle is, as expected, more vulnerable than the body, but it still puts up a good fight.

Unfortunately the shackle has a very high degree of rotation after one cut; this isn’t an issue with the lock passed around the wheel or fork leg – where it’ll need cutting twice to remove – but a chain would be easy to slide off. If you just had this passed through the brake disc, it’d be quick to get it off, but there’s not much point in doing this with a U-lock of this size – better to go around the wheel, which thieves won’t want to cut.

Of course, wheels can be removed, though this is very unlikely, and it still defeats the most common form of theft – a push-away using a scooter after snapping the steering lock.

It’s worth noting that another form of attack on U-locks is to use a small bottle-jack inside the shackle. This is less likely than an angle-grinder attack, and it can be defeated by putting the lock around something as big as possible. Some manufacturers offer different shackle lengths, so you can choose the shortest possible for maximum security, though Milenco doesn’t currently sell any alternatives if you would like to do this. 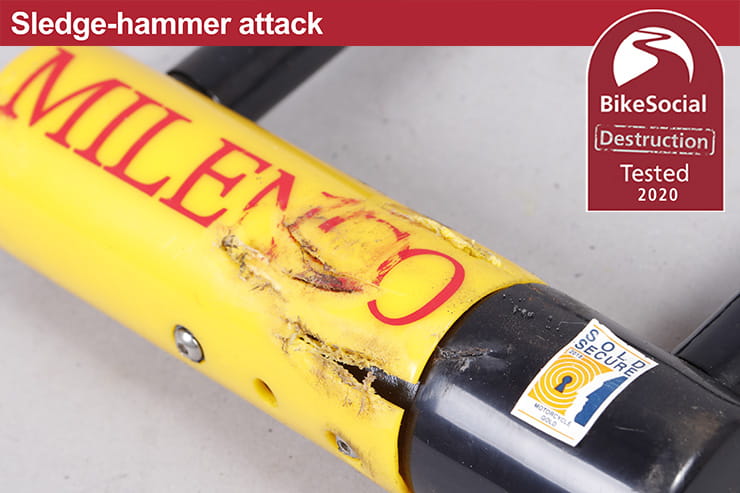 The Milenco Dundrod++ is a very solid U-lock that makes for a great deterrent when wrapped around a wheel. It’s a shame then that the amount of rotation in the shackle after one cut means that a chain would be fairly easy to remove, though this is fairly typical at this price point.

Having said that, the time it takes to make one cut of this shackle is equivalent to some of the thicker chains you’d be able to carry when out and about, so this makes for a good portable security system. While I’d like to see this fixed in future versions, it’s less of an issue in a lock that’s capable of going around a large item like the wheel, though it is the weakest link when combined with anything thicker than a 12mm chain.