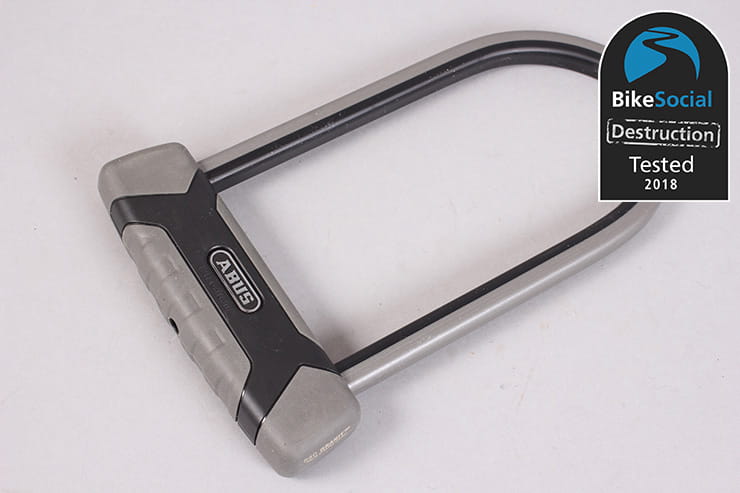 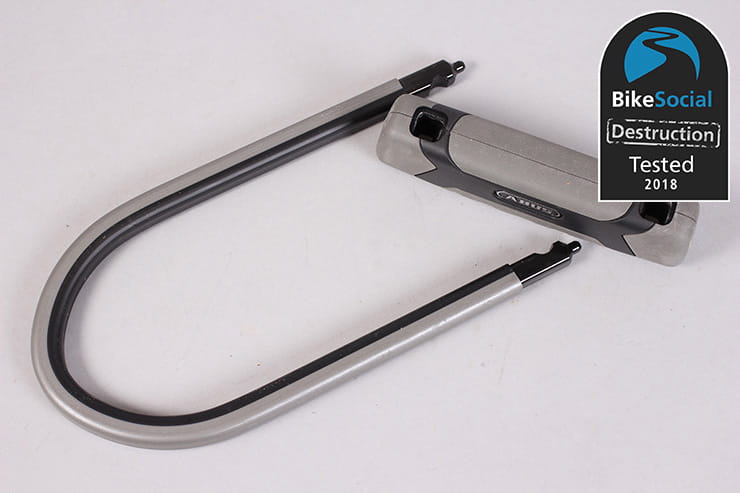 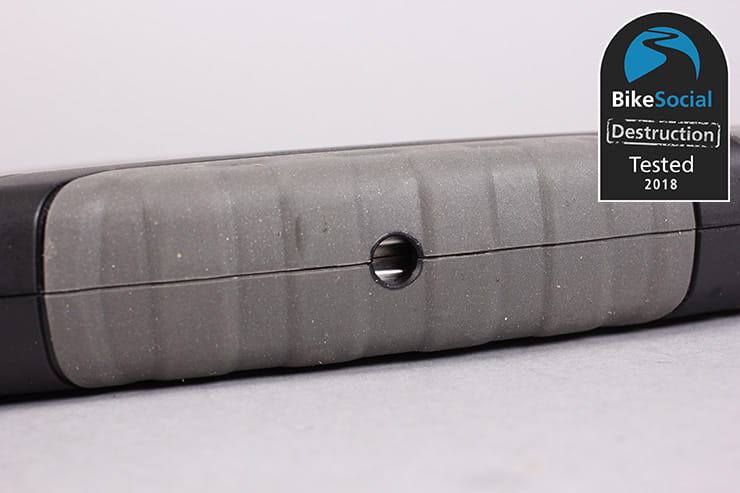 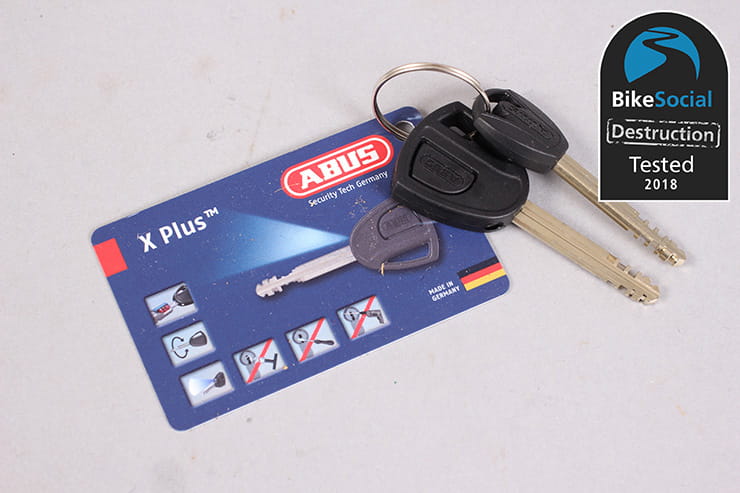 The Abus Granit XPlus 540 is a Sold Secure Bicycle Gold-approved U-lock that comes with two keys (one of which has a handy blue LED built in) and a code card for replacements.

The shackle is 13mm square and covered with a soft, rubbery material to protect your paintwork, while the body is encased in plastic. It’s available in this one size, with a 300mm shackle length. 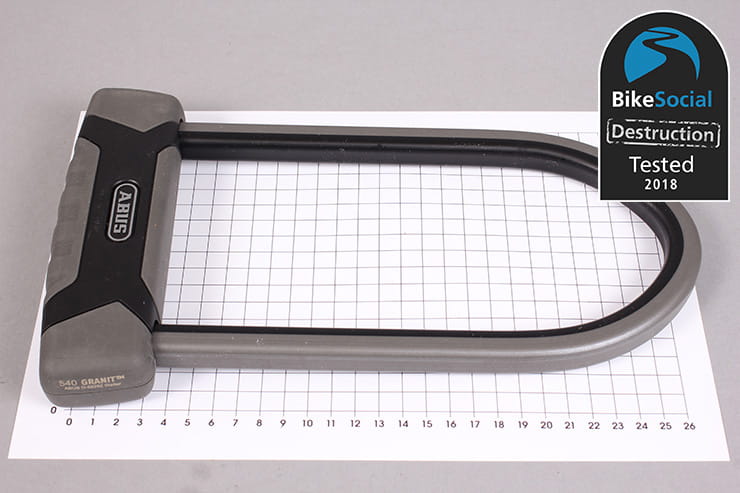 Weighing 1.47kg, the Granit XPlus 540 isn’t hard to carry, and should easily fit into your scooter’s boot. On a motorcycle, you might need to separate the body and shackle to get it under the seat, or you could bungee it to the tail if necessary.

A U-lock (or D-lock as they’re sometimes known) can be used through large brake disks, but can also generally be put through the wheel, or passed around the fork legs and wheel to solidly prevent the machine being pushed away.

Combined with a chain, they also give the opportunity to secure your moped, scooter or motorcycle (or bicycle of course) to something solid, stopping it being lifted into a van. 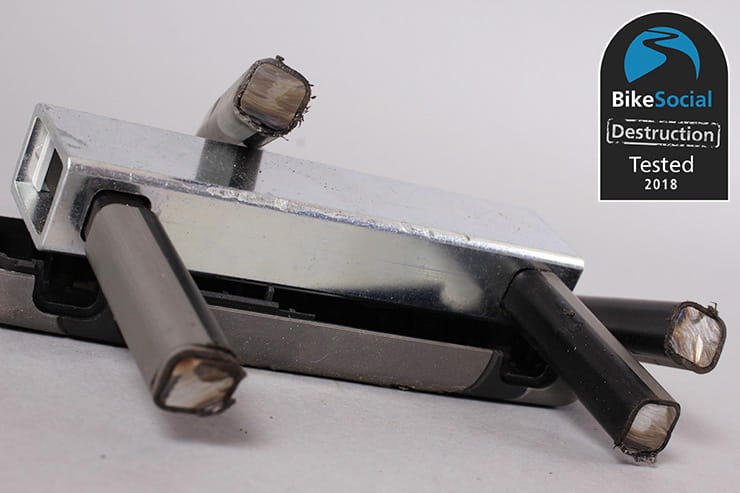 While the Bicycle Gold rating is lower than Motorcycle Gold, we still found this Abus to be a very tough piece of kit – bolt croppers, hacksaw and pry bars were all of no use, and while a lump hammer smashed off the plastic cover, the body stood up with no problems, still operating normally after attack.

Only our angle grinder defeated the Granit 540, and the hardened shackle put up a good fight in line with similar products. As the shackle can’t be rotated in the body after one cut, both sides have to be attacked before it can be removed.

U-locks (or D-locks) can offer a good level of security for mopeds, scooters and motorcycles, with the added benefit that a chain can also be passed through the shackle. The Abus Granit XPlus 540 is no exception, proving resistant to all but the most attention-grabbing form of attack.

The only caveat we’d add is that all U-locks are vulnerable to attack with a small hydraulic jack, so in use, always try to position the lock in such a way that you can’t get anything the size of your first into a space in the shackle.