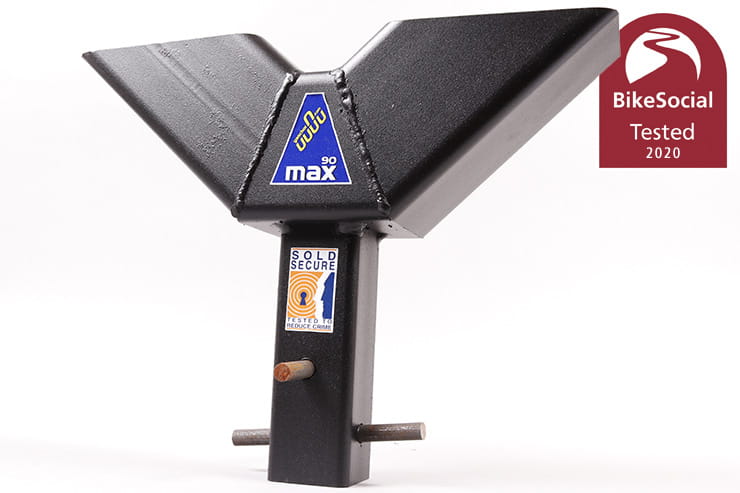 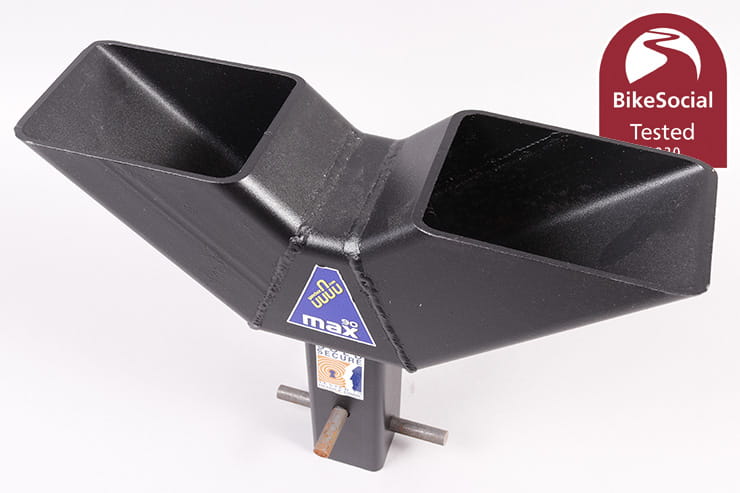 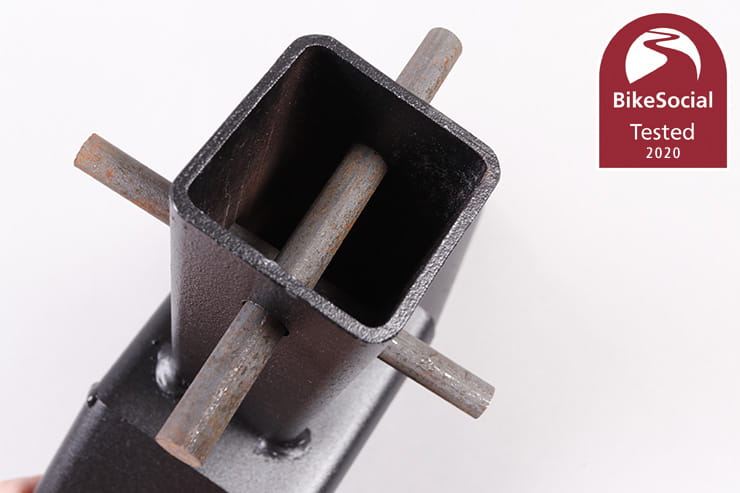 Made in the UK, the Y anchor has long been a popular choice for those wanting a secure ground anchor that doesn’t stick up out of the ground.

Available in three sizes, the Y anchor is buried and concreted in, leaving just two holes in the surface that you can pass a chain through to secure your bike.

Fitted to some Aldi, Asda and Premier Inn car parks to name a few commercial users, the Y-anchor is tested to Sold Secure Motorcycle Diamond.

We fitted the Y-max90 for Bennetts Rewards member Christopher Varnsverry, who needed to secure two bikes in a communal parking area… 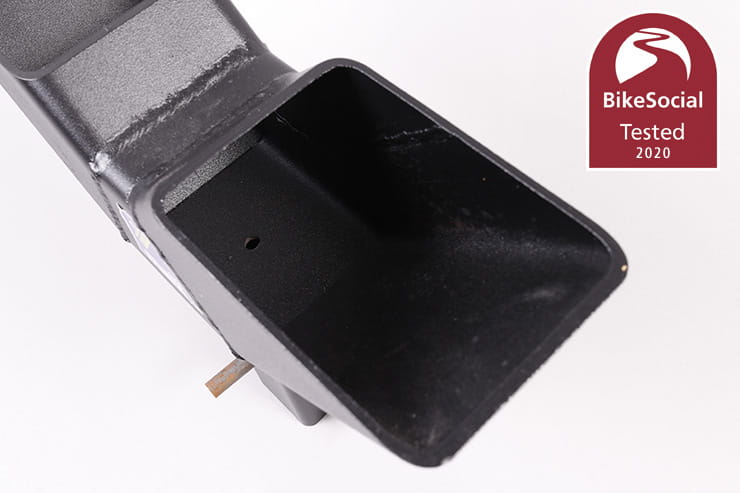 A hole inside allows water to drain out

We’re reviewing the Y-max90, but there are two others available, depending on the size of the chains you intend to use:

I’d recommend the Y-max90 as being the minimum; 10 and 12mm chains are great for carrying with you, but when you’re securing your bike at home, it’s best to use something thicker.

A 19mm chain can be a great compromise between price and resistance to attack, though if you can afford it, and you have the space, I’d recommend the Y-max120 to future-proof your security. Just keep in mind that it needs a bigger hole and a lot more concrete…

If you use some hardcore, this will reduce the amount of concrete needed, though if you have any queries at all about what you need, contact Y anchor. 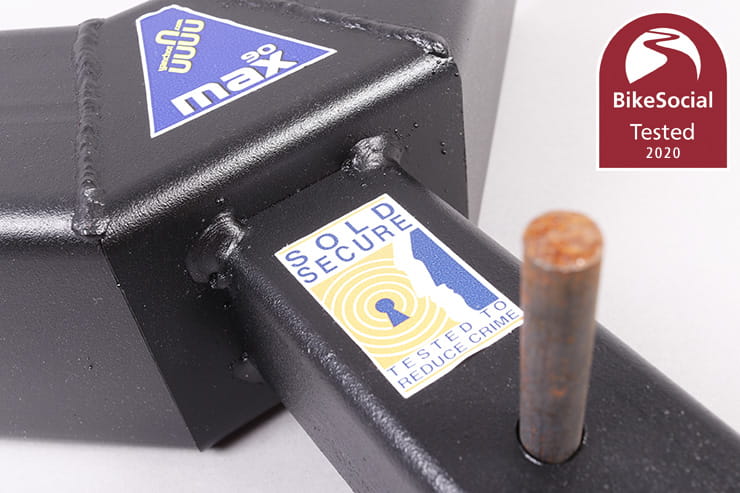 The perfectionist in me would like to see the weld running all the way around the join between the stem and the top, but this is still a very tough design that’s very unlikely to be beaten before the chain

The Y anchor can be fitted in concrete, block paving or tarmac, though the latter two substrates will require a larger hole to allow for more concrete. You can always block-pave close to the anchor, over the concrete, so it doesn’t look like a massive concrete puddle!

A hole in the anchor allows water that gets into the opening to drain down and into a gravel base.

The ideal situation is to fit a bury-in anchor like at the same time as a concrete slab is laid, but we fitted the Y anchor Y-max90 to an existing car-park (after getting permission from the landlord).

The instructions that come with the anchor were very accurate regarding the size of the hole and the amount of concrete required (in this case, 175kg), and the existing slab was broken with an SDS drill, then used as part of the fill.

The entry points in the anchor were taped over to prevent any concrete from spilling in, and overall the fitting was relatively simple and hassle-free. 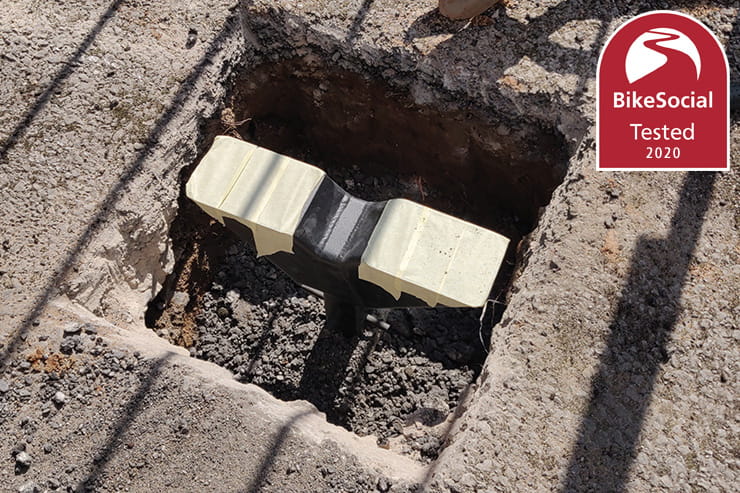 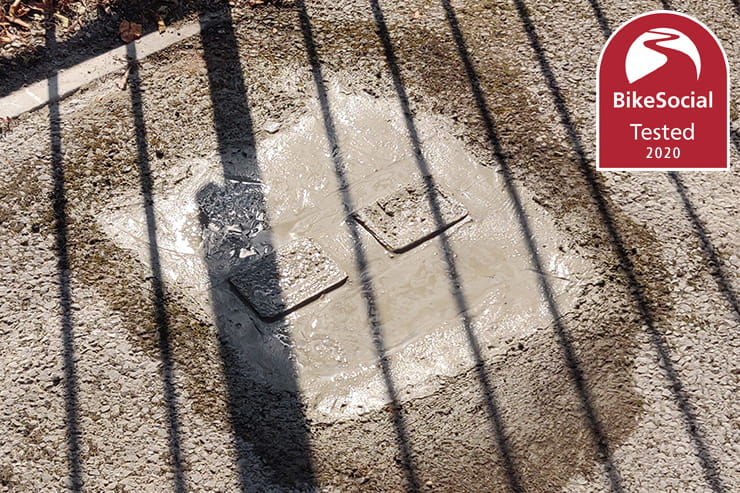 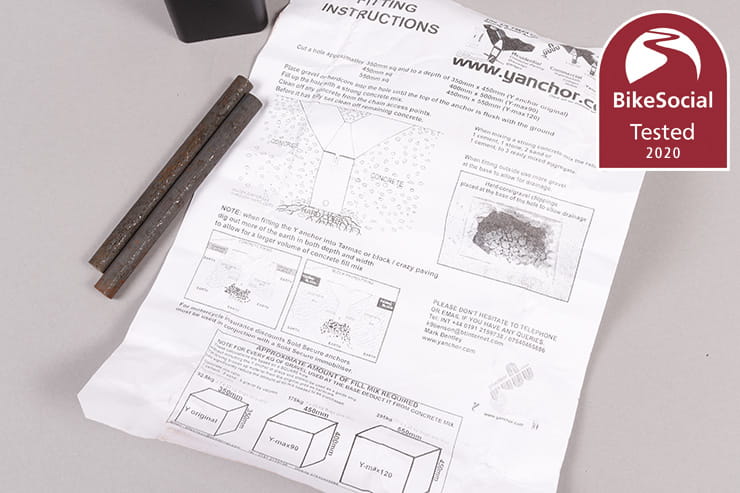 While the Y-anchor 90 is designed for chains with links up to 19mm thick, Chris was able to fit his Pragmasis 19mm chain and a Pragmasis 13mm at the same time; “The 19mm goes in no problem,” he told us. “The 19mm and 13mm together are doable, but you need to thread them both through the anchor at the same time.

“I had no issue getting my hand in one end to pull the chain through.”

For the best chains and locks to use with this ground anchor, read our reviews of the best motorcycle and scooter security. 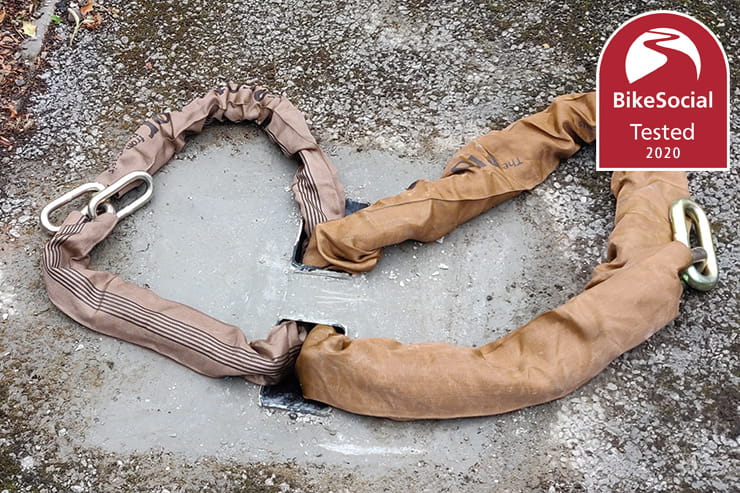 While the Sold Secure Motorcycle Diamond rating that the Y anchor has is a serious test featuring a 90 second angle-grinder attack, the new Sold Secure Ground Anchor Diamond test features a longer angle-grinder attack and the use of a 1.5m builder’s bar. Y anchor tells us that they expect to go through the Ground Anchor Diamond testing when the certificate is up for renewal in January 2021.

A 5mm-thick steel cover plate is available for the Y-Anchor, which I'd recommend picking up. For the Y-max90 featured here, it costs £34.99 plus £9.99 postage.

It’s incredibly unlikely that this anchor will be the point of attack during an attempted theft – the design means that it’s very hard to get at with a grinder or other method; the chain will be the most likely thing the thief will focus on. The Y anchor is a proven design that offers great security at a reasonable price; if you’re in a position to be able to fit a bury-in anchor, it’s well worth considering.

To find the best motorcycle security, including chains and lock, disc locks, alarms, trackers and more, check out our destruction test reviews.