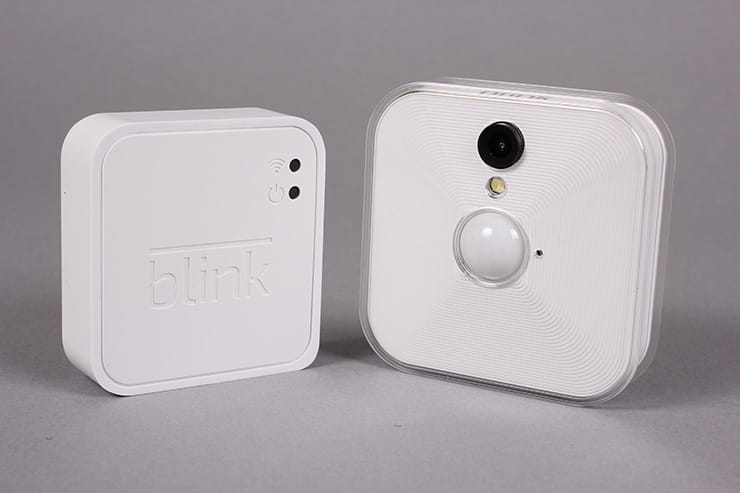 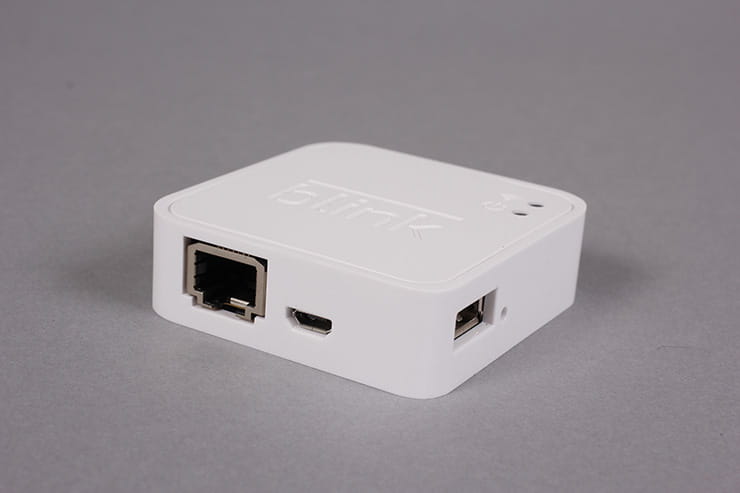 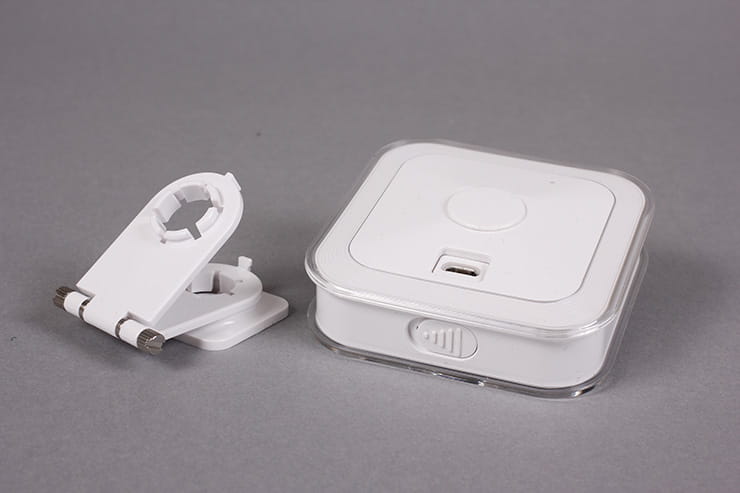 Blink is a subscription free, cloud-based CCTV security system that automatically detects movement and saves the clips to a secure server. I’ve been using it for six months now… 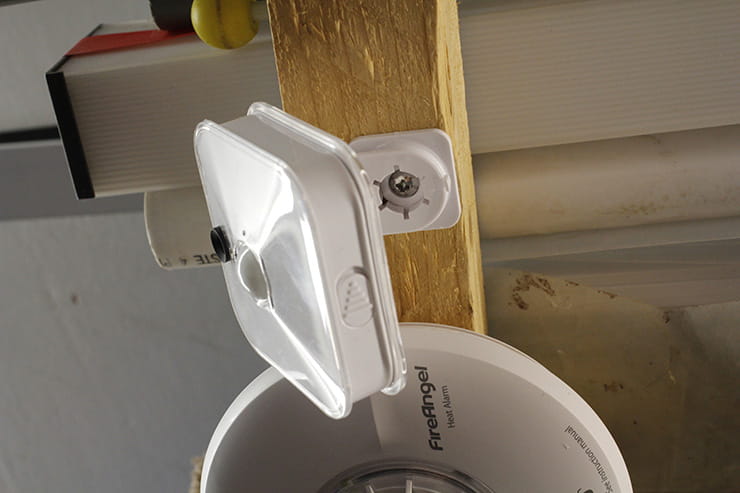 A tilt and swivel bracket makes mounting the camera very easy. These standard units aren’t waterproof, but the XT versions (available from October 2017) are. Having said that, as long as these were kept out of the rain, they should be fine outside. Just keep in mind that the motion sensor won’t work through glass.

Setting Blink up for the first time is very easy – the iOS / Android app quickly takes you through the very simple steps of connecting the small sync unit box to your wireless network, then scanning the QR code on the back of the camera to add it to your system. When you first connect to the internet, any firmware updates are completed automatically, then each camera you’ve fitted takes a still image of its location and you can rename it (for instance ‘garage’ and ‘garden’).

Multiple cameras can be fitted – a single camera and sync unit costs £129.99, but have two and it’s £199.99, three costs £269.99, while five are £399.99. You can run a total of ten cameras from one sync unit – additional cameras on their own cost £99.99, but you can manage multiple sync units across various locations (home and work for instance) using the one app.
The sync unit is powered by a mains adaptor, while each camera uses a supplied AA lithium battery. These are claimed to last up to two years; while repeated use will reduce this, mine is still showing as ‘Good’ after six months. Replacement batteries are easy to buy – a pack of four Energizer Ultimate Lithiums from Amazon costs just £6.36.

The camera must be in range of your home WiFi network – if the signal’s glitchy, the camera can indicate it’s recording, but fail to save the clip. Fortunately, it’s very easy to check the connection using the app. 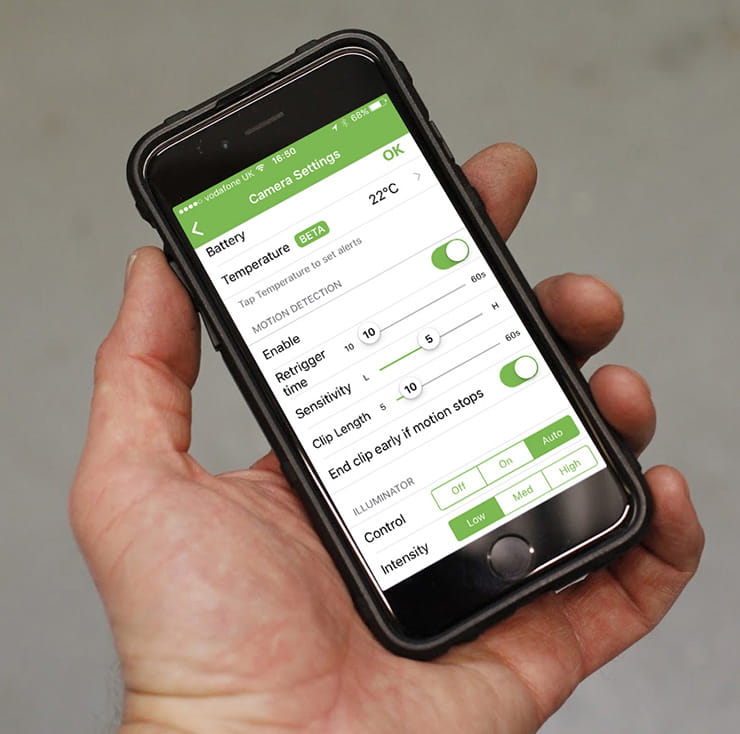 Day to day use

Blink is completely unobtrusive – it’s easy to use the app to schedule when you want the cameras to be armed or disarmed. You can only do it for all the cameras on one sync unit, not individually, but you can do it in 15 minute increments. When disarmed, the cameras won’t record anything unless you manually arm them.

If the camera’s recording – whether automatically or when live view is accessed from the app – a blue LED on the front illuminates to help protect the privacy of those in the room. If it’s dark a bright white LED gives enough illumination for most environments.

You can easily set various parameters for each camera from your smartphone, including enabling or disabling motion detection (and adjusting its sensitivity), turning audio on or off, setting the length of the clips, the time until it will trigger recording again, and altering the built-in illuminator’s settings. You can also view the battery level and the temperature in the camera’s location, as well as the camera-to-WiFi and camera-to-sync module’s signal strength. 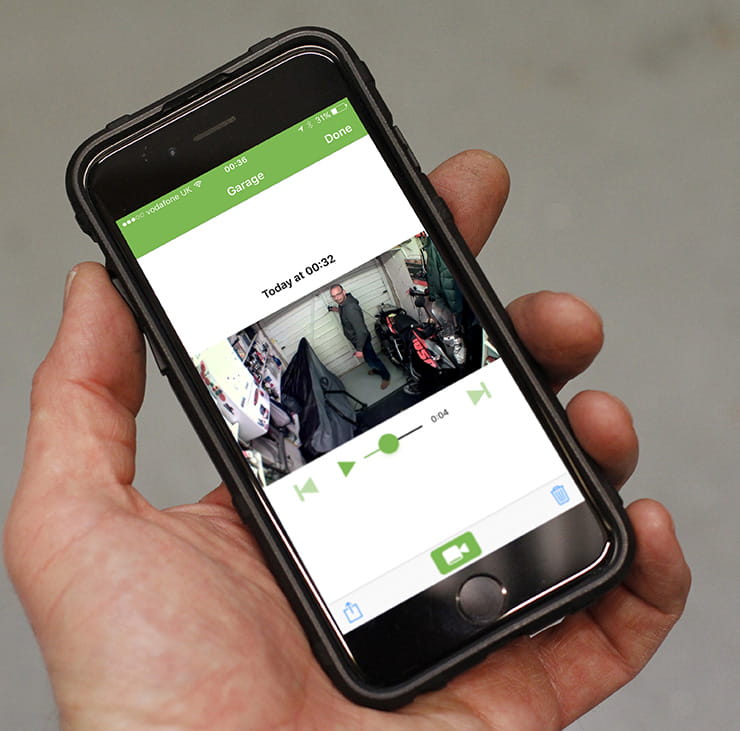 If the camera is triggered, you’ll receive a notification as soon as the recording is completed. It’s worth keeping in mind that, if a crook were to disable the camera before the clip had completed (for instance by removing the battery), it wouldn’t be recorded. By keeping the clips shorter, there’s no way they could realise what or where it is, reach it, and smash it in time.

Clips are very clear, with decent audio – there’s a good chance a criminal could be identified with this kit. The immediate notifications also mean that, if you have it set up in your shed outside, you’ll know someone’s trying to get to your bike. You don’t need to be on your WiFi network to view the clips or get the notifications, but you will need to have a data connection. If you’re out of range, the recordings are still saved safely, you just won’t know they’ve happened until you next get a signal. Watching a five-second clip uses approximately 750KB of phone data.

Recordings can be easily downloaded and are simple to delete (handy when you forget it’s armed and film yourself going into the garage). There’s space on the server for 7200 seconds of footage – a full two hours – so you’re very unlikely to fill it. If you do, it’ll start recording over the oldest clips.

Blink represents great value for money – the fact that there’s no subscription to pay means you’ll keep using it. In the six months I’ve had it, it’s been totally reliable, consistently arming and disarming itself every day, and never missing a clip when I forget to turn it off.

It’s ridiculously easy to set up and use, and gives real peace of mind, even if it’s just to take a quick look at your bike when you’re thousands of miles away. A brilliantly thought-out security product.