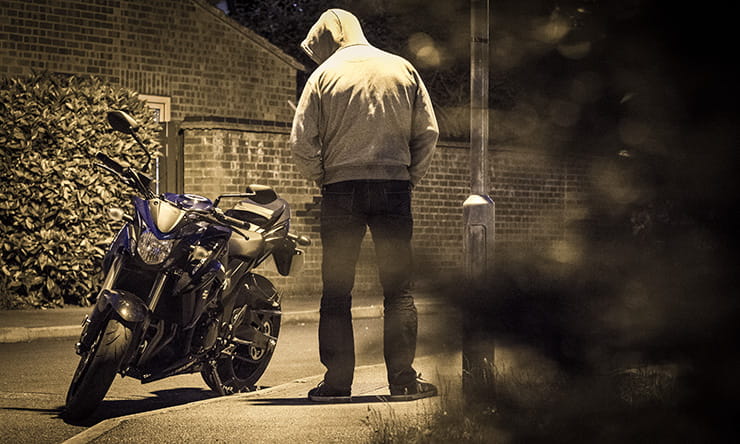 With many modern motorcycles now equipped with electronic immobilisers, it’s hard to imagine what a crook can do with a bike once they’ve taken it, besides stripping it for parts. So why do we regularly hear of stolen machines being used for crimes in the UK, or shipped in bulk to Eastern Europe and Africa?

Not all powered two wheelers (PTWs) have any form of immobilisation – many scooters are lacking this, often simply due to the cost it would add to a relatively low-priced commuter machine. This of course makes them prime targets for criminals looking for transport, which is resulting in a significant rise in – often violent – scooter-enabled crime. The Metropolitan police force is calling it “a public safety issue”, with very serious attacks and even murders being carried out on PTWs.

So surely the answer is for the industry to swallow the cost, and make these small machines less easy to steal. Perhaps not…

What use is a vehicle with an immobiliser to a crook?

The majority of larger capacity motorcycles now have quite complex immobilisation systems fitted, often seeing coding across not only the ECU, but sometimes the clocks, ignition barrel and beyond. Not all manufacturers put their systems through the UK’s Thatcham Research approval process – KTM and Ducati are examples that have OEM immobilisation in place, but no Thatcham approval. Yamaha’s YISS (Yamaha Ignition Security System) is Thatcham approved, as is Honda’s HISS, Kawasaki’s KISS and Triumph’s Immobiliser System.

A lack of approval is not a sign that the systems used are poorer, but if your insurance demands a Thatcham-approved alarm/immobiliser, you might find yourself having to buy a full system, like Datatool’s S4 Red; owners of bikes with a Thatcham-approved immobiliser could use the S4 Green to upgrade the OEM system to include an alarm.

But regardless of the type of immobiliser fitted to a motorcycle by the manufacturer, it’s becoming increasingly easy for crooks to bypass it, thanks to small circuit boards – costing as little as £5 – that can be plugged into a loom to bypass the system.

Insurance claims and repair specialist 4th Dimension sees a lot of stolen-recovered motorcycles in its workshop, and it was here BikeSocial discovered just how easily the crooks are subverting our bikes’ security systems.

One Yamaha MT-09 awaiting repair had its steering lock snapped off, the cables cut behind the ignition barrel, and a simple bunch of wires – with a circuit board wrapped in insulation tape and two switches – plugged into the existing loom. With a flick of one switch and a press of the other, the bike could be started. 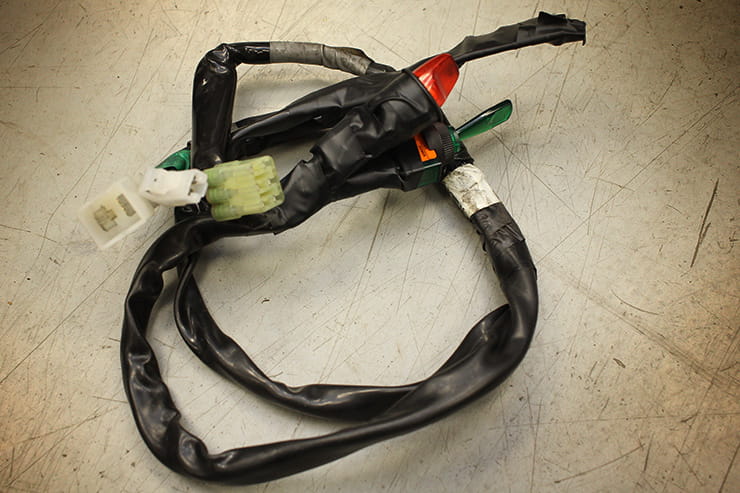 These devices are readily available online, even on online marketplace eBay. While the products aren’t illegal, we asked eBay whether it considered it responsible to sell an item that was enabling crime. While a spokesperson wasn’t aware of any contact from the police asking for the company to look at these products specifically, they did tell us that the items we flagged would be removed, and the site would be swept for any similar. This is in line with the company’s restrictions that mean the sale of items that encourage, promote, facilitate or instruct others to engage in illegal activity are not allowed: “We have banned the sale of these types of items on our site,” we were told, “and our policies in this area are stricter than UK law requires. The safety of our customers is our number one priority, and we work closely with law enforcement authorities and sellers to ensure that we have the right restrictions in place.”

Can the motorcycle industry help prevent these bike thefts?

We asked Tony Campbell, CEO of the Motorcycle Industry Association (MCIA) what was being done; “The MCIA is aware that our industry security partner Datatag has met with e-bay to raise concerns about the sale of stolen salvage frames and motorcycle parts,” he told us. “We are not aware of whether police forces across the country are in contact with eBay or other online platforms, but would be surprised if this were not the case.

“The MCIA has been working closely with relevant authorities and is currently leading a task group coordinated by the Home Office relating to powered two wheeler theft and crime. In addition, the MCIA has been invited to be part of a new working group led by the National Police Chiefs’ Council Lead for Vehicle Crime, which will include both the automotive and motorcycle industry, in an effort to combat rising vehicle theft. We expect the subject of scanners and other electronically intrusive devices to be on the agenda of the first meeting, which takes place at the end of March.”

What are the police doing about these crimes?

Nationwide, the UK’s constabularies are under ever-increasing pressures. The Metropolitan police force is keen to stress the public safety issues surrounding motorcycle and scooter theft – be it enabled crimes, or the risks to the public during pursuit – but we asked the Met’s Superintendent Mark Payne what was being done; “Police are working hard to keep the public safe and make the streets hostile territory for criminals who steal scooters, mopeds, motorbikes and bicycles and then use them to snatch valuables from members of the public,” he told BikeSocial.

“The Met’s Organised Vehicle Crime Unit is aware that such devices are widely available in the online marketplace.

“We have highlighted this vulnerability to manufacturers of motorbikes and scooters so that they can improve their product design security.

“The close working partnership with motorcycle manufacturers and the Motorcycle Industry Association (MCIA) is key to providing manufacturers with current theft techniques.

“If anyone is found using such a device illegally they may face prosecution.” 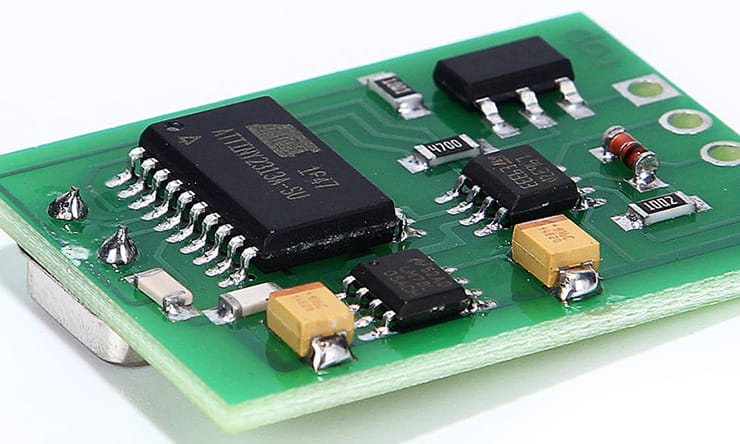 Simple devices like this are readily available, yet can be used to defeat many OEM motorcycle and scooter security systems

What can I do to avoid my motorcycle being stolen?

It’s a fantastic result that eBay has promised to remove the immobiliser bypass units we notified them of from sale, but these products can only be taken out of the reach of criminals if the websites hosting the listings are made aware of them. Of course, it won’t take much for the sellers to change the name of the item slightly in order to evade detection, but if everyone – the industry, police, and all bikers – see something that they believe is being sold to enable crime, they could help by notifying the hosting website immediately – you can contact eBay for instance by visiting its violations reporting page here.

Anything that makes a crook’s life harder will reduce the risk of your motorcycle being stolen, and electronic immobilisation can help, but it clearly needs to be backed up with hard security – chains, locks and disc-locks. The more you fit to your bike, the more secure it is.

Here are our key motorcycle security points to remember:

Any security device can ultimately be bypassed, but every layer will delay a crook. With as much as 75% of PTWs being left with nothing more than the steering lock (and sometimes not even that), we’re all making it far too easy. For advice on the chains and locks to suit your budget, see the extensive testing carried out by BikeSocial here.

Electronic security still has a very important place, and trackers are also seeing a large proportion of stolen machines being returned to their rightful owners. And potentially giving an opportunity to capture the criminals involved. You can read BikeSocial’s reviews of the latest tracking equipment here.

We’re working hard to give bikers the best insight into security products for their bikes, so be sure to check back regularly for the latest reviews.