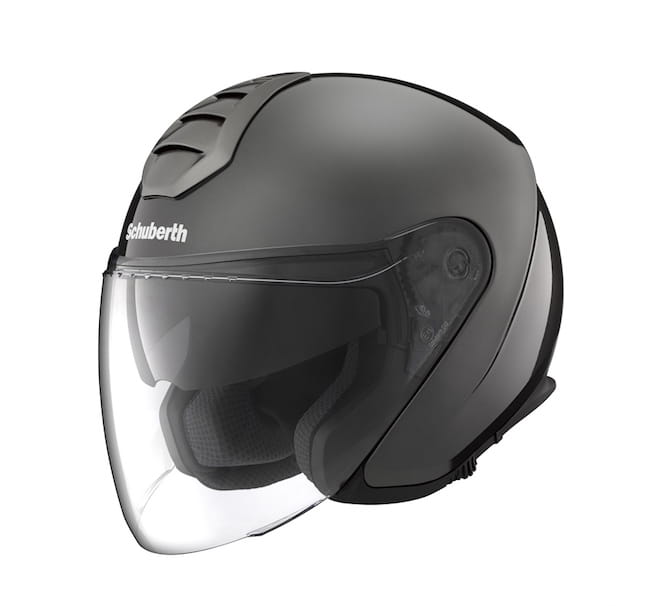 Schuberth may not be particularly well known to most motorcyclists, but the German company is certainly one of the big hitters in the world of helmets.

While the brand is absent from the MotoGP and superbike grids, Schuberth has built a reputation as one of the leading manufacturers of Formula One helmets, famously collaborating with Michael Schumacher to develop new helmets and counting the likes of Nico Rosberg and Fernando Alonso among its clients. They also manufacture BMW’s own brand helmets and supply protective gear for the German military. They know their stuff.

While not as funky looking as competitor models from Italy (they are still known for their rather  Teutonic designs) the Metropolitan 1 is nonetheless pretty stylish in its own conservative sort of way. The seven colour options are all on the plain side but the helmet itself is well made and beautifully appointed.

The helmet has a built in sun visor, which can be easily raised or lowered through a button on the left, while the main visor is detachable, turning the helmet from jet style to open faced in seconds.

It’s a quality product and its real ace in the hand is the built in communications system, which feels seamless and totally integrated. Unlike aftermarket systems, which can often be untidy and uncomfortable to wear, the Schuberth has speakers and a microphone built in and hidden away. To wear, you just don’t notice them, while Schuberth’s £159.99 SRC module plugs straight into the socket on the back of the helmet, allowing easy Bluetooth connectivity to a wide range of phones, sat-navs, music players and intercoms.

The Metropolitan 1 is not cheap but as the old saying goes, you get what you pay for. If you’re in the market for this type of helmet and are willing to shell out for quality, the Schuberth should well be in your consideration – particularly if using a communications system is high on your list of priorities.