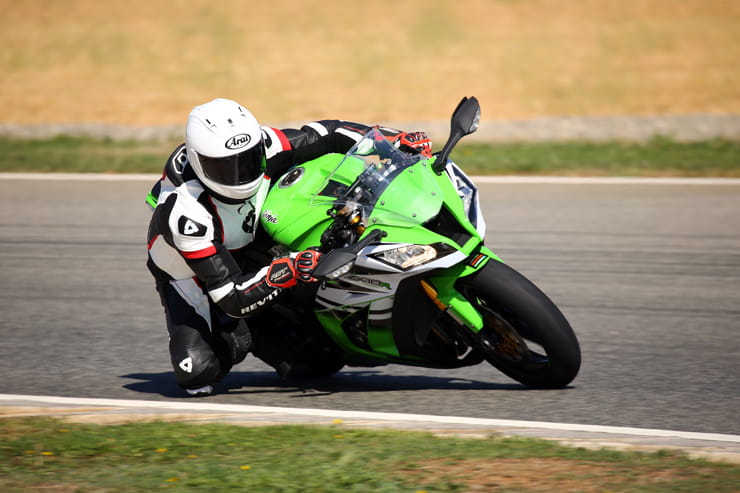 I have been testing this suit for 18 months in all weather conditions, both on road and track and have covered at least 4,000 miles

This is the top-of-the-range one-piece leather suit from Rev'it, which the firms says is the product of its experience in MotoGP with Alvaro Bautista, Danilo Petrucci and Alex Rins.

Called the Replica, it comes in three eye-catching colours, but protection is the most important thing here, and you'll find CE Level 2 (the highest) armour in the shoulders, elbows, knees and hips.

Hip protection isn’t something I’ve ever seen in any of the leathers I’ve worn, and it seems like a no-brainer – who wouldn’t want additional protection in this area? I don't think I've ever come off a bike without my hips hitting the ground.

The whole suit is quite comfortable. Usually when I get a new suit it takes a little while to break in, like a pair of boots, but I found this one comfortable straight away. The Kevlar stretch panels provide unrestricted movement in all the right places and the neoprene cuffs give a comfortable fit and low profile that makes it easy for gloves to slide over. 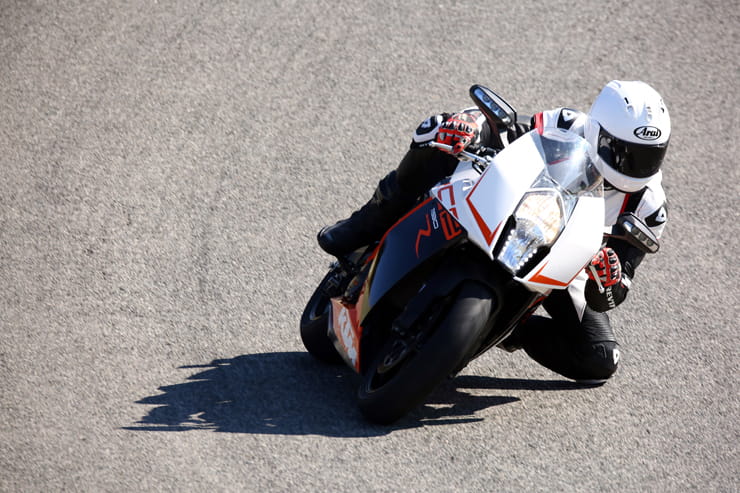 Elasticated panels on the backs of the shoulders, above the elbows and knees make for ease of movement. There’s another elasticated panel across the lower back which, unusually, continues around to the front of the hips. It might not sound like much but it really makes the suit more comfortable in a tuck.

The first time I wore this suit I was testing in Spain and the ambient temperature was 34C. As you’d expect, I was warm at a standstill, but on the move the airflow was great thanks to the perforated chest area. It felt like it was sucking in air.

The speed hump can double as a water container, but left empty it allows air through to your back, which I could also feel. It lets in so much air that you’d definitely need a warm base layer in cooler temperatures. The perforations are located away from the seams, to retain the latter's integrity.

There's a removable washable lining. If you sweat a lot, like me, that means no more excuses for stinking the house out.

The Replica is an unashamed race suit and among its more technical features are the replaceable rubber grips on the insides of the knees. I loved these as they really helped me grip the tank. I'm an a big fan of grip patches on the tank and don’t usually like riding without them, so a similar effect built in to a suit is a huge bonus. My only criticism is that I’d like the suit's grips to have larger surface areas. 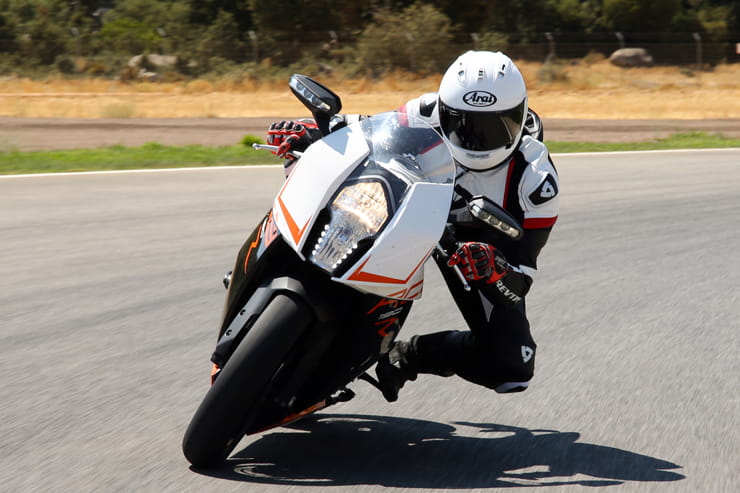 There are hard sliders at the elbows, shoulders and knees, which are designed to absorb some impact as well as abrasive forces in a crash.

There's also a built-in foam tailbone protector - something that sounds uncomfortable but which I never thought about while riding. You can add a built-in back protector as an option. I wear a separate heavy-duty back protector, which fitted under the suit no problem.

The suit fits like a glove, it feels like a second skin now. There are no obvious signs of wear and tear, I have cleaned the suit a number of times with leather cleaner and then moisturised with leather cream.

The Replica is very comfortable, with a high level of technical protective features and airflow in the right places. At £800, it's competitively priced, too.