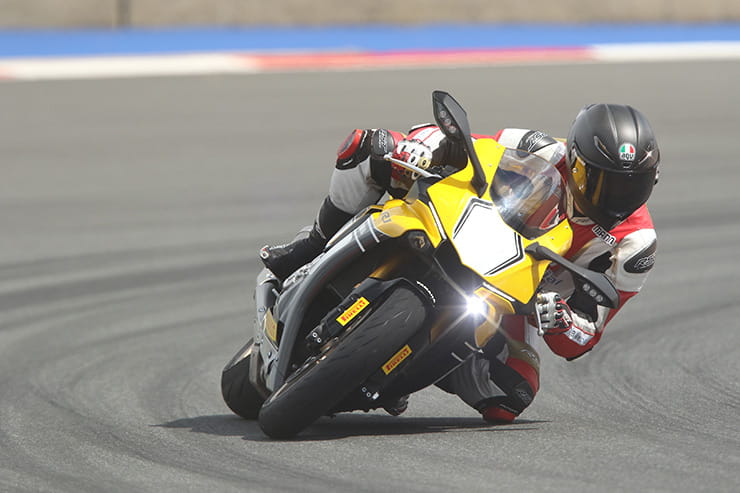 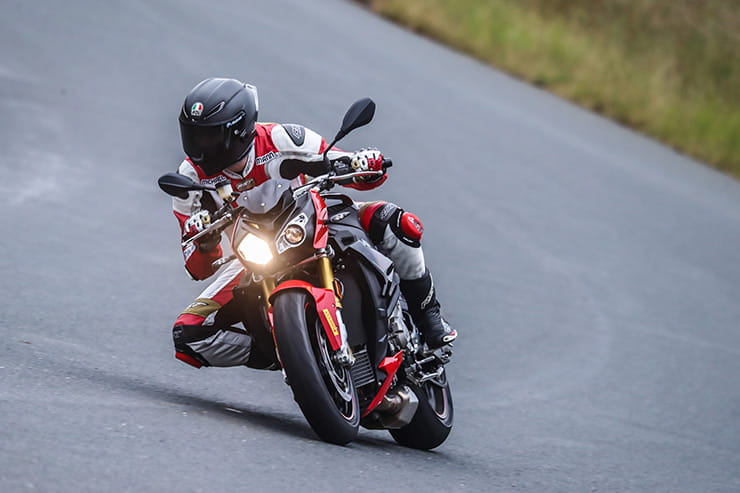 The brand-new Diablo Rosso Corsa II from Pirelli fits snuggly within the recent surge in popularity of sports-oriented, all-weather road tyres yet these Italians come packed with World Superbike-derived technology for exceptional track performance, even for the quickest of the quick group. They are the all-in-one set of rubber, some would say.

They slot into the existing Pirelli range in between the more road-biased Diablo Rosso III and the sportier Supercorsa SP, yet offer almost identical levels of performance for almost every track day user while providing enhanced grip, durability and wet weather performance on the road.

Offering more than enough ability on the track, we put the new Pirelli’s to the test on road near Johannesburg in South Africa and on track at the magnificent Kyalami circuit. 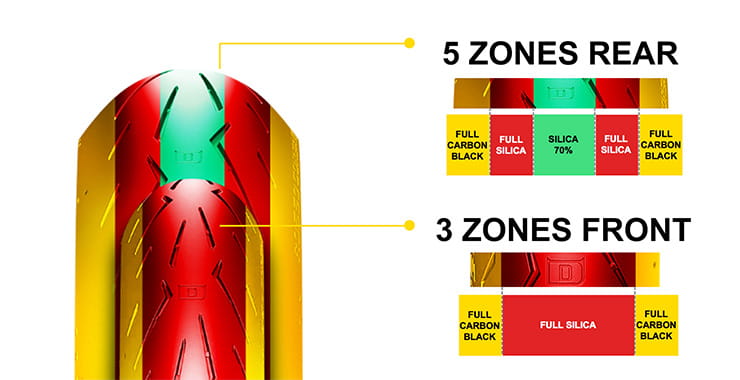 In 2010, Pirelli gave us the Diablo Rosso Corsa and in the 8 years since power, torque, electronics and rider aids have developed so quickly through supernakeds and superbikes that the tyre manufacturers have had their work cut out to keep their OE manufacturers happy with the grip and traction required to transfer power to the ground.

In the interim years using technology harvested through the firm’s World Superbike connection and their in-house materials and process advancements the Diablo Rosso Corsa II has been created using a brand-new tread pattern and a multi-compound approach for track performance and street versatility. Essentially, we are looking at slicker shoulders and more groves in the centre.

Piero Misani, Pirelli’s Head of Motocycles, explained to BikeSocial, “In the years since (the original Rosso Corsa) the world of tyres has developed dramatically in performance on the road and on the circuit as well. So, we had to make a big step ahead. The idea was to provide the customer with the best of everything he needs.” 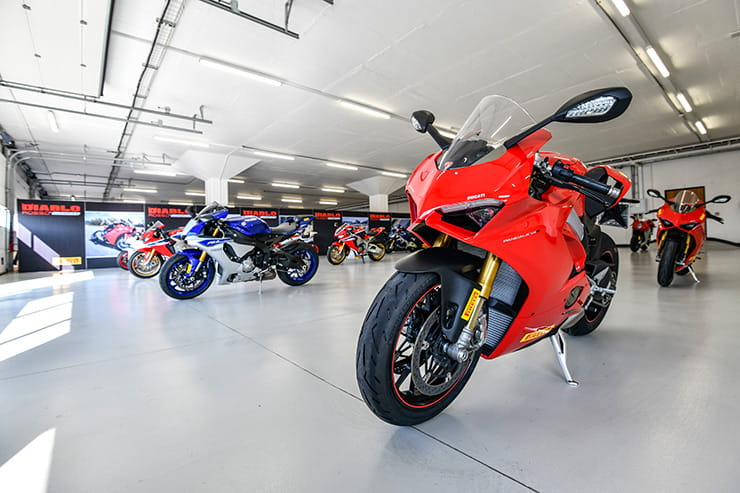 Five zones across the rear and three over the front hide the technology. Taking the rear for starters, the central strip is 70% silica/30% carbon black and is aimed at giving stability when the bike is upright and tyre durability. Either side of the central stripe across the shoulder the compound used is full silica designed to offer high grip levels in wet and dry conditions on the road. While the super sticky shoulder-to-edge section is 100% carbon black and completely slick to encourage greater lean angles and agility with claim that a maximum lean of 52-degrees can be achieved which is 4-degrees more than the outgoing model as well as a 5kph corner speed increase leading to faster acceleration. In testing at Mugello, the new rubber provided a 0.9s faster time through sector 3 than the old version.

On the front tyre it’s the same full carbon black compound used towards the each edge while the centre section is full silica for good wear, wet grip, road and track agility plus faster turning-in ability. 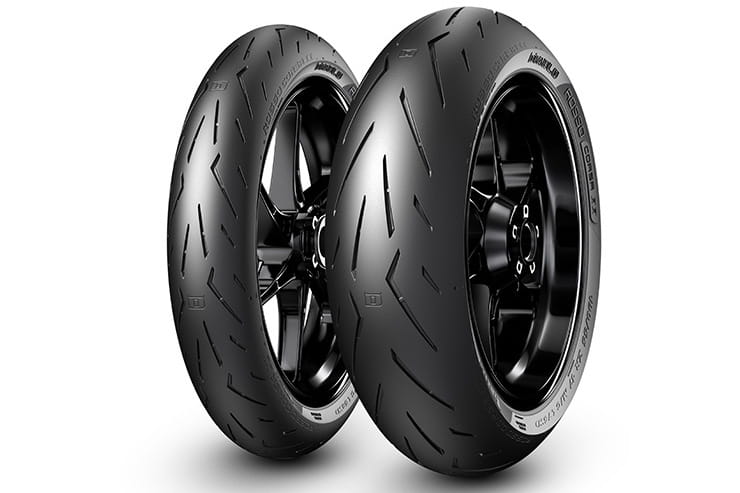 Designed for mid capacity nakeds through to race replica and Superbikes running on 17” wheels, the tyre size range is as follows: 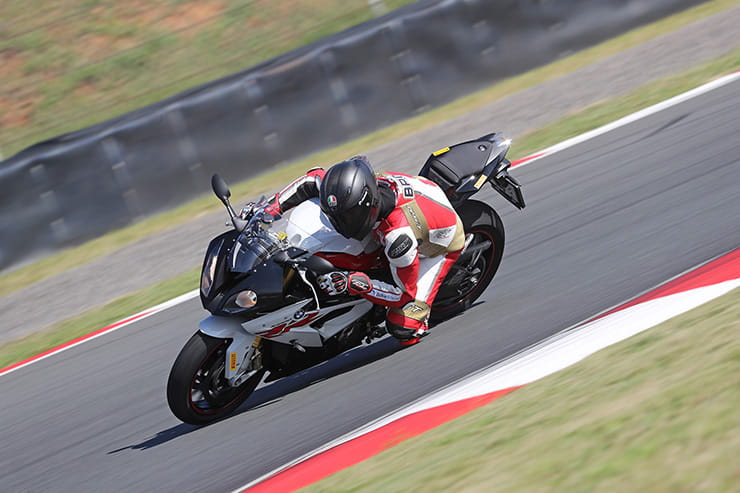 The former home of F1 and MotoGP has been recently redesigned and updated with a silky smooth tarmac offering a divine flowing 2.81-mile lap equipped with a couple of hard-braking zones, fast 3rd/4th gear uphill/downhill curves, a straight that would encourage speeds of almost 180mph. Everything you’d need to for a track-derived tyre test.

The race profile, World Superbike influenced rubber was sensational. The conditions were warm to begin with and after three track sessions on a BMW S1000RR, Ducati Panigale V4 and Yamaha R1, I couldn’t find fault with the Pirelli’s ability. Firm enough under heavy braking with suitable dexterity by being able to turn each bike quickly and use the accelerator and the electronics to hurtle me quickly and safely towards the exit and onto the next challenge. The power of these 200bhp machines harnessed only by their electronics and my right wrist is a gruelling workout for a dual-purpose tyre and the rubber was perfectly suited to the occasion. Only those who have race ability would notice any chinks in the Pirelli’s armour. 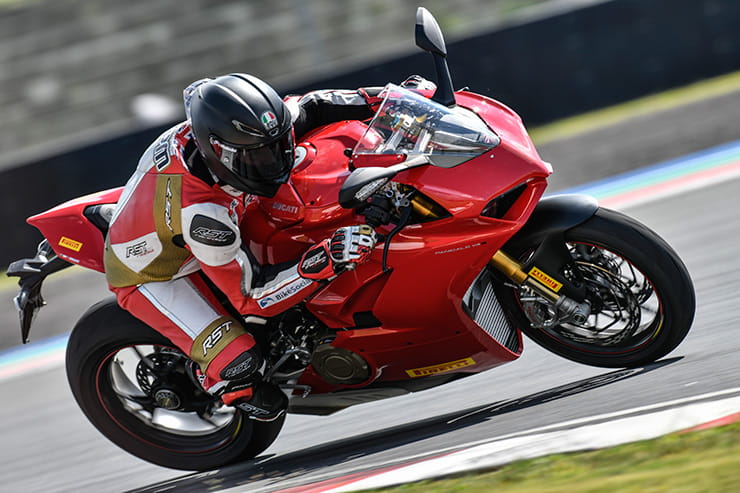 Even though I rode for three sessions during the morning, the tyres were still used by the other two groups meaning that by lunchtime, each set of tyres had completed nine track sessions at the hands of journalists from the UK, Australia, New Zealand, The Netherlands, and Belgium. And they demonstrated excellent wear, far better than I ever expected. The Michelin Power RS tyres I tested last year at Qatar showed more wear after less sessions.

For the final part of the track test it was if Pirelli had DM’d Mother Nature because a thunder storm passed by leaving parts of the circuit rather wet. It was as if they’d planned it. Some sections were bone dry, others damp and some parts with rivers running across the track. Nevertheless, after a couple of laps tip-toeing around, I pushed on with the S1000RR getting braver with each corner. I wouldn’t necessarily use any tyre on a wet track day and much rather sit in the garage sulking, however, this was the perfect opportunity to test the Diablo Rosso Corsa II’s as if it were a wet commute on a Monday in Peterborough only with less.

The transition from wet-to-dry didn’t take long for the tyre to find its optimal levels of grip and even with the BMW in ‘Rain’ mode there was still enough grip from the tyre and electronics for 100% throttle down the wet start/finish straight. 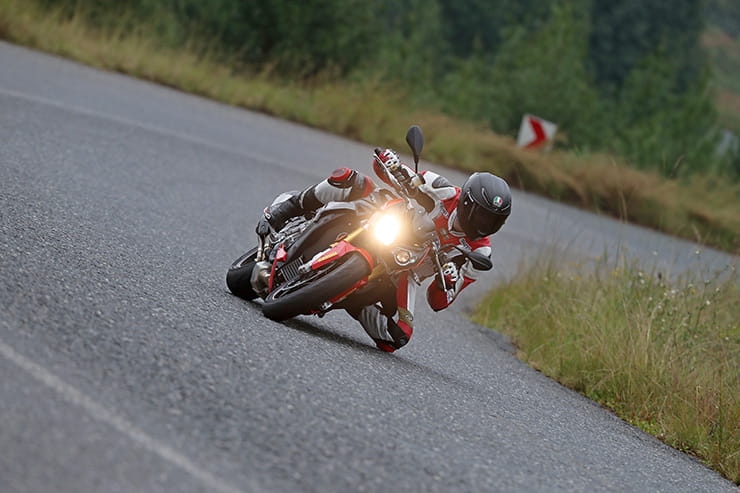 The road section of the test route took us for 100 miles on the roads adjacent to the Kruger National Park which, for the first 15 miles, had some many gruesome looking potholes that I could have been forgiven for thinking I was back home in The Fens. In fact, they were probably more frequent and even larger. Again, I was convinced Pirelli had chosen this route especially to show off the agility of the tyres on the naked sports bikes that we had. Darting from side-to-side as I avoided the mini-tarmac craters and the rubber had me full of confidence with its stability and agility on the BMW S1000R.

Onto the open roads and the surface was grippy though damp in places, not wet just that sort of darker shine. It didn’t detract from the effort put into a rigorous road test as the almost-Germany like ribbon of road swept alongside forest edges, up and over crests, through blind 3rd gear sweepers on a road that I was told beckons riders from as far away as Cape Town, over 1,000 miles away. 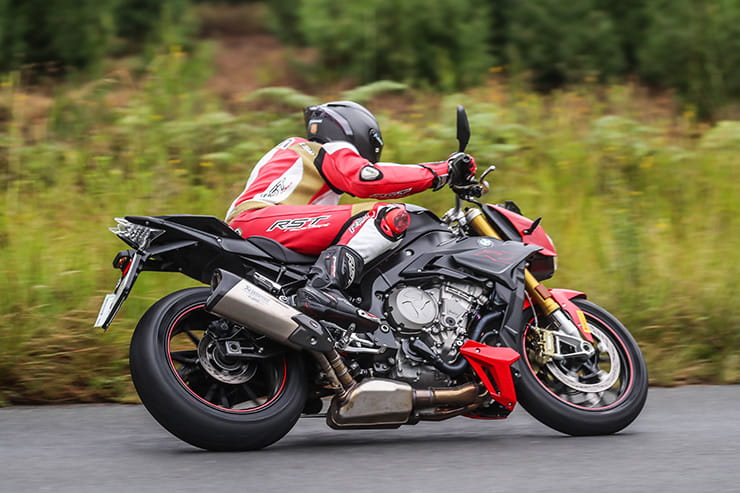 The BMW stood firm and the Pirelli’s were more than a match for anything I could throw at them. Again, offering confidence to put my knee down with their mid-to-edge grip and turn-in ability. The feeling that you get back from the tyres isn’t wooden, it’s like they’re comforting you and deliberately not snatching or breaking away. 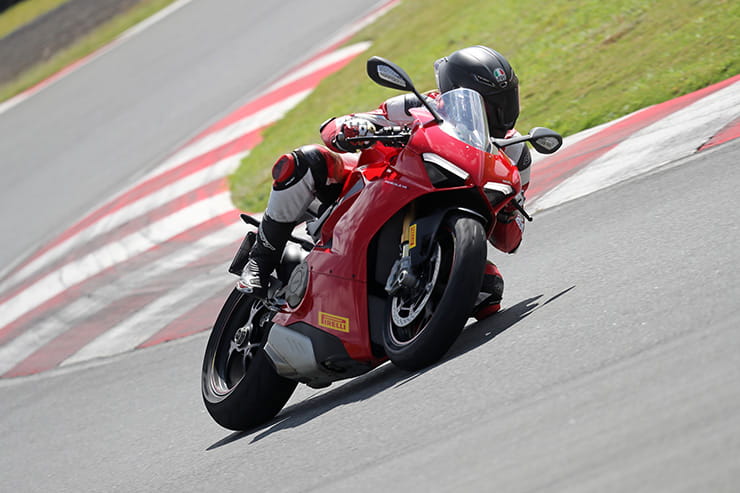 Judging on the abuse the tyres got on the road at the hands of journalist who aren’t known for their softly softly approach on track plus the little evidence of wear even after 100-miles of South Africa’s finest roads I’d say the Diablo Rosso Corsa II’s will be a fine choice for many.

Pirelli claims a 15% increase on mileage over the outgoing Diablo Rosso Corsa’s and I’ll be aiming to put that to the test in the year ahead. 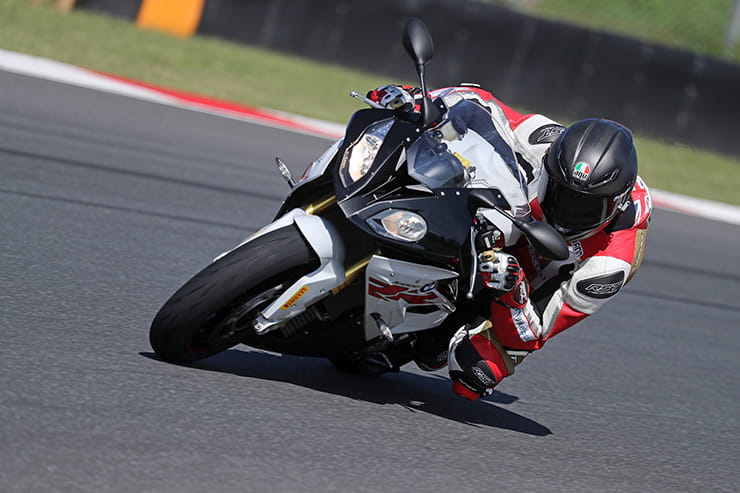 Tyre reviews are tricky when ridden in isolation so even though we know the two main rivals to the road-and-track tyre are Dunlop’s new SportSmart TT and Michelin’s Power RS launched in 2017, a conclusion to the question of ‘which is better?’ would require a back-to-back test.

However, a tyre like the new Pirelli Diablo Rosso Corsa II that has been researched and developed so carefully using all sorts of World Superbike data and technology and contains all the elements to fend off wet weather while providing a quick road-rider seeking excellent wear and top levels of dry grip while still being able to push hard on track, makes for the ideal solution.

To be able to push so hard on the road while giving them a severe work-out on one of the world’s greatest circuits in both dry and wet conditions on some of the finest and most technically advanced road-going machinery is testament to how damn-near-perfect these tyres are.