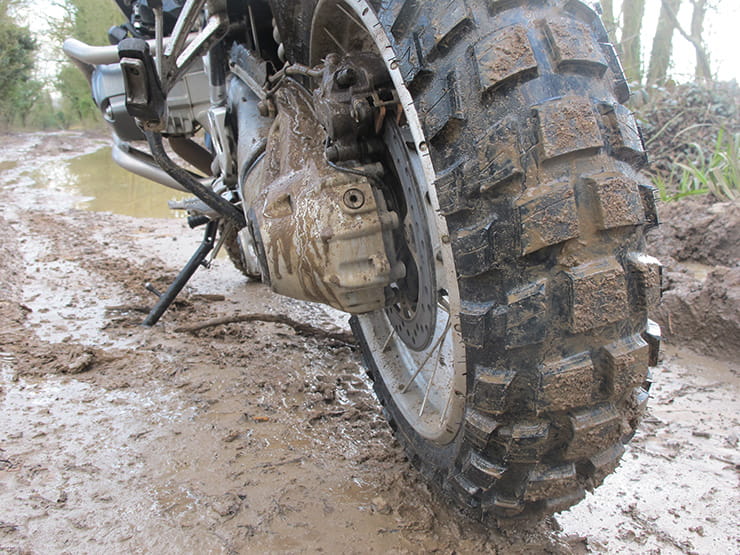 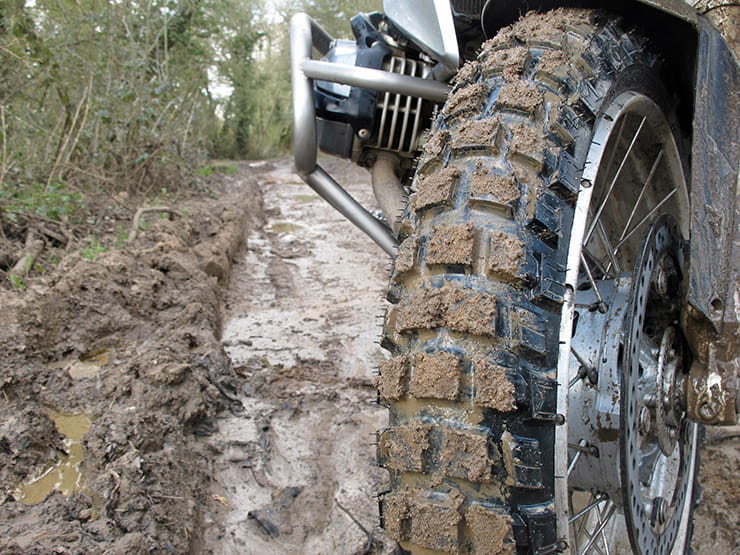 For the recent trip to Iceland I fitted a set of Michelin Anakee Wilds. These are the company's more dirt-focussed tyres – officially a 50/50 split between on road and off road use – to take on the likes of the Continental TKC 80. The Wilds were designed specifically with the large capacity adventure bike in mind – such as the R1200 GS I would be riding in Iceland – with it being Michelin's first block-tread tyre to feature radial construction. The radial design is claimed to offer greater longevity; a common sticking point for this style of tyre on this type of bike.

This was to be the second time I’d used Anakee Wilds, and chose them for Iceland for the fact that I would need something that could do the 1000 miles of motorway riding to get there and back at either end, plus be able to tackle the dirt and gravel trails of the island's interior routes. Basically, I needed a tyre that could do everything, and hopefully have enough life in it do the complete trip of an anticipated 5500 to 6000 miles, which was about the distance I got out of the first set I tried.

With anything like this there is going to be a compromise. On the road the Anakee Wilds are quite noisy, mainly from the front tyre, which can take some getting used to and is best cancelled out with ear plugs. They also have a tendency to wander and generate a small weave at fast motorway speeds, but only for the first 200 miles or so. After that they settle down and are happy to push into triple figures without any such misbehaviour. In terms of cornering, a tyre like this is never going to feel as natural at the turn in as a regular tyre. Someone jumping straight on a bike fitted with something like an Anakee would probably think there was something off with the bike, but they just take some getting used to because you can push on almost as hard as you might with a regular tyre, though you do lose a little bit of feel.

It's off road though where I've been especially impressed with the Wilds, and one of the main reasons – as well as longevity – that I fitted them again for this trip. On a big heavy bike like this the biggest issue is the front end washing away on off-cambered dirt surfaces and mud. And once the bike's sliding away from you it's very hard to catch. The Anakees are good because they offer the most front-end lateral bite of any tyre I've tested on the GS. It means you can push on that bit harder or at least ride with greater confidence that the front isn't going to wash. These big bikes do still take some practice and technique to get them to ride well in the dirt, which is why proper off-road training is just as important as the right tyre, but riding solo on the remote trails of Iceland I wanted as much traction as I could get.

What I also like about the Wilds is that they've been designed to run off-road at standard road pressures, rather than being required to reduce pressures for traction in the dirt. I run mine at 2.4 bar at the front and 2.9 bar at the rear, on or off-road. This is handy for the constant transition between different road surfaces when riding Iceland's rougher routes and also, with pressures kept high, helps avoids damaged rims and punctures, which can happen with deflated tyres. 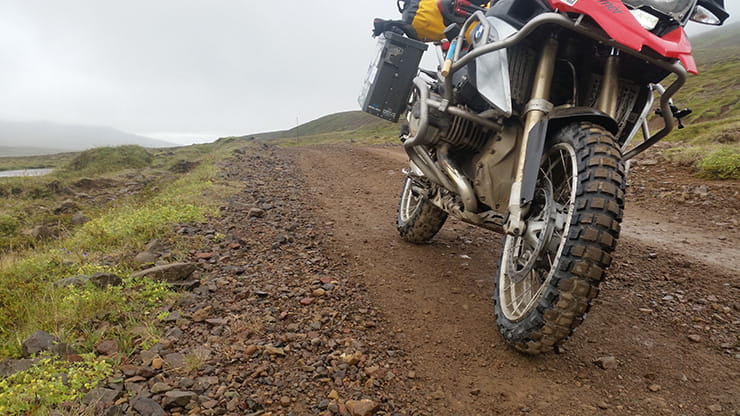 In terms of longevity, I had hoped they'd last the entire trip, and from past experience they might just about have made it, but with the added weight of the luggage, the long periods at motorway speeds to get to Iceland, plus the aggressive road surfaces and volcanic gravel of the island's F roads, I did suffer premature wear. At 3,600 miles, while in Reykjavik and with 2000 miles until reaching home, it was sensible to have a new rear fitted; the front had plenty left in it. They may have made it back to England, but the risk of riding back through mainland Europe with a bald rear tyre was probably sensibly avoided. A shop in the city had one in stock, though did manage to fit it backwards and take a big gouge out of the rim. Not great.

Despite the wear caused by the volcanic rock, the tyre was perfect for Iceland. I'm glad I had the Wilds on for tackling the F roads when two-up with my wife on the back – the extra reassurance of front grip was essential. If I was planning another trip to Iceland and freighting the bike in rather than riding up to Denmark to catch the ferry then I would certainly fit another set of these Wilds. If I was doing another trip tw-up with the wife then I'd possibly consider fitting a regular semi-trail tyre such as a regular Anakee III, just to avoid the inconvenience of having to change the tyre mid-trip. They would also manage the gravel roads just fine.

If I was doing the exact same trip again then I might look at something like a Heidenau K60, as they would last the entire the distance, but the trade-off would be diminished off-road grip, and that's not something I'd be keen to sacrifice. As always with a dual-sport tyre, it's a compromise, but for anyone looking for maximum off-road traction for their large capacity adventure bike, mated with excellent wear rates and decent on road performance, then it's hard to look past the Anakee Wilds.

On location with the Anakee Wilds