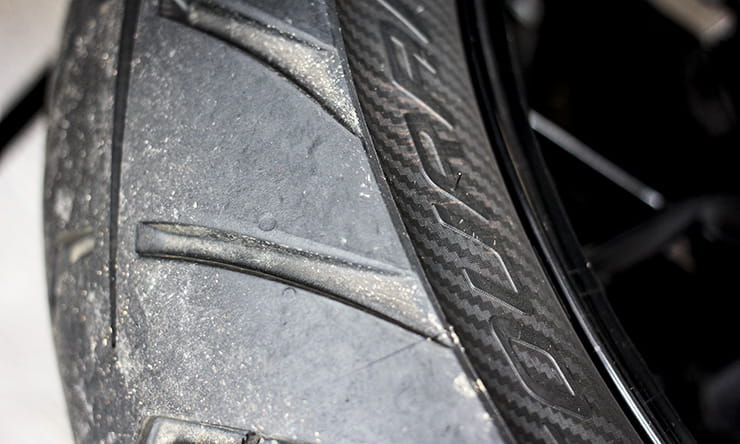 I’ve had these tyres fitted to my KTM 1050 Adventure for 4466 miles, covering a variety of riding throughout the UK. Described as ‘Enduro Street’, the rubber is said to have a compound, profile, structure and tread for ‘unmatched levels of stability, safety and mileage’.

While the KTM 1050 Adventure is clearly a capable bike on all surfaces, for me it’s just too heavy for off-road use. At most I’ve ridden on gravel access roads and light tracks – the Tourance Nexts, which were standard fit on the KTM, seemed to offer a good balance for my riding.

The reason I bought the KTM was its exciting engine, which spins up like a motocross bike thanks to its short rev range – it’s an incredible machine for firing between corners on twisty back roads, and thanks to its long-travel suspension is great over bumpier roads that see little traffic (but would be painful on a sportsbike).

The KTM has traction control, though I’ve never had the light blink in the dry, regardless of how hard I’ve tried. Running with the TC off I’ve never felt nervous on these tyres, and while the measured 99bhp at the rear wheel isn’t the most powerful out there, I can confidently open the throttle hard and really get the most of the bike.

The profile is very neutral, allowing the bike to tip in easily and hold its line very well – there’s no feeling of riding over an edge, even after they’ve had plenty of use. 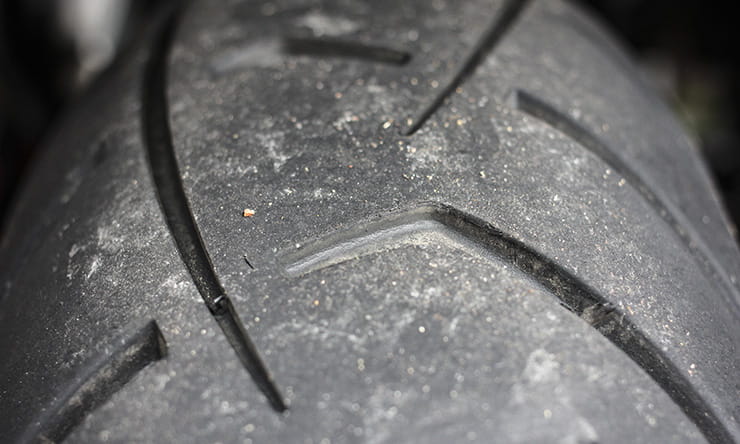 I’ve used this bike in some of the wettest conditions, and never had any problems with the Metzelers. As in the dry, grip has been superb, only allowing the traction warning light to flicker when I push harder than I need to. Most importantly, braking has never felt compromised.

Not being a chunky design, these aren’t intended for ‘proper’ off-road use, and when tackling wet grass bike stops I’m aware of the reduced performance. These are the times I wish for a smaller, lighter bike – if I intended to use the KTM on green lanes, I’d consider compromising the tarmac ability and running something more knobblie.

Equally, while we’ve had no snow for the past few years, I wouldn’t jump at taking the large 1050 to work with the Tourances when the roads are covered – they’d be capable, but not exceptional.

When I’m on my own I ride as many back roads as possible, but the KTM spends a lot of time on motorways, blasting between meetings or travelling to London with my wife. Two-up, with luggage, I’d expect to square any rubber off pretty quickly, but I’ve been really impressed with the wear so far; there’s plenty more meat in these yet.

The Tourance Next’s compounds give an excellent balance of durability without compromising on grip. For a typical UK road rider like me, they’re perfect.

The greatest compliment I can give a set of road tyres is that I’m unaware of them in use. The Tourance Nexts have been the perfect partner to the KTM – I feel extremely confident on them, and will almost certainly run exactly the same rubber when they do eventually wear out. 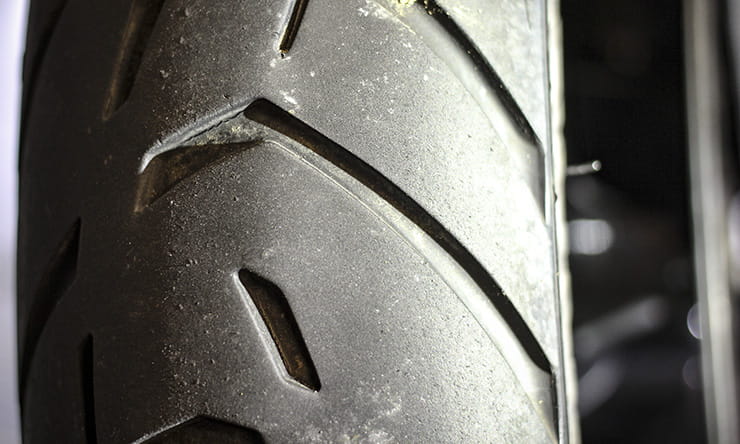