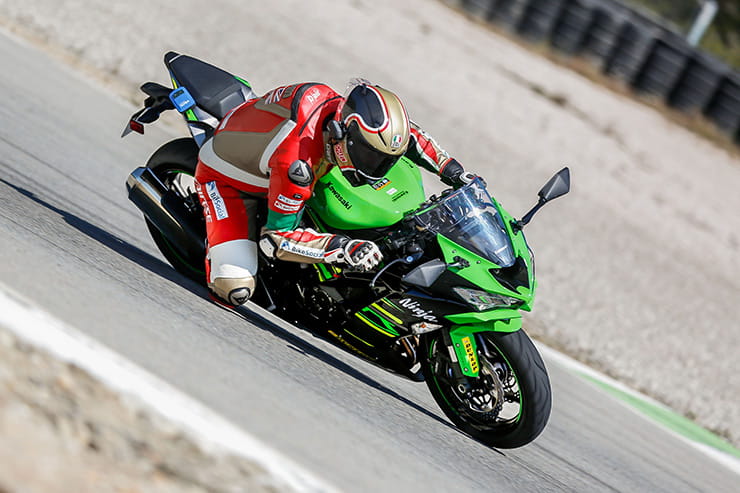 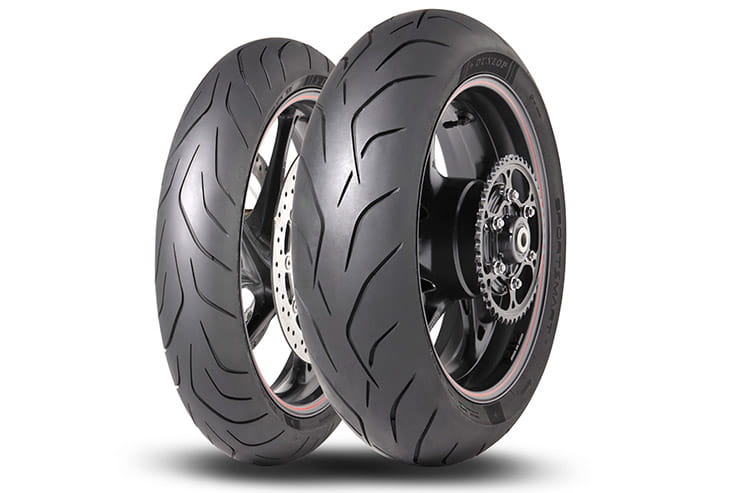 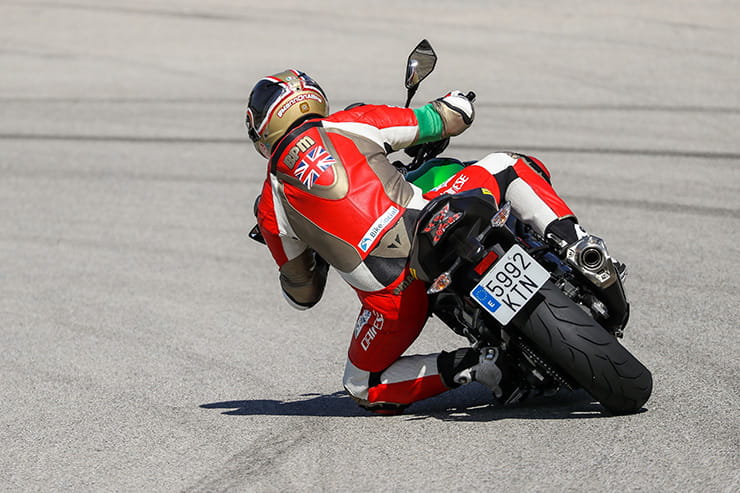 Dunlop has unveiled the latest addition to its popular SportSmart family – the Mk3, and with technology to harness power and torque continually moving forwards as each motorcycle model year passes, the requirements for the two circles of rubber that keep us attached to the ground are pushed harder and harder. The new SportSmart Mk3 is the culmination of a three-year project, is the fifth new tyre in the last two years by those dressed in yellow and black, and is regarded as the firm’s flagship tyre. Big talk.

Aimed at the latest crop of superbikes, supersports and hyper-nakeds - in fact, nine of the most popular 16 bikes sold throughout Europe in 2017 are compliant and ideal for this new tyre, say their maker. And they promise to push the boundaries set by its SportSmart 2 Max predecessor by being better in all conditions.

This latest tyre will sit below the more track oriented SportSmart TT in the range, and is aimed at fast road riders who want maximum on-road performance with occasional, or even first ever, track use. A 90% road/10% track split is the pitch with improved durability, wet weather performance, mileage and cornering side grip also pledged. Off to sunny Spain we went to test the claims, despite limited wet weather testing opportunities on the cards.

Road and Track test of the Dunlop SportSmart Mk3 tyre

Described and marketed as a ‘hypersport’ tyre for all conditions, the target audience is naturally a sportsbike or hypernaked with a focus on top-level wet and dry handling, mileage and stability, and, as a product engineer mentioned to BikeSocial, should last 6,000 miles per set.

The new tyre features a new Multi-Tread (MT) compound, three in the rear to be precise, that contributes to the claims of 20% improved wet grip versus the SportSmart 2 Max. The MT compound runs under the softer shoulder compound that, when combined, help stiffen the construction but also provides traction benefits. Within that compound the ratio of silica (aka Silicone Dioxide – the molecule that, when mixed with carbon black, provides better wear rates and wet weather performance) has been increased. For this particular tyre, the emphasis for the increase is to help grip and traction on colder days.

The construction of the belt is jointless as seen in the brand’s range of hypersport and sport touring tyres, while the vivid grooved pattern closely matches that of a SportSmart TT and a SportSmart 2 Max. Clearly its purpose is to shift water but to provide a consistent contact patch with little reduction in performance over its lifespan. 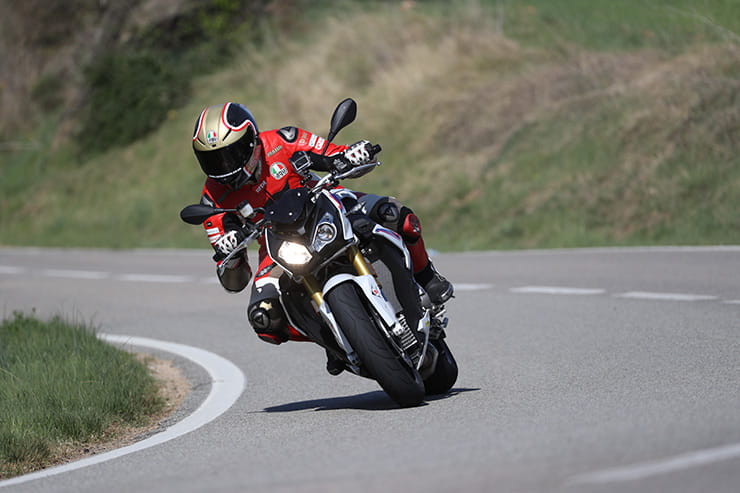 Road use and suggested fittings

Heading out for a 100-mile road ride on a BMW S1000R, swapping for an F800GT half-way through offered a decent amount of insight into the behaviour of the Dunlop’s new flagship rubber. While some might say that if we stayed upright then they must be ok, I’d suggest that if nothing noticeably poor occurred including slides, breaking traction, instability, non-uniform steering, unpredictability or discomfort, then they’re certainly setting an excellent first impression.

We traversed a suitable cross-section of alternative roads, all to the north-west of Barcelona ensuring smooth motorways, fast A-roads and bumpy, twist back roads complete with gravel, shaded parts, overhanging trees and such-like were all used. The route offered plenty of variety designed to challenge the rubber and it’s “all road conditions” purpose. I think it was a fair representation of the type of surfaces they are likely to face, and other than covering hundred of more miles using the same selection or even waiting for the rain then there’s not much more I could have learned. And, I can categorically say that my ride was comfortable and composed with little to worry about. To be able to take my mind away from searching for inconsistency’s or irregular behaviour is testament to their quality.

For road riding, the guideline for tyre pressures is to follow the bike manufacturer’s recommendations, while occasional race track use:

The SportSmart Mk3 will come in one front size and five for the rear, all for 17” wheels: 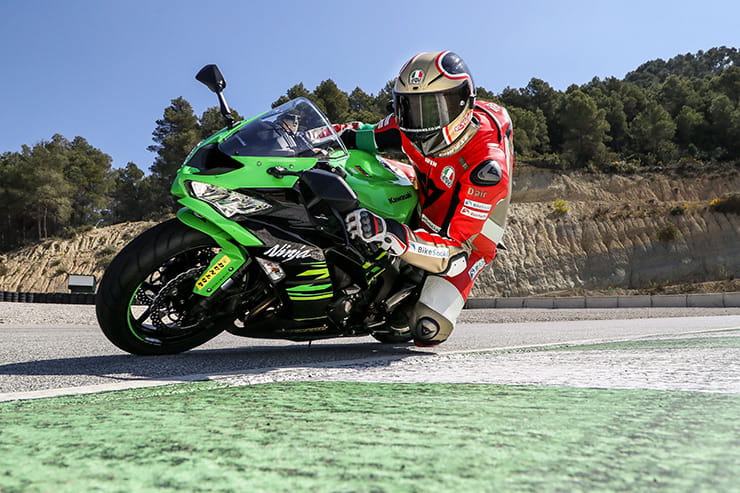 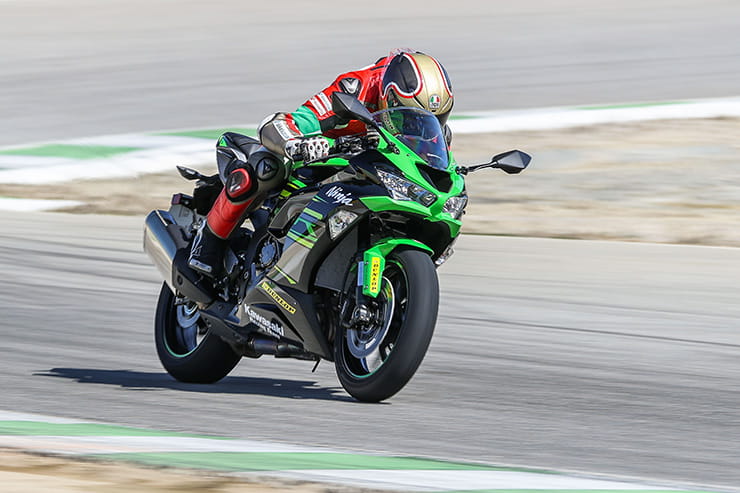 Ending up at Parcmotor, a grippy test circuit forty miles north of Barcelona after an occasionally enthusiastic road ride to face a fleet of gently run-in Kawasaki ZX-6R’s and Z900’s. The proposal was to utilise the three 20-minute track sessions and a controlled wet-weather figure of eight examination followed by a wet emergency stop.

For a tyre that has only a 10% track focus I was a little hesitant to give any kind of early beans on the more sporty of the two green machines. That reluctance lasted about half a lap before the instructor was showing us how much edge grip was immediately on offer by turning quickly and getting the bike cranked over far enough to get his knee down. The Dunlop SportSmart Mk3 really did warm up quickly.

Running road pressures of 36psi in the rear when cold, the measurement after half-a-dozen laps or so was up to 42.4psi. Not only does it warm up quickly but Dunlop were conscious that the quicker journalists would overheat the tyres on a circuit like Parcmotor with such elevation changes.

Turn-in grip and steering effort seemed to be enhanced and the edge grip was excellent. I’ve never been an elbow-down kind of a guy but I felt so confident that around the long 4th gear, 70mph, left-hander I had the confidence to get the ZX-6R banked right over. And if that wasn’t enough then I committed to trusting its traction control but cranking on the throttle deliberately aggressively on the up-hill exit of the corner. The Dunlop impressively stood firm. Even after 7 laps at that kind of pace the tyre may well have been very warm but the lack of bobbling was noticeable.

Even though it’s being pitched for riders who have either never been to a track day before or who don’t attend regularly, so long as the overheating can be managed, I can see no reason why one couldn’t ride to the circuit, enjoy the bike for a few sessions and ride home again. I would even argue that Dunlop have underestimated their track ability though it’d be interesting to try these boots when attached to something with 1000cc and at least 30 more bhp than the ZX-6R. 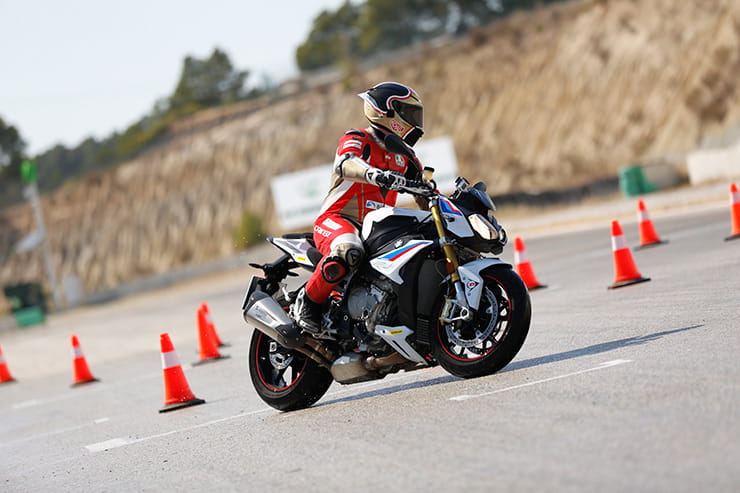 “Top-level wet and dry handling,” said Luca Davide Andreoni, Dunlop Motorcycles’s European Marketing Manager. Which was backed by claims of a 20% gain in rear grip in wet weather over its predecessor, the SportSmart 2 Max. And manufacturers don’t tend to make a claim it can’t prove.

In sunny Spain there was little chance to test these claims on the road, expect when the start/finish straight at the circuit was deliberately soaked once we’d finished on the sportier bikes. Cones were set-up in a figure of eight layout and we were encouraged to perform two laps before heading towards a braking zone at 70 kph (43mph) and jamming on the front brakes. Even after my confidence boost from the circuit, slinging a 160bhp super naked around what was effectively a drenched gymkhana course wasn’t high on my list of awesome things to do. Yet once again I was pleasantly surprised at the stability and predictability of the rubber around the tight ‘8’ and again under hard-braking.

I shall reserve full judgement until I can test then in weather more akin to Britain’s winters but for now, the Dunlop’s look good. 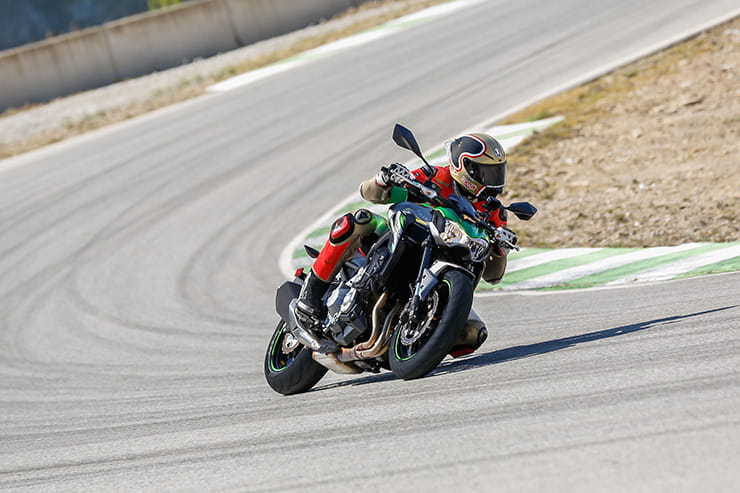 Versatility will be the key to the SportSmart Mk3’s success, certainly not its name by the way. Convoluted to remember in a world full of competition, namely the more circuit-oriented Pirelli Diablo Rosso II, Michelin Road 5 or even Bridgestone S22 to name but a few.

However, the very fact that during an exaggerated road ride and a punishing enough set of track sessions the new Dunlop’s performed more than just admirably. Most tyres will perform well in grippy and dry conditions but there’ll be more margin between the tyres in the slippery low adhesion areas and I believe the process involved with the wet weather enhancements on the SportSmart Mk3 will help it versus competitors.

Obviously in one day I can’t tell you about its longevity, wear or too much about the wet weather performance but on first impressions, motorcyclists have a new, effective and highly capable set of rubber to choose from.