Tested: We Want Your Motorbike review 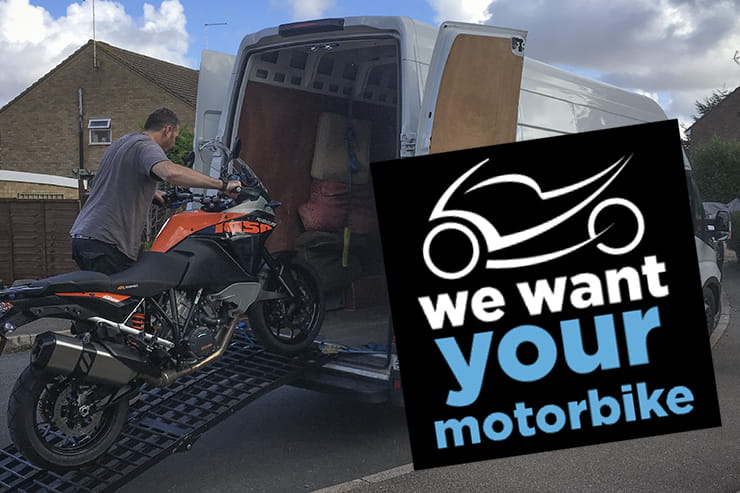 When I decided to sell my KTM 1050 Adventure, I chose about the worst time of the year: Autumn. With the cold, rainy days setting in, fewer bikers are considering buying. Add the excitement of new models being launched and who’s going to be snapping up a three-year-old bike that was replaced by the more powerful 1090, which itself never proved that popular? The argument over why the was 1050 the superior machine is for another article…

Why use a bike buying service?

I priced my KTM lower than any of the others online, but didn’t even get one tentative question. Not a sniff. The market was fairly flat at the time, and local dealers weren’t interested in new stock. After three years of ownership, I fancied a change and had set my heart on a Yamaha MT-10.

How to sell your motorcycle online

I usually use AutoTrader when I sell a vehicle, where I’ve found I tend to get more serious buyers. I also advertised on eBay in this case, but I always include the maximum number of photos, showing every detail and any imperfections, plus spend a lot of time writing a detailed and honest description of the bike.

When it didn’t sell, I could have kept advertising it, or even waited until Spring, but I don’t have the space or the money, so patience wasn’t on my side…

Looking online, I found We Buy Any Bike and We Want Your Motorbike – both use a similar system in that you enter your registration, then a few more details before an offer is sent to you. If you accept it, they’ll come and collect your bike and transfer the money into your account.

We Want Your Motorbike replied on Monday with an offer of £5,000. We Buy Any Bike’s website easily lets you reject a quote because it’s too low, whereas We Want Your Motorbike’s ‘no haggling’ promise seems to work both ways – they’ll make you the best offer, then you take it or leave it.

Offers are held for seven days, and I waited the full week before deciding. I missed a few calls from both companies, but neither were overly aggressive. I soon dismissed We Buy Any Bike as their offer was too low, even when I pointed out that I’d had a better one.

Is it best to sell your motorcycle privately?

Needless to say, any trader needs to make a profit – they’re not a charity – so if you can sell your bike privately, you should make more money than by selling to a dealer. The problem of course is that many people prefer to buy from a shop, where they can get a warranty.

Trading in is another option, though if you’re like me and prefer to pick a bargain up privately, you’re stuck.

I wanted at least six grand for my bike, which had many valuable extras like a centre-stand, Akrapovič exhaust, heated grips and seat, crash protection and a shorter 1190 screen, so £5K wasn’t that tempting at first. What’s key though is that We Want Your Motorbike isn’t interested in any of these parts – they’re valuing a standard bike, and encourage you to put the original bits back on. While I couldn’t take the heated grips or seat off (the switches for the KTM Power Parts seats are drilled into the bodywork), everything else came off, which once sold will see me a lot closer to the total price I was looking for. 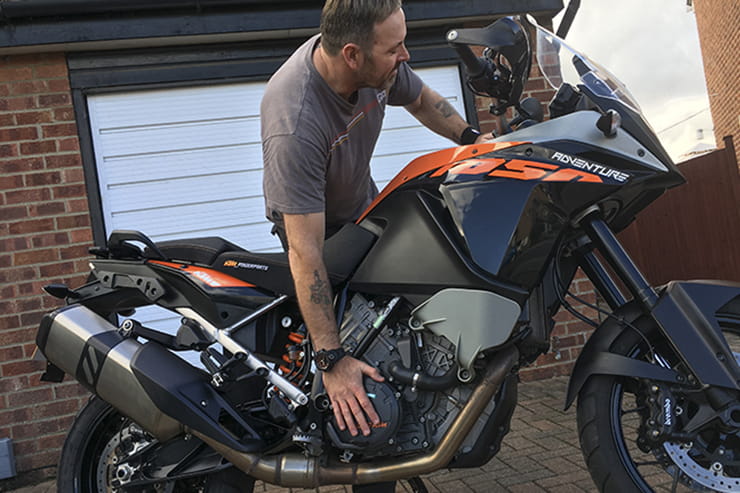 Will they try to knock the price down?

Once I’d accepted the offer from We Want Your Motorbike, I was called and asked a series of questions. Besides confirming I actually owned it, I was quizzed over any cosmetic damage as well as the mechanical condition (the first question was ‘is it a runner?’). Next a collection date was arranged to suit me…

Neil Baguley collected my bike, and the process was quick and simple. He told me that first impressions count for a lot when he – or the 14 other mechanics that travel the country – arrive to collect a bike. Chain and sprockets and tyre condition were first on his check list, but Neil was very thorough, examining wheel bearings, suspension and exhaust, as well as feeling the running engine for any unusual knocks or vibration.

Your bike must be cold, and you also need to ride it briefly to show that the ABS light goes out correctly (if fitted). I was suspicious that small imperfections might be used to reduce the price, but Neil told me this wasn’t the case; as long as you’re honest and open about a bike’s condition when arranging the collection over the phone, the process is usually very smooth.

Of course, like the old Fireblade I once went to look at buying, which had severe crash damaged that’d been described as a light scuff against a wall, some sellers are economical with the truth. In this case, the mechanic who goes to collect the bike will either make a new offer, or walk away.

I never told the company where I worked, or that I intended to review the service – only after the money was transferred did I start asking more questions and take a photo. I hadn’t heard of We Want Your Motorbike, so will admit to being a little nervous – what if they tried to barter me down, could I trust them, would I get the money? Having used the service now though, if you’re happy with the price you’re offered, I’d thoroughly recommend it…