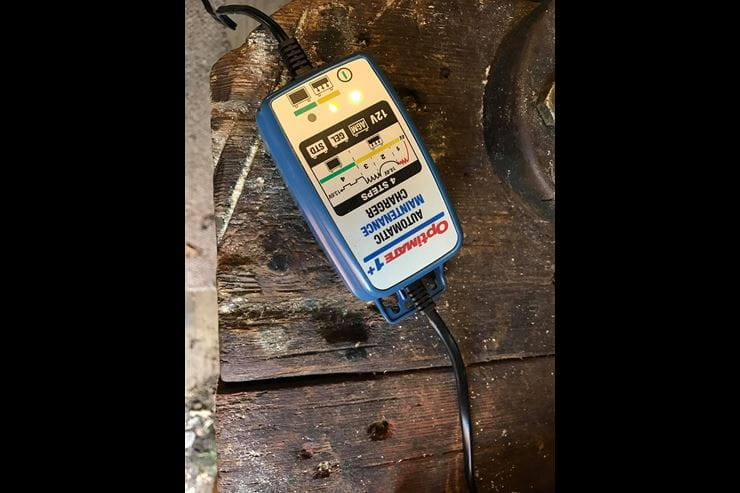 We’ve all been there; we roll out our pride and joy after those long winter months and the thing won’t start. Flat battery. This is exactly what happened to my dad’s Harley Davidson Iron 883.

We didn’t need anything complex in the garage, and the Optimate 1+ Desktop Charger looked the most cost-effective way of keeping our bikes ready for action… 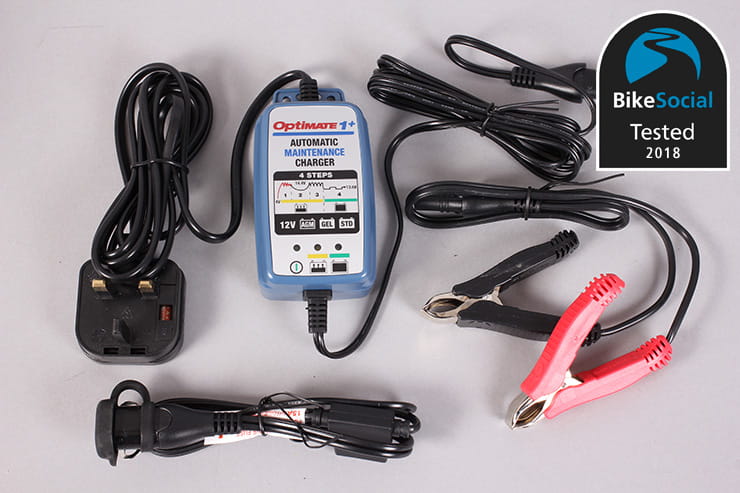 The Optimate 1+ charger is a well-designed, compact piece of kit. Its case displays some clear charging instructions, with three lights that alert you to different stages of the process.

If the charger is something you plan to use on a more regular basis, Optimate has fitted some handy wall mount holes to the case. I opted instead to use the strap slot to hang the charger from the bike, which made it easier to put away after we’ve used it, and to move between bikes.

The case is dust-proof (but not waterproof for outdoor charging), and has a 6ft supply lead and 6ft charging lead, so it’ll reach across the garage well. It’s safe to leave it permanently connected to your bike, it won’t spark when connecting, and it’ll shut itself down if short-circuited or disconnected. 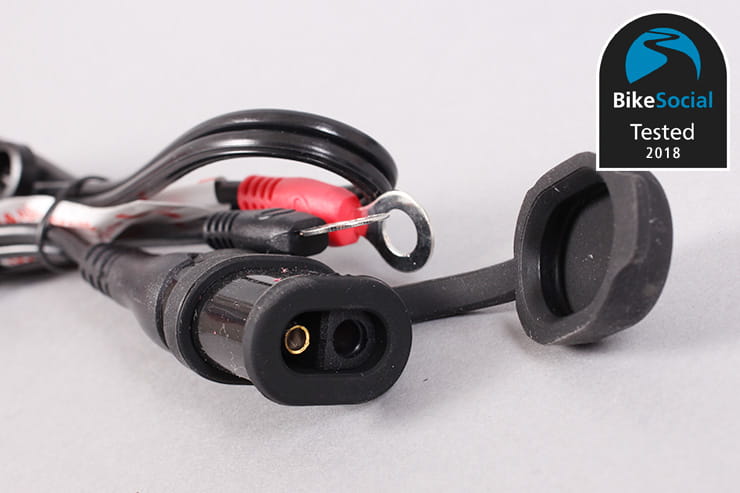 I was really impressed with how easy the charger was to set-up. I’m sure I’m not the only one to be a bit apprehensive when electricity and live leads are involved, especially when plugging into a bike.

However, the instructions and labelling of the clips was pretty fool-proof and after plugging the crocodile clips to the charger’s SAE connector (which can’t be plugged in the wrong way), the display was quick to tell us that it was working correctly. A green light proved the polarity was correct and a yellow light showed it was charging the battery.

Also included is a fused fly-lead to attach to your battery. This terminates in a protected SAE connector that you can leave somewhere handy on the bike (just under the seat or behind a panel for instance) – this saves you faffing with the crocodile clips, and as you can easily buy more of them, you can fit them to any bike you want to be able to plug in for a charge. 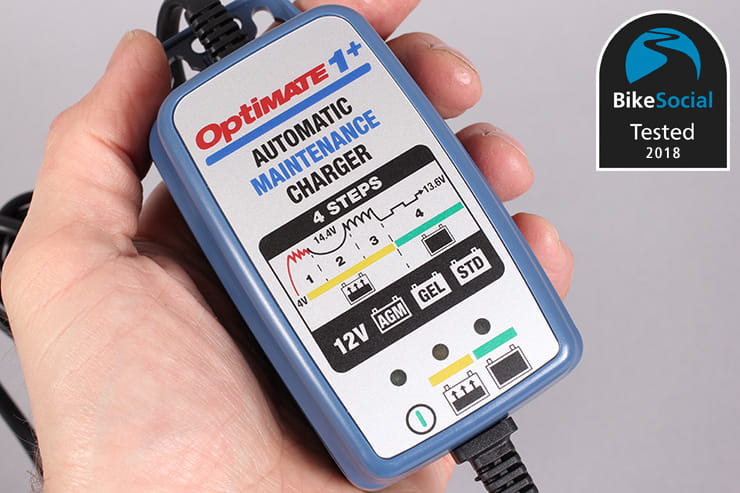 We left the Optimate charging the bike for a total of eight hours, and within this time the it had successfully revived and fully charged the battery. Compared to a previous old charger we were using (which took over 24 hours) we were very happy.

It’s important to note that the 1+ doesn’t have the recovery mode of some of Optimates more expensive chargers – a deeply sulphated battery might not be charged by the 1+, but Dad’s battery charged fine.

The output current is 0.6A – so to charge the Harley’s 12A battery from utterly discharged could take up to 20 hours.

There’s no doubt about it, a flat battery is a pain and the charging process can usually be long and arduous. Connecting the Optimate 1+ to your bike when it’s put away takes a lot of this stress away and there’s very little I can fault it on. The only problem will be remembering to plug Dad’s bike back in after I’ve been using it on mine…