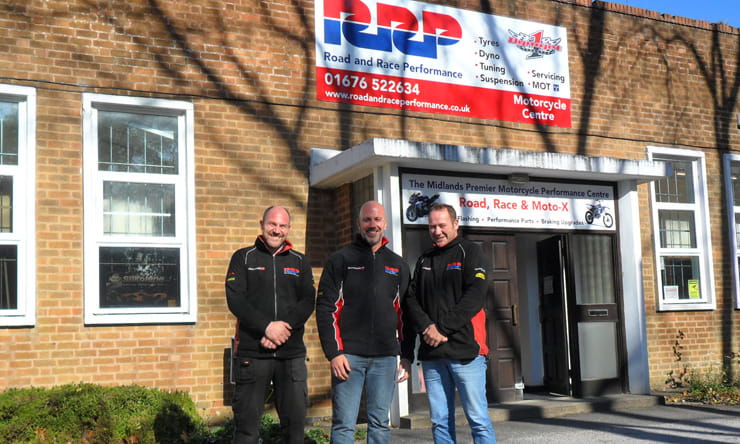 A few years ago I bought and started rebuilding a beautiful (to me, at least) Ducati 600 Supersport. Others might have scoffed (Bologna’s baby L-twin never had much of a reputation for performance or longevity), but to me, still riding on L-plates at the time, it was a dream bike. And now, it’s road worthy, taxed, insured and MoT’d. But I really wanted to check if the bike was as happy internally as I hoped it was.

Having met Simon, one of the three partners at Road and Race Performance (RRP), at a recent Bennetts customer trackday, a plan was hatched. Two weeks later me and my bike are waiting outside RRP’s premises like a man taking his child to the dentist. Let’s see how many horses had bolted since the bike was rolled out of the factory. 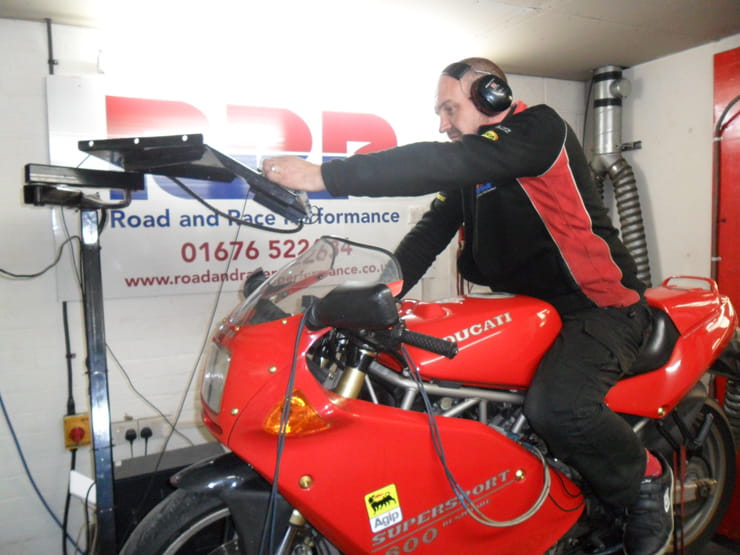 RRP has only been around since 2015 but all three partners have been working in and around the motorcycle or motorcycle racing industry for a combined period of 40-years.

The location of the workshop is about as close the centre of the UK as you could get - 10 minutes from the M42 and M6 and 200 yards from the A45 situated in the old Triumph Meriden factory buildings. They are also the only approved Dynojet tuning centre in Coventry, Warwickshire and the West Midlands. 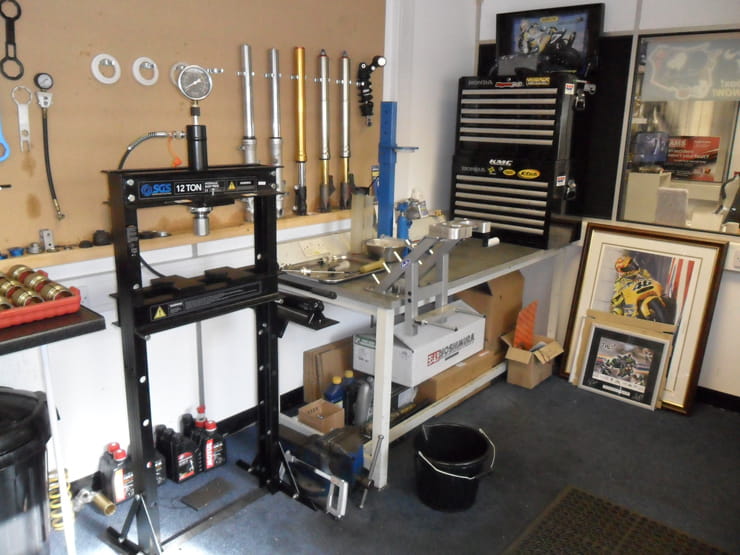 Along with the Dyno RRP offer gearbox builds, suspension adjustment and engine builds to BSB spec

Nick is the founder of RRP and handles the majority of the work on the Dyno. A former racer and  Honda trained technician with over 20-years’ experience working on road, race and motocross bikes. It’s rumoured that he passed out of the Honda technical academy with the highest marks in Europe – not that he’d confirm this, he’s too modest.

Stuart is former team owner at TW2 Motorsport who went on to join MSS Kawasaki which became the official Kawasaki BSB team. Has worked with Michael Rutter, Stuart Easton, Alex Lowes and Gary Mason to name a few.

As a kid he played on trials and motor cross bikes and raced enduro for 15 years. Avid fast-group track-day rider since the very first track day organised by Performance Bikes Magazine in 1990. Has passion for 500cc two-strokes, and currently owns a Bimota V-Due, an RG500 (in an RS250 chassis, built by RRP) and a 72 bhp TZR250. 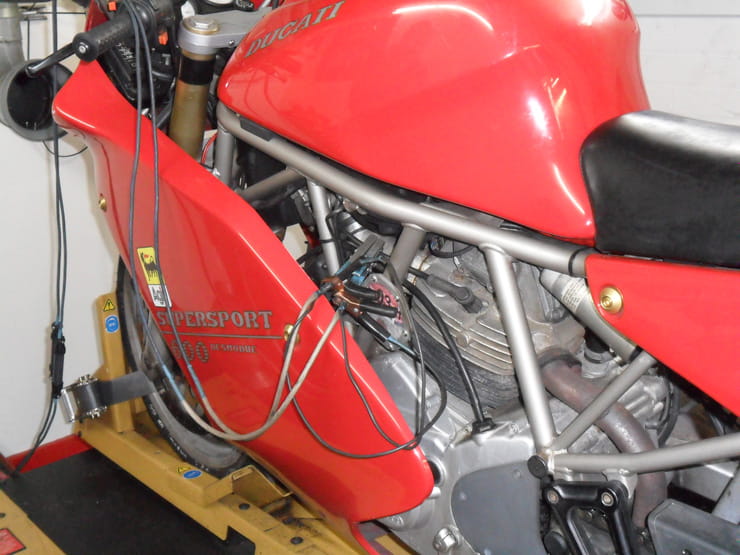 What did it do mister?

I’d booked in for a simple Dyno run and fuel evaluation which costs £45 +Vat and includes Dyno runs at various throttle positions to analyse what the Air Fuel ratio (A/F) is all the way through the rev-range. Nick gives you a full debrief to understand the graphs and advice on how to improve the performance. If you need more help, RRP can do the work for you.

My ageing Ducati hadn’t faired too badly. It peaked at 47.47 BHP and given that the quoted power output when new, and probably measured at the crank, was 53 BHP - I was more than happy. I thought that Nick would have been more interested in the BHP figures that the Dyno was showing but it’s the A/F ratio that matters most to him. “If you get the ratio right the BHP will follow.” He said. That’s the point that stuck with me, it’s not about making a set BHP, more about optimising how your engine is running to achieve the best possible BHP for your engine.

The A/F assessment showed that my bike is running slightly too lean. When the carb needles move from the pilot jet to the main jet the A/F ratio has slightly too much air making the engine underpowered but also, more annoyingly, giving the bike a massive flat spot at about 5000rpm. Nick recommended fitting a Dynojet kit as the needles included in the supplied may give better performance and will have more adjustability. This means you can optimise the fuelling right the way up the rev range. The Dynojet kit costs £114, once I’ve got it fitted I’ll be taking the bike back for another run to see if any of the horses can be coaxed back into the paddock! 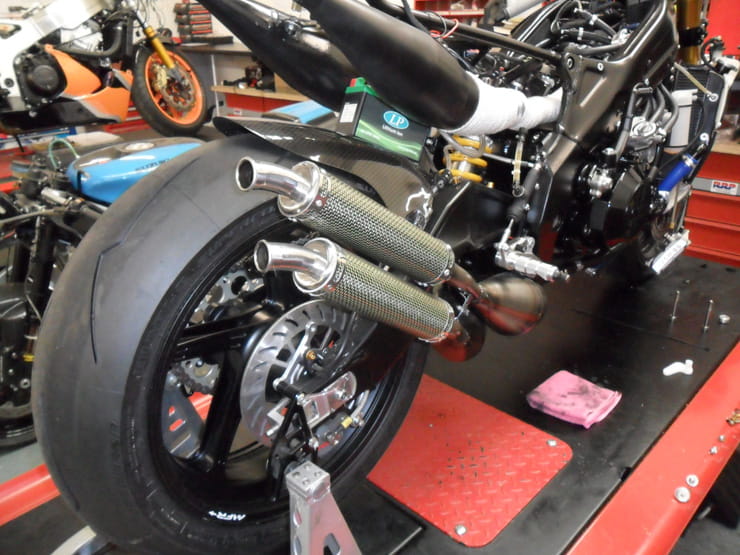 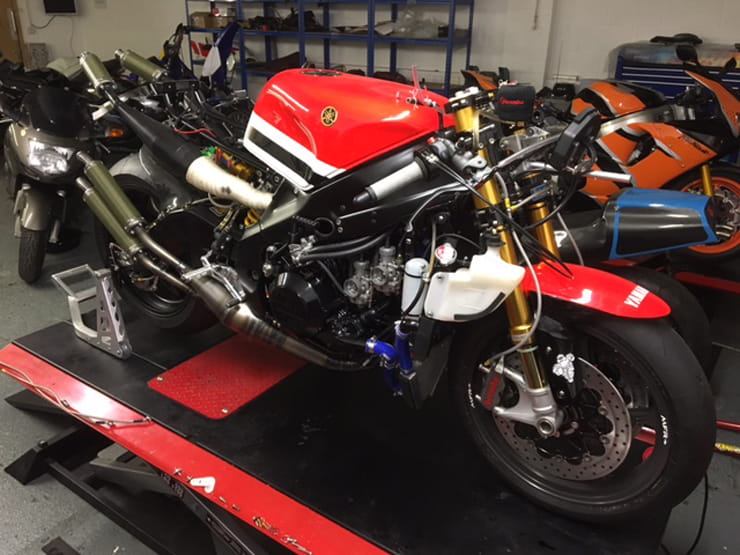 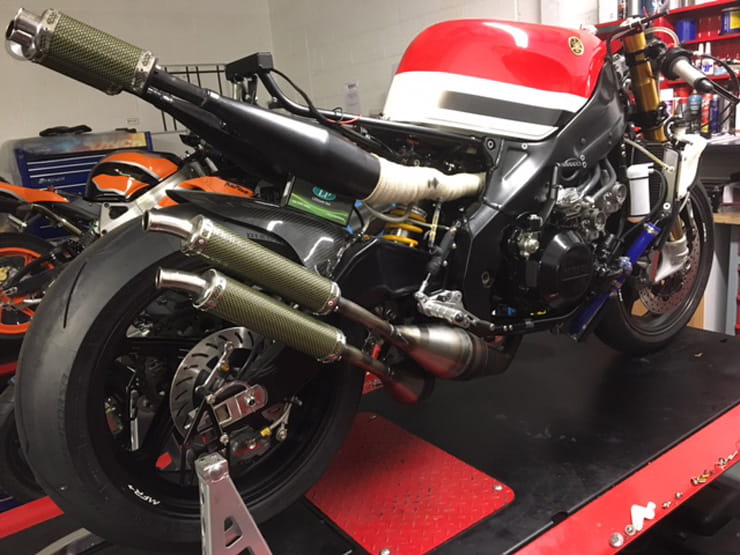 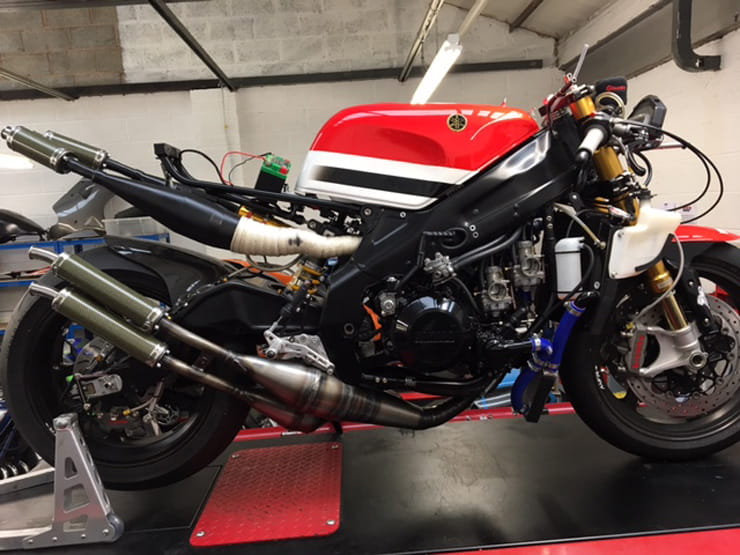 A Yamaha YZR500 replica that is nearing completion - stunning

What is a Dyno?

A Dynometer (Dyno for short) is a device that can measure torque, power output and fuelling. Sometimes referred to as a rolling road, they use a rotating drum to act as the road which spins at the same speed as the rear wheel of the bike does.

Before Nick runs my bike on the Dyno he marks off three black lines on the right hand handlebar, one for ¼ throttle, one for ½ throttle and one at ¾ throttle. This means that the Nick can make four accurate readings of the engine’s performance (including full throttle) and help to spot any problems along the whole of the rev range, not just at the top end.

The Dyno is hooked up to the bike’s plug leads, the pulses of electricity that flow down the plug lead can be counted by the Dyno, meaning that the RPM can be accurately measured and peak torque can be calculated. Finally, the aptly name ‘Sniffer’ is placed in the bikes exhaust. This probe can measure the spent exhaust gases. A process of magic can then calculate what the A/F ratio is. The A/F ratio that Nick was aiming for was a around 13:1 to 13.5:1, this means there is 13 parts of air for every one part fuel. This can change slightly by engine configuration, fuel delivery method and vehicle application but as a starting point for an already slow and low powered bike, it should be about right.

An engine that runs to lean will typically burn (and run) hotter than one that is fuelling correctly. Modern fuel injection systems monitor the A/F ratio and adjust the fuelling to suit – this happens automatically while you are riding and you probably don’t even notice it – carburettors need to be manually set up to change the amount of fuel and air being delivered to the engine.