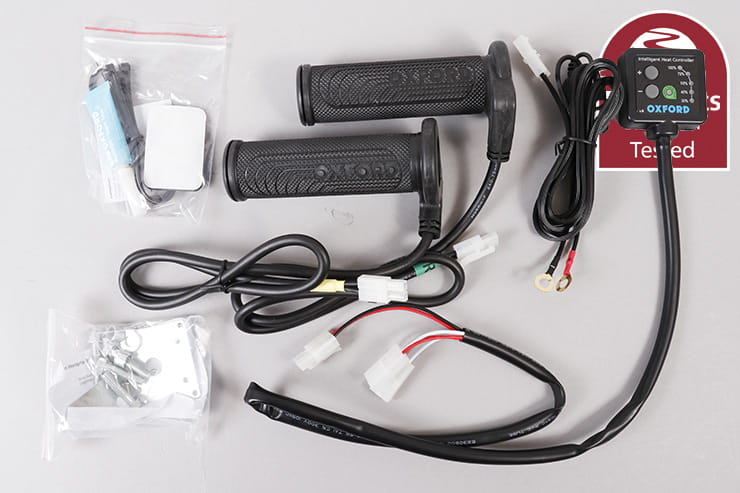 The Oxford HotGrips Premium Sports heated grips on review here are designed for 12V motorcycle systems and feature five heat settings. We gave a set to Bennetts Rewards member Kai Watts to test on his Lexmoto LXR 125cc, which he uses every day for commuting, as well as for weekend rides out. 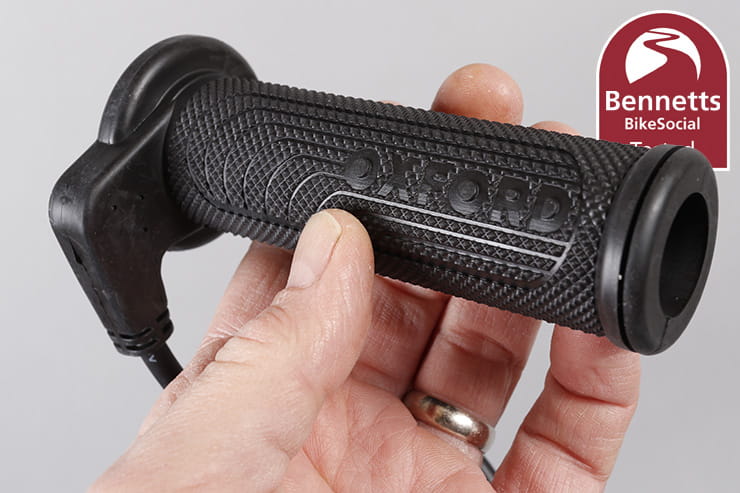 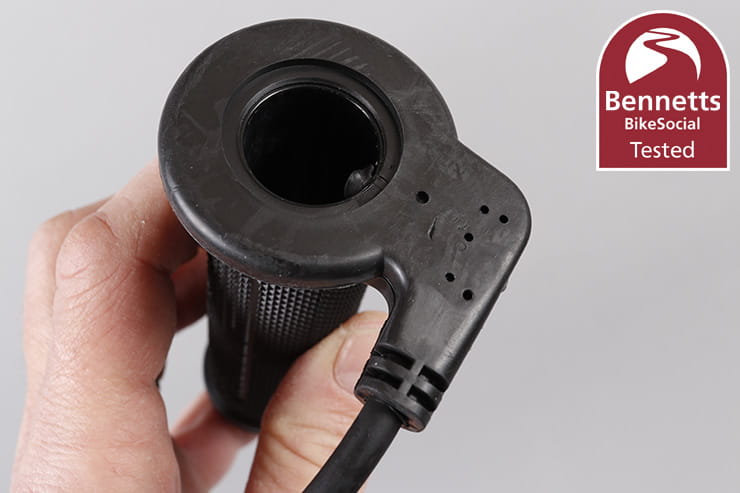 We wanted Kai to fit the grips himself for the review, so here’s how he got on…

“As a complete amateur when it comes to riding, fixing and modifying a bike, the process was more time-consuming for me than it would be for many.

“The supplied instructions are detailed, though there aren’t many illustrations, so as a newbie I found it helped to follow some YouTube videos; the tutorial I found showed the guy fitting them in less than half an hour, so use that as a guide for more experienced buyers. It took me an hour to work out how to remove my KTM’s seat, and another hour before I had the side panel off.

“The original left grip practically fell off the bike once I’d removed the bar-end, but the right one had to be cut off. Using the supplied super-glue, the heated grip went on the left bar perfectly, but the right simply wouldn’t fit. Unfortunately, in my inexperienced haste I accidentally snapped the throttle tube, so had to buy another from Chinese Motorcycle Parts Online, which is owned by the Lexmoto importer Llexeter. Fortunately, it was only £6, and after carefully trimming a little of the excess plastic off the tube, the grip slid on much more easily.

“As there are only the two wires fitted direct to the battery, I just needed six cable ties (four were supplied) to keep everything tidy. Having watched the YouTube video, the instructions made sense and were easy to follow.

“A bracket is supplied for the control box, but I couldn’t find anywhere suitable to fit it, so opted to use the double-sided foam pad to stick it direct to the bike’s top yoke.”

It’s worth stressing that it’s very important to position the grips in such a way that the cables aren’t put under strain when turning the bars, or when opening the throttle – check the full travel very carefully before glueing them on as you don’t want to be pulling on the wire where it exits the grip. 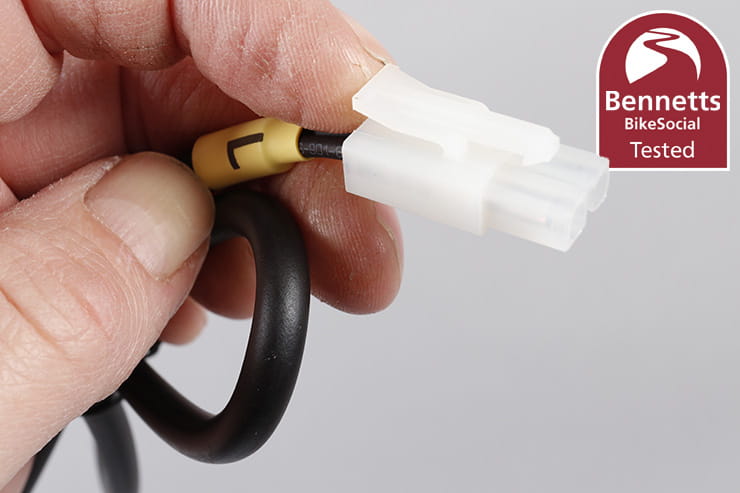 Pulling a claimed average 3.6A, with a maximum of 4A, the Oxford HotGrips should be fine with most motorcycle alternators. If you have other electrical accessories, it’s worth making sure your system can handle the current draw, but if in doubt, check the spec for your bike, ask your dealer, or put a multimeter across the battery while the engine’s running and check that the charging voltage is maintained when the accessories are turned on.

Before sending the grips to Kai, we tested the current draw using a 12V power supply; keeping in mind that they’ll actually run at a little over 13V while the bike’s running, so the current draw will be a touch higher, we measured 3.29A at full power.

Because the HotGrips are wired direct to the battery and are powered up by pressing the button, rather than flicking a circuit-breaking switch, there is some continual current draw. Oxford claims the controller pulls just 0.071mA in standby mode, and given that we were unable to record any current draw in our testing, this seems very realistic. A 3.5Ah battery like that fitted to Honda’s MSX125 would take more than 2,000 days to discharge at this rate, so it’s really not worth worrying about.

Heat is regulated using a switching mode controller, which basically means that it very rapidly turns the power on and off at different frequencies to control the heat output; the lower the frequency the less the heat.

Pressing the ‘plus’ button on the controller turns the unit on at the lowest 30% setting. Pressing it again cycles up through 40%, 50%, 75% and 100%, or press and hold the button to jump straight to 100%, which is best for a quick warm-up when starting the bike.

The ‘minus’ button, unsurprisingly, cycles the power down then off, or press and hold it to turn the grips off immediately.

By default, ‘Battery Saving Mode’ is enabled, which automatically turns the grips off if the battery voltage drops below 11.5V or if the unit doesn’t detect the electrical ‘noise’ of the alternator for more than two minutes. Basically, if you do leave the bike and forget to turn the grips off, they’ll shut themselves down.

The Oxford HotGrips power-saving feature can be disabled by pressing and holding both buttons for five seconds with the unit turned on. 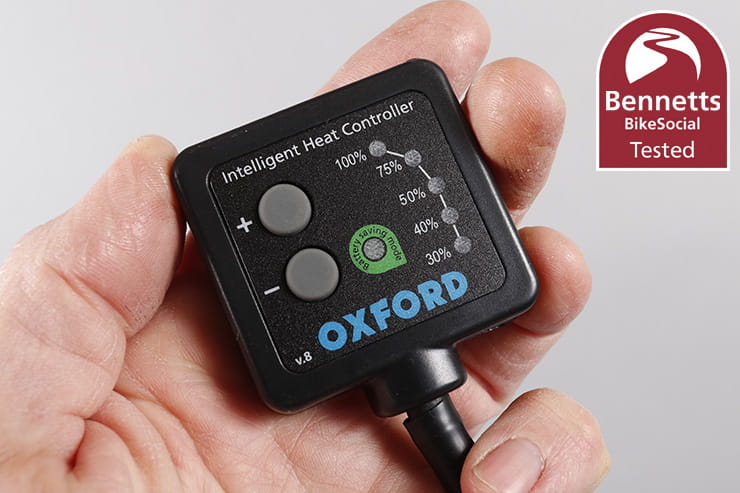 Are heated grips worth it?

Heated grips will of course only heat your palms and the bottoms of your fingers, which is why some riders also use heated gloves, which heat the top of your hands.

If you’re riding in very cold weather for a long time, it’s worth considering fitting hand guards, as these deflect the wind that drags so much heat away. If you want to go further, you could fit some bar muffs, like these from Oxford.

Heated grips do more than just keep you comfortable – they’re a genuine safety feature, keeping the feeling in your hands that can be lost all too quickly in cold weather. They’re not a substitute for winter gloves of course, but even in Spring and Autumn they can make riding far more enjoyable in lighter-weight kit. 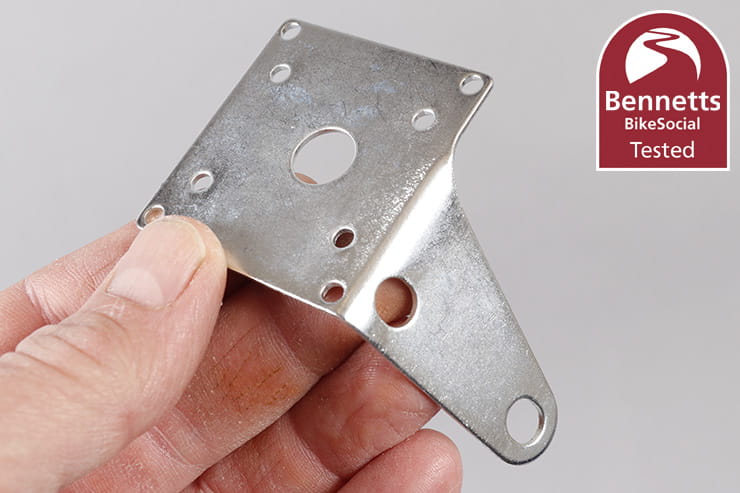 Can you use heated grips with waterproof gloves?

Most waterproof membranes used in motorcycle gloves have tiny holes that won’t let water through, but will allow vapour from sweaty hands to pass from the warm inside of the membrane to the cooler outside. Unfortunately, heated grips can warm the moisture that gets trapped in the glove’s outer, turning it into vapour that can then then passes through and onto the relatively cooler inside.

Hand guards will reduce the amount of rain that can reach the gloves, but if it does occur, it’s only an issue for extended rides in particularly bad weather. Still, it’s worth being aware of if you have heated grips and suspect your waterproof gloves are failing; you have a choice then – warm damp hands or cold dry ones! 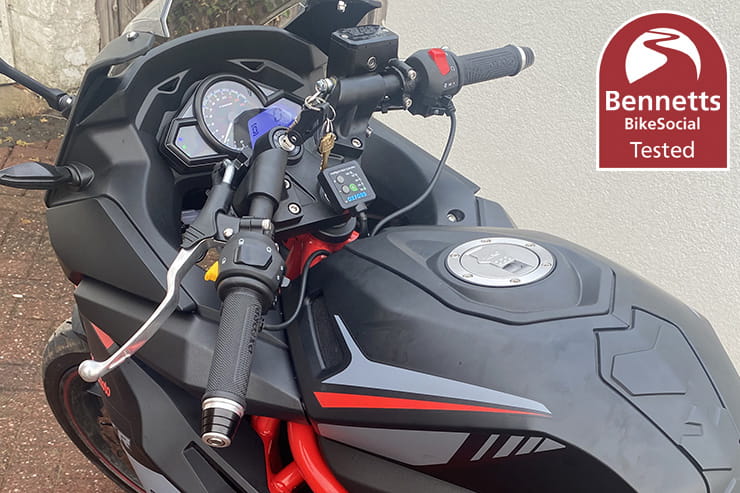 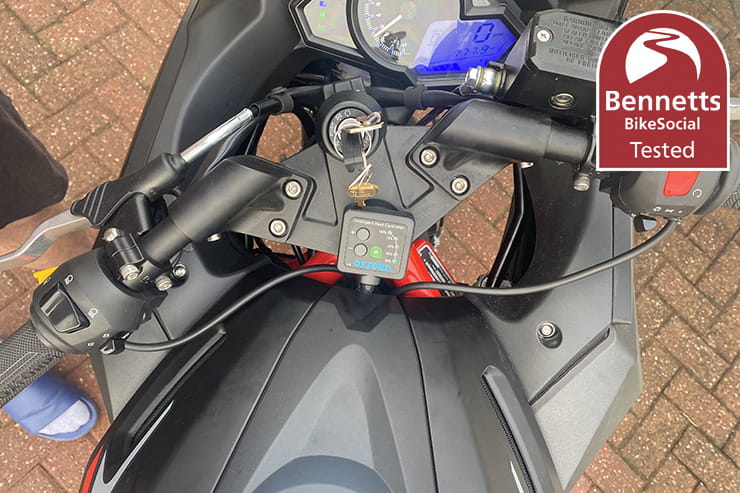 Oxford has been selling its heated grips for a long time, and they’re proven extremely popular and effective for many thousands of users, from couriers to adventure riders.

They’re available in a variety of styles to suit sports, retro, touring and cruiser-style bikes, with spares also readily available. It’s worth pointing out that they’re also often available at significantly less than the RRP of £79.99. Here’s what Kai thought of them…

“I find the lowest setting to be too low as I can barely feel it in winter, but pumping it up to 75% gives me all the heat I need. I don’t have the thickest winter gloves, so if you have some really well-insulated ones you’ll likely find full power to be fine, but for me it’s simply too hot… these heated grips really do work well!

“My hands are so much warmer and more comfortable now, so I wouldn’t hesitate to recommend the Oxford HotGrips to anyone riding in the cold. They also offer much better feel than the originals, which is a bonus.”