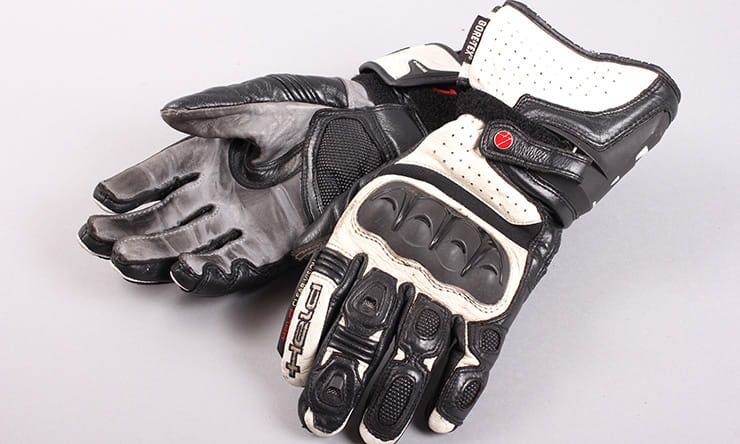 I’ve worn a few gloves over the years that claim to be waterproof race gloves and most of them are okay at the lightweight feel thing, reasonably waterproof, but not quite as easy-fitting as pure race gloves, never quite comfy enough and not all passed the tear test. These Held Gore-Tex, vented, leather race gloves are the closest thing I’ve found to credible summer gloves that are also waterproof and just about warm enough to be two-and-a-half season gloves. And that’s a big improvement on most of that competition.

The construction is complex using Gore-Tex, Cordura, kangaroo, something called ‘Superfabric’ and plastic knuckle protection, but the finish and detailing is superb with added protection on every likely impact or abrasion area. Whoever designed these has a good idea of what happens in a motorcycle crash and I like that. 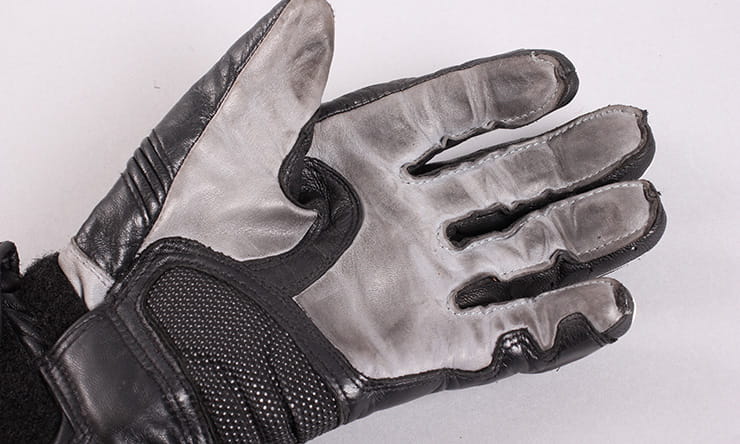 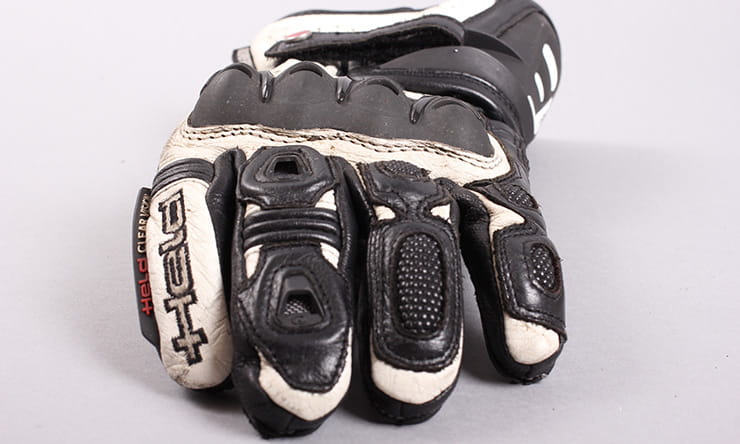 They’re a very snug fit; comfy when on but need a good tug to get on and off, even with all the straps undone. Which is a good thing because protection is more important than ease-of-use. The fastenings at wrist and cuff are both secure and the vents do a good job of keeping my hands cool, even riding through Death Valley last summer.

They might be Gore-Tex lined, but there’s no padding, so there’s no expectation that they’ll be noticeably warmer than summer gloves. And they’re not. October riding on a bike without heated grips was noticeably chillier in these than in my usual winter gloves. That’s an (obvious) observation, rather than a criticism, but these are waterproof summer gloves, not really three-season. 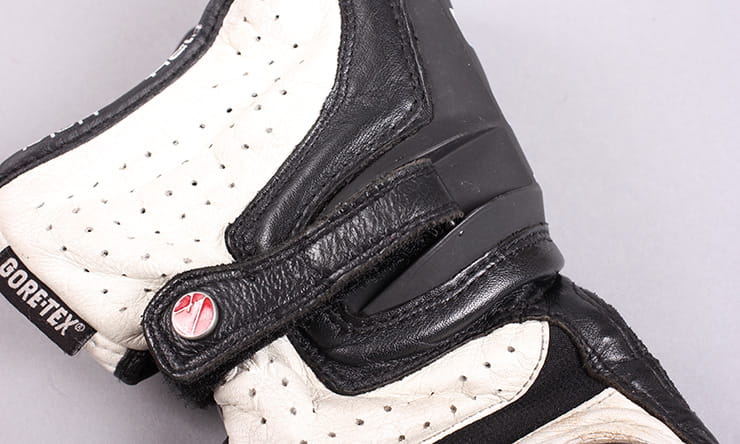 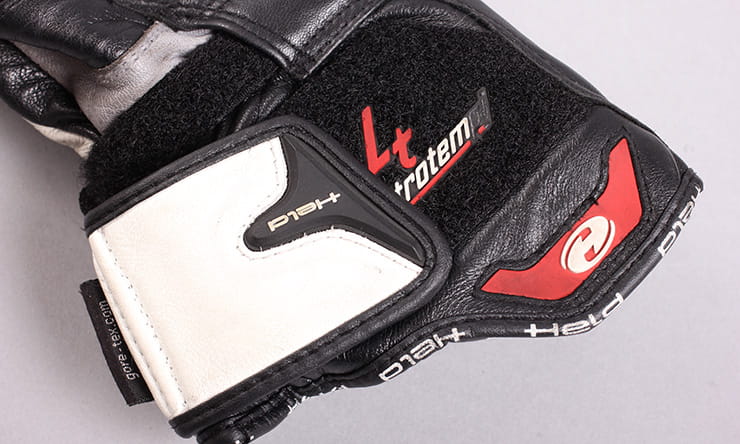 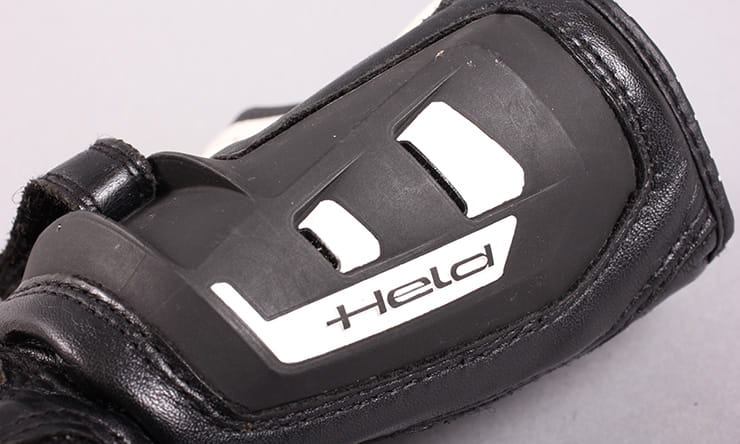 Back in the nineties I worked on a mag with a vicious product-testing ethic. No one could write a glove review without the product editor first grabbing said mitts and aggressively trying to tear the stitching or the often-flimsy leather apart. Harsh, especially on your new glove, but fair. I still do it, even now; why wouldn’t you? It’s something continued by BikeSocial’s consumer editor too. Come off a bike and chances are it’ll be your hands that touch down first. The Held gloves passed that test when new and yesterday, after two summers and roughly 20,000 miles of use.

Wrist and cuff straps are surprisingly effective. The wrist one in particular holds the glove in place very tightly. 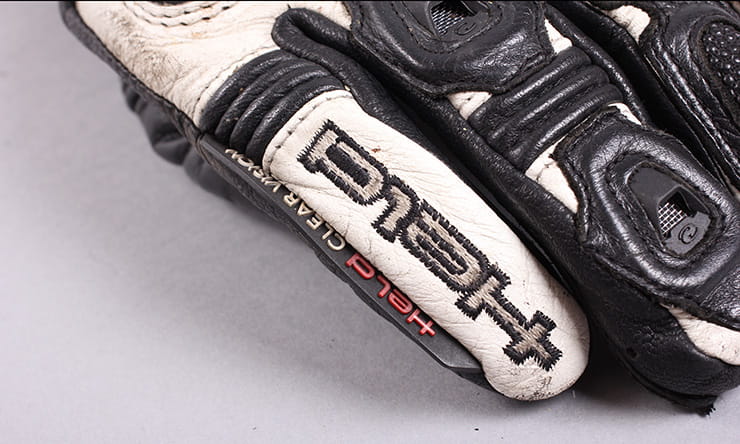 So far they’ve been waterproof every time they’ve got wet including a couple of 100 mile downpours. Even better is that even when absolutely wringing wet the inner liner stays put. If you’ve ever spent an hour trying to refit the liner into a sodden race glove you’ll understand why this is such a good thing.

I’m also very pleased to find a visor wiper blade built into the finger – an essential on any glove!

The Gore-Tex lining keeps water out effectively and, in the American deserts, didn’t cause me to overheat. 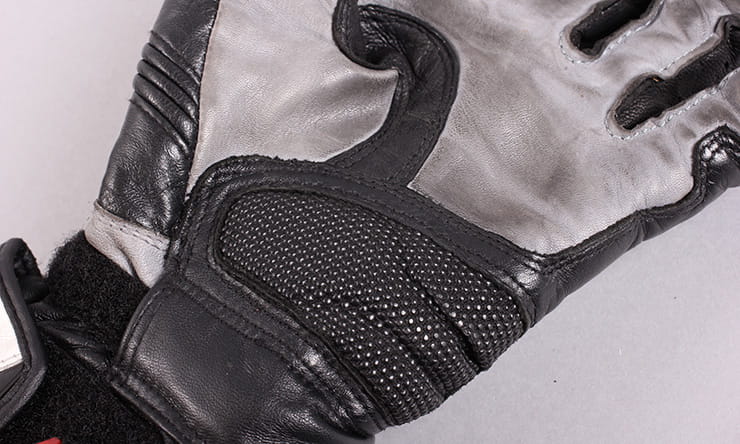 Making a waterproof race glove is harder than it sounds, even in these days of high-tech, breathable linings. Held’s design team put a lot of thought into these gloves and the result is superb performance and durability too. They’re not cheap, but still very good value for the performance.

I only have one niggle. While the palms are a lovely soft Kangaroo leather, there’s an extra panel of synthetic material (the ‘Superfabric’) on the impact area of the palm that, while I’m sure will do a great job in a crash, has already worn the finish off the handlebar-end weights on three bikes this year.

Apart from that I can’t recommend them highly enough.