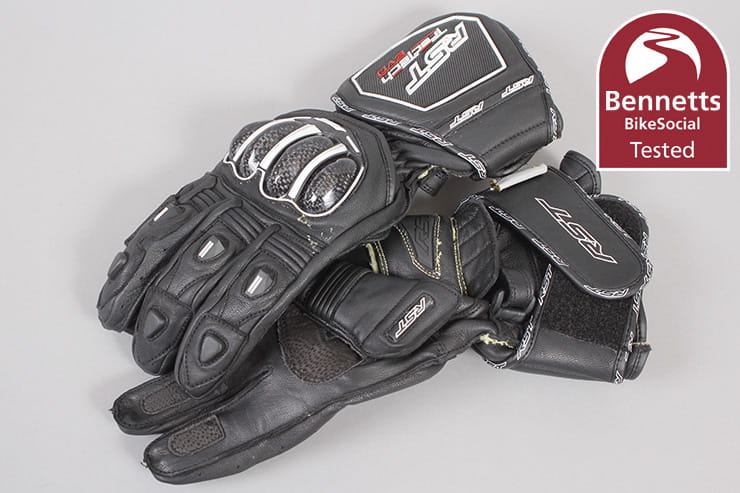 The RST Tractech Evo 4 gloves on review here are the 2021 versions of what have proven to be excellent value and suitable for far more than just track riding.

Having used the previous Tractech Evo R gloves (sometimes known as the Evo 3) for more than two years on a variety of bikes, I’ve really appreciated not only their relatively low price, but their great comfort and feel. 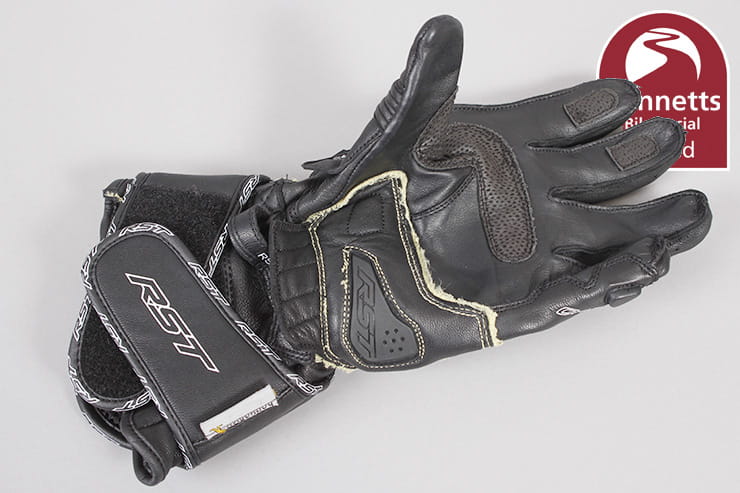 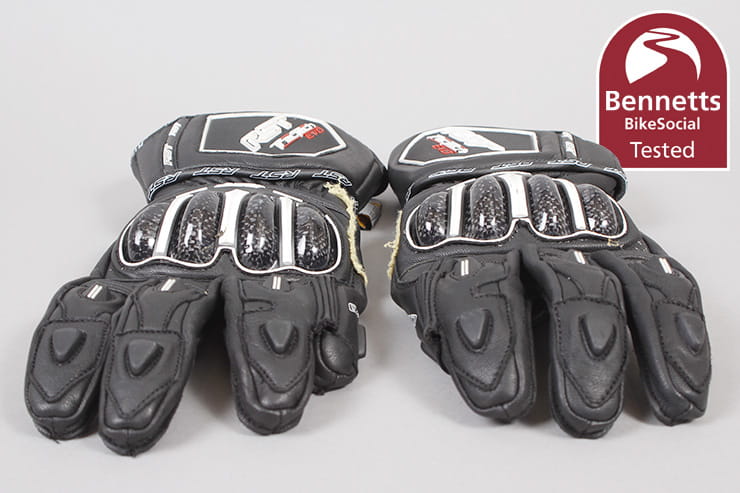 The fit of gloves isn’t quite as important as the fit of a helmet but it’s just as subjective. When trying any on, check the fingers are the right length – no flapping ends, but that they don’t dig into the webbing between each finger – and also that the palms aren’t loose. It’s vital that once fastened they won’t pull off, but we’ll cover that shortly…

Like the last model, the new Tractech Evo 4s fit my hands perfectly, my usual size L being spot-on.

The only fit difference I’ve noticed between these and the older versions (which are still available in some stores) is a stretch panel on the join between the little finger and third finger, which gives a bit more movement. 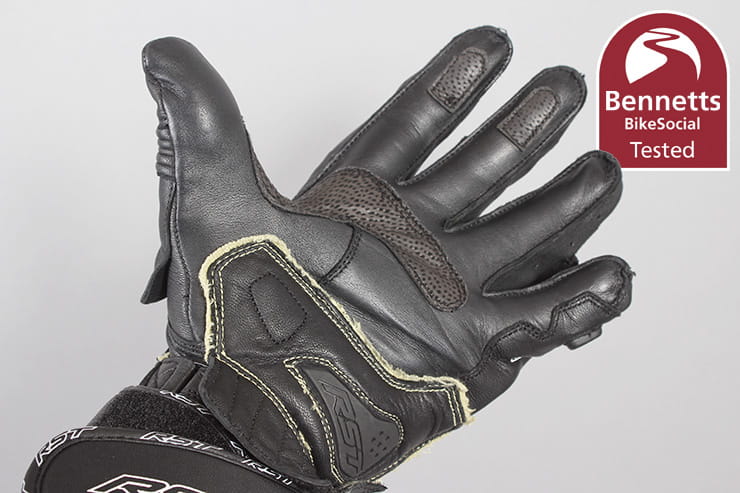 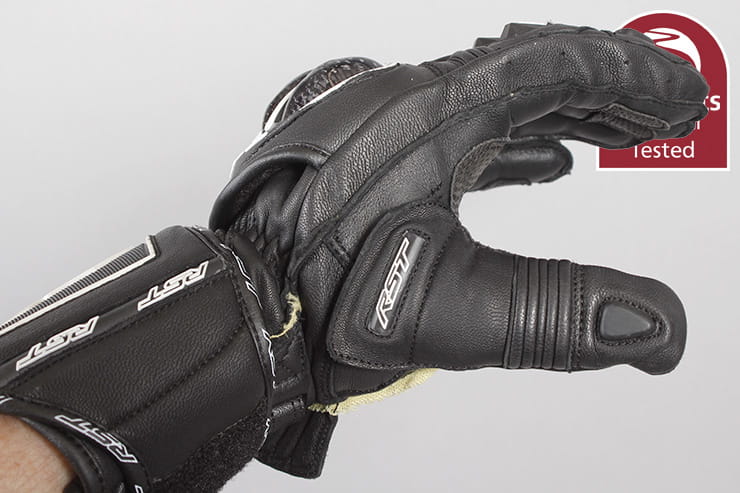 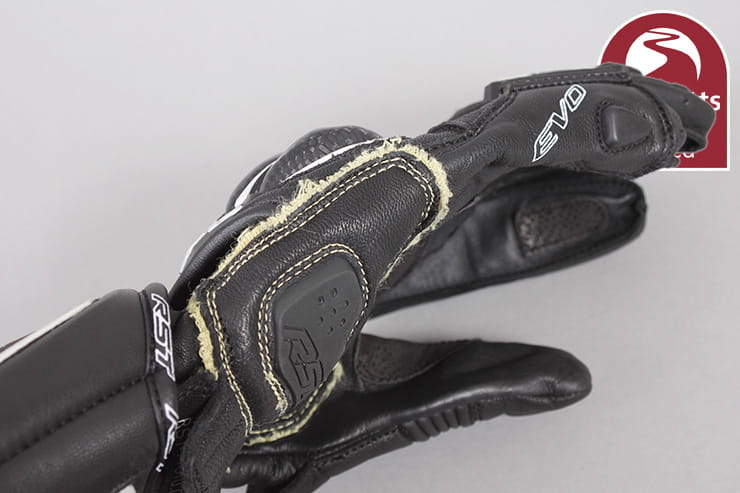 Unfortunately, like the last model, there’s no touchscreen compatibility built into the Tractech gloves – something I’d love to see on future releases.

Of course, that would put the price up on a pair of gloves that are designed for track use (not much need to use Google maps around Cadwell), and it doesn’t affect interacting with a TomTom or Garmin, but as more riders use phones on their bikes – especially with the excellent Calimoto – it’s something I’d certainly appreciate.

Warm and cold weather use

These aren’t winter gloves, but as soon as spring warms up they’re fine on most bikes (of course, I do have the luxury of heated grips on my XR).

The RST Tractech Evo 4s are perfect for British summers in that they’re not too ventilated. There are holes down the sides of the fingers to let some cool air in, but the vents that were on the tops of the fingers have been replaced with soft protectors. Still, they didn’t actually do anything so they’re not missed.

Those small holes are a little roughly punched at times, but these are relatively budget gloves and they’re no worse than the previous ones, which haven’t been a problem.

I did notice some dye leaching from these – it doesn’t last long on the hands but it occurred even with no sweating or rain to exacerbate it. Judging by my old pair though, this will stop being an issue over time. 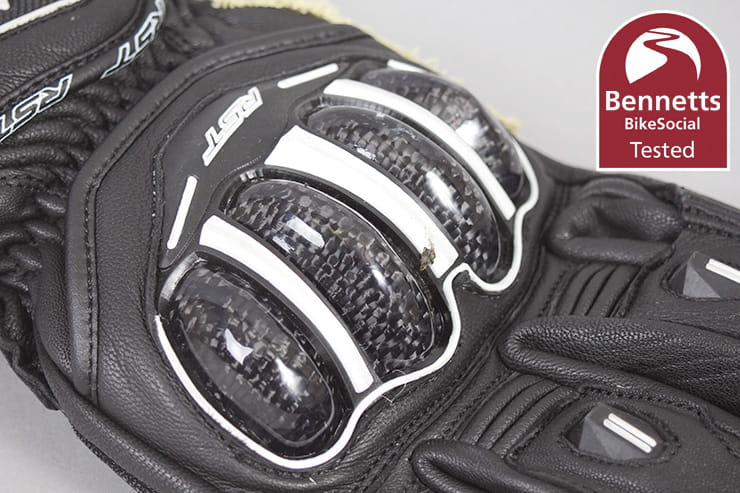 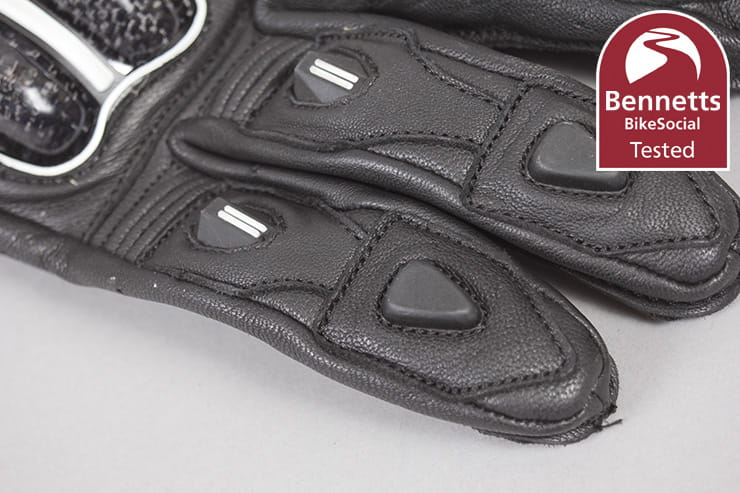 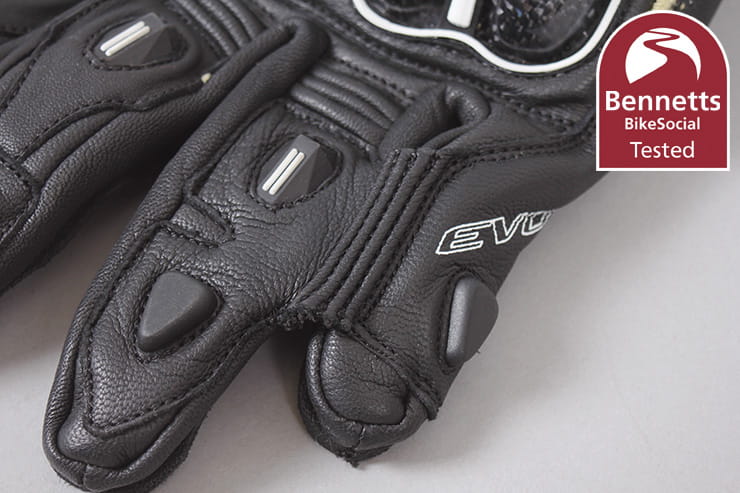 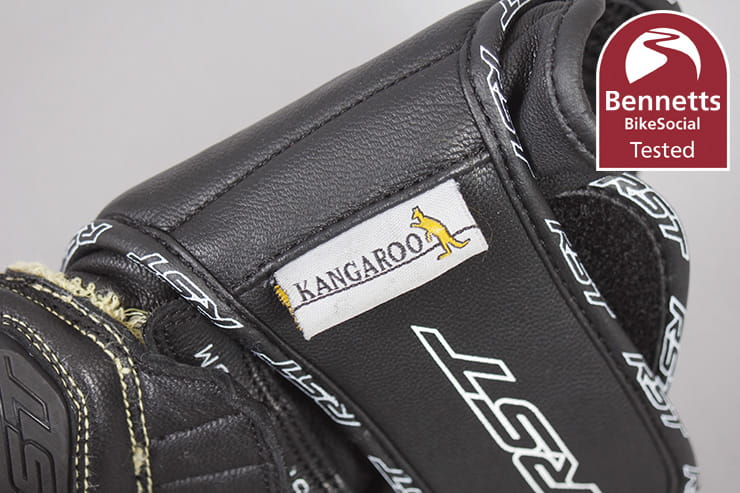 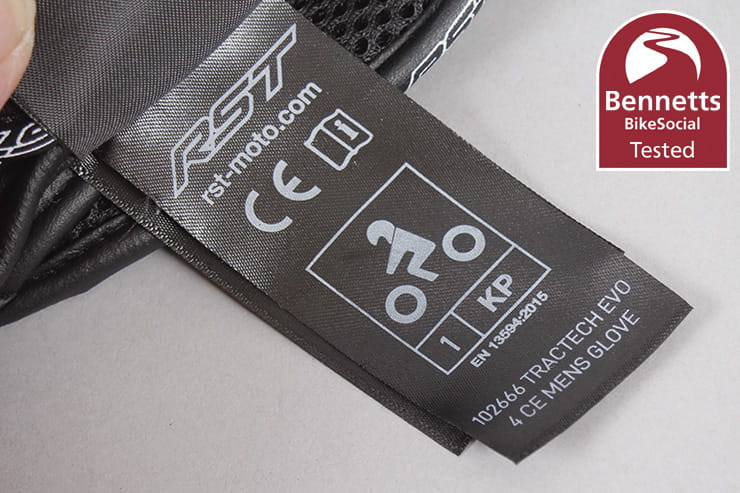 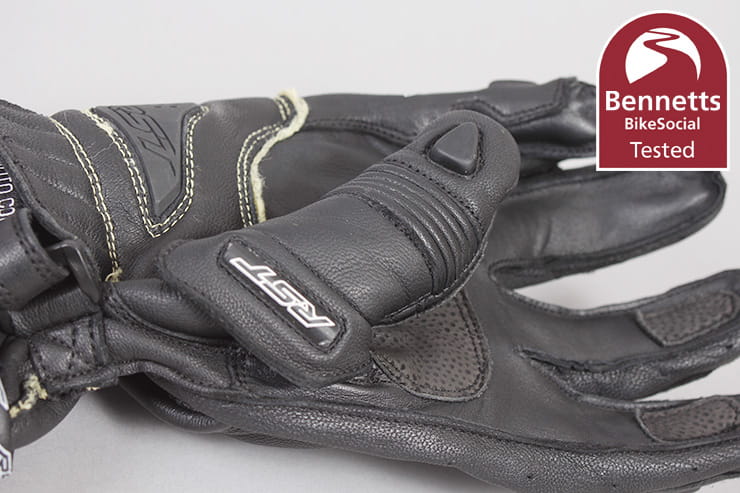 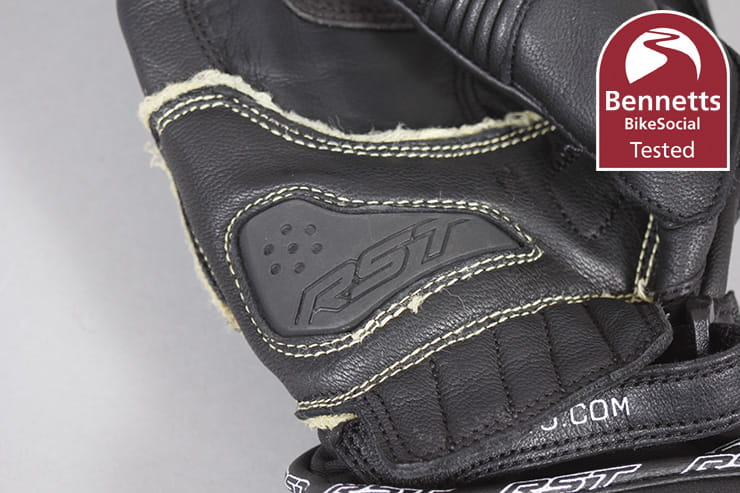 All motorcycle gloves must be tested to EN13594:2015, and the RST Tractech Evo 4 – which are made of cowhide and kangaroo – reach Level 1 (Level 2 is the higher standard). The carbon fibre knuckle protectors are included in this test, and with the Kevlar lining across the backs of the gloves, as well as in the main impact area of the palm, these do inspire a lot of confidence. Hopefully we’ll see them tested by the superb MotoCap website in Australia at some point in the future.

Beside the retention between the little and third fingers – to reduce the chances of a break – the outside edges of the gloves have additional layers of protection.

The knuckles are well padded below the carbon-fibre outer while there’s a slider on the palm to help reduce the risk of breaking the scaphoid in a slide. This is now double-stitched, where the previous model was single-stitched. 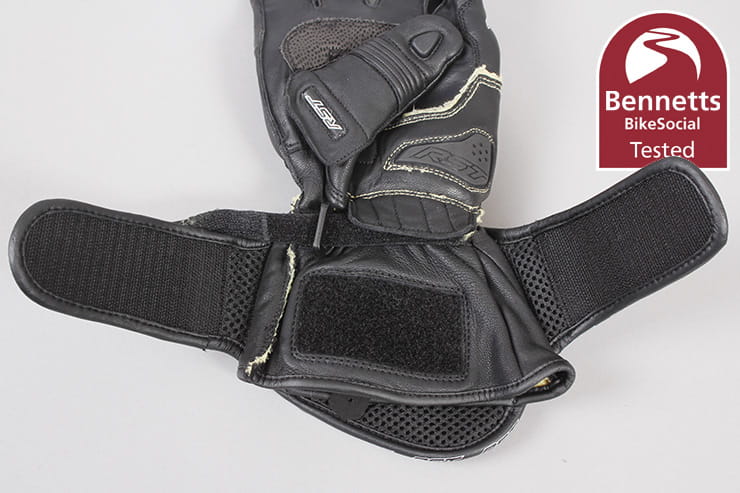 While I had no problems with them, the previous TracTech Evo Rs did have a slightly short pair of cuff straps, which didn’t give quite as positive fastening as they could. The new Evo 4s have solved this with longer and slightly wider hook-and-loop fasteners.

RST seems to have taken this ‘bigger is better’ philosophy to heart and lengthened the wrist strap too. Tucked under a protective flap, this was never that easy to reach, but now it’s more awkward to fasten and release. It’s flared, so won’t pull out of the loop, but I’d have liked to have seen it about a centimetre shorter. Maybe riders with less puny wrists will appreciate it; shall we say 5mm shorter than it is now for next time, which is still 5mm longer than it was? 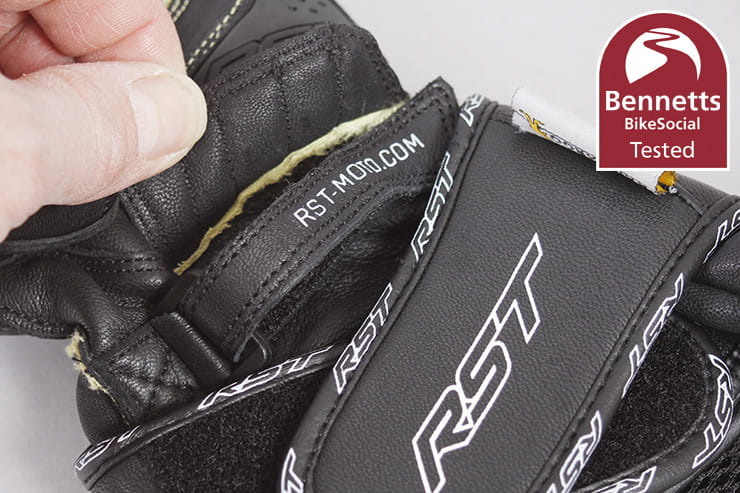 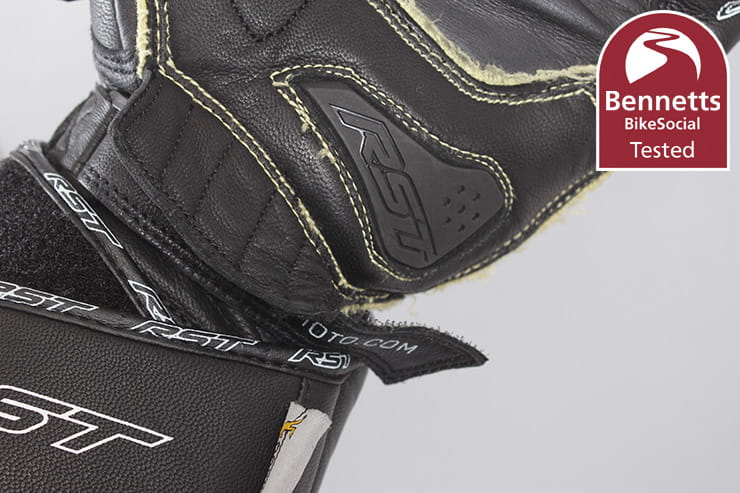 These aren’t in any way waterproof, and if you do get soaked, expect to get black hands, at least the first few times.

As with any leather product, if your gloves get wet don’t try to force them dry with heat – just leave them to dry naturally or the leather could crack. To learn how to care for leather, click here. 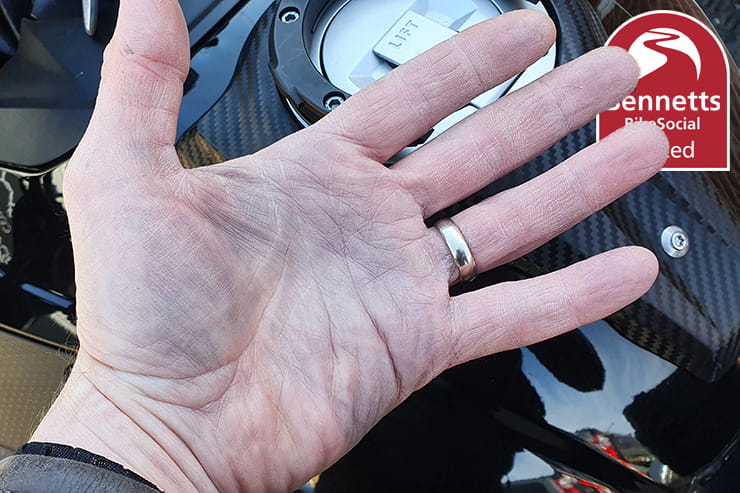 There’s a bit of leaching at first with these gloves

There’s no lining on the palms of the TracTechs in order to give the best feel possible, though the tops of the insides are lined with Kevlar. It used to be just called aramid, because Kevlar is an aramid fibre, but RST now has the licence to use the official DuPont branding.
Some initial dye leaching aside, these are great, never feeling sticky or slimy like some lined gloves can in the heat. 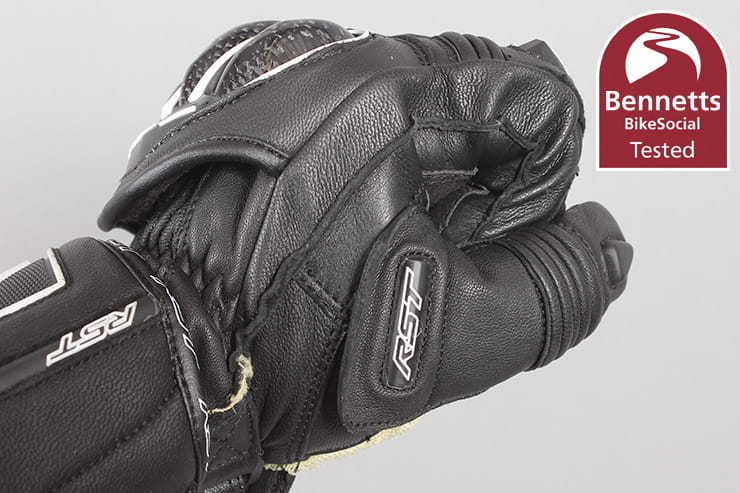 A minor grumble about the length of the wrist strap aside, the RST Tractech Evo 4 gloves continue the trend of offering fantastic value for money. My benchmark for summer gloves has long been the Racer High Speeds, but with a retail price now of over £200, the RSTs really do represent great value for money at less than half that.

You may well find the previous models at a discount for a while and they’re no less of a product; snap them up if you can, but the new Evo 4s remain an impressive pair of gloves at a great price.

Do you have a pair of these gloves? Email us at enquiries@bikesocial.co.uk to tell everyone what you think of them…