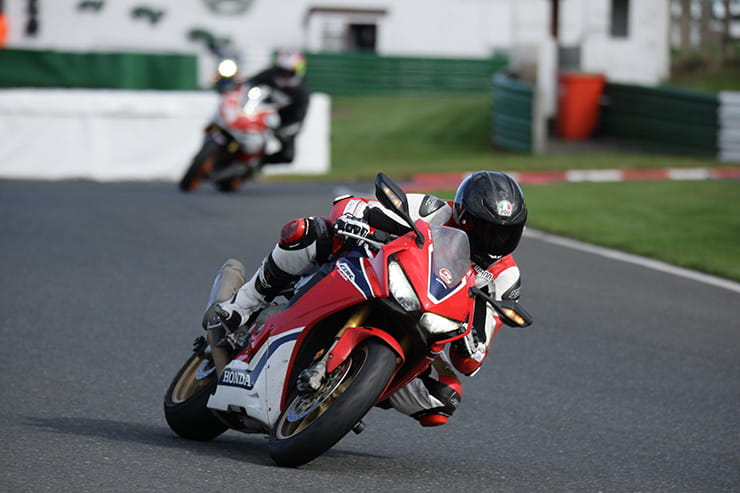 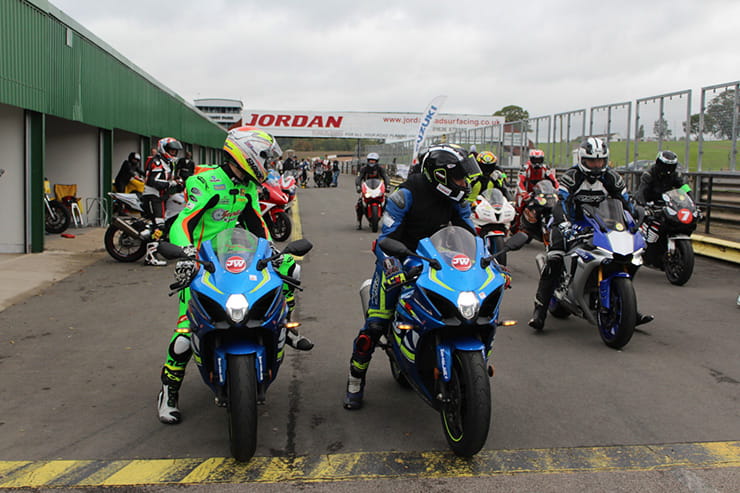 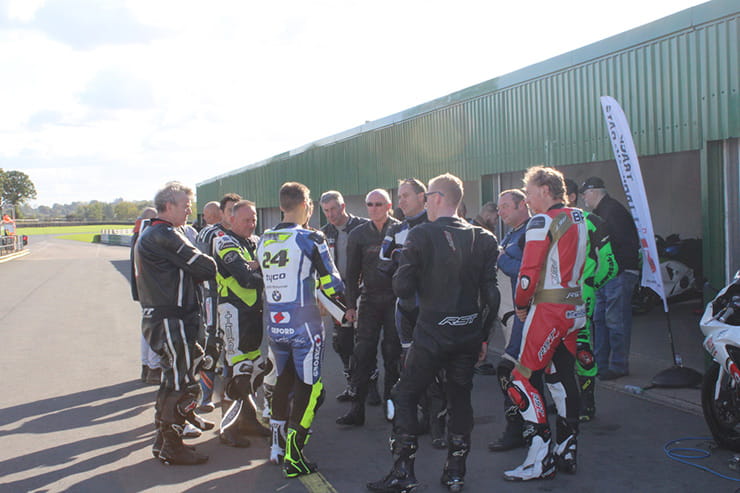 “If I’m going to drill one point into you today, it’s ‘warm your tyres up’ before giving it too much lean angle,” says my instructor for the day at the James Whitham Track Training School, Christian Iddon, the current Tyco BMW British Superbike rider and 9-time British Supermoto Champion.

What happened next? Yep, first lap out of the pits on the last morning session and Iddon dumped it going into the left-hander at Edwina’s, low-siding right in front of the photographer. The Mallory Park circuit was drying quickly after a wet start to the day but Iddon had not heeded his own advice. Thankfully that was the one and only red flag of the day in what is usually a crash-free course, so says its namesake, James Whitham the former British and World Championship competitor turned BSB, WSB and TT TV commentator.

Just like a normal track day, circuit time is split into three 20-minute sessions per hour with a group dedicated to the least experienced riders, an intermediate group and a fast group, depending on the riders’ ability. However, at this course the groups are small – a maximum of 20 per session but usually it’s 8-10 and what’s more, there a household named racer or two demonstrating how to do it before, during and after each session. This is the formula for success according to Whitham, “Good instructors and plenty of track time”.

The rider coaches lining up to help at Mallory on the day I attended alongside Iddon were Richard Cooper, Lee Johnston, Dean Harrison and James Westmoreland. 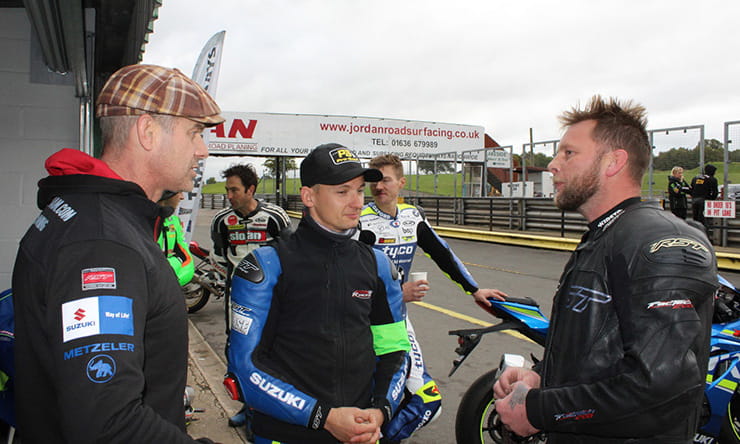 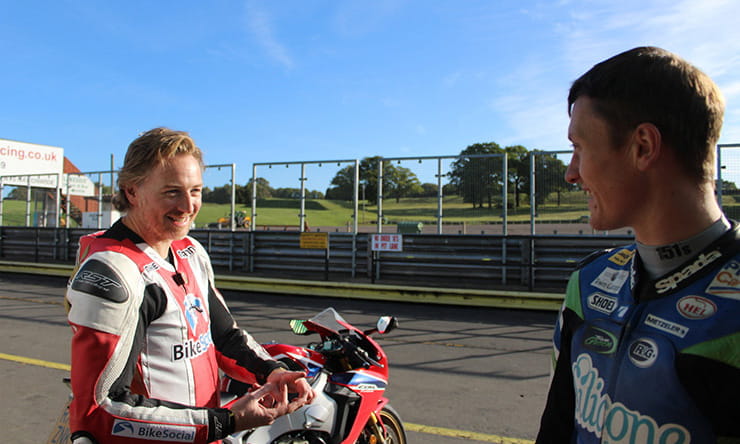 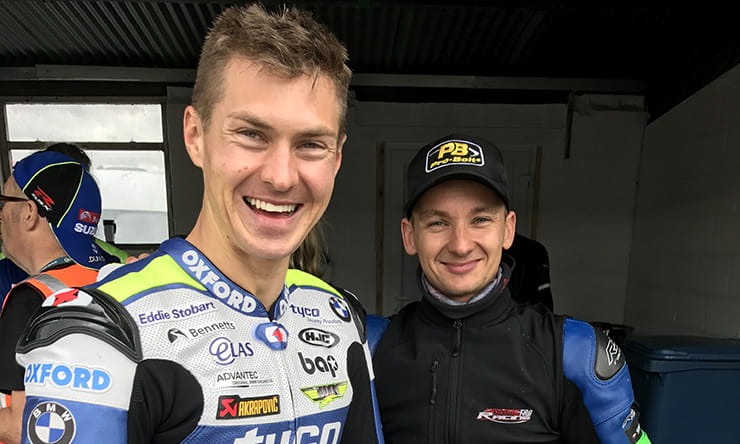 The post-session feedback is fairly curriculum based depending on the groups experience but interaction is key and if there’s a particular line, braking point or throttle pick-up related question then the instructors are all there to help. The only classroom situation is at the beginning of the day where Whitham & co. point out the do’s and don’ts once everyone is signed in, had their licence checked and are allocated a group – it’s very relaxed. Except the safety briefing for obvious reasons.

Riding my long-term loan 2017 Honda Fireblade SP, I was cautious of the noise limits at Mallory Park. The bike had been fitted with a full Akrapovic exhaust system and while the noise tester measured it at 96dB at 5,500rpm with the baffle in at the compulsory static test, the track-side meter clocked me at well over the 98dB ride-by limit. Disappointingly this meant I had to short-shift while coming around the Devil’s Elbow corner and stay to the left hand-side of the circuit away from where the sensor is based.

Still, at least I got to stay and learn! Iddon had followed me for a couple of laps each session during the morning and had talked about planning the exit of the hairpin plus the bus-stop chicane to my advantage to perfect a line around the long, downhill, off-camber left of Devil’s Elbow onto the start/finish straight.

We discussed aggressive turning to get corner over more quickly because the more time we can be at full throttle, the quicker the lap will be. Getting the bike up and onto the full, fat part of the tyre means the physics of moving your body and the inputs required for entering, apexing and exiting the corner need consideration – for example, my body weight makes up 31% of the total rider/bike combination. That’s plenty of weight to moving around on a powerful sportsbike and potentially making it unstable.

An example of which is on the approach to turn one (Gerard’s), slide your bum across and simultaneously brake as you lift your head. Pop your knee out which acts as a wind break and settles the bike before tipping it in. 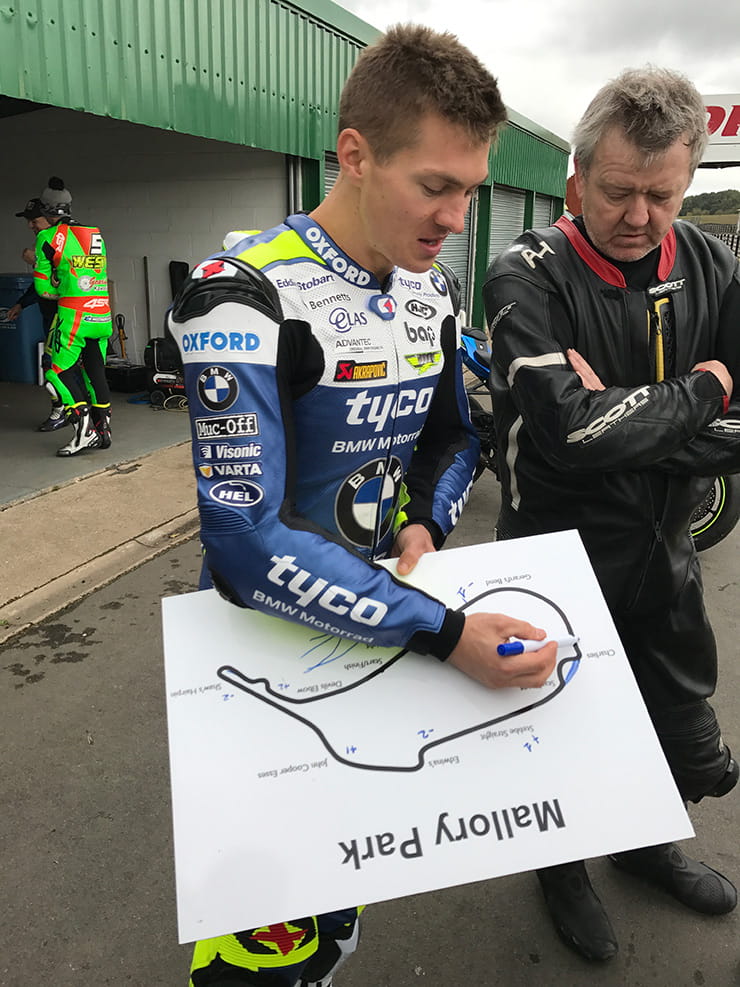 Riders and especially racers have different styles and reference points for how they lean, where and how they brake, etc. so Iddon recommends using a track day to experiment with your own style. For instance, he often gurns towards the end of the relevant side of the handlebar when tipping into a corner!

The man himself talked about his style of instructing, “I try and get people to relax and chill out a bit. I’d rather people ride within themselves because they get more out of it, by firstly taking it back a notch. Usually you find at a track day are folk trying to go fast in the wrong places so it’s about pulling it back a peg and make sure their lines are spot on and their body position is right and then later on in the afternoon then we start to add a bit of pace. So they’ll become a better and quicker rider without even noticing.”

So, rather than taking your money and opening up the track for as many as can be squeezed on, the JWTTS limit the numbers on track at any one time pus offer a high quality level of instruction based on interaction rather than pure curriculum making it both a more relaxed and beneficial track-based day.

Earlier this season we caught up with Iddon to give us his Top Track Day Tips, check it out:

What you will need: 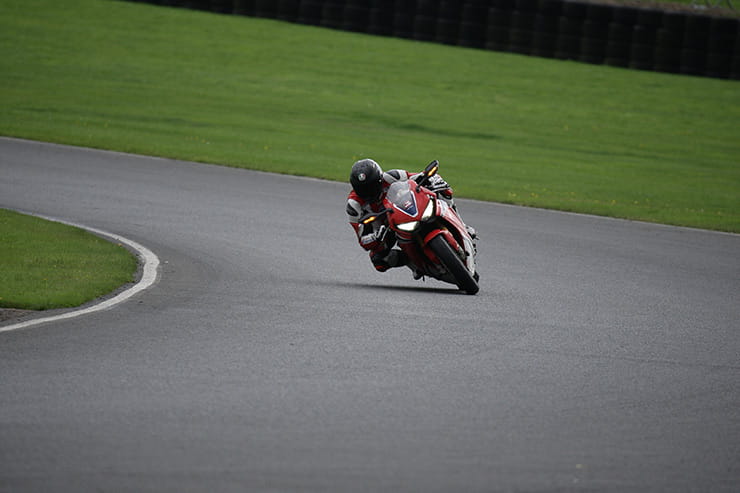 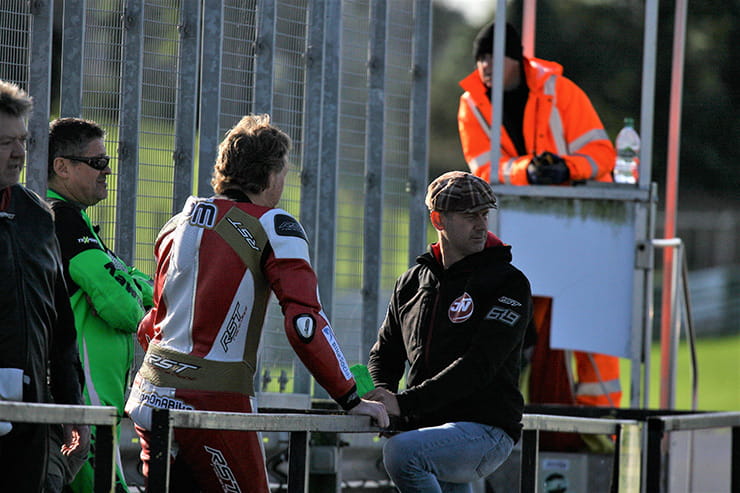 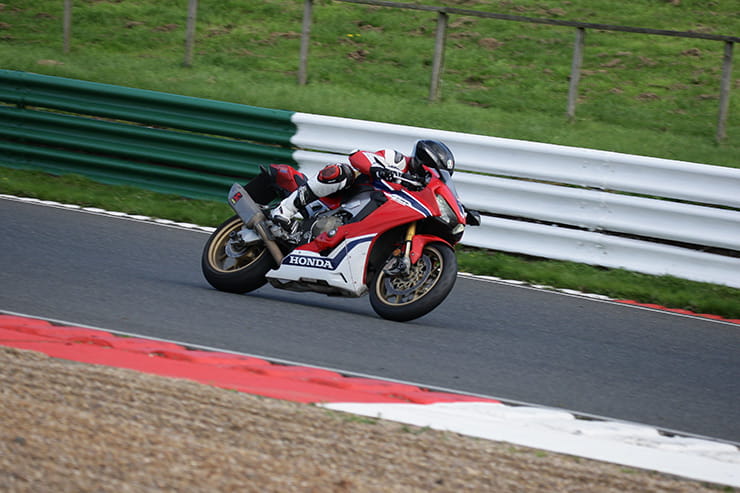