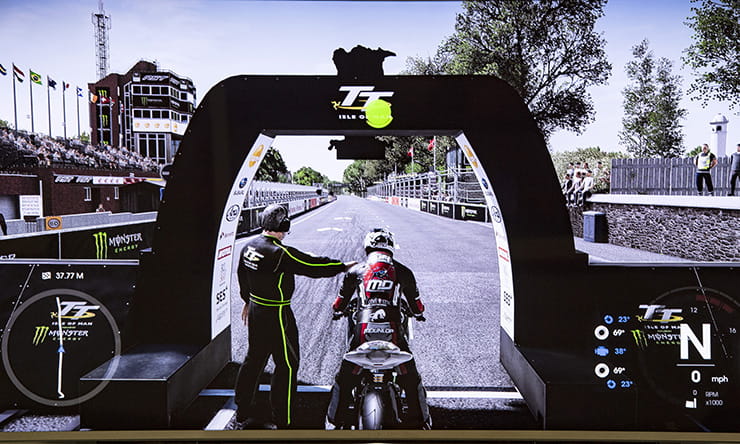 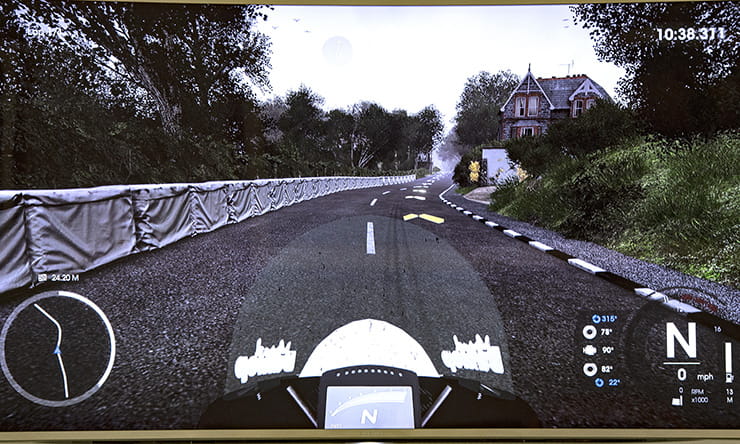 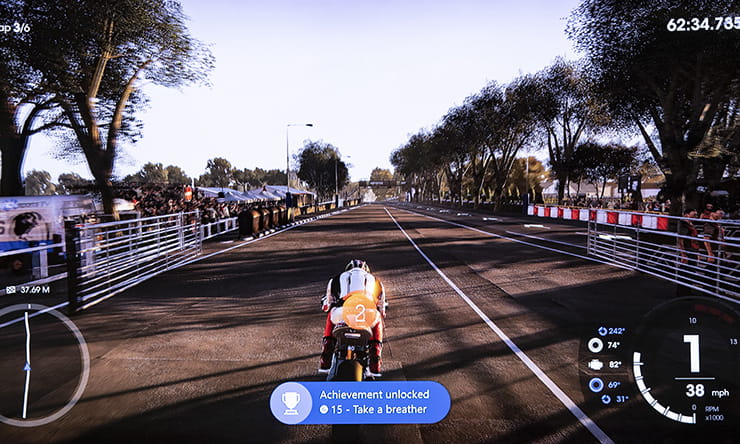 With the Isle of Man TT unfortunately cancelled this year, then what better way of satisfying your TT hunger when staying at home than getting your hands on the latest TT game from the developers Kylotonn; TT Isle of Man - Ride on the Edge 2 is available on PS4, Xbox One and PC. It’s coming in the middle of May to Nintendo Switch.

I’ve dedicated a number of hours to my research so far and my 16-year-old stepdaughter, Ella, a MotoGP race and game fan, has joined me (and shown me up) for a couple too. She found it really difficult to play compared to the MotoGP game and I agree, as there is obviously no runoff, so you have to be accurate and have full concentration at all times.

Of course, when you download the game it’s only right that you should do a lap of the Mountain Course as your favourite rider. There aren’t many riders to choose from when selecting Quick Start. Only five Supersport riders, nine Superbike riders and four classic. The visualisation from the speed and vibrations throughout the controller are great but if you ride a bike, and I don’t mean at TT speeds, you find a floating sensation through the controls and even in amateur setting, the slightest touch on the curb or grass sends you sliding down the road.

Since the first game released in 2017 there’s been vast development in terms of bikes handling but it’s still not as accurate and life-like as I’d expect. The developers, Kylotonn, have used their expertise from creating the much-loved WRC games with the graphics for weather changes being particularly impressive. For example, the low sun over the mountain made me want to turn the controller off and get my real bike out of my real garage. 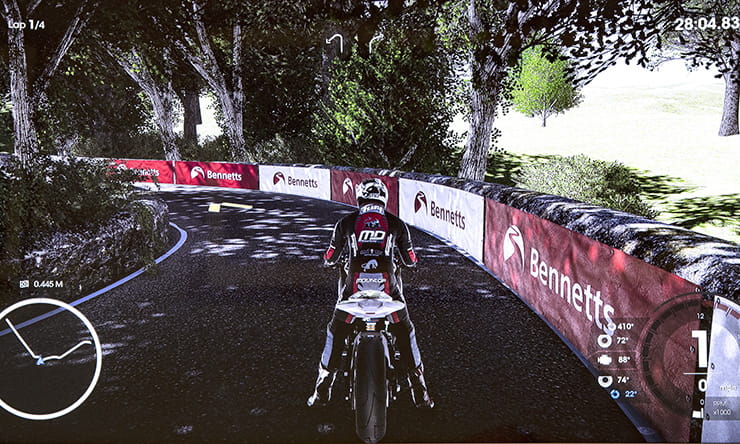 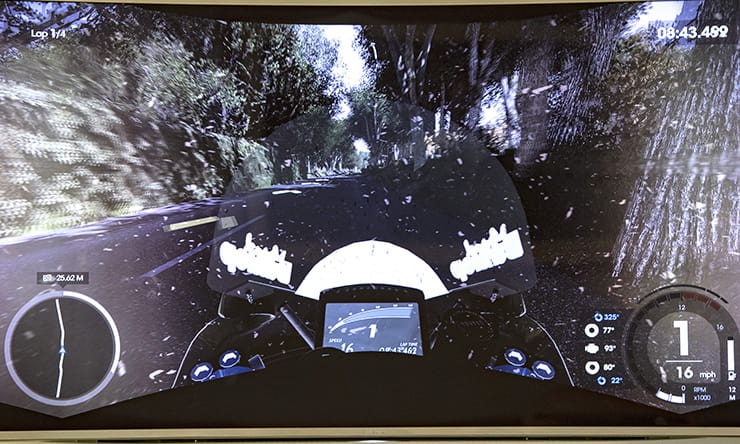 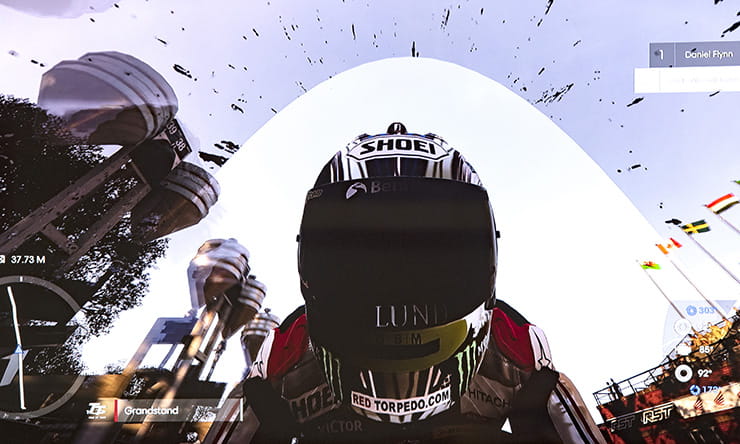 With all motorsport games these days, the developers scan the circuits or courses so the actual 37.73-mile TT lap is realistic. The sound of the wind increases with speed and changes when passing tress and buildings and the noise of the bikes varies for each bike and riding mode.

I especially liked the popping and banging of Steve Hislop’s Norton NRS 588 when going up and down the gears. This is one of the four classic bike options in the Quick Race mode, alongside a 1972 MV Agusta 500 Three, the 1982 Suzuki XR69 and Joey Dunlop on the 1980 Yamaha TZ 750.

The vibrations through the controller are a nice touch when going up the gears on all bikes with a little kick from the quick shifter. When it comes to the graphics of the rider it feels like a game that’s 10 years old. The rigid movement and proportions are obvious and when you crash past the adoring crowd you notice their proportions are out too.

The different riding modes are good, and the on-board helmet perspective is entertaining but I couldn’t control the bike in that mode.

The bike handles better at faster speeds but at slow speeds it is very awkward to steer, and the graphics fail again at this point as the rider becomes very stiff.

What’s interesting and worthy of praise it the difference in controller reactions between the different classes with the Supersport bikes turning much quicker than the Superbikes.

The Career mode allows you to build up your bike portfolio by winning races or doing well. This unlocks new bikes, mechanics and parts. There are 34 riders to choose from including the ‘Livery’ section that allows you to scroll through the riders, although it looks like the riders have been asked to submit a head and shoulders shot of themselves rather than the developers creating a standard look which repeats through the selection.

There’s a wide selection of riders and liveries to choose from such as Jamie Coward on the Yamaha YZF-R6 to Bruce Anstey on the Valvoline Racing Padgetts Honda CBR 600 RR. You can be Connor Cummins on his Milenco Padgetts Honda Fireblade, lap-record holder Peter Hickman on the Smiths racing BMW S1000 RR or Dean Harrison on his Silicone Engineering Kawasaki ZX-10R, for example.

An eight-player multiplayer is available as a live race, too. 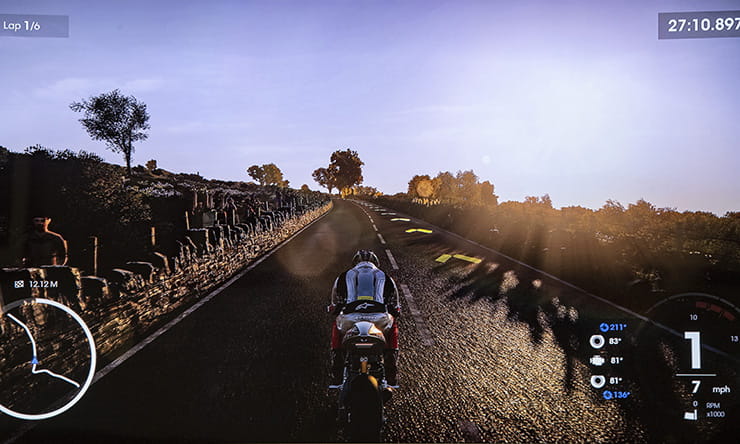 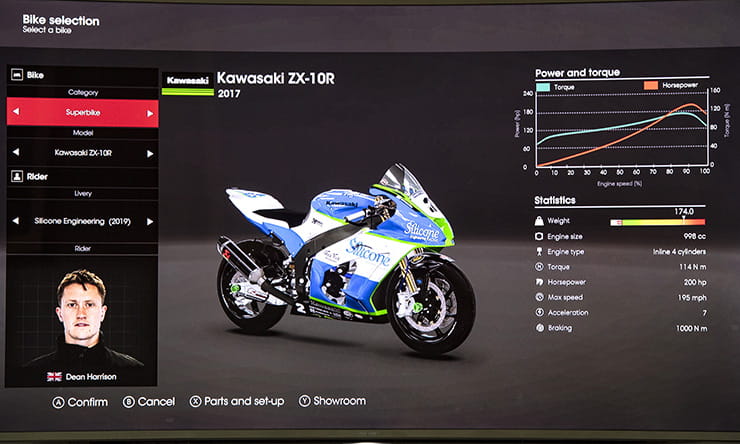 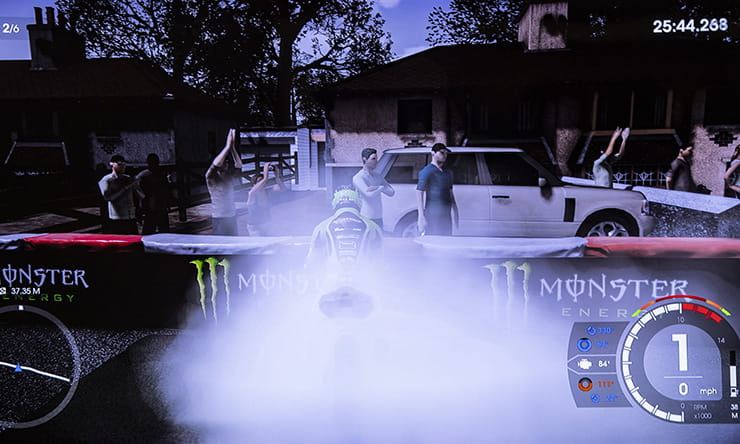 I can normally control the bike or car in advanced settings in other games but I found the advanced setting on this TT game were very hard to control. For a start, if you are unsure where you are going there is a small directional arrow that faintly appears at the top of the screen and there is a map on the bottom left. If you take your eyes off the rider to look at the map you end up crashing as there is no room for error. But at least the rider aid that demonstrates when to brake and when to accelerate helps.

I stayed in amateur mode and I lost count of how many times I crashed but, naturally, the longer you play it the more you become used to the controls and the way the bike reacts.

At one stage I thought I was going quick over the mountain but only managed 109mph as John McGuinness on the Norton V4 RR! After a bit more practice I’m better now.

Any other circuits to play on?

For me, to ride the TT course from my sofa is the reason to play the game but there are other circuits to try out. A number in England, Wales and Ireland but there isn’t the Southern 100 which is disappointing.

There is a ‘Free to roam’ setting where the player can ride a number of roads while selecting different bikes. But I can’t see why you would use this when you have a time to beat on the Mountain course! 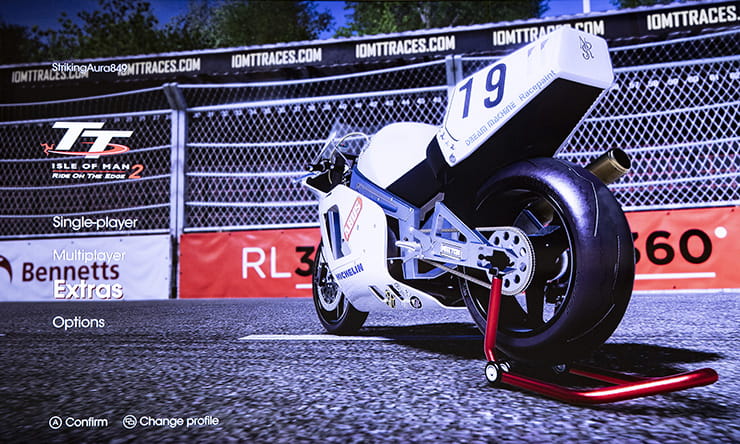 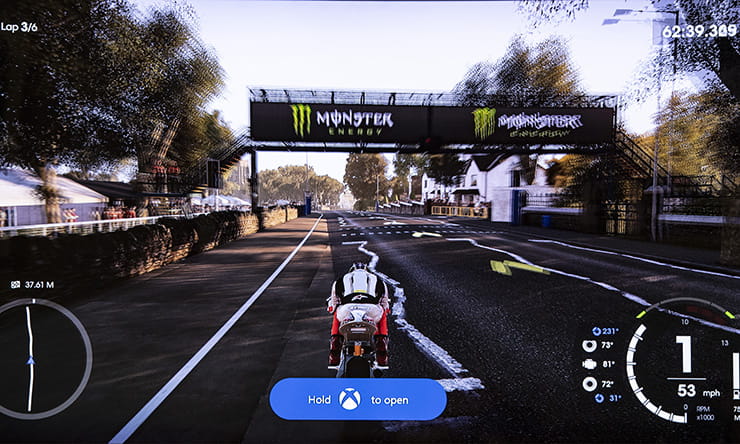 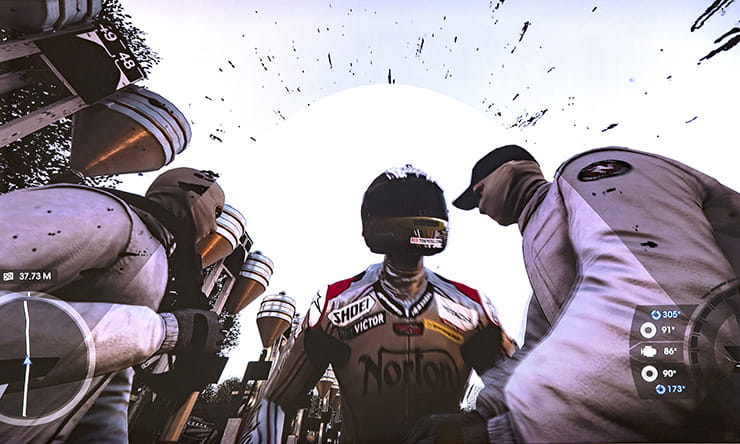 Like with all computer games the need for realism is searched for and never really found. This game isn’t perfect and sometimes you feel like you’ve gone back to the arcade with awkward manoeuvres when turning or the inevitable crash happens and you see the crowd, but the positives far outweigh the negatives.

The career mode is a challenge and the draw to get back to riding the TT course to experience riding through Kirk Michael on McGuinness’s Norton or through Glenn Helen on Michael Dunlop’s Yamaha YSZ-R6 is quite addictive.

The more I am playing the game the better I am getting, especially with learning the circuits, where to back off and turn in early or later. So, don't give up if you do crash a lot, keep playing and maybe like in real life you should ride slower, learn the course and the speed will come.