How to fully rewire a motorcycle: Guidebook review 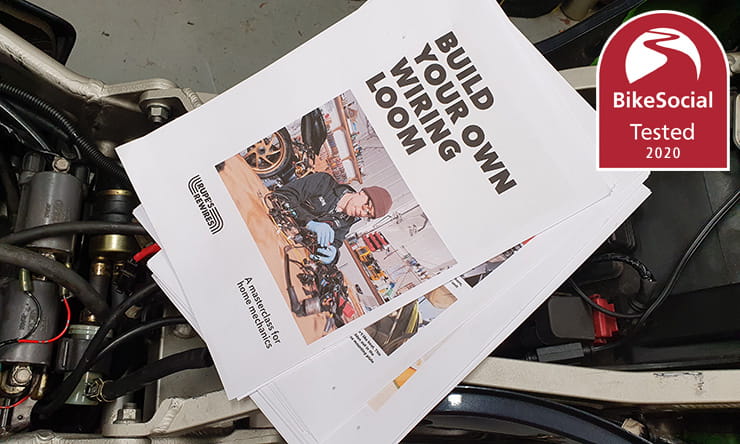 Motorcycle electrics can be incredibly daunting; many DIY enthusiasts are put off fiddling with their bike’s wiring due to the simple, unavoidable fact that you can’t see things happening with electrics. There are no levers or cogs to watch in motion – lights either come on or they don’t. The horn toots or it doesn’t. And that’s the easy stuff… when the bike doesn’t run due to an electrical fault – particularly on an older machine – things can get very confusing, very quickly.

Rupert Paul is a motorcycle wiring specialist; he’s worked with motorcycles most of his life, including spannering for race teams, studying motorcycle engineering at Merton Technical College, and working as a road and race mechanic for Steve Wynne’s Sport Motorcycles. Mike Hailwood rode the Ducati that Steve built to victory in the 1978 TT, and you might remember Rupert as the editor of Performance Bikes magazine between 1988 and 1994. Now, Rupert’s creating wiring looms for bikes, and has shared his knowledge in a well-presented PDF download called ‘Build you own wiring loom’… 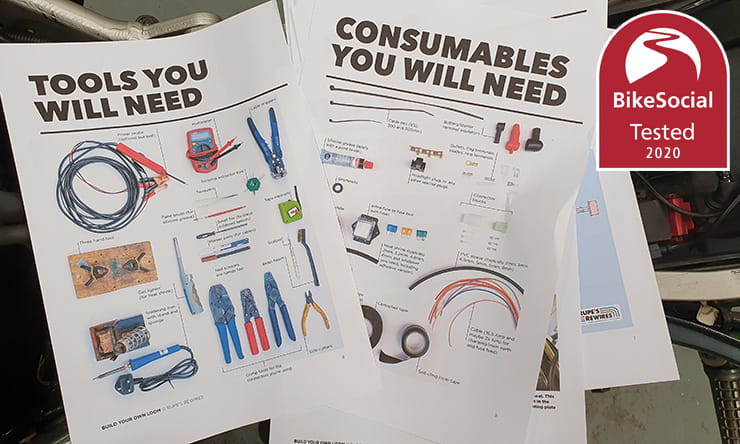 Who is the wiring loom guidebook aimed at?

Described as ‘a masterclass for home mechanics’, this 44-page PDF is most suited to those working on pre-CANbus bikes. Modern machines can carry multiple signals on each wire, which makes them a lot more difficult to work on, and also prone to very complex issues should you make a mistake; the main beam supply on a KTM 1050 Adventure, for instance, also carries the crank position signal. As I found out after days of trying to work out why my auxiliary spotlights kept flickering.

Of course, there’s a lot of advice around understanding wiring diagrams and repairing or joining cables that means that, even if you’re not planning on building an entire loom, this PDF will be of immense help.

I’m reasonably confident with motorcycle wiring; I can read the diagrams in the back of Haynes manuals, I can install – and remove – Thatcham-approved alarms and trackers, and I have a reasonable knowledge when it comes to fault-finding on older bikes. But Rupert’s guide still proved more than worth the £20 asking price as I learned a lot through the various tips about repairing and upgrading motorcycle electrics, as well as finding inspiration for better ways of tackling projects. 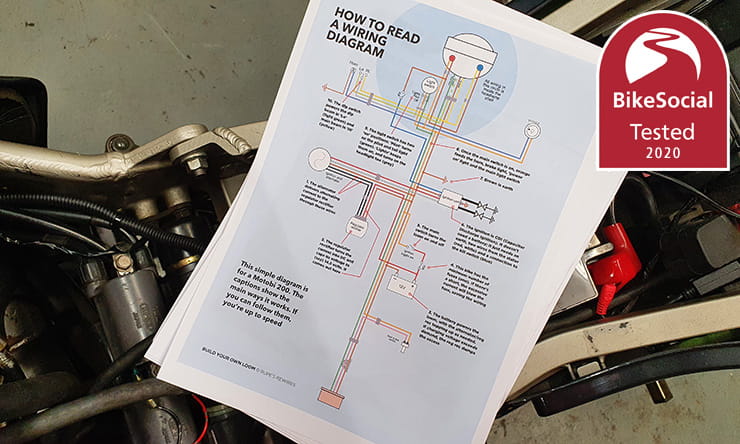 Will this really show me how to build a complete wiring loom?

Yes, to a point. The book starts from the basics, covering all the tools and consumables you’ll need (and not prohibitively expensive ones either). It then takes you step-by-step through routing the wiring and building the loom, but you do need to have some form of DIY ability; if you shy away from fitting a screen or a hugger to your bike, then this will likely be a step too far. If you’re happy to do some of your own maintenance, but get nervous when it comes to the birds-nest tied to the frame, this should give you the confidence to upgrade a charging system, renovate a classic or even build a complete loom for a custom bike.

While the stages are well explained, you’re expected to know your way around the basics of a multimeter and know what it means to ‘tin’ wires when soldering. It also helps to have a basic knowledge of electrical symbols in wiring diagrams – as Rupert himself puts it: “It's about 25% of what I have learned doing 209 bikes (and counting). More than enough to build a good loom. The other 75% is so nerdy it would take hundreds of pages and bore people to death.”

Being a PDF, Rupe’s able to update it over time, so anyone who invests in it will be able to get any new versions that become available. 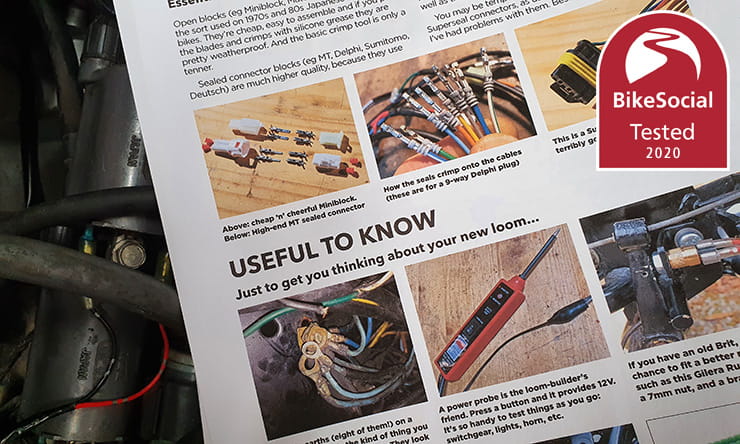 In a world where the internet brings knowledge (of varying accuracy) to everyone for free, it’s going to be a tough job to encourage some to spend £20 on a PDF download. But people skilled enough to make a living out of something need to make a living out of it, and there’s plenty in here that will be of benefit to almost any home mechanic.

Brilliantly written and presented, I found this a fascinating read, and by the time I’d finished  I’d picked up some great tips that I didn’t know around laying out and wrapping multiple cables, the good and bad of various crimp designs, stepping up wires and checking a regulator/rectifier.

Rupert Paul spent many years explaining how things work as editor of Performance Bikes, and this easy-to-read manual reflects that skill in technical writing and journalism, more than warranting the £20 asking price. Of course, it helps if you can print the 44 pages out on a work printer for free – I much prefer paper copies to peering at my phone – but you’d pay a lot more in a classroom for the training this provides, and it’s a useful reference you’ll be able to go back to any time.