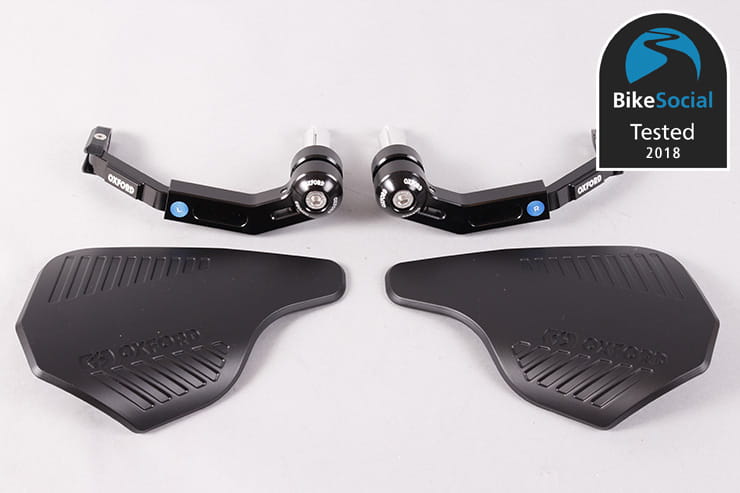 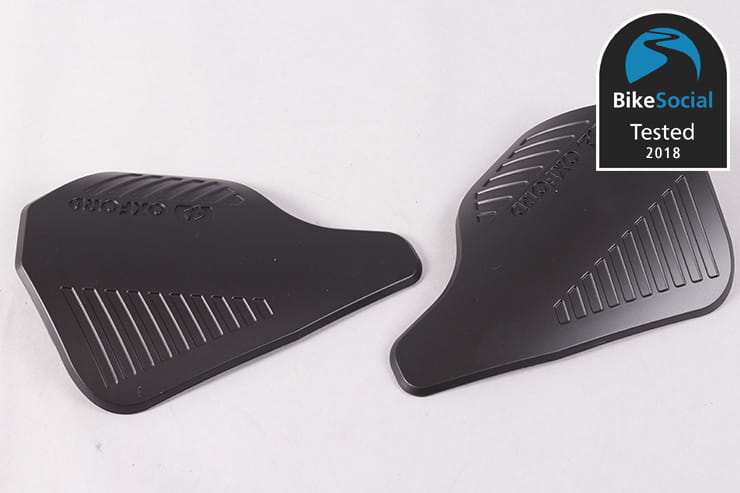 My daily commute consists of 55miles of busy single- and dual-carriageway with plenty of filtering through heavy traffic. It’s somewhat inconvenient that most car wing mirrors are roughly the same height as our handlebars; while a couple of late lane changers have clipped my bar ends with their (ironically unused) mirrors, I’ve been lucky so far that they’ve missed my levers. It doesn’t bare thinking about how disastrous a quick knock of a front brake could be in tightly packed yet flowing traffic. Lever-guards are exactly what I need…

The Oxford lever-guards are made of aluminium alloy, so they’re light yet feel sturdy and have an elegant design that’ll look the part on any modern adventure or sports bike. The kit comes with everything you need to fit them to either sleeved or open handlebars, and fitting really couldn’t be simpler; while they didn’t come with instructions, the packaging makes it pretty obvious what to do, and to have both mounted (including taking my Versys 650’s existing hand guards off) took less than 20 minutes.

I admit I was a bit disappointed with the hand-guards, which were rather small compared to the size of the box. They were easy to fit, but are considerably smaller than the Kawasaki items (and even they’re pretty small compared to my Barkbusters). They also felt a little thin and flimsy compared to other brands’ offerings like Acerbis. 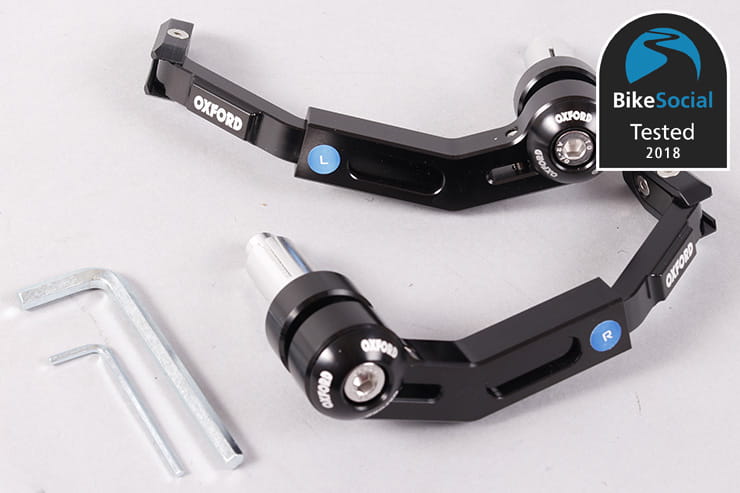 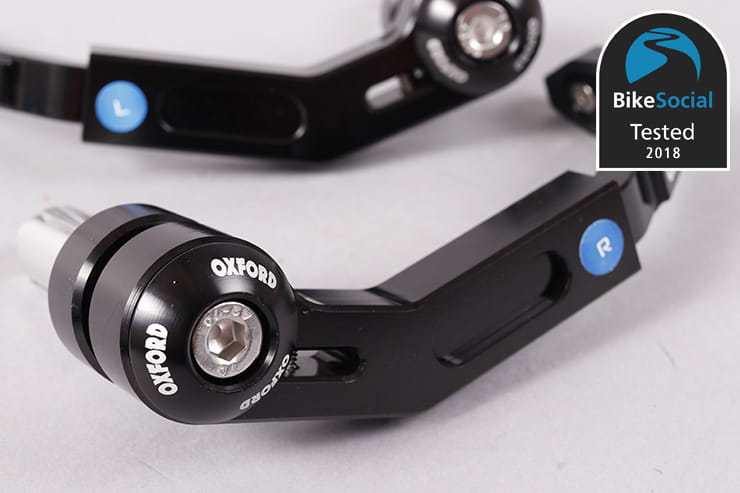 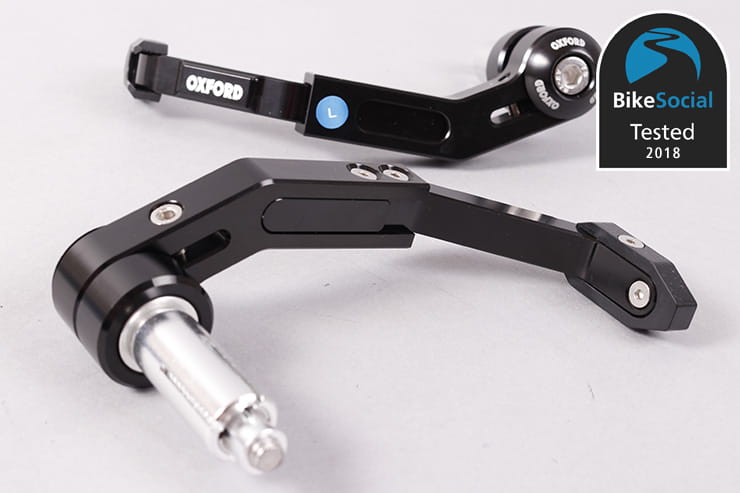 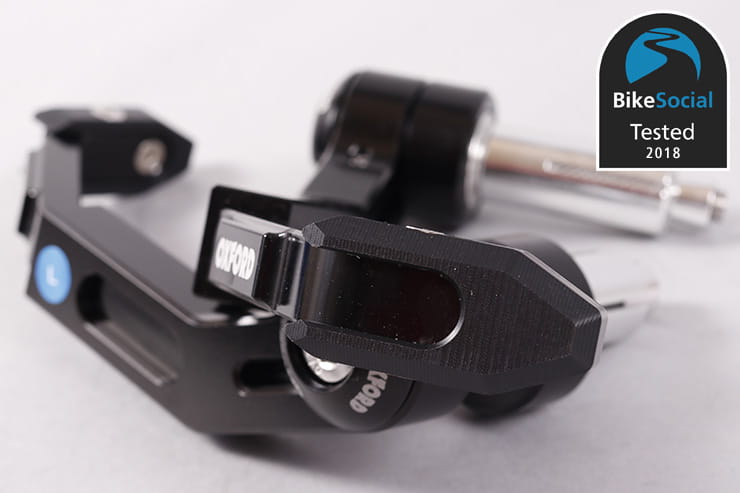 The lever-guards are highly adjustable for both width and reach, so there’s no fear of the guard interfering with the operation of your clutch or brake. On long bumpy rides they stayed in position and didn’t move even after a day in the saddle.

In an impromptu test, my son accidentally knocked my bike off its side stand; the guard did a cracking job of protecting my clutch lever, didn’t move, and the only evidence of the fall was a scuff. Full marks on the protection front – a fall is a sterner test than a glancing blow from an Audi wing mirror.

The hand-guards were a bit of a let-down when compared to the quality feel of the lever-guards; while I don’t doubt that, while green-laning or filtering they will protect your mitts, most of us fit hand guards to protect our hands from the cold. And on this front they fail miserably. They’re simply too small, with cut-outs where you need them least. The first moderately cold snap had my fingers chilly and reaching for the heated grips in under an hour. Weirdly, they seem to deflect the wind up your sleeve rather than over your arms.

Whether you’re a seasoned track-day veteran or a regular rush-hour commuter, Oxford has made some great lever-guards. Quality manufacture, stylish, solid and lightweight; you’re never in doubt of their ability to take a hit (as my son’s faux-pas demonstrated). I highly recommend them for their function.

However, as a hand-guard there are much better-performing and cheaper options out there. It’s a shame really – if the hand guards had felt as well-designed and built as the lever-guards, rather than an afterthought, Oxford could well have had a market-leader on its hands.