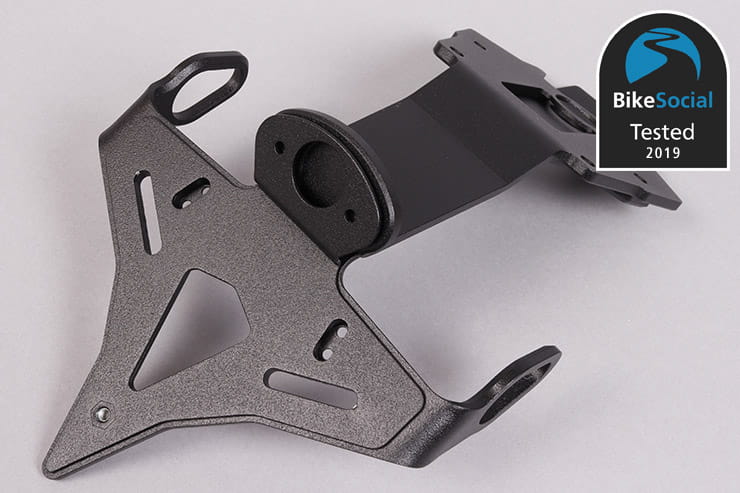 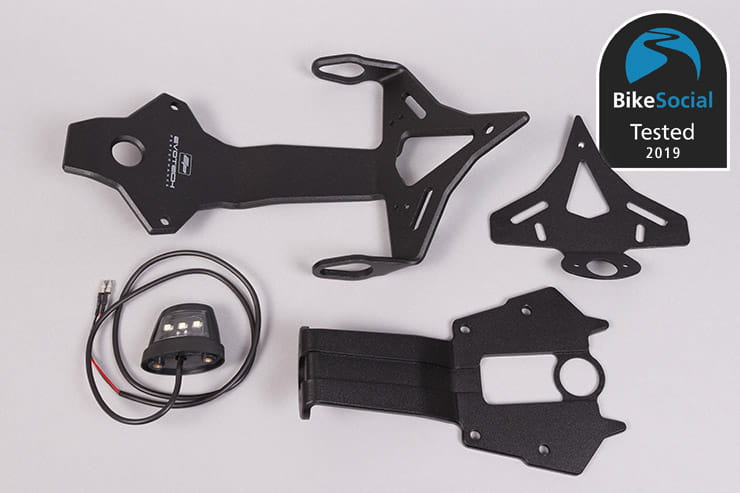 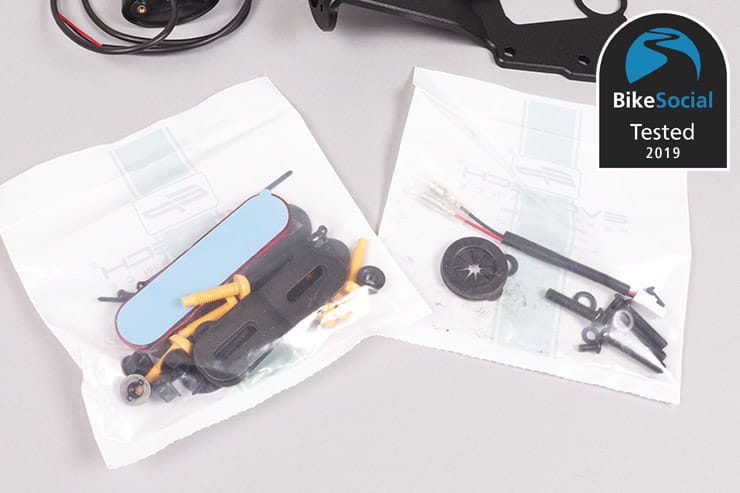 With homologation regulations demanding that a motorcycle’s number plate is positioned behind the rear wheel, bike manufacturers often need to have long-reaching carriers for the plate. This Evotech-Performance tail tidy for the Yamaha MT-10 completely replaces the OE mudguard and carrier, creating a much neater rear-end for the bike.

Alternatives to the Evotech-Performance part include Yamaha’s own licence plate holder; priced at £124, to toe the manufacturer homologation guidelines it’s the same length as the original, but the centre arm can be removed as the fitting holes in the top bracket and the plate holder are the same.

Entirely designed and made in Alford, Lincolnshire, the Evotech-Performance MT-10 tail tidy is constructed of machined aluminium with an exceptionally tough powder-coat finish. The company also produces specialist parts for everything from gas turbines to high-performance brake rotors, so the unassuming industrial unit hides a fleet of top-end CNC machines, a massive table-top cutter, press and fold machines and even a large dedicated powder-coat line.

As is the case across the company’s range, this tail-tidy is very well made, with a clever design that hides the wires between the perfectly-finished aluminium plates.

With some police forces (Germany especially) being very hot on number plates that are set too horizontally, any tail-tidy should position the plate to not attract the attention of officer. The tricky thing is to make sure that, under full compression of the suspension, the rear tyre can’t touch the plate and potentially cause an accident; the 3D scanning equipment that Evotech-Performance uses in development ensures this can’t happen.

Over eight months, the powder-coat finish has shown no signs of wear or chipping, and as it’s entirely made of aluminium, it’s lightweight and won’t rust.

The original number plate carrier weighs 984g, while the Evotech-Performance version is 521g. 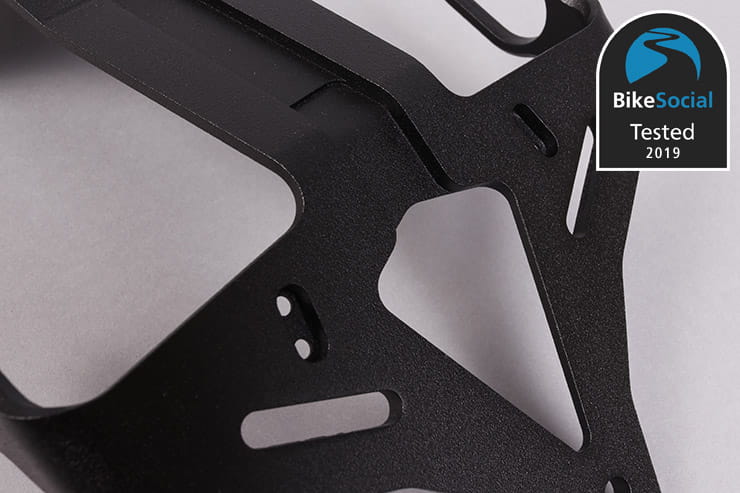 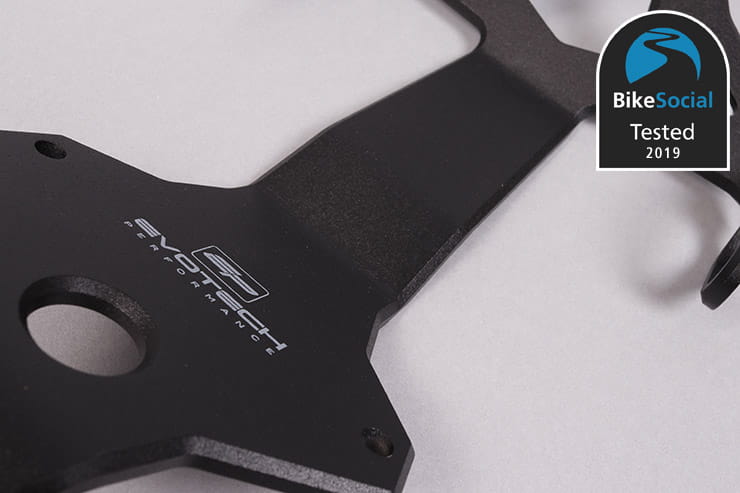 The finish is great, with every detail machined out of aluminium before being covered with an extremely tough powder-coat

The tail tidy doesn’t come with printed instructions, but a PDF is downloaded from the website to print out or view on your phone, tablet or laptop. I’d prefer a printed sheet, but the guide is well laid out and generally fairly easy to follow.

The instructions explain how to strip the original number plate carrier off, and the standard indicators are reused on the Evotech-Performance unit; of course, you can use aftermarket if you want, but the Yamaha ones are so well styled and already LED, why would you? 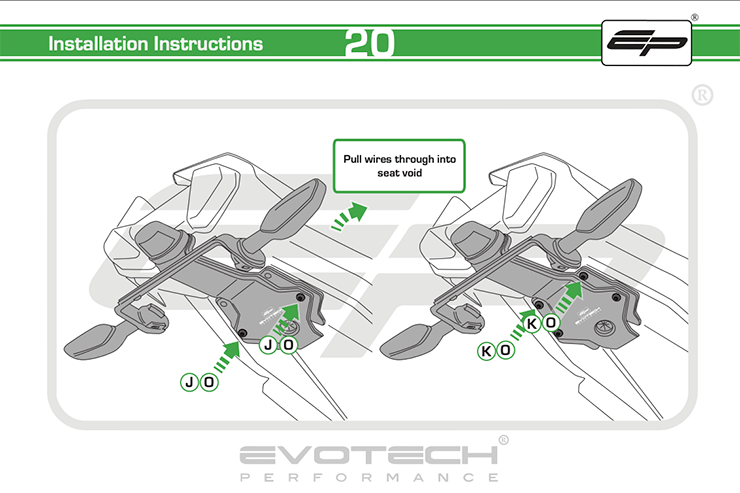 Washers are used with many of the set screws, but I did miss this, so had to take the unit off the bike again to refit them; the instructions were a little unclear here – I think it would be better to see a picture of the screw and washer.

The indicators are a struggle to get out of the original carrier and into the new, but a little warmth with a hair dryer (be very careful) can help soften the stiff plastic. It also helps to try different angles as you pull at them; twisting them back away from the gap in the flanges while using something plastic like a door trim tool to help pry them makes life easier. Go back in the same way – small end in first, then push forward while teasing the flanges into place. The Yamaha indicators can be quite brittle in the arms, so take care – I snapped one of mine by brushing against the bike, but was luckily able to glue it.

The indicator wires are a little fiddly to tuck between the aluminium panels during assembly but the results are so neat it’s well worth it. The LED number plate light comes with an adaptor cable that means you don’t have to hack into your bike’s wiring – a very nice touch. The instructions state that the lamp has black and purple wires, but mine were black and red; the key thing to note though is that the adaptor is plugged the opposite way into them – black to red and red to black. 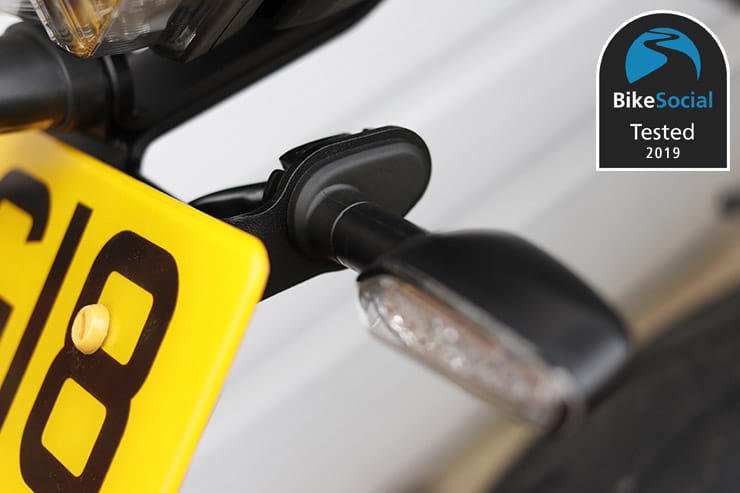 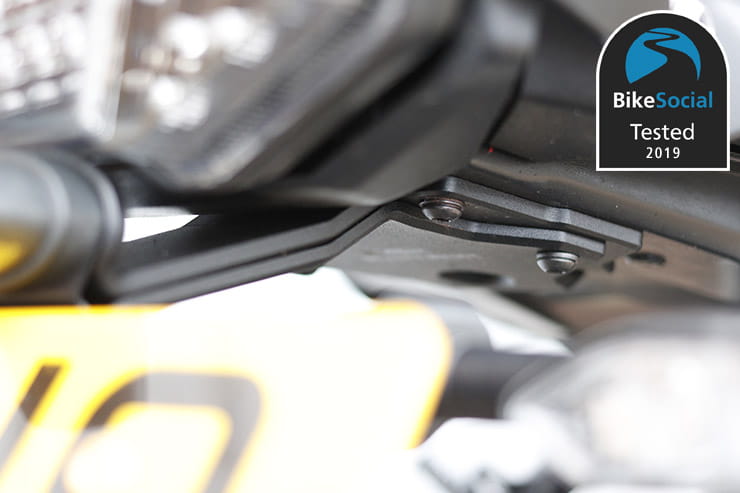 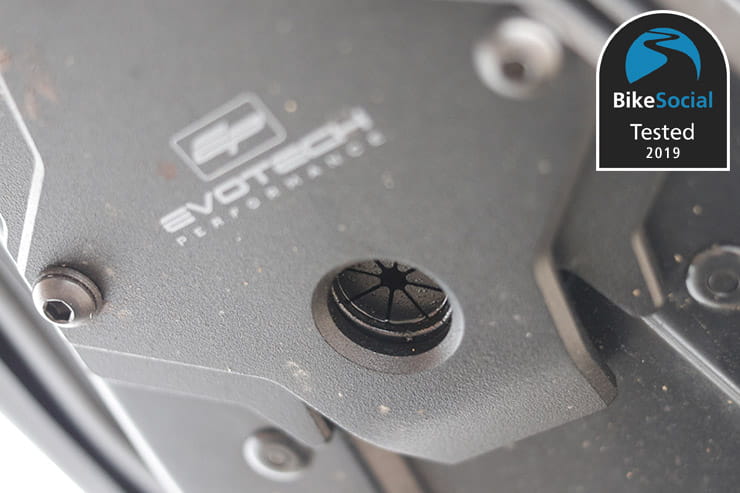 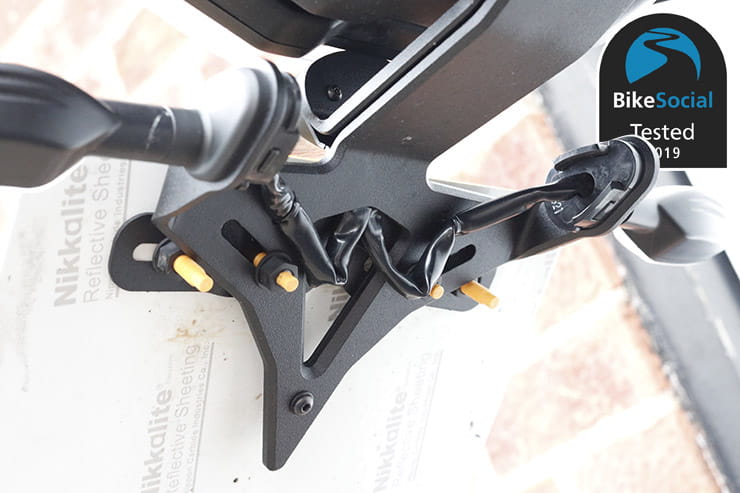 Everything that you need is supplied with the Evotech-Performance tail tidy, including a nicely shaped, quality reflector (vital to pass an MoT), and adaptors for your number plate, so you don’t have to have a new one made to match the new fixing holes. These adaptors offset the plate a little, and if you knock the plate hard enough it shifts – it didn’t bother me, but you can always have a fresh plate made and drill it to suit if you want.

Needless to say, in wet weather there’ll be a lot more spray up your (or your pillion’s) back. The main thing to note though is that, while the original plate carrier had a sprung cover for the seat key hole, this has a rubber grommet with a star-shaped hole in it; it does offer some protection, but it’s still going to get dirt and grime hitting it in really bad weather. Also, as you can’t see the key hole very easily, it’s a little trickier to get the key in.

The indicators are very well positioned, not losing any visibility to following vehicles, and while they’re the same distance apart, they seem a little less vulnerable to getting knocked than they did on the original. 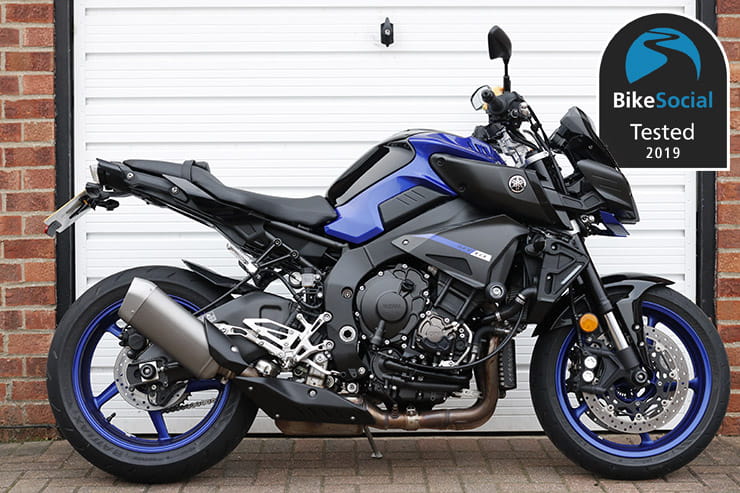 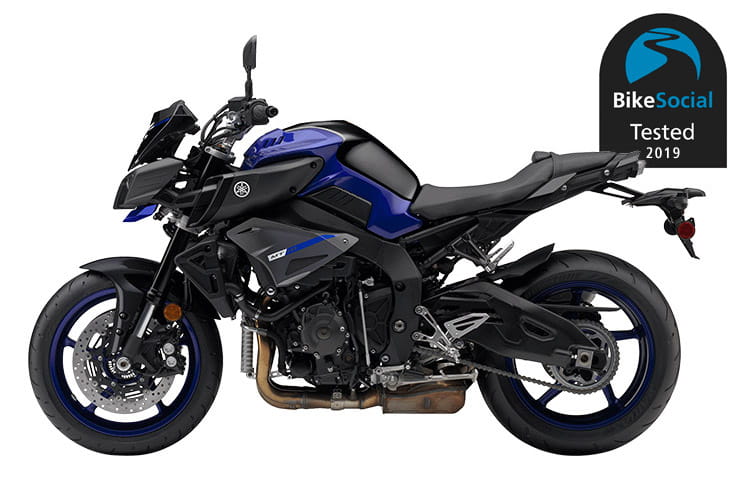 The Evotech-Performance MT-10 tail tidy is really well made and finishes the bike off a treat. The design and construction means it looks factory quality (beyond it, to be honest), and while fitting could be a little simpler with slightly clearer instructions, it’s well worth the hour or two it takes.

Unless you’re commuting every day, having to deal with really bad weather, I wouldn’t hesitate to recommend it.